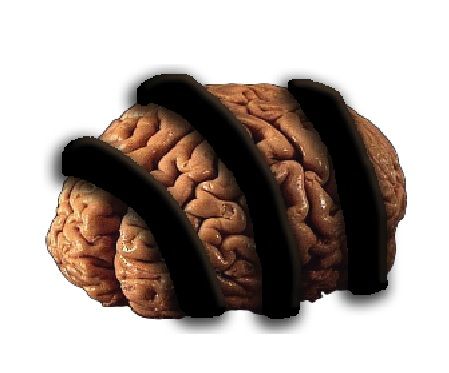 The first popular scientific explanations of criminal behavior were published by Italian criminologist Cesare Lombroso in the late 19th century. He believed that criminality was biologically predetermined and established several metrics for identifying born criminals, none of which held up to rigorous investigation. Though Lombroso’s studies fell out of favor as their validity was questioned, the biological paradigm of criminology that he introduced remained popular.

Modern believers of Lombroso’s biological determinism have turned to neuroscience as a tool to explain and predict criminal behavior. Neuroscientific evidence has primarily been introduced in courts to link brain trauma to abnormal anti-social behavior, but a recent study claims that neuroscience could also be used to predict the likelihood of future criminal behavior. The study, released last month by the Mind Research Network in New Mexico, claims that low brain activity in the Anterior Cingulate Cortex (ACC), a part of the brain associated with impulse control and decision making, can predict recidivism in a statistically significant way. Neuroscience has increasingly been used in courtrooms to explain the cause of a crime already committed, looking backwards. The study done by the Mind Research Network could be potentially be applied to look forward, to make release decisions based on what someone’s brain might indicate about their future actions.

Using an fMRI scanner, researchers in New Mexico scanned the brains of 96 incarcerated men and recorded their brain activity while they performed an impulse control task. The men who participated in the study were told to press a button as quickly as possible when they saw the letter X pop up on the screen, but not to press the button if they saw the letter K. X showed up on the screen 84 percent of the time, which predisposed people to hit the button and made it harder to suppress the impulse when K popped up. These tests were done five years ago, concurrently with questionnaires and activities designed to evaluate impulsivity.

In the past year, the research team has followed up with each man to see who has been rearrested and discovered that participants with low ACC activity were roughly twice as likely to be rearrested for a felony arrest within four years of their release as were participants with high ACC activity. In the study’s abstract, the authors write, “these results suggest a potential neurocognitive biomarker for persistent antisocial behavior.”

Kent Kiehl, lead author of the study, says that the study “predicts resistance to crime rather than persistence.” The results demonstrate not that low ACC activity caused recidivism; rather, high activity helped people avoid making decisions that might cause re-arrest. Kiehl and other researchers see this study primarily as helpful in developing ways to increase ACC activity, such as cognitive behavioral therapy and mindfulness meditation practice. The Mind Research Network is currently working on a series of studies that will test the effects of various practices designed to increase ACC activity. “Brain systems might have some flexibility, plasticity where we can effect change, ” Kiehl says. “We want to leverage the science to develop some treatments that will actually work.”

Though Kiehl stresses the implications this study has for rehabilitative treatments, he also acknowledges the role that fMRI tests could serve in parole and court hearings. “Judges want to have the best information in front of them,” Kiehl says, and “they are very poor at judging what actually causes recidivism.” Pen and paper risk assessment tests are already widely used by parole boards to attempt to predict someone’s chance of re-offending, and they are generally inaccurate indicators. “The more closely we measured brain functioning with fMRI, the more predictive it was, much more than impulsivity questioning or psych testing,” Kiehl says. Courts and parole boards would potentially be able to use fMRI tests to get a more reliable indicator of someone’s risk of reoffending. “Science is really no different than any risk assessment,” Kiehl continues. “All risk assessments are trying to evaluate what’s happening in your brain.”

Though there has been a flurry of media interest in this recent study, a practical application of its findings is still far in the future. As well as working on studies that would measure the effectiveness of therapy or medication on increasing ACC activity, Kiehl and his partners are collecting and analyzing data for a very similar study, with a much larger data set.

Kiehl urges readers to remember that “we’re very cautious about [the study’s] potential use.” And the possibility of court-ordered brain scans raises a lot of murky legal questions. Would brain scans constitute physical or testimonial evidence? Physical evidence, also known as real evidence, such as a court-ordered removal of a piece of bullet shrapnel, can be collected without the defendant’s consent. Testimonial evidence is evidence given by witnesses or the defendant, and cannot be mandated by a judge. “Is brain activity testimonial evidence?” asks Kiehl, pointing out that the fifth amendment is designed to prevent self-incrimination. Brain scans that indicated that a defendant had low ACC activity might violate their right to avoid self-incrimination by contributing to a longer or more restrictive sentence.

The questions raised by the predictive claims of this study extend beyond its potential use in sentencing or release decisions. This study demonstrates a strong correlation, perhaps even a causation, between poor impulse control and criminal behavior. The study claims that this poor impulse control can potentially be predicted by measuring brain activity. It assigns a lot of weight to biology, and very little to environmental or circumstantial factors. Kiehl and his team recorded a variety of information about each participant, including education level, extensive prior criminal record, histories of substance dependency, and other factors. Substance addiction, in particular, has been identified as a high-risk factor for recidivism, but Kiehl says that even when subjects’ histories of substance abuse are accounted for,  ACC activity was still a more reliable indicator of re-arrest.

But it seems difficult to really account for a wide range of environmental factors in a study focused on neuroscience. While the circumstances that someone has waiting for them when they leave prison are difficult to quantify, a strong support system and a job have been shown to have an enormous impact on keeping ex-offenders from returning to prison. The reasons why many people recidivate aren’t a mystery. Plenty of research has shown that ex-felons leaving prison face a lack of job opportunities and restrictions on government services, such as welfare and low-income housing, that make supporting themselves and their families difficult.This struggle often increases the probability that they might turn to illegal methods of procuring income.  Insufficient funding for drug treatment programs both in and outside of prison makes it difficult for people to overcome addiction, which can also lead to continued criminal activity.

The brain is complex and shaped by one’s environment and experiences. Children who grow up in neighborhoods with high incidents of gun violence often experience post-traumatic stress disorder and have trouble focusing or completing tasks. People who have substance addictions experience brain transformations that make it difficult for them to regulate and control their impulses. A 2011 study from UC Berkley in 2011 indicated that  substance addiction could potentially damage the ACC, making it more difficult for people with addiction problems to practice careful decision making. Historian Peter Becker, who studies the history of biological criminology, argues that “by simply reducing social and cultural factors to the environment of the brain, neurophysiological processes and neuroanatomical features can be singled out and linked to behavioral patterns without paying any more attention to the wider context.”

Science could be useful in developing more effective cognitive therapy techniques or in establishing the importance of treating addiction in prisons. But using neuroscience to explain and predict recidivism—without acknowledging all the other well-studied factors that make it difficult to stay out of prison—is incredibly misleading. Perhaps brain scans could help parole boards more accurately assess someone’s risk of re-offending, but to laud their diagnostic powers without acknowledging that two-thirds of all previously incarcerated individuals recidivate is disingenuous and dangerous.