Oppression and Liberation in the Cartoon World 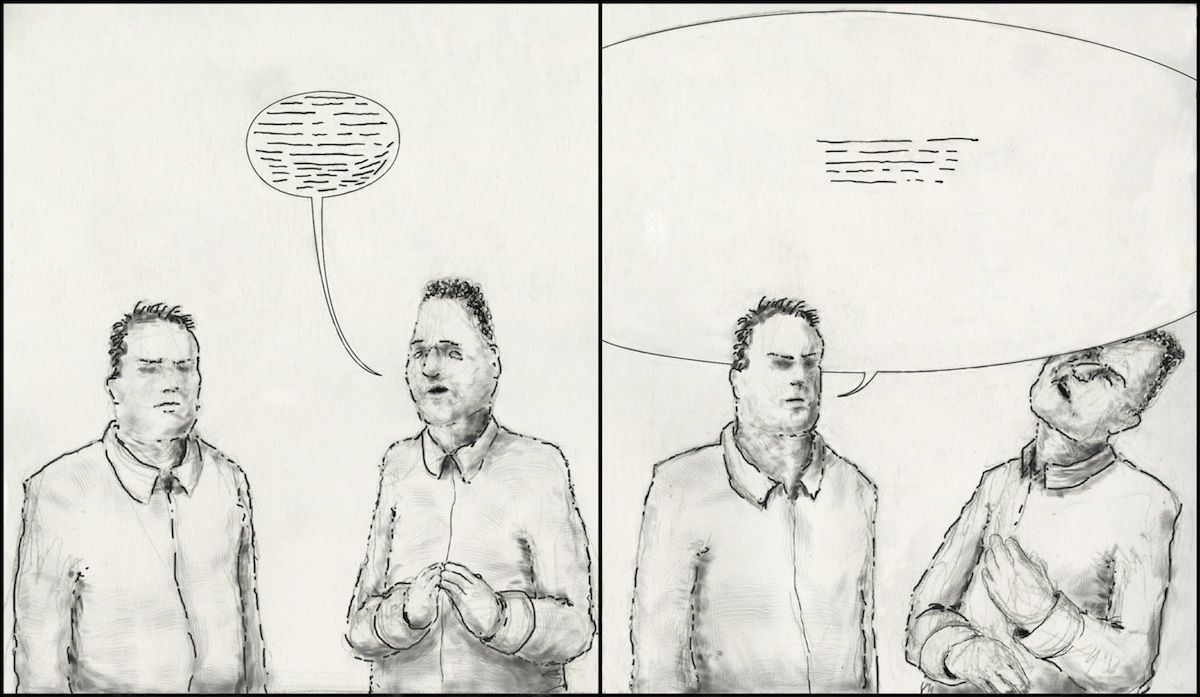 “Few things can hurt you more directly than a caricature of yourself, of a group you belong to, or—perhaps worst—of a person you deeply respect.” In October 2006, Kofi Annan spoke passionately about the power of images at the inauguration of a United Nations initiative named Cartooning for Peace: the Responsibility of Political Cartoonists, which called for an awareness of the real dangers of a “cartooning war.” That same year, the UN banned the import of potentially nuclear materials to North Korea after evidence of nuclear activity; hundreds of thousands of people died post-invasion Iraq; Hezbollah fired missiles into Israel and Israel sent thousands of troops into Lebanon. Violence and war erupted all over the globe. Why then did Kofi Annan direct his attention towards a war of cartoons? Answers lie in the history of visual expressions of power in the media.

Cartooning has been at the cultural heart of Europe for centuries as a platform for political messages, both satirical and conservative.

In the 7th century, Pope Gregory I did something unprecedented: he declared the second of the Ten Commandments unreasonable. This Commandment clearly states,

By declaring the depiction of religious figures acceptable, Pope Gregory gave illiterate members of society access to religious teachings, expanding the scope of the Church’s message. Early Muslim leaders decided that representations of humans and animals ran the risk of becoming false idols and had no place in the religious community. Islam and Christianity both recognized the power of imagery, but each community responded to that power differently.

In today’s society, cartooning has preserved its power in political media, used as a tool for both questioning and upholding power structures. The impetus to form the UN group on Cartooning for Peace followed an incident dubbed the “Danish Cartoon War” involving a violent reaction—including both bloodshed and an Iranian exhibit of cartoons denying the Holocaust—to Danish cartoons depicting the Prophet Mohammad, published in the right wing newspaper Jyllands-Posten. In the aftermath, the Danish People’s Party coined the slogan, “Freedom of speech is Danish, censorship is not.”

The Danish Cartoon War bears striking similarities to the tragic events surrounding Charlie Hebdo. On December 7 Charlie Hebdo’s publication of an issue with a cover depicting the Prophet Mohammad provoked the murder of 12 cartoonists in their office in Paris and was followed by France-wide demonstrations, 4 million strong, of national solidarity. People took to the streets in a rare show of unity, many carrying the slogan, “Je Suis Charlie” (I am Charlie). The 12 deaths remain unquestionably tragic. Yet it is also imperative to look into the issues whose roots extend beyond the individuals involved. To try to understand the unfolding of events—the tension between France’s cherished conception of freedom of speech and the respect demanded for the absence of offensive religious imagery—it is necessary to understand some of the history of Muslims in France.

As was explained in Brown University’s recent teach-in, “France’s 9/11?,” many French Muslims (about 10 percent of the overall population) have ties to France’s colonies. Following the Algerian War in the 1960s, many Jews and Muslims immigrated to France. Since their arrival in France, the Muslim story of integration has been difficult. While the French government granted citizenship to the Jewish population, they denied the Muslim population the same right. With fewer opportunities in terms of living space, education, and jobs, the new Muslim population was given access to a very different France than that of “Francais de souche,” or the ‘native’ French. According to Maud Mandel, professor of History and Judaic Studies at Brown University, the antagonisms at play in present day France are in fact caused by the evolution of the Muslim identity as outsider which it took on during the recent surges of Muslim immigration into France.

With this history in mind, the decision to publish the cartoon of the Prophet Mohammad looks less like an expression of freedom of speech and more like a reiteration of a long-standing power imbalance. Historian Kevin Boyle points out, “Freedom of opinion and expression is the child of freedom of religion in the sense that it was the struggle against religious absolutism by religious dissidents in Europe that opened the space for freedom of speech on political and social matters.” In the context of this and the growing Islamaphobia in France, is the question one of a threat to freedom of speech? Is this form of cartooning a continuation of Daumier’s legacy of artistic and moral work, or a contribution to the legacy of oppressing minorities through harmful images? Maybe, moonlighting as “freedom of speech,” this mindset characterizes something else: nationalism and its extreme cousin, xenophobia.

Saba Mahmood, associate professor of Anthropology at U.C. Berkeley and author of the book Is Critique Secular? Blasphemy, Injury, and Free Speech, noted that “the issue [of the publication of Charlie Hebdo and the ensuing violence] is being framed as a standoff between religious taboos and freedom of expression, and of course we want to err on the side of freedom of expression. But neither is the issue.” The events, Mahmood implies, have deeper roots than the age-old euro-centric battle between dominant religious and political regimes and freedom of speech. These events draw from conflict rooted in a fundamental rejection of a part of the French population and with it a rejection of their voice and place in France. As “France’s 9/11?” panel speaker Ourida Moustafai pointed out, “Islam in the dominant French viewpoint is seen as a violent religion which is fundamentally incompatible with freedom and democracy. This is the discourse of those who claim that terrorism is the inevitable expression of a true Islam. Muslims, then, in this discourse, are seen as incapable of assimilating into French society and are repeatedly asked to reaffirm their allegiance to France’s republican values. The paradox that French Muslims are placed under: they are asked to assimilate but also asked to speak as Muslims.”

The European (and, specifically, the French) definition of freedom of speech and expression differs from the American definition in that it includes a clause that allows the state to limit speech perceived as a threat to the public and political order. The specific French history of satire and cartooning as a tool to assert the power of truth in the face of a huge political machine (since Honoré Daumier’s depiction of King Philippe I as a ripe pear exploded in a six-month prison sentence and a huge public outcry) has for the most part safeguarded it from the second clause. This creates an atmosphere wherein cartoonists have the political right to publish nearly anything. In some respects, the French cartoonists possess an incredible space in the media in which their voices may nearly always be heard. While a publication like Charlie Hebdo may pride itself on being “equal opportunist” in terms of offensiveness, in fact the voices of those it portrays do not hold equal space in the political and media sphere. There is an imbalance in power within the groups portrayed by the French media that must be acknowledged if freedom of speech is going to be discussed as a whole.

As Kofi Annan said in his UN address, “Cartoons… can both express and encourage intolerance, and also provoke it.  And the sad truth is that they often do all three. So, if we are going to ‘unlearn’ intolerance… we need to engage cartoonists in the discussion. Does that involve ‘self-censorship?’ In a sense, yes—but exercised, I would hope, in a spirit of genuine respect for other people’s feelings, not out of fear. Does it involve ‘political correctness?’  Not, I hope, if that means being dull and pretentious. But again, yes, if it means remembering that other people have feelings. There is nothing admirable, or indeed funny, about heaping further humiliation and contempt on any group in society whose members are already feeling vulnerable and frightened.” Cartoonists are the unexpected kings of truth; their messages must draw from their realities wisely.