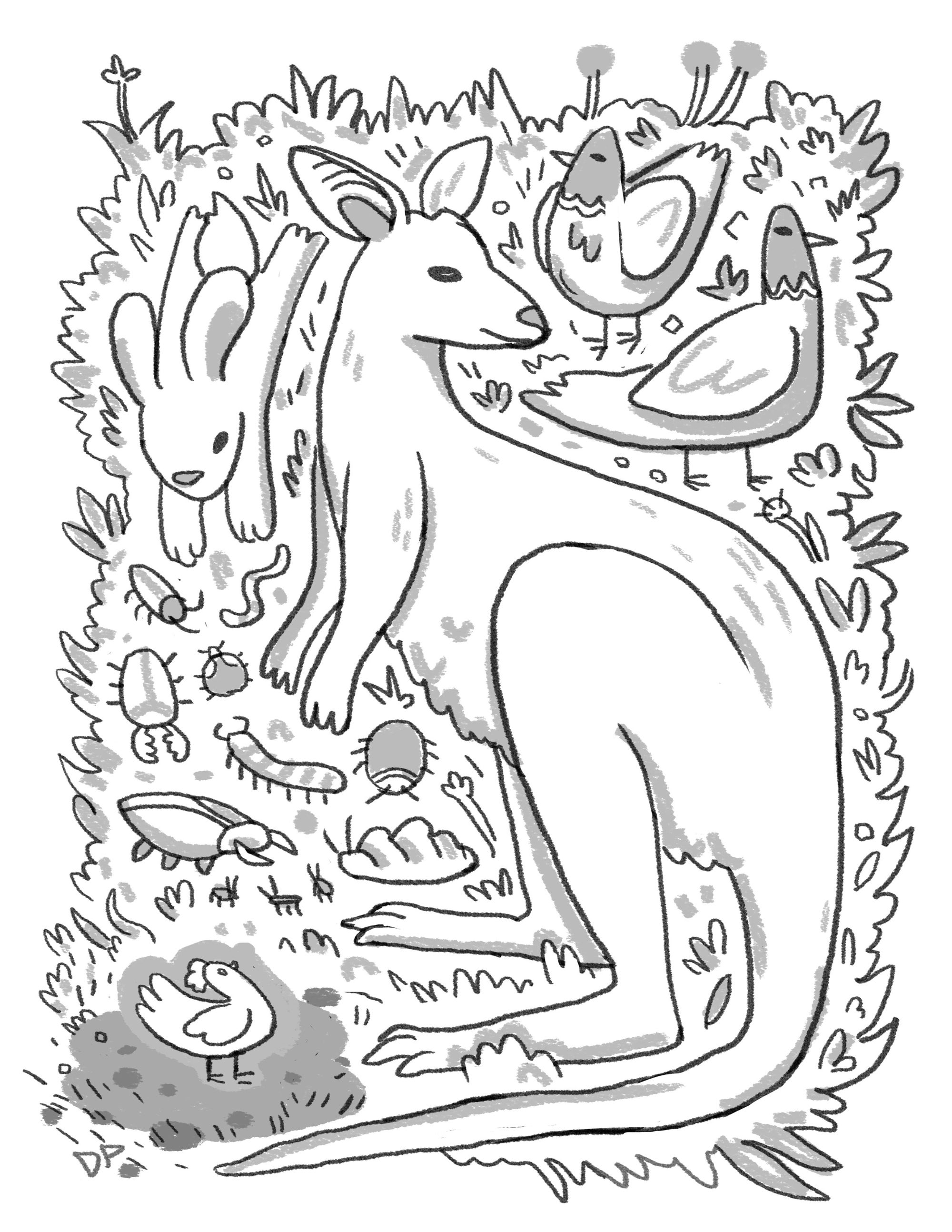 Although we live in a culture replete with red paint on fur coats, images of warehouses crammed with livestock, and non-stop chatter about global warming, we continue to eat meat. And enjoy it.

This is not a new conversation. The American diet has been scrutinized for years to no avail. Some are now pleading for even the smallest change. Journalist, author, and activist Michael Pollan once wrote that if Americans go meatless one day per week, it would have the same ecological effect as taking 30 to 40 million cars off the road for a year. Pollan’s assertion is a considerable step down from the aggressive heckling of certain animal rights organizations. He wasn’t suggesting a radical dietary shift or pushing an ethical agenda, but rather championing the possible benefits of even minor attempts to decrease our collective footprint. And while “meatless Mondays” were in vogue among certain circles for a time, nothing is really sticking— it seems that nothing can keep us away from our chicken fingers.

But meat doesn’t have to be so environmentally detrimental. There are animals out there that can help topple the dominion of beef, poultry, and pork, while having a lesser impact on the globe. Let’s meet them…

Although rabbit was eaten out of necessity during World War II, it fell from public favor when food scarcity became less of an issue. It’s only in recent years that chefs and consumers alike have once again noted the environmental benefits, as well as the culinary potential, of eating rabbit.

One of the biggest advantages of rabbit meat is its feed conversion efficiency. According to Slow Food USA, the American rabbit produces six pounds of meat with the same amount of feed and water it takes for a cow to produce one pound. Their foods of choice—like alfalfa sprouts and leafy greens —are also less energy intensive to produce than those ingested by other animals. Add to this the fact that rabbits require less space to be reared, and the rabbits seem an ideal source of meat for city-dwellers seeking to eat locally. And while urban chickens are very du jour, rabbits are far less conspicuous and easier to slaughter than chickens. But we aren’t going to see rabbit nuggets on the menus of fast food chains any time soon.

The largest problem with the consumption of rabbit meat appears to be cultural. Many Americans have grown up around images of fluffy, big-eyed bunnies that nibble on carrots, decorate the boxes of colorful cereals, and even deliver candy to children on certain religious holidays. In the ongoing hunger game between Bugs Bunny and Elmer Fudd, we always side with Bugs Bunny. We certainly wouldn’t want to see them die, much less demand their massacre by our consumption.

Thus, for the public to embrace rabbit meat as a more sustainable meat alternative to pork, beef, and poultry, rabbits will need to shift at least partly out of the domain of cultural icons and pets. Some people, however, are not on board with this. In August of 2014 a group of vocal protestors surrounded a Whole Foods Market in Union Square after the supermarket chain launched a rabbit meat pilot program earlier that year. The protestors carried signs reading “Whole Foods Market is now serving our pets” accompanied with an image of a fluffy white bunny flanked by a menacing fork and knife. While these protestors certainly do not speak for an entire country, they are emblematic of the level of discomfort many people have with the notion of eating an animal that we also feed, nurture, love. When it comes to the animal world we like our boundaries to be clear-cut: dogs are pets, cows are food. Yet these kinds of distinctions force us to overlook the environmental impacts of our eating habits. In reality, it is possible to love an animal that you know will eventually have to be killed. You can have your pet and eat it too. 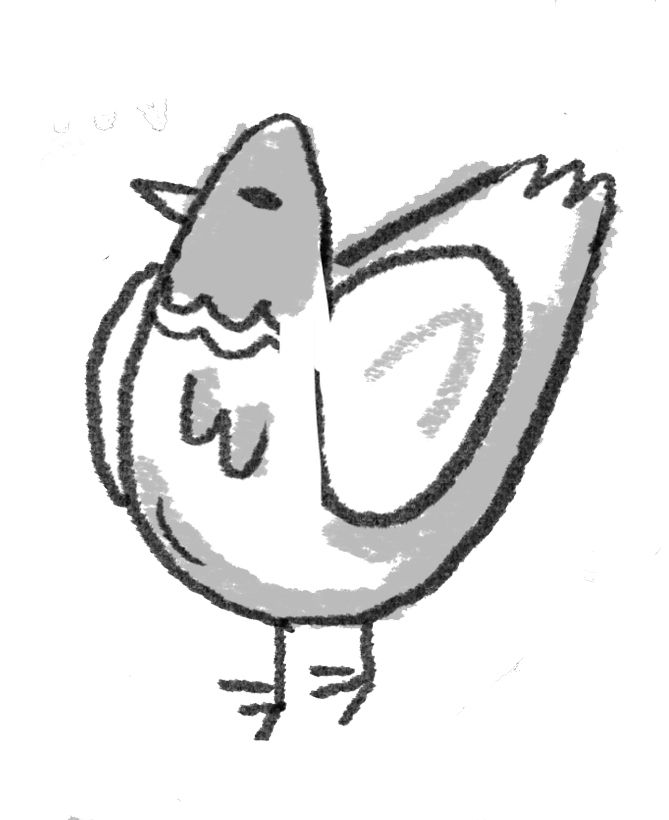 Crickets are the new kale

The practice of eating bugs is, of course, nothing new. The Greeks did it. The Romans did it. John the Baptist did it. And many communities in Africa, Asia, and the Americas still harvest insects as a part of their diet. According to a report from the United Nations, insects are an important part of traditional diets for around two billion people, and more than 1,900 species of insects have been reportedly used as food. Nonetheless, there was a point when the practice of eating bugs in the United States moved out of the cultural norm and into the realm of the tantalizingly taboo. Bugs stopped populating our dinner plates and started making appearances on reality shows like Survivor or Fear Factor, solely for their shock value.

Yet the consumption of insects is slowly moving away from the abuses of reality television and general disgust. And entomophagy is much more prevalent than you may think. Bugs are even starting to squirm their way into high-class dining establishments in the United States and around the world. Noma, widely considered to be the best restaurant in the world, includes insects as a part of its menu. Hopefully, however, the consumption of insects will not be limited to high dining. Last year the Food and Agriculture Organization of the United Nations wrote a report that elaborated the benefits of eating insects, urging us to do so in a world characterized by “rising cost of animal protein, food and feed insecurity, environmental pressures, population growth and increasing demand for protein among the middle classes.”

The environmental benefits of raising insects over more traditional forms of livestock are fairly simple to understand. Like rabbits, insects require far less land and water to thrive, and can even be raised on “organic side streams (including human and animal waste) [that] can help reduce environmental contamination,” according to the UN. In a world fretting over having enough land to feed our growing population, insects offer an appealing alternative. Additionally, insects are able to convert feed more efficiently than almost any other form of livestock. Every two kilograms of feed given to a cricket results in one kilogram of bodyweight gain. To put this in perspective it would require 20 kilograms of feed in order to produce the same amount of beef. Insects also release fewer greenhouse gasses (e.g. methane) and less ammonia than animals like cows or pigs. Add to this the fact that insects are often rich in protein, calcium, zinc, iron, and are a good source of fats and it is only a matter of time before the yoga moms catch wind of this.

Though considered an urban nuisance, pigeons may also hold some of the answer to our problems around eating sustainably. Pigeons were originally brought to the United States as a source of food, a startling fact that is quite stunning considering that their only purpose now seems to be one of endless vexation. Nonetheless, pigeons hold vast potential for sustainable meat eating. For one, they are local (too local for most). They are able to thrive in a vast array of environmental conditions, they require very little food and water to rear, and their capacity to turn waste into useful product is a skill enviable by the most devout American capitalists.

The United States Department of Agriculture labels the pigeon as an invasive species, which they define as non-native species that is likely to cause harm to its ecosystem. A study by Cornell University on the environmental and economic costs associated with non-indigenous species in the United States asserts that the control cost of pigeons is around nine dollars per pigeon per year, or $1.1 billion total nationwide. Additionally, pigeons serve as “reservoirs and vectors for over 50 human and livestock diseases, including parrot fever, ornithosis, histoplasmosis, and encephalitis.” Thus, when considering pigeons as an invasive species, the consumption of their meat moves outside the realm of idiosyncratic dietary practice and into a perverse kind of environmental activism. By eating pigeon you are not only lessening your environmental footprint through a rejection of the factory farming system, but also aiding in the control of a species that has a very real impact on our urban environment.

Despite their problems, pigeons are the paragon of local eating, offering a logical alternative to our deeply ailing food system. And in case you feel inspired to hunt down the next pigeon that shits on your car, the pigeon’s status as an invasive species means they’re legal to hunt so long as the animal is treated humanely. Bon appétit. 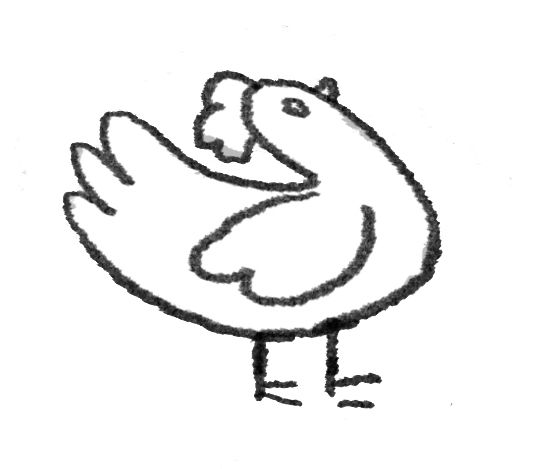 Starting around 2010, the term kangatarianism was popularized to refer to a diet that excluded the consumption of all meat except for kangaroo. While this catchy neologism may seem rather silly, the diet is in fact built on deep environmental and ethical concerns. Unlike traditional livestock, Kangaroos roam freely, are killed humanely, are not given hormones, and eat a diet consisting mostly of grass. Kangaroos also have a type of bacteria in their stomach lining that allows them to digest food while emitting less methane than, say, cows or sheep. But perhaps the most considerable environmental allure of kangaroo is their status as a pest. Kangaroos are so overpopulated that they’re hunted by professional shooters according to a strict quota system. The consumption of kangaroo meat could therefore be crucial in maintaining the balance of the Australian ecosystem.

Despite the numerous ethical, environmental, and health (kangaroo is quite high in protein and low in fat) benefits of eating kangaroo meat, it remains a hard sell for the Australian population at large. Many locate the blame of this continued unpopularity in the question of nomenclature. While we call our pigs “pork” and our cattle “beef,” kangaroos lack any kind of commonplace culinary designation that is able to separate what we see on our plate from what we see in the fields. As a result, the requisite psychological distance from the item one might see on a menu doesn’t exist. In a 2005 competition spearheaded by Food Companion International Magazine, the name “australus” was chosen as the culinary name to resolve this issue, but as of now it hasn’t been recognized in any official capacity—menus and supermarkets continue to peddle “kangaroo steak.”

More importantly, many Australian people may seem to take issue with the idea of eating an animal that is such an important cultural symbol. The kangaroo appears on the Australian coat of arms and has hopped its way firmly into the national conscience. The fact that Australia’s Aboriginal people have been eating kangaroo for over 60,000 years doesn’t appear to have altered these attitudes. Nonetheless, the environmental and ethical rationale for eating the animal is quite sound. And while some may interpret the act as offensive, the consumption of kangaroo meat is a sensible (and delicious) way to ameliorate the nation’s pest problems along with the environmental degradation associated with the production of other meats. Perhaps the Unites States could also adopt a similar mode of pest management. Cockroach anyone?

Jamie Packs B’17 for the record, is a vegetarian.