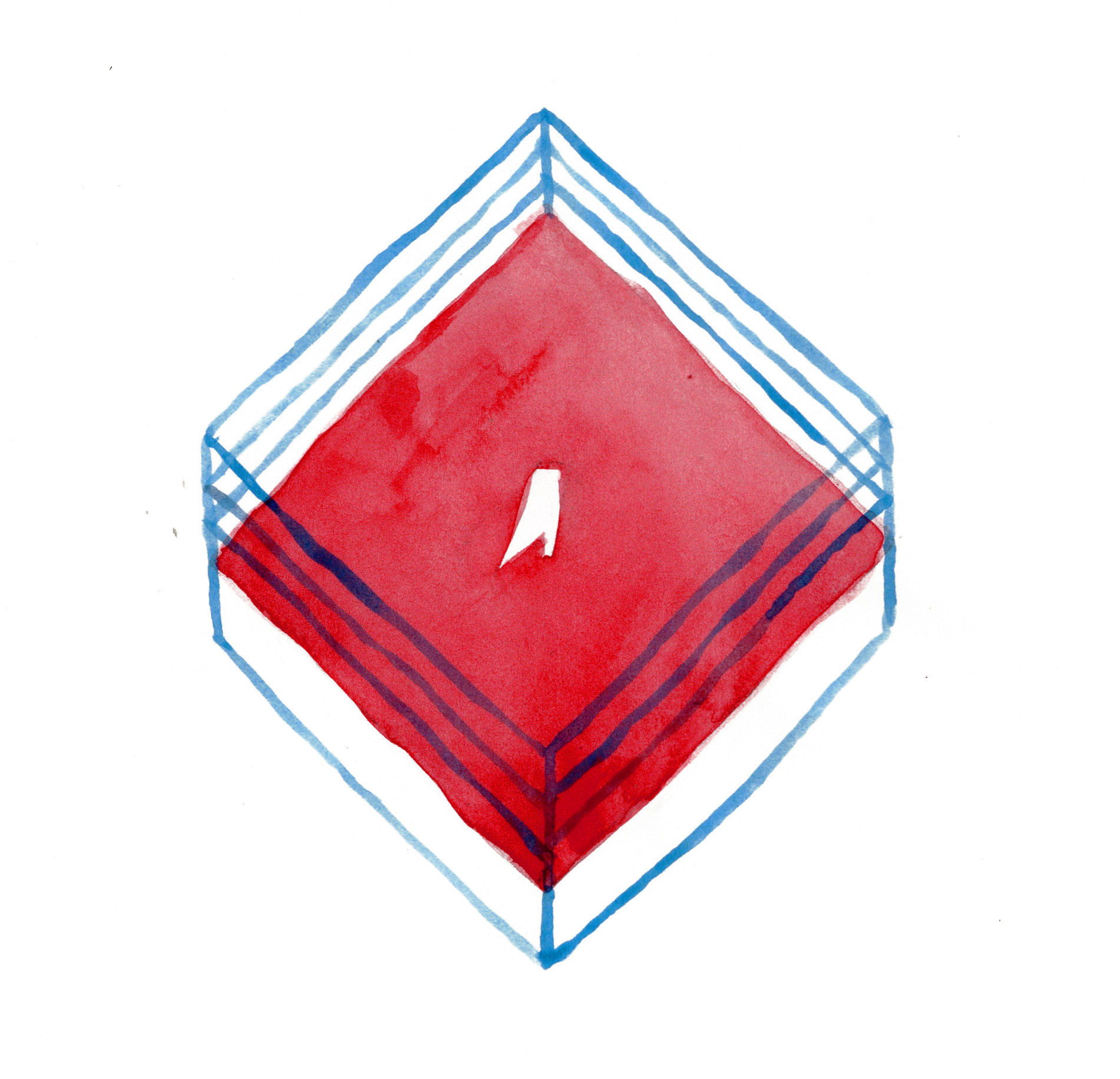 The South Attleboro Knights of Columbus auditorium is an unassuming building. Small with brown faux-wood siding, it is dwarfed by its parking lot, at the end of which stands a sign advertising rental opportunities. The structure is typically home to Council 5876 of the eponymous Catholic community organization, but when four friends and I pull into the parking lot on Friday January 16, it is for something else. “SHOWCASE PRO WRESTLING,” a wooden sign on the street proclaimed.

Showcase Pro Wrestling (SPW) is Rhode Island’s only independent pro wrestling promotion. The group hosts events and workshops at its training center in Woonsocket and assists with fundraisers for various groups. Most importantly Showcase fills cheap, community spaces like the Knights of Columbus auditorium almost biweekly for professional wrestling matches.

We walk in just after the first bell to the abrasive thwack of bodies slamming against a mat. Around the room, roughly a hundred people—mostly men, but also women and young children wearing their favorite pro wrestlers’ T-shirts—sit in black folding chairs. In the ring, a wrestler named Blackwolf disposes of two targets called only The Convicts, their faces covered by black masks and bodies by orange jumpsuits. Billed at seven feet tall and 400 pounds, Blackwolf is clearly a fan favorite. The audience roars as he throws one convict against the first row of seats and parades around the ring. After his match a line of children gathers at the ring to take pictures with him, at which point he tells my friend that he’s actually closer to 6'6", but still “really big.” The violence, the pageantry, the proximity: this is exactly what we’ve come for.

Indie wrestling, a type of performance that incorporates choreographed violence and athletics with dramatic narrative, is a common fixture throughout the United States. As recently as 2008, there were three independent promotions in Rhode Island alone. Though Showcase is the only one left standing, a host of other companies exist in Southern New England across Connecticut and parts of Massachusetts. In contrast to the WWE—the most prominent professional wrestling organization—independent pro wrestling groups such as Showcase Pro Wrestling are relatively disorganized, unprofitable, and tenuous. Wrestlers make very little if any money for their physically strenuous and injury-prone performances, which are often shown in small spaces before intimate crowds. In order to sustain their wrestling careers, independent wrestlers must work full time without exception, often in occupations that offer health benefits and accommodating schedules.

We are reminded of the exacting nature of wrestling during one sobering moment in the night, when the “Boogie Down Brawler” Benny Blanco is thrown back over the head of his opponent Nicholas Night. From our seats, we can hear the duo coordinate the move—“one, two, three…”—and when Blanco hits the mat it is convincing. “No mercy!” one friend yells. But when Night gestures toward the staff, saying urgently, “This is real,” it is apparent that something has gone wrong.  One helper approaches and replies, “We’re not prepared for this.” It seems unconscionable that there is no medical staff on hand for a performance in which even the most practiced performers are often hurt, but when Nicholas Night takes the mic after Blanco’s removal his focus is different. “We’re all just out here trying to put food on the table,” he says, not quite in or out of character. “Though we have our differences in the ring, we’re all here for the same reason. I’d wrestle you again any day, brother.”

Night’s speech is well received by the crowd, which applauds thankfully. The accidental slippage of the match’s choreography into actual violence risked not only severe injury for Benny Blanco, but also damage to the integrity of the night’s performances. In addressing the seriousness of the incident while still incorporating it into the fiction of the match, Night deftly reconstructs the confusion between reality and performance that is so critical to the success of the event. The navigation of the divisions between performers and their characters—always uncertain in pro wrestling and not just at moments of injury—is much of what makes the genre so compelling for its audience. On the one hand, the un-reality of the event is what makes it watchable; the performed fighting of pro wrestling would be barbaric otherwise. Yet the more the fiction of the match is obscured, the better the performance. Injury is inevitable, even as it indicates a lapse in execution, in part because the occurrence of injury proves the proximity of the act to what it imitates. The audience is implicated in pushing dangerously for a product that comes as near as possible to the image it projects without ever fully becoming that image, and so is responsible at least in part for what happens in the ring.

Nicholas Night’s speech comes just before the evening’s main event, when tag team duo Glamour Express enters the low-ceilinged room through the blue curtains that separate the ring and audience from the backstage. Flanked by the American flag and ushered in by Scissor Sisters’ “I Don’t Feel Like Dancin',” they strut around the ring, courting the audience in pink and green tights, boas, and wig and bra for one member who is dressed in drag. The MC introduces the duo as “Pimp Daddy” Mike Paiva and his partner, “The Beautiful” Ramona Romano. I turn to the person next to me. “Is their gimmick that they’re gay?”

Professional wrestling maintains an uneasy relationship with homosexuality. One of wrestling’s most immediately striking characteristics is the type of masculinity it espouses. Its heroes are hyper masculine, misogynistic, violent figures whose normative masculinity is endowed by their overwrought physicality. Yet the process of wrestling centers on behaviors that are completely at odds with this image. In his 2014 ethnography on indie wrestling, Fighting for Recognition, R. Tyson Smith notes, “The vanity, pageantry, and choreography of prop wrestling, plus its kinesthesia of intimacy and homoeroticism, flout the ideals of hard masculinity.” Even local wrestlers invest heavily in costume and bodily presentation—concerns that are stereotypically aligned with femininity and therefore dissonant with conceptions of an imposing, disinterested masculinity.

Aware of the troubled ideals of masculinity that unsurprisingly pervade pro wrestling at every level, I was eager to read subversion into Glamour Express’s performance. At the very least, I hoped, their roles could point explicitly to the tension between homophobia and homoeroticism in professional wrestling.

Early in Glamour Express’s match, an opponent named Matrix from the duo Refflers—wrestlers dressed as referee—looked in confusion to the audience on either side of the ring as Ramona Romano gyrated suggestively in the opposite corner. “Try it, you might like it!” shouted an audience member. “What is it?” another called, referring to Romano. Homosexuality was clearly foreign to the audience at Showcase Pro Wrestling Friday night­—the chants of “Juicy fruits” left little doubt. But even as the Refflers appealed to the homophobia of the crowd throughout the match, loudly questioning the manliness of their opponents and expressing their reticence to wrestle them, it was impossible to ignore that there were two duos of matching male partners in the ring. At its best, I hoped, Glamour Express could mirror professional wrestling’s self-conscious homophobia back to itself.

Of course, that’s not what happened. The stereotype of homosexuality that Glamour Express peddled around the auditorium in South Attleboro was simplistic, heteronormative, and mocking. By turning homosexuality into a gimmick for the performance, it catered to the worst, most ill-informed tendencies of a complicit audience while reinforcing wrestling’s problematic masculine prototype. Ramona Romano—who assumed the stereotypically female role in the Glamour Express partnership—was particularly guilty of this. Romano pranced, squealed, and made passes at everyone in the ring. He embodied an effeminate, hypersexual mischaracterization of homosexuality, painting every gay man as an aspiring woman and enshrining the oiled, hairless body of the “straight” wrestler as the image of male strength.

Within the ring, Glamour Express proves to be a technically gifted duo. Their performance is crisp, displaying coordinated movements that adhere to character, such as when Romano playfully leapfrogs Mike Paiva to land on a Reffler’s back while Paiva holds him to the ground. But the entertainment value of their wrestling is always tied to their performed sexuality. “Pinkies up!” Mike Paiva shouts before delivering a People’s Elbow to a Reffler. The crowd lifts its pinkies in response. “Come on,” one audience member complains from the opposite side of the room, “It’s 2015.” It is 2015, and there are more than a dozen children in attendance, but the parody of homosexuality sold by Glamour Express nonetheless feels all too common. It is difficult to find space within professional wrestling for inclusive representations of masculinity (to say nothing of wrestling’s portrayal of women) given the genre’s total absence of subtlety and its audience’s willingness to laugh at stereotypes of homosexuality, but groups like Glamour Express, which have been part of wrestling promotions since their inception, occlude such progressive possibilities from even being imagined. It should go without saying that Glamour Express lost the match, “Five Star” Scott LeDeur pinning Mike Paiva while Romano squealed on the ropes after dropping onto his groin in an unsurprising moment of emasculation. In the world of professional wrestling, even the worst appropriations of non-normative sexuality are relegated to second place.

WILLIAM UNDERWOOD B'15 is a fan favorite.