Shelly Silver and the Status Quo 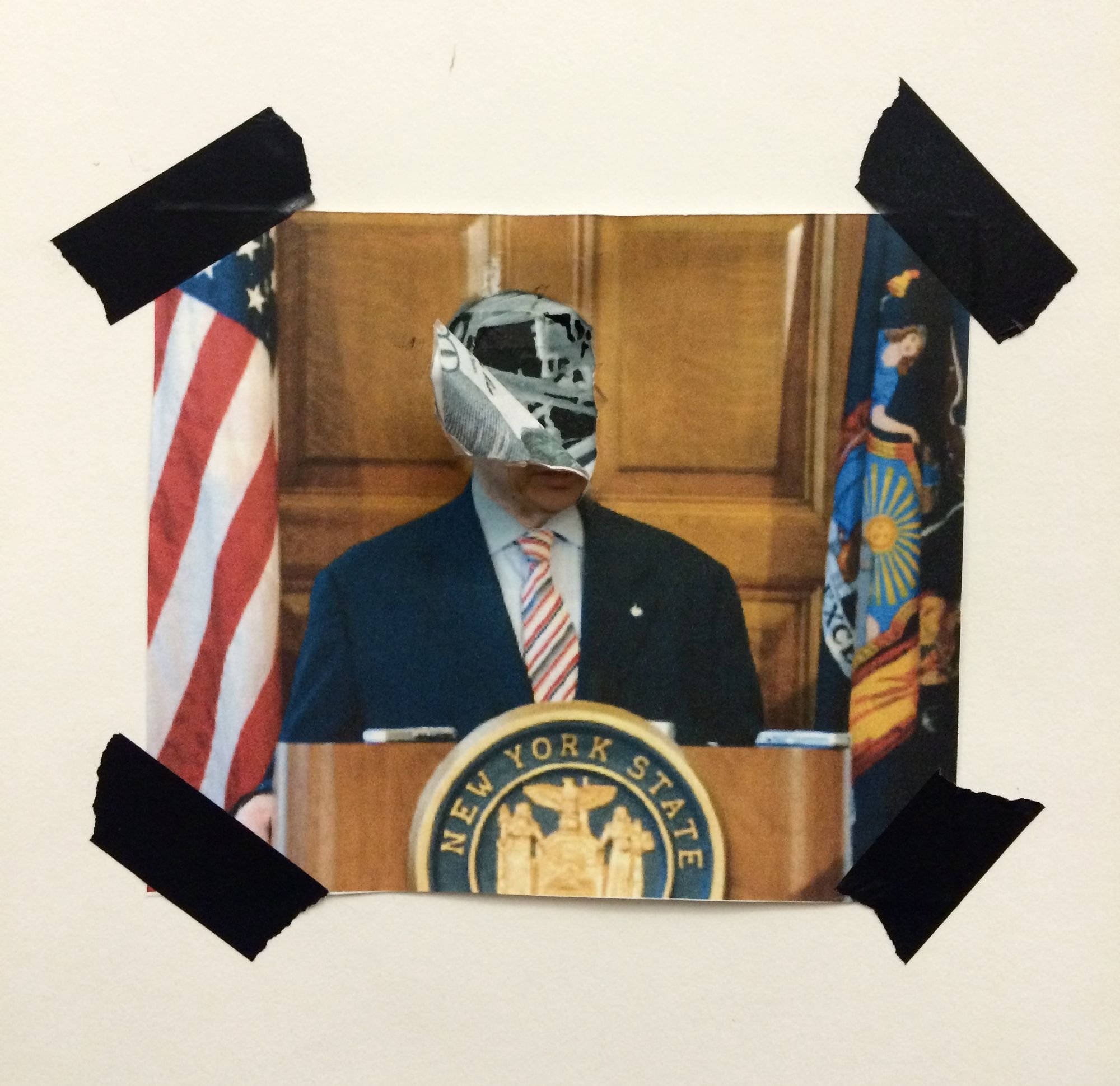 The events that culminated in the arrest this past Tuesday of long-standing New York Assembly Speaker Sheldon Silver call to mind a kind of bastardized T. Rowe Price commercial. You know, those ads for the investment firm that claim to know how rice production in India affects rubber in Brazil and shipping in Norway? The plot that came to light last week follows a more sinister, perhaps more intricate, storyline. “How might a 78-year-old Columbia University medical expert specializing in asbestos exposure be linked to a big fish politician in Albany, and how might his ties to a small law firm in Manhattan implicate all three parties in an elaborate case of government corruption?” Where T. Rowe Price would leave its viewers guessing, a more detailed explanation emerged from the Silver case—an account of which follows below.

The charges against Silver are extensive. Mail and wire fraud, extortion, and receiving bribes comprise the key felonies with which U.S Attorney Preet Bharara has slapped the once formidable politician. In the few days after his arrest, Silver stated he would refuse to relinquish his position, opting instead to create a temporary team of five underlings to carry out his duties while the courts assess his culpability. But as the swirling cloud of confusion around his case has cleared, any chance of his regaining his seat as speaker seems to have evaporated. On Monday, Majority Leader Joseph D. Morelle will take up office as interim Speaker.

“Shelly” Silver, as he’s known in the Statehouse, is the third most powerful politician in New York, having held his job as Assembly Speaker for the past twenty years. Imagine John Boehner working with a Republican House majority as well as a Republican President, bump that arrangement down one from the federal to the state level, and you begin to understand the significance of Silver’s position. Historically, his position has given him the power to dictate what legislation does and does not make it to the floor. He wields so much influence that members of his staff are considered to have more authority than some elected officials.

At 71, Silver found himself for the first time on the opposite side of the law on Tuesday. Long suspected of shady underhanded dealings by colleagues, the once seemingly untouchable representative has come crashing down from his perch—one that sits just beneath Mayor De Blasio and Governor Cuomo—and his fall has not been graceful.

The (alleged) facts of the case

For years, Silver appeared to balance two jobs—one as a state legislator, and the other as a personal injury lawyer at a firm called Weitz and Luxenberg. But prosecutors now claim that his work for the firm was merely a way to mask $4 million in kickbacks that he amassed over ten years by illicitly funneling clients to the firm.

The story of underhand deals and hidden earnings began in the unlikely setting of a prestigious clinician’s office. Dr. Robert Taub, one of the foremost experts on a rare cancer strain called Mesolothemia, has been described by colleagues as having something of an obsession with curing his patients. In 2002, he launched one of the premier Mesolothemia research centers in the world, at Columbia University. The particular disease he treats is quite rare, affecting only 3,000 new patients nationwide per year and, thereby remaining low on the list of medical priorities for government. Because of its relatively limited scope, Taub has had to search for funding in all available outlets.

The most common victims of Mesolothemia are laborers who’ve been exposed to asbestos in the work place. These cases have the potential to be hugely remunerative in a court of law, with the average sum doled out to successful plaintiffs hovering around $2 million. It is, therefore, unsurprising that there should be considerable competition among lawyers to represent clients who suffer from these ailments.

Enter law firm Weitz and Luxenburg, where Silver has worked since 2002. The firm manages to handle nearly 50% of asbestos litigation cases in New York state, taking around a 30% cut in legal fees for its representation. So extensive is its appeal to asbestos claimants, that court cases in the state of New York are actually subdivided into “Weitz” and “non-Weitz.” The firm handles 500 new cases each year. But where, many wondered, were all of these ailing litigants coming from?

Apparently, Silver, who had the ability to appropriate taxpayer dollars to certain medical practices, shelled out $500,000 in state funds to Dr. Taub’s research organization between 2005 and 2006. In return for the money apportioned him by the state, Dr. Taub would then refer his patients to Weitz and Luxenberg. The firm, now with an ever-increasing stream of plaintiffs to profit off of, was only too happy to provide Silver with kickbacks to keep a steady flow of patients bouncing from Taub’s offices to their own. Over the past 11 years, Silver is said to have steered more than 100 patients to the firm.

But the blight on New York politics may not end with its third man. Andrew Cuomo—who ran for re-election as governor on a platform of anticorruption and improved political ethics—plays an interesting role in the developments of Silver’s case. In 2013, governor Cuomo assembled a committee, the Moreland Commission, and tasked them with investigating state corruption.

According to the criminal complaint filed against Silver as well as sources on the commission, Silver repeatedly refused to comply with the commission’s requests to describe what exactly he did as a lawyer outside his government job. This refusal ultimately led to a subpoena of Silver’s law firm. In response, the state assembly (led by Silver) filed a court motion to deny the commission’s subpoenas that were related to legislator’s outside income.

Here’s where it gets sticky. Well before the Moreland commission completed its report on government corruption, and just as they were beginning to uncover the grime that caked Sheldon Silver’s record, Cuomo decided to disband the committee. Though he had originally called the commission “100 percent independent,” he later backtracked on this statement, asserting that the commission was his: “I can appoint it; I can disband it; I can appoint you; I can unappoint you tomorrow.”

It remains unclear just why Cuomo would so abruptly have called off the committee before its time. Though he has made vague excuses about the commission’s expense and about its having achieved its primary goal, U.S attorney Preet Bharara was unconvinced and almost instantly launched an investigation into its closure. If Silver reveals that Cuomo or any of his top aides knew about his criminal behavior and killed the commission before it got to him, the governor could become vulnerable to obstruction of justice charges.

In the wake of these revelations, many have called for reform. Immediately after Mr. Silver’s arrest, good-government group Common Cause/NY called for an overhaul of ethics oversight, more extensive income disclosure, stricter regulation of lobbyists and campaign-finance reforms to diminish the role of money in state politics.

Under current law, campaign donations are illegal if there is an overt quid pro quo arrangement in place, and legal if there is not. But it’s no surprise that donations can be as bad as bribes in creating obligations between representative and the represented. The continuing rise of money politics (the average senate seat now costs $10.5 million, up from $8 million only 6 years ago) essentially ensures that politicians must kowtow to the ultra rich in order to get funding. This is not a new development, but it is one that’s becoming more significant. With ever-increasing urgency, each political hopeful strives to fundraise more than his rival in order to get an edge.

In a way, focusing only on the illegality of Silver’s actions misses the point. The case that has exploded in New York over what appears to be clear corruption is not so different than the kind of licit corruption that plagues American politics on a national level. “Corruption exists when institutions and officials charged with serving the people serve their own ends,” wrote Zephyr Teachout, who campaigned against Cuomo in the most recent election, in a recent OpEd for the New York Times; by that standard, it’s all too clear that nearly the entire country can’t escape the charge.

Statistics collected by Opensecrets.org suggest overwhelmingly that more money spent during a campaign equates to a better chance of winning a seat. In close races, the phenomenon is even more pronounced. Because of this, the relationship between politician and voter is no longer one of goodwill but one of near desperation. The system compels playing the game. If you refuse to fundraise, if you refuse to dole out favors to your biggest donors, it is nearly ensured that your political career will never make it off the ground.

What is viewed as acceptable in terms of the donor-politician relationship has become skewed for the precise reason that the motivation for donation from wealthy investors is often not borne out of support of the person’s policy, but instead functions on the basis of expected value. At the highest level, “donations” stop being donations at all and turn into investments. Politicians have the power to influence which direction taxpayer dollars flow and, unsurprisingly, are susceptible to moving dollars in the direction of those who support them.

Perhaps the reason Silver’s case is so noteworthy is that, from a moral standpoint, it is not so inherently different from what goes on daily. Of course it is more pronounced, more overt in its disregard for law—infused with the smugness of that particular brand of politician who runs with the vaunted goal of upholding lawfulness while viewing himself as outside or above it. But we do ourselves a disservice in counting Sheldon Silver as an outlier. Silver is a darker cousin to the smiling poster child of American politics: a cosmetically spotless face atop a slowly rotting framework. We can dismiss Silver as a lawbreaker, or we can choose instead to view him as an unabashed, and therefore more authentic, upholder of politically bankrupt morality.

Of course I don’t mean to suggest that all politicians are corrupt or even above average in terms of immorality. What I do mean is that the dichotomy many press outlets have unwittingly created in their coverage—between ethical politicians and cheaters—is almost irrelevant when set alongside the larger issue at play here. Politicians that find themselves in thrall to money can’t help but act according to the definition of corruption expressed above—with their own interests set above their those who put them into office. The line between legal and illegal practice is blurred enough that one can almost take Silver’s claims of innocence seriously. Almost.

As Governor Cuomo said in a recent interview for the New York Daily News, “Obviously it’s bad for the speaker, but it’s also a bad reflection on government and adds to the negativity...It adds to the cynicism [that] ‘they’re all the same.’”

Elias Bresnick B’17 is an authentic upholder of a politically bankrupt morality.