Infinity and humanity in Interstellar 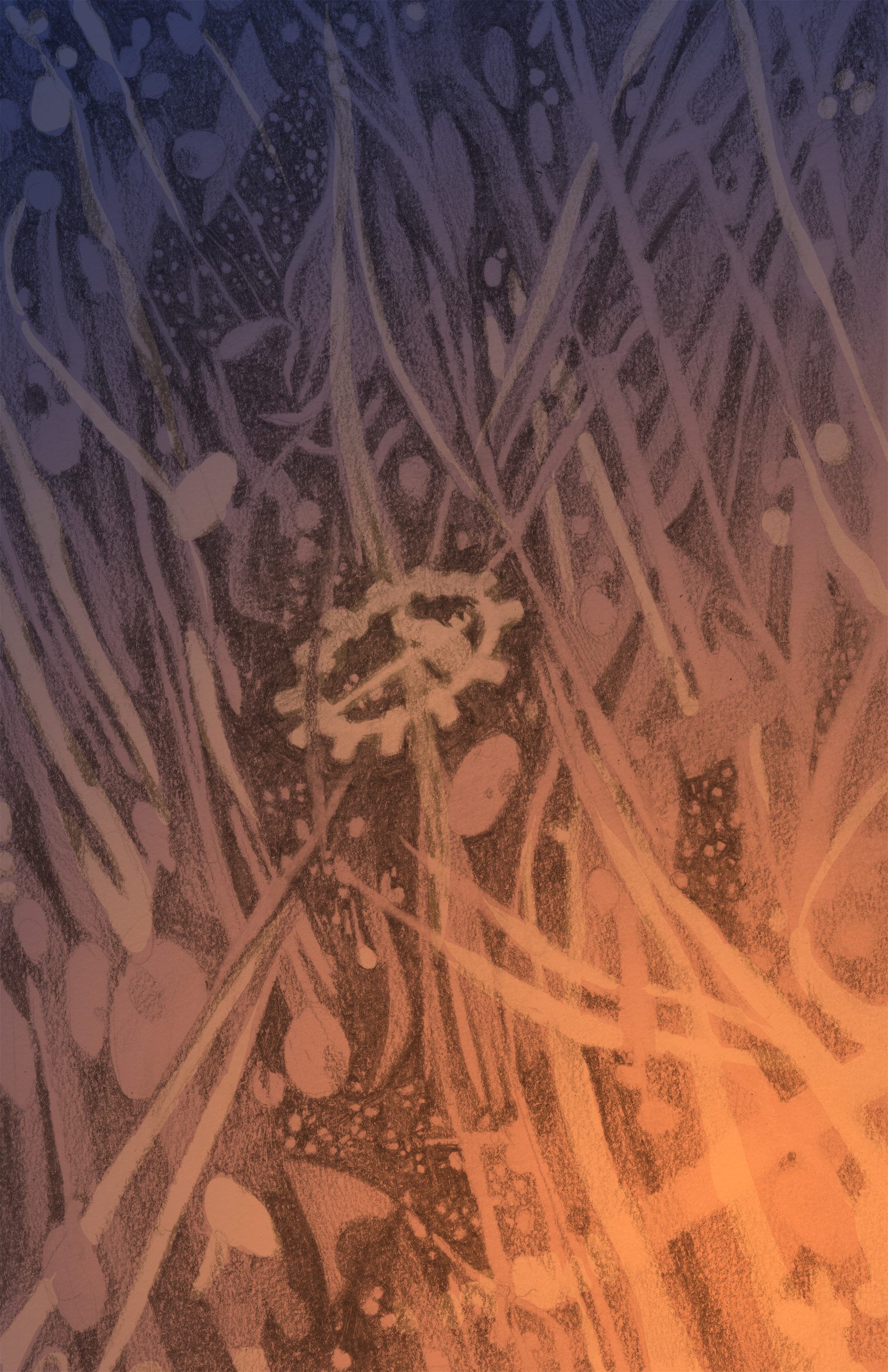 When I was little, I was afraid of the woods and outer space. My still-forming suburban consciousness might have already known that my survival skills would be better suited to handling a long abandonment in the mall than 10 minutes alone in nature, or, god forbid, on a spaceship with Lance Bass. But space and the woods were also lumped in with other fears—elevators, windowless rooms, airplanes—that were eventually labeled and treated as claustrophobia. An expanse of stars or trees scared me in the same way a locked door did, even though one felt endless and the other confining. Now I think that it wasn’t exactly fear of being enclosed, but something else, being unable to master demarcations of space. I was afraid that I wouldn’t be able to get myself to the outside of the place where I was stuck. And in that way, infinitude and finitude were functionally the same. An infinite space was just as inescapable as a bounded one: surpassing its limits and getting to the outside was impossible.

Christopher Nolan’s Interstellar is a sprawling film, taking on time and space, good and evil, God, loneliness, love and death in its three-hour runtime. But each strand of its narrative comes back to the breakdown of infinities and limits. Not too far in the future, Earth’s population is desperately stuck with crop shortages and a dwindling supply of breathable air, and Joseph Cooper (Matthew McConaughey) and a crew of fellow astronauts take to the infinity of space to find a new home planet. But Earth isn’t the closed system it seems—there’s a ghost that sends messages in binary to Cooper’s daughter by pushing books off of her shelf, and NASA scientist Dr. Brand (Michael Caine) is working on a theory of gravity that will allow the Earth’s remaining population to travel through a wormhole to their new home.

So much of the film is about reaching across space and time in ways that defy three-dimensional logic. The crew of astronauts leaps through black holes and experiences time like a viscous fluid in a Dali painting, one hour of their journey becoming ten years of video transmissions that show children growing up, starting their own families, losing faith that the crew will ever return. For a film full of beautifully composed shots of the vastness of space and incredibly complicated CGI ecosystems, the image that best encapsulates its logic is relatively simple: astronaut Romilly (David Gyasi) illustrates the path through a wormhole by drawing two points on a flat sheet of paper, then curves the paper and punches his pencil straight through the points to bring them together. With the tip of his pencil, the limits of space are broken. Much of Interstellar’s foundation concerns spacetime and relativity, and the idea that time doesn’t happen as an infinite series of discrete stable units, but can distort.

Interstellar isn’t shy about referencing 2001: A Space Odyssey; its snarky robots TARS and CASE even look even like mini versions of of the Monolith from Kubrik classic sci-fi film. There’s also a conscious mirroring of its three-act structure: dusty earthly bodies lose their innocence, passing from ignorance to knowledge; two wily characters struggle with life-and-death consequences; and finally, a visual explosion that expresses some impenetrable metaphysics, trying to force us to see outside of three dimensions. The breaching of limits and infinities, among other things, pierces through a narrative that occasionally feels too diffuse, drawing its strands together.

The film’s first act is beautifully self-contained, full of exciting implications. The apocalypse imaginary of Hollywood blockbusters seems to be more and more about banality, and this Earth of parent-teacher conferences and giant dust storms, baseball and food riots, is haunting because it’s so recognizable. But the unfolding of a narrative about the Earth as much as its human occupants made me hope that Interstellar could also be some genre-defying, New Materialist Western. Nolan introduces a universe of powerful dust and lumbering farm machines that go on strike, the Earth endowed with its own rebellious subjectivity. At one point, Cooper’s daughter Murphy (Mackenzie Foy) cradles a downed drone like a bird with a broken wing. Here, nature and technology are as active, as sentient, and as angry as any of the leading actors. Even Cooper’s superlative, masculine individualism seems set up to be knocked down, a cowboy of the Old West who will be sacrificed to dislodge the human subject from the center. The hard lines between man and nature or man and machine start to dissolve as non-human bodies assert their own will.

Disappointingly, Nolan drops this thread almost as soon as Cooper and the crew of space explorers exit the Earth’s atmosphere and the tone shifts to a tale of personal survival. The astronauts explore three planets, each with the potential to support human life. The limits of the human body are tested by unpredictable ecosystems, but the planets ultimately act as a backdrop to the main struggle of Interstellar’s second episode, a life-and-death battle between two lonely men, a cowboy in a white hat and a villain in a black hat.

Earlier in the film, astronaut Amelia Brant (Anne Hathaway) tells Cooper that nature is not evil. A lion killing a gazelle isn’t acting out of cruelty; the capacity for destruction in nature follows different rules than human destruction. Maybe Interstellar needed evil, a real human antagonist instead of a complicated network of natural forces that aren’t working for or against the human explorers. But those natural forces could also be humanized through evil, or evil made into something both inhuman and natural, arguing against Brant’s claim that only people are capable of true cruelty. The questions about the lines between human and non-human raised in the film’s first chapter definitely lose some power with the introduction of Dr. Mann (Matt Damon) as the film’s main villain. Inverting 2001: A Space Odyssey, Nolan’s Dr. Mann is an anti-HAL: his evil is selfish, cowardly, and lacks the cool rationality of Kubrik’s AI villain. Mann is figuratively drowning, too desperate to recognize that he is acting against his own survival and the survival of his species.

Survival might be the chapter’s most durable element: on Earth as well, an adult Murphy (Jessica Chastain) is working to find an equation that can bend gravity and time to save the world’s remaining population. As they fight, Mann tells Cooper that the instinct for survival is about finding something outside of the body’s limits to sustain it. The film’s second chapter feels constrained because it focuses on the beyond of the individual human body, while the universe it has introduced is so much bigger.

The film’s most challenging and divisive chapter is its last, exciting and frustrating in the impossibility of reconciling all of the questions that it raises about relativity, time, and multi-dimensional representations of the world. It has no choice but to leave us with contradictions. The final chapter mixes science and spirituality as Murphy returns to her childhood home, acting on intuition born out of love for her father. At first, it feels like a Hallmark declaration that science is incomplete without heart. Nolan is making a more complicated argument, but love is still the transcendent force that allows Cooper to distort time and space, passing on the knowledge that will allow his daughter to save humanity.

The optimism at the core of Interstellar is also where it breaks down: there’s a grandfather paradox here, where Cooper is able to affect the past due to the interventions of the humans of the future, who are rebuilding the conditions of their own survival. But it seems impossible to change events in the past to ensure existence in the present. Despite its fascination with metaphysics, relativity, and quantum physics, Interstellar still defers humanity’s salvation to an unknown, unexplained force. It chooses not to break down the paradox of Cooper’s infinite mirroring of himself, how exactly he is able to save his future. Apocalypse
is averted through the intervention of something that is almost human, but not quite. And although there is some optimism in this, there is also a sense of relief that we don’t need to save the planet entirely on our own, although we’re entirely responsible for the destruction of its environment. Nolan needs this string theory
deus-ex-machina for a satisfying ending to his epic, but looking closer, it feels somewhat dishonest.

Interstellar doesn’t put on same postmodern self-awareness as some of Nolan’s other works, no Inception-like nested virtual realities. Its plays with boundaries and the sameness of the infinite and the finite, and ultimately an earnest hopefulness that pierces through the narrative like Romilly’s pencil through paper. The brilliance of Interstellar is subtle: Nolan is telling us a story about the instability of space and time in a medium that distorts both. You walk away from Interstellar exhausted from travelling across the galaxy, finding yourself years ahead of Earth in collapsing and impossible spaces.