Homosexual and gay poets talk back to Whitman 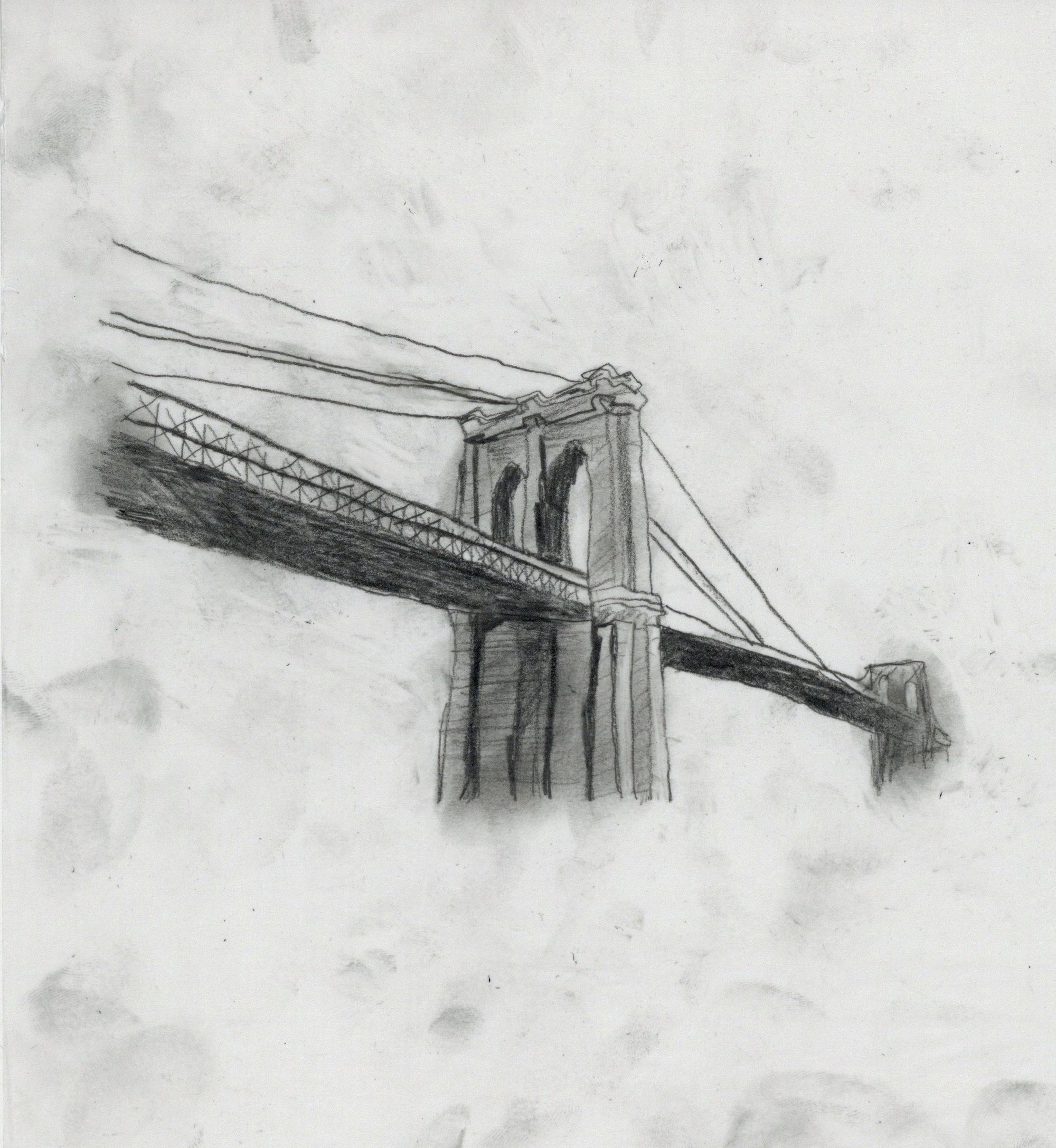 “What thoughts I have of you tonight, Walt Whitman,” sighs Allen Ginsberg at the beginning of his 1955 poem “A Supermarket In California.”

But across a century Whitman retorts, “Are you the new person drawn toward me? / To begin with take warning, I am surely far different from what you suppose.”

As a “homosexual” and then “gay” identity formed in the 20th century, poets like Ginsberg wrote about Whitman as their homosexual literary ancestor. Others imagined Whitman as the first in a lineage of gay poets, a community of men whose poems spoke to each other through the veil. I set out to trace some of that lineage, reading through letters, poems, and the poets’ biographies. Whitman returns like a motif in their stories.

Thanks to Calamus, generations of self-proclaimed homosexuals and gay men clung dearly to Whitman’s book. Some men discovered, in Whitman’s lines, themselves and their loneliness reflected:

Sullen and suffering hours! (I am ashamed—but it is useless—I am what I am;)

Whitman’s poetry invites—even demands—an intimate response from its readers. Over and over in Leaves of Grass, Whitman picks out you, the individual reader. He wants a spiritual connection:

I pass so poorly with paper and types, I must pass with the contact of bodies and souls.

American poets often had a complicated relationship with Whitman. Some poets—gay, straight, or otherwise— carried Leaves of Grass as a burden. Whitman’s long-lined, swaggering gospel was an artistic vision they had to embrace, reject, or otherwise respond to.

Ginsberg, in his supermarket poem, reaches out to Whitman with pity. In post-war America, Whitman is too optimistic for the times. Meandering through a 1955 supermarket, he’s a bit washed up, a dirty old man “eyeing the grocery boys.” Of course, Ginsberg was gay and Jewish, just as much an outsider to the America of “blue automobiles in driveways.” Aware of his similarities to Whitman, Ginsberg appoints himself literary heir.

Hart Crane, a cryptic lyric poet who lived in New York decades earlier, drew on Whitman for his 1930 poem “The Bridge.” At the time, T.S. Eliot was all the rage, but Crane didn’t like Eliot’s cynical view of the world. In Whitman, Crane found an antidote to Eliot’s wasteland. Leaves of Grass embraces all of space-time, no exceptions. 33 years before Eliot’s birth, Whitman shrugs him off in a few lines:

I have heard what the talkers were talking . . . . the talk of the beginning and the

end,
But I do not talk of the beginning or the end.

Crane, like Ginsberg after him, talks to Whitman as a friend or lover: “My hand / in yours, / Walt Whitman,” Crane says without irony in “The Bridge.” But Whitman is coy, he evades:

Whoever you are holding me now in hand,
Without one thing all will be useless,
I give you fair warning before you attempt me further...

What this “one thing” is, he won’t say. And yet Whitman insists on his connection to Crane, both of them Brooklynites:

I too lived—Brooklyn, of ample hills, was mine...

Crane also took to Whitman as a fellow homosexual. “O my Prodigal,” Crane writes, quoting Whitman, in a poem he wrote during his 1920s love affair with sailor Emil Opffer.

(Whitman:) Prodigal! you have given me love! (Crane:) Your eyes already in the slant of drifting foam You sea!
Dash me with amorous wet . . . . I can repay you.

In August 1929, homosexual poet Federico García Lorca took an ocean liner from Spain to New York. A friend of Lorca’s brought him to meet Crane in Brooklyn. The two entered Crane’s apartment, where, the story goes, they found the poet surrounded by a group of drunk sailors. Lorca knew no English, Crane no Spanish. They tried to converse.

(Ginsberg:) . . . and you, García Lorca, what were you doing down by the watermelons?

Crane left Brooklyn for Paris. Lorca wandered Manhattan’s canyons and wrote his “Oda a Walt Whitman.” Ever the brooding surrealist, he imagines a New York dawn as (my translation),

four columns of ash
and a hurricane of black pigeons that splash in dirty water.

Lorca’s Whitman has a beard full of butterflies. He’s a homosexual saint, standing above the soulless “maricas,” or faggots, of New York:

The faggots, Walt Whitman, point at you.

Him too! Him too! And they hurl themselves over your chaste and luminous beard

Lorca found something shallow in the way men had sex with each other in 1920s New York. By contrast, Whitman had a pure, almost magic, sexuality:

You looked for a naked man who was like a river...

(Whitman:) The swimmer naked in the swimming-bath, seen as he swims through

That same year, Langston Hughes returned to New York after graduating from college in Pennsylvania. Unlike Crane or Lorca, Hughes was never open about his sexuality. Perhaps, as a Black writer, he couldn’t afford another set-back for his work. But his writing does contain “gay” content, if you want to call it that, and the poet, like Crane, adored Whitman.

Across
The Harlem roof-tops Moon is shining. Night sky is blue.

Crane, Lorca, Ginsberg—they did not write to Hughes in their poems, did not name him in their lineage. Theirs was a white boy’s club.

(Whitman:) I hear America singing, the varied carols I

I am the darker brother.

Crane drowned himself off the coast of Mexico in 1932. (Hughes:) Old Walt Whitman

Three years later, Lorca made plans to flee Spain for Mexico with his lover, journalist Juan Ramírez de Lucas, before the outbreak of the Spanish Civil War. He never got to Mexico. Spanish Nationalists murdered him on the road from Viznar to Alfacar.

Hughes travelled to Spain after Lorca’s death and translated two of his works: a play, Blood Wedding, and a book of poetry, Gypsy Ballads. He worked on Gypsy Ballads for decades, enlisting the help of Lorca’s mother and brother. It’s hard to say why Hughes fixated on Lorca, but it appears to be more a matter of shared poetics than of shared sexuality. Both poets were inspired by folk music—in Lorca’s case, flamenco, in Hughes case, the blues.

In 1956, Jack Spicer, a gay poet living in San Francisco, wrote a series of letters to the dead Lorca, along with loose translations of his New York poems. Spicer fancied himself part of an gay heritage that included Lorca and the French poet Arthur Rimbaud.

In my last letter I spoke of the tradition. The fools that read these letters will think by this we mean what tradition seems
to have meant lately—an historical patchwork [...] Tradition means much more than that. It means generations of different poets in different countries patiently telling the same story, writing the same poem, gaining and losing something with each transformation—but, of course, never really losing anything.

Spicer liked the idea of a gay lineage, but he was not a fan of Whitman. In “Some Notes On Whitman For Allen Joyce,” he rejects the gay utopia in “Calamus.” His pain as a gay man in America distills to bitterness:

Forgive me Walt Whitman, you whose fine mouth has sucked the cock of the heart of the country for fifty years. You did not ever understand cruelty.

(Whitman:) I am not the poet of goodness only—I do not decline to be the poet of wickedness also.

In 1965, Spicer collapsed, drunk, in an elevator. He was taken to the poverty ward of San Francisco General Hospital, where he died, age 40. His last coherent words: “my vocabulary did this to me.”

(Whitman:) You shall no longer take things at second or third hand, nor look through the eyes of the dead, nor feed on the spectres in books

In 1984, Lorca’s homoerotic Sonetos del amor oscuro, or Sonnets of Dark Love, were published after 50 years of suppression, and 3,454 people died of a new disease called AIDS.

Around that time, the word “queer” began to butt out “gay.” Theorists like Judith Butler challenged the idea of gender as a binary, as well as the idea of a “gay” identity that spanned centuries and cultures. “Queer” was countercultural; it meant that gender and sexuality didn’t go into neat boxes.

The poets who put themselves in a lineage with Whitman can perhaps be excused for their snobbery. Yes, we should recognize that their lineage excluded Black and women poets, and that it’s anachronistic to call Whitman “homosexual,” even if he did have sex with men. That said, Crane, Hughes, and Ginsberg could not have written as they did without Whitman’s example. The publisher of Ginsberg’s “Howl”—which tells of men “fucked in the ass”—was arrested under obscenity charges. In a culture where being openly gay resulted in joblessness and familial rejection, Whitman was a needed source of strength.

(Whitman:) Through me forbidden voices,
Voices of sexes and lusts . . . . voices veiled, and I

Today, some gay and queer poets, especially, are reluctant to put themselves in that lineage. Poet Eileen Myles, in a 2011 interview with The Rumpus, suggested an alternative, queer tradition: “What writing is not queer? Literally and metaphorically...Stein and Wilde and Whitman and Dickinson—we just are the history of literature.”

Myles talks about writing as “literally” queer: penned by sexuallyand/or gender-non-conforming writers. That’s her mini-lineage from Whitman to Stein. But writing can also be “metaphorically” queer, no matter who the author slept with. I take her to mean writing that’s radical, unsettling, sexy. Writing that ignores the academy. Fucks with syntax. Dickinson’s dashes. If to be queer is to be an outsider, then most artists are a little queer.