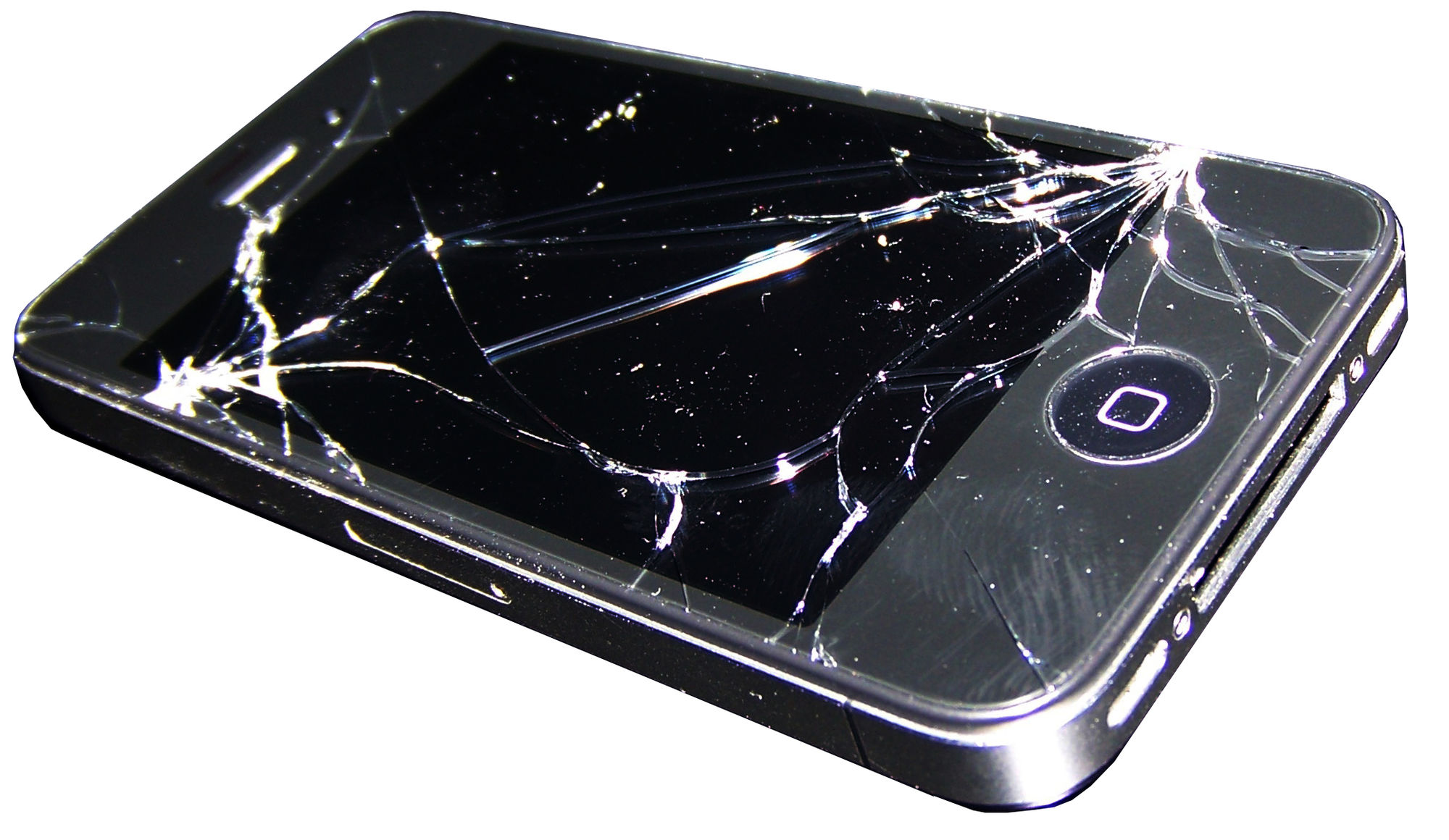 On Thursday September 10, at around 9:30 PM, John Prince heard someone “hollering” outside his house on the Southside of Providence. According to a complaint he filed with the police department and his comments at a pre-hearing press conference he held last Monday, Prince went out in his front yard and found three police officers detaining two women. An “incident”—unspecified—had just taken place. The officers were speaking “rudely” to the women, Prince said, and “their hands were all in their bags.” Prince, a long-time activist and community organizer with Direct Action for Rights and Equality (DARE), called out to the officers: “you don’t need to talk to them that way.” One of the officers told him to go away. Prince re-entered his house, grabbed his phone, returned to his yard, and began filming the officers. They approached Prince, told him to quit taping, and asked him for his ID: “I want to know who’s filming me,” one of them said. Prince refused. Concerned for his own safety, he took a few steps back from the four-foot fence separating his yard from the sidewalk, and asked the officers for their names. “It was a laughing matter to them,” Prince said at the press conference, miming a manic giggle with his entire body. “One of them, noticing that I happened to be wearing an Obama hat, told me he was Obama. The other one said ‘John Doe.’” Prince turned to go back into his apartment; one of the officers told a second one: “Get that phone!” The second officer jumped Prince’s fence, and began chasing him into his house. He followed Prince inside, into the hallway, where he grabbed his arm and slammed him against the wall. When Prince managed to get his hand on the doorknob to his apartment, the officer tackled him, sending him crashing to the floor and injuring his neck.

In the courtroom at Prince’s hearing, Lisa Reels, a former staff member at DARE, told me that she was just on the other side of the wall from the commotion, in her apartment. “I heard them tackle him,” she said, a quiver in her voice. “I don’t know if it was one of them or two of them, but you only need one. They slammed him into a wall. I was scared, I didn’t know what to do.” Wresting the phone from Prince’s hand, the officer left the building. When Prince made it outside, he found the first officer deleting the video, before throwing the phone in the bushes. “That’s what you get for interfering with the police,” the second officer said.

When Rodney King was brutally beaten by police officers in Los Angeles in 1991, it was an onlooker with a Sony Handycam that brought widespread attention to the case. Multiple witnesses caught the 2009 killing of Oscar Grant in Fruitvale Station in Oakland on their cell phone cameras; their videos spread quickly online, garnering millions of views. When NYPD officers killed Eric Garner earlier this year, The New York Daily News published a video captured by a friend of Garner’s. As cases of police brutality often come down to he said-she said, pitting the word of the victim against that of the officers, video recording—often termed “copwatching” or “sousveillance” by those who regularly record—becomes a method of civil-rights enforcement, of citizen journalism, of mandating accountability and garnering public sympathy.

Filming the police, as long as it does not constitute “obstruction of justice,” is also thoroughly legal. If Prince were behind his own fence, in his own front yard, it would be hard to argue that he was directly interfering with the officers. And even if he was obstructing justice, police cannot enter private property without probable cause, they cannot confiscate or demand to view digital photos or video without a warrant, and they absolutely cannot delete those videos. In the past, officers have been faced with felony charges for tampering with evidence. In filming the three officers, at least one of whom is white, Prince, a black man, legally and indirectly accused them of wrongdoing; in response, the officers physically brutalized Prince and illegally curtailed his constitutional rights.

Providence Public Safety Commissioner Stephen Pare remarked in an interview with Bob Plain of RI Future, “There’s been some misunderstanding among the profession whether or not citizens have a right to video and audio in the public domain. They do.” The issue has been clarified in the courts multiple times—Prince’s attorney, Shannah Kurland, cited Glik vs. Cuniffe (2011) and Gericke v. Begin (2014), two recent cases settled by the US court of appeals for the first circuit. There should be no confusion.

On Monday November 24, Prince’s hearing took place. On a windy corner outside Providence’s Public Safety Complex—in an email, Kurland referred to it as the “Public Danger Complex”—John Prince, dapper in a suit and pork pie hat, held court in front of about 20 supporters. “I’m going right up there in the belly of the beast,” he said, pointing up at the brick building, shaped like a gun from overhead, “and I’m gonna tell my story. Because I am not afraid.”

The hearing lasted four hours, and the inquiry still wasn’t complete; Prince has to return on December 3 to finish up. After that, Kurland says, it will take about a month for internal affairs to issue a report. Later, when I asked Prince over the phone if he’s hopeful about the internal affairs process, he responded with a definitive no. “They were trying to discredit me, cause I work with DARE and DARE has done work with police brutality in the past.” Ray Watson, the Executive Director of the Mount Hope Neighborhood Association, foresaw this: “The fact that anyone would try to say John is doing this to push an agenda,” he said before the hearing, “frankly, it’s insulting.”

“I just want to be on the record,” Prince told me. “I can’t even predict what justice would look like in an ideal world, ‘cause this world is so fucked up.” If the accused officers are found guilty—guilt is determined, it’s worth noting, by a superior officer—they may face disciplinary procedures. But complaints filed are also important in and of themselves; the Rhode Island branch of the ACLU, for instance, keeps track of complaints in order to lend heft to their arguments about police misconduct, and since his hearing, Prince’s case has been covered by multiple local media outlets. In the courtroom—which I was eventually told to leave when the officers requested a sequestered hearing—Prince told us that the opposing lawyers asked if he’d be willing to skip the hearing in favor of a mediation process. Prince declined. “One of [the officers] is a rookie,” he said, “and they work in the neighborhood where I live. Yeah, yeah...I don’t want no fucking mediation. I’m not ready to kumbaya.”

Prince tells me that this is not the first time he’s been harassed by the police. A few years back, his car was searched and seized and he was made to drop his pants and stand with his arms out as the police searched his person in rush hour traffic. The officers claimed that Prince was trying to enter a house that they had under surveillance for drug-related operations. They found nothing on Prince or his car. According to data reported by USA Today, the Providence Police Department arrests black individuals at a rate 3.7 times higher than non-black individuals; this discrepancy is even greater than in Ferguson, MO, where blacks are arrested at 2.8 times the rate of non-blacks. If people of color in Providence are overpoliced, they are also under-represented on the police force: Black representation on the police force is about half the rate of Black representation in the population.

Last January, there were protests in the West End, after officers raided the homes of two Cambodian families in the middle of the night, handcuffing and holding at gunpoint everyone inside, including a 77-year-old woman. Last March, Joshua Robinson, a young black man, was stopped driving home from his girlfriend’s house. Three officers, at least one of them white, began beating him while he was still behind the wheel of his car, and eventually charged him with resisting arrest. In his mug shot, Robinson’s left eye is swollen shut, and dark bruises bloom under his cheekbones. The officers claimed he had just ingested drugs that had given him “superhuman strength.” No drugs were found on his person, in his car, or inside of his body. The list of victims goes on, and these are just the more dramatic instances—the ones that have caused unrest in Providence and that mainstream media sources have covered. Police harassment can also be quotidian but insidious: a constant targeting of people of color and other vulnerable populations.

John Freitas, a street outreach worker with the Rhode Island Homeless Advocacy Project, tells me that police harassment of homeless people in Providence is commonplace. They search people’s bags without probable cause, Freitas says, and “they’re coming up late at night with the dogs, with the canine unit, letting the dog push ‘em, and y’know, just really intimidating. Hoping that the person will do something they can retaliate against.” Sometimes the intimidation is even blunter: “One time we saw them throw a guy up against a fence so hard they broke his belt,” Freitas says. “We’ve gotten complaints of a police officer telling someone he was gonna beat him up and throw him in the river.” And when the homeless try to assert themselves, Freitas tells me, officers charge them with resisting arrest. “The police are who the homeless fear the most.”

Providence is not, of course, an anomaly. Police brutality here fits into a nation-wide narrative of misconduct, systemic racism, and abuse of power. At protests in Providence on November 25, following the Grand Jury’s failure to indict Darren Wilson, the officer who killed Michael Brown in Ferguson, a man with a megaphone read out a list of names of people of color around the country killed by police. The names went on and on, subsuming each other, mingling in the cold air. The crowd’s response was jumbled: “Rest in Peace” and “Rest in Power” collided in a mess of mourning. Hundreds marched that night through the streets of Providence, burned a US flag outside the Public Safety Complex, and shut down I-95 for half an hour. People whose lives had been disrupted by the undue brutality of a racist system gave rise to counterdisruption.

The day before the protests, after Prince’s press conference, everyone milled around, anxiously checking cell-phones for any news on the Mike Brown verdict, which had not yet been released. In the courtroom, Prince remarked that he couldn’t wait to hear it. Lisa Reels, next to me, made a soft noise of assent, but it felt laden with past disappointments. If history were any indication, justice would not be served. It wasn’t. Earlier this week, a Staten Island grand jury failed to indict the officer who choked Eric Garner to death. Nevertheless, Reels sung softly, leaning back in her courtroom pew: “What do we want? Justice. When do we want it? Now.”