A journey to the inside of the earth 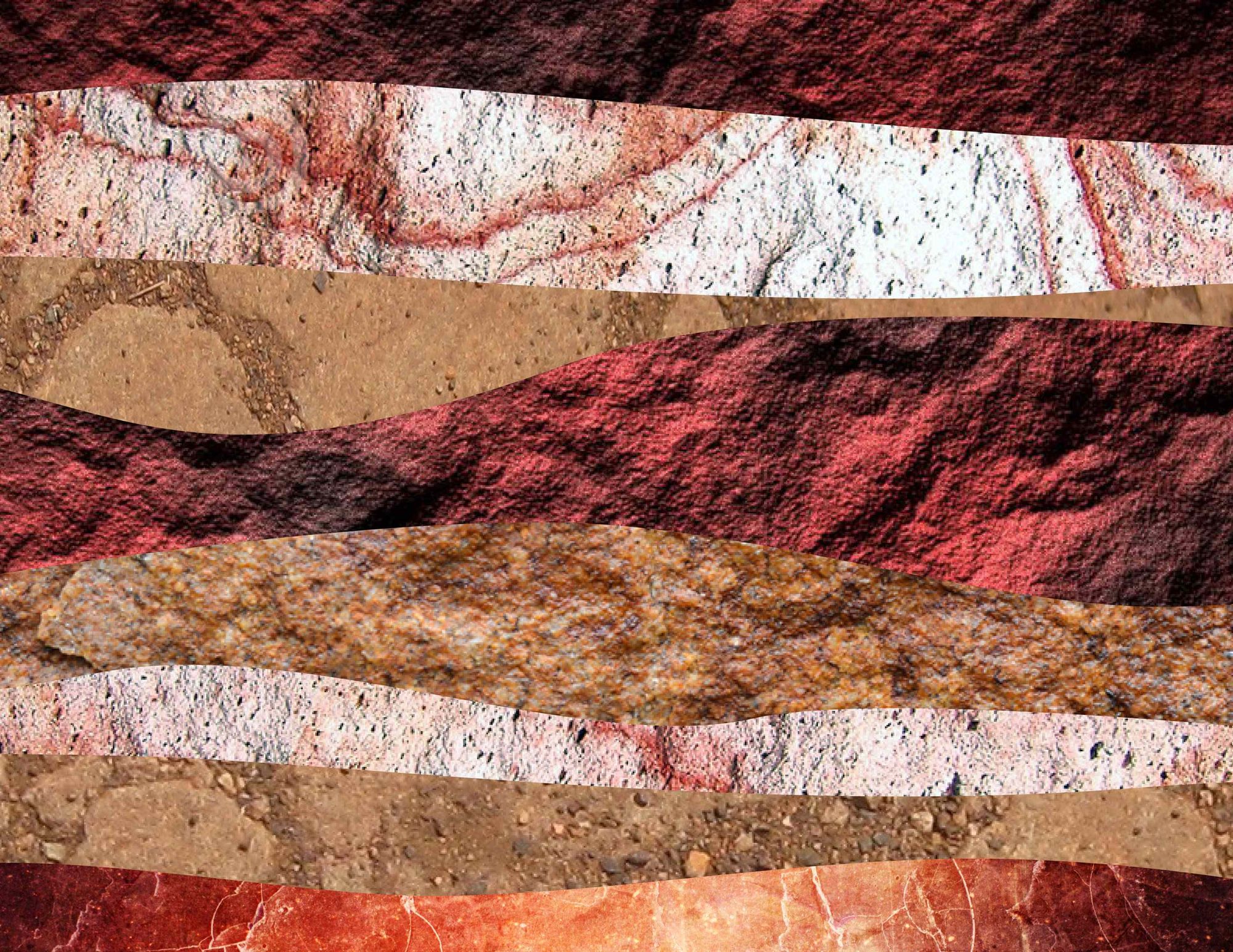 The earth can seem impenetrable, unexplainable, whether you are flipping through the pages of an earth science textbook or staring up at the face of the cliff you are about to climb. That cliff was once completely covered by the sea.The footholds you seek have been carved from the remnants of molten rock risen from deep inside the earth. I learned about these things in my first geology class and never looked back. I often find myself mulling over what I know about the inner workings of this place, trying to put it all together. What did the continents look like before they were the continents? Why do we need a core? How the heck do compasses even work? With a bit of thinking, I figured I could build a small window into the workings of this planet: our bleak, beautiful, mysterious home.

The earth is like an Everlasting Gobstopper. There are layers: from the hard, outer shell on which we live and die and make our homes (the crust); to the molten mass of rock that flows hundreds of feet beneath us (the mantle); to the liquid metal surrounding the solid iron ball that is its core. That innermost layer, the remnants of space collisions three and a half billion years old, sits solidly at our center. It faintly emits heat, giving us the weight that keeps us within our life-sustaining orbit of the sun. Any closer or farther away and our delicate ratios of oxygen and carbon, water and atmosphere, would have evolved such that nothing—not goldfish, not algae, not the nice family from down the block—could survive here. That thick iron core—saved from melting into a sea of metal only by the immense pressure crushing it into a solid mass from above—anchors us. Imagine: our planet, suddenly unmoored from the laws of gravity, rotating faster and faster through space and time. A deep, lasting cold creeping outwards, halting magma in its tracks and ending, before we’d know it, the heat that sustains us from within.

When we are lost in the wilderness, our compasses point north. The needle is steered by the magnetic field that circles the earth; this field encloses our planet in a web of electrical current that extends thousands of feet into space and deflects radiation and bursts of energy from the sun. This, too, comes from the core: as the liquid nickel and iron arc up, around, and down again in an infinite loop, they create the magnetic field that quietly pulses alongside us. Invisible, the field points us north; birds and wildlife sense it internally

and use it to guide them to warmer climates and then back again. But it also moves, as restless as the beings that rely on it. And gradually, in spite of the many lives depending on its influence, the field’s direction veers further and further away from true North (the North Pole) until it finally finds itself at rest near the South Pole instead. Every few hundred thousand years, the reversal begins again.

You can see the traces of each reversal buried deep below our feet and everything we touch. Deep, past shark dens and coral reefs, at the bottom of the ocean, each field direction is burned permanently into the magma that becomes the sea floor, settling in as it cools and hardens. You can see the change, if you look under a microscope. North becomes South, South becomes North, and the earth goes on.

When earthquakes come, they ripple through vacations and lunch dates and daily routines. They cut through mud-covered hills and cracked riverbeds as they propel waves of energy into the ground beneath our unsuspecting feet. The ensuing damage is the distance from the quake and the energy contained in its waves, manifested with unflinching indifference. It is the contents of the earth’s crust, re-ordered and re-shaped. When waves pass through the soft, forgiving bedrock of California, still warm from its ocean birth only a few hundred thousand years ago, they lose part of their energy to the surrounding material. Part of the wave disappears, its strength yielding to grains of rock as it filters through. The earth still pushes and pulls and upends the world above, but even the worst damage has been dampened by the journey through the crust below. But underneath the teeming cities of the East Coast, the hard granite underbelly is cold in its old age. There is no forgiveness when seismic waves find themselves there. No energy is soaked up by the rocks; instead it travels fast and hard and leaves a trail of shaken and shattered remains, ours and the earth’s, in its wake. Sometimes harmony is the worst thing that can happen, like when the frequency of a wave matches precisely with the natural swaying tendencies of the building above. They move together, feeding one another; the resonance devastating your favorite corner store (the one where you used to get snickers bars after school), even as it leaves the next completely untouched.

Three-hundred million years ago, the land that would become Rhode Island was locked in the middle of a supercontinent—a huge island that held most of the earth’s land mass, fused together by the collisions of huge continental plates. These collisions created, among other features, the Appalachian Mountains. Its well-traversed peaks have been frozen, thawed, weathered, and eroded down to a fraction of their original size. Many millions of years later that supercontinent—global unity, incarnate—began to separate again, the east coast of Africa pulling away from the coast of New England in a gradual southern migration. The particles of dirt and rock and dust from the Appalachians gradually settled themselves along Connecticut’s coast, forming the layers of sediment that today reach far out into the Atlantic Ocean, beneath the ships that criss-cross its rolling waves.

Even 80,000 years ago this place was still not yet recognizable. Sheets of ice were on their slow march downwards from the North Pole; the glaciers covered New England until about 20,000 years ago before flowing back north, dragging rocks and boulders across bedrock and carving paths through soft sediments to create what has become Narragansett Bay. The world we see and smell and touch is nothing but a snapshot in a four-and-a-half billion year life. The shoreline of the beach you are standing on, covered by trillions of shell and rock fragments broken apart by water and time, is retreating imperceptibly beneath your feet. Millions of years ago this spot was miles away from the ocean. A few million years from now, it will be miles offshore, sand swirling in the waves that travel inland towards the new shoreline.