Reflecting on a basketball career 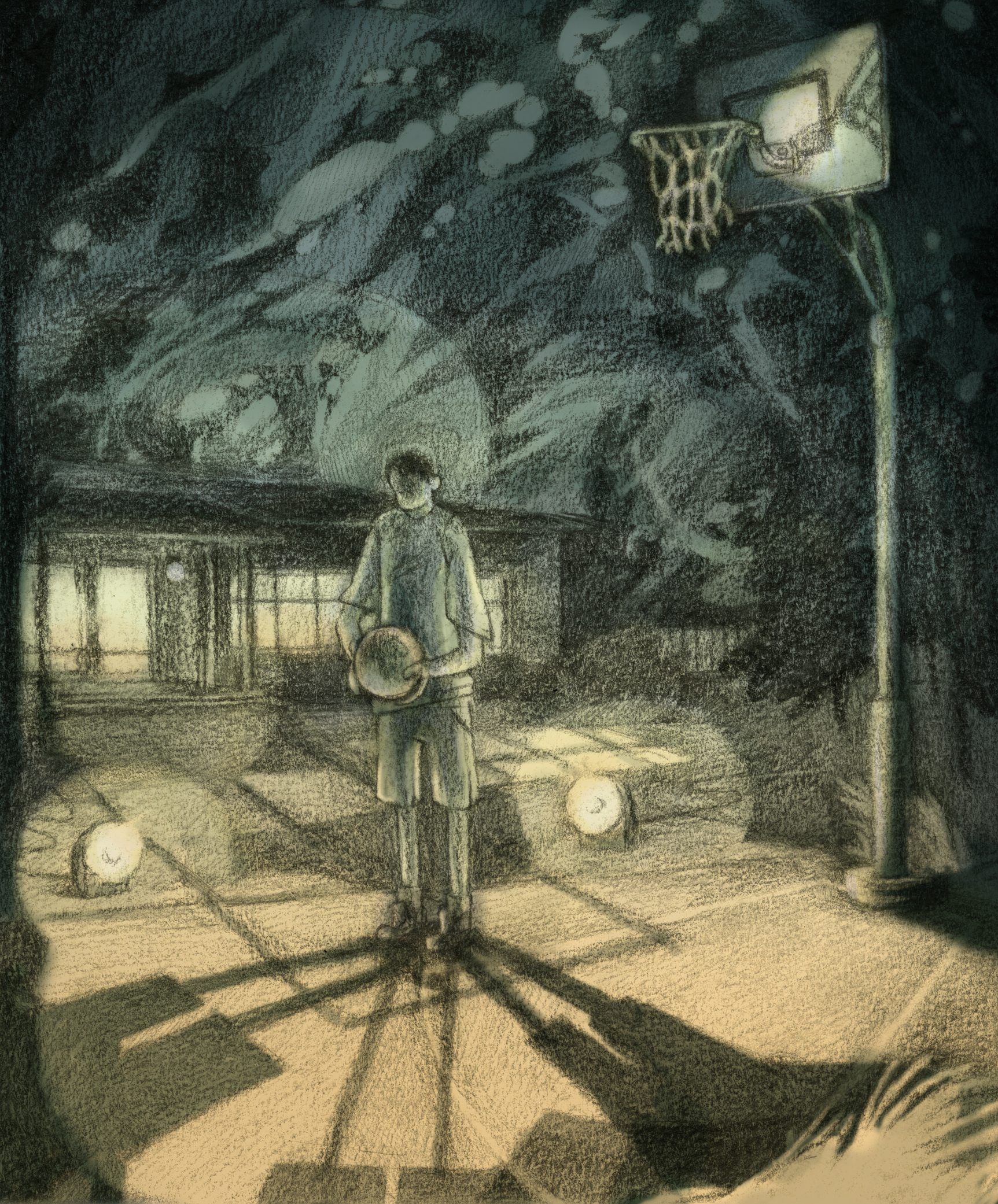 When I was young, I played basketball in the winter, soccer in the fall, baseball in the spring, flag football in the summer. Soccer required too much running; baseball was painfully boring; football was for much larger children. So when my friends reached their late single digits and began settling on the sports they wanted to commit themselves to, I stuck with basketball. It was less an affirmation of passion than an aversion to everything else.

What started as a chance athletic decision blossomed into my youthful raison d'être. As a quiet bibliophile in the cruel world of prepubescent boys, the court was where I found myself. I was tall and coordinated and had an inexplicable knack for being in the right place at the right time. I may have been the last one to be invited for a sleepover, but I was always the first pick in a schoolyard game.

During those years, basketball became a self-reinforcing mechanism: the more often I played the better I got, the better I got the more social capital I accrued—so I played a lot. I joined a traveling club team, which required that my parents shuttle me to the distant corners of Los Angeles County for practices and tournaments. Suddenly, my life became a journey from court to court, and everything else faded away as mere scenery. I switched out my khakis and polo shirts and jellies for shorts and t-shirts and sneakers. I wore sweatbands all the time. I insisted that my parents keep a basketball in the trunk.

Then I stopped playing. I was 15. I had left my first high school because of unrelenting bullying and was miserable at my second. That year, my sister developed a neurological disorder that left her unable to walk or talk for nearly half a year, and both of my father’s parents died. I began taking antidepressants that left me tired all the time. It took all of my energy to get myself out of bed to go to school, let alone go to practice or play a game. I began cutting, which forced me to change in the bathroom stalls to hide my disfigured legs and torso. I tried to keep on playing, though, because depression had taken everything from me, and I wasn’t going to let it take basketball. But it did. One game, I ran from the bench to the locker room and collapsed in the showers sobbing. I used a safety pin I found on the ground to cut, wrapped my legs in toilet paper to slow the bleeding, washed my face, and ran back to the bench. Sorry, Coach, bad lunch.

That spring, my parents sent me to a rehabilitation program. The doctors put me on Lithium, which forced me to sleep 14 hours a day. Therapy, food, sleep, repeat. I gained over 20 pounds in four months. I rarely touched a basketball. Two years of psychotherapy, three months in rehab, a dozen medications, frequent visits to acupuncturists and Eastern herbalists: nothing worked. I was a 15-year-old cutter preparing to take my GED.

It was a cool Los Angeles night, and my father carried up a box from the minivan to our backyard: two industrial-grade 500W lights fastened to a lime green stand. He set them up, flipped them on, and a wave of light covered the makeshift basketball court we had set up nearly a decade earlier. He got a broom to brush the branches and leaves off of the rim and brought me outside. We didn’t really say much that night: I shot, and he rebounded. The next night, we silently did the same. And the night after that, and the night after that.

In a way, basketball saved my life. It obviously wasn’t just basketball—there were my parents, my sister, my therapist, my two best friends. But those nights shooting elevated my psyche in ways I still can’t quite understand. One night, I went outside to shoot and envisioned the grass was the hardwood of a college arena; the trees were screaming fans; the 500W lights were the television cameras. I knew it was a childish dream, but it’s also when I knew I was starting to recover: for the first time in nearly three years I imagined a happier future.

When I re-entered school a year later, this time at my local public school, I spent nearly every lunch period on the court, just like I had a decade earlier. I’d take a ball out of my backpack and quietly find an unused basket. Set, jump, release. Set, jump, release. Set, jump, release. The anxieties of acclimating to a new school waned with every shot. Incidentally, perhaps, the byproduct of all that shooting was that I became pretty good at it. I ended my senior year one of the top scorers in Southern California, was named to the Los Angeles Times All-City Team, and began looking to fulfill my dream of playing in college.

I was recruited by a handful of schools and ended up playing for two years at NYU. An injury freshman year put me out for the season, but after a summer of rehab, I worked my way into the rotation and played significant minutes as a sophomore. When I decided to transfer to Brown, my first stop was the basketball coach’s office. I walked-on, played my junior year, and found on the team some of my closest friends here.

This semester, I began struggling with symptoms of depression for the first time since high school. I realized, in some devastating reversal, basketball was one of the causes. My coach, though friendly off the court, was derisive on it. It became hard for me to hear what the fuck is wrong with you that many times without starting to think something might be; difficult for me to enjoy myself when every mistake was met with a slew of denigrations; impossible for my psyche to remain stable when everything I did was such a disappointment. And the whole production of playing in college changed my relationship to the sport. College basketball is about winning, about extracting as much performance out of the body as possible. The process is important—the weights lifted, the sprints completed, the shots aired—but only inasmuch as they come together in victory. To fully buy into the program required that I buy in on those terms. Shooting was only important to the team if the shot went in. And as I fought not to descend towards my fifteen-year-old self, I didn’t want to care whether the shot went in. I just wanted to shoot, to feel the calm I had found in my backyard lit by the 500W lights my father carried up from the minivan.