Flavor of the Month: Activism

A conversation with Keith Cooper, founder of Providence Granola Project 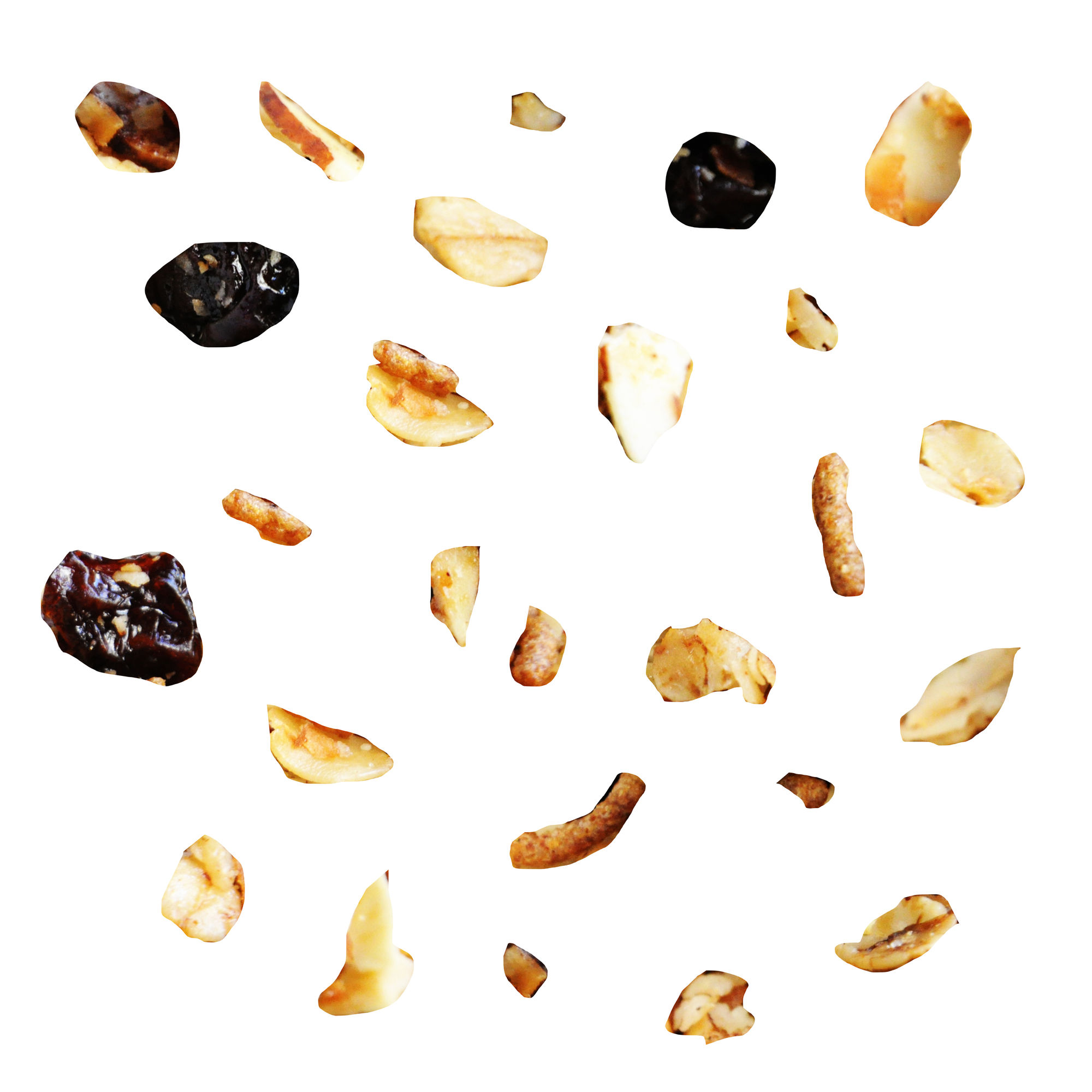 In the corner of my closet, the Treasu(RED) Gap shirt that was so cute during seventh grade sits dejectedly alongside its friend, my string bracelet braided by Guatemalan children. These products are just two among many that supposedly helped someone, somewhere, at some point. The concept of “consumer activism” is hardly foreign to many of us. Companies often market products as “doing good” by saying they will donate some of the proceeds to a cause, just like Gap gave about 20 percent of what I paid for my t-shirt to the Global Fund for AIDS. Sounds pretty great, right? If I’m already buying lots of things I don’t really need, why not have some of that money go to socially responsible projects? Bonus: I get to feel like my shopping is “doing good.” Some critics would actually say that this model harmfully reinforces an unequal dynamic between “haves” and “have-nots” (among other criticisms). Still, defenders might argue that selling products is an effective way to raise necessary funds they would otherwise not accumulate.

One such defender of these “do-good products” is Keith Cooper, founder of the Providence Granola Project. Cooper sells artisan granola to fund his social venture project. In 2008, Cooper wanted to address the needs of the often-overlooked refugee community in Providence. His Providence Granola Project helps refugees from countries around the world, including Liberia, Burundi, Eritrea, and Iraq, enter the job market by employing them to make and sell artisan granola. Refugees in the area acquire on-the-job skills training and language learning while making granola at Amos House in South Providence. The granola is sold around Providence in several stores and farmers’ markets, as well as online. Proceeds from granola sales go to funding PGP and paying their workers. PGP can thus help Providence refugees get the qualifications and connections to become employed.

When speaking with Cooper, I was impressed with his genuine desire not just to contribute what he can to a cause he cares deeply about, but to do so in a responsible way. It’s easy to slate the faceless CEO of Gap for selling activist products, but Cooper is of a different kind.

The College Hill Independent: There are a lot of underserved communities in the Providence area, why do refugees warrant our attention?

Keith Cooper: My background is in refugee resettlement. I started the project as a way to explore what it really took to get refugees into the job market. That was just my starting point, but I feel like what we are doing has a lot of applications to other vulnerable populations. Particularly immigrant communities where there is a lack of English and a lack of literacy. At least initially, I thought it was really beneficial to limit some of the variables when creating a model. If we come up with a model that we are sure works, then I would be more interested in expanding it to other populations.

The Indy: In addition to refugees or immigrants, I can think of other people in the Providence community who might have difficulty entering the job market for a variety of reasons, such as not being able to finish high school. Would you see your program expanding to encompass these groups?

KC: I am not interested in expanding in that direction right now. I feel like the thing we have to offer is that we understand significant cultural barriers. In a lot of places, our employees would try to go in and get a job and they would stare at the floor. I understand, and the people working with us understand that would be a sign of respect. A lot of employers do not have that kind of cultural literacy and, because of that, might not even consider someone a possible employee. Because a lot of what we do is tackling cultural literacy problems, I am not really interested in that direction.

The Indy: When you were first thinking about how best to serve the refugee community in Providence, what made you decide to take the route of creating and selling a product?

KC: I feel like a product is a way to connect people. I haven’t wanted to work with a service because I feel like it doesn’t allow for all the opportunities of education. If we are producing 100,000 bars worth of granola and that’s being bought mostly locally, that’s a lot of specific granola bars getting out into people’s hands. The product can be an introduction to the social challenge we are working on. It can introduce people to refugees within the context of a product they really love and think is really well made. Already that starts to communicate something about who the refugees are and communicate some respect about them wisely in a way that can’t be done through a service.

The Indy: Why did you choose granola? It isn’t necessarily something intrinsic to the cultures of your employees. How did you pick it?

KC: I wanted something that was really marketable to wealthier neighborhoods and to people who might be more socially conscious. In choosing different flavors, we are able to adapt to different interests. I’ve wanted to incorporate more of our employees’ tastes and ingredients, and we have done that somewhat but it is harder to do than you would expect. We chose it partly because I felt comfortable with it, so it is partly my abilities and limitations. I also did not want to create a product that was unhealthy for you.

The Indy: You describe the granola as a bridge between the refugee community and the wealthier communities in Providence. I’m curious who your clientele base is and what you feel like the dynamic is between them and the refugees. Do you feel like your product successfully connects the two?

KC: It opens a door I think. I think there are a lot of people who never consider the fact that there are refugees in their town or city or are their neighbors. We hope that our website and our product and packaging are starting to tell the story of refugees. But I think it can be way more sophisticated.

At the same time I think probably more people have heard about refugees through our product than through lots of other attempts to educate people about vulnerable populations. We can’t prove that, but I think the average person in Rhode Island tends to know more about refugees from us than other places.

The Indy: Do you feel that the idea of helping out is a major motivation for your customers?

KC: It’s a mix. I think some are learning, the product is educating them, and some are committed to our cause and buy the granola because of it. Buyers tend to buy it because they care about our mission. At farmers markets, people tend to buy it because they care about the granola. It’s the same with restaurants and grocery stores. They may sell the social mission a little bit, but really it is the product that matters to them. Bottom line, we want our organization to serve our employees, not for them to serve our organization. Even in our marketing. And it’s really tricky with a social venture. You know, at some point you start needing the social venture to start marketing your product, and there’s just a messiness there. I don’t even like the word refugee very much. I’m not sure refugees love the word refugee. It immediately puts them on the receiving line for everything.

The Indy: What have the outcomes been from your project? What sort of jobs have the refugees you’ve been working with been able to find after PGP?

KC: Our goal is entry-level, bottom-level, service type jobs. Our goal is to get their foot in the door of the job market that would normally just push them out or leave them out for a couple years. I think something really terrible happens when a refugee who really wants to work is shut out of the job market because of language and cultural literacy barriers. I think that sets up a possible lifetime dependence on government programs and a hopelessness that I think is a travesty. The reason a refugee came here is because they usually want a new life and they want to support their family and they are so determined. They will try anything and they make incredibly great employees. Once they have a job, some of them will stay in that entry-level job for the rest of their lives, but others are climbing and growing. This is a step of hope in the direction of self-sufficiency.

The Indy: Someone might approach this problem by teaching language skills and cultural knowledge in the classroom. In what way do you feel like your model is different or possibly offers more than classroom training?

KC: I have designed our model like this because I don’t think classroom training is very effective. Especially the employees who don’t speak English or don’t have literacy, they can find the classroom so alienating. Sit them in a classroom with four walls, add that level of abstraction to the learning process, and I’m just not sure people learn quickly. It is not that I am against education; my background is in adult education. I am totally for ESL, I just think when you keep adding in layers of abstraction between someone and what they want to learn it’s not a good education.

The Indy: You’ve worked with about 30 refugees in your first five years of operation. Where do you see PGP heading in the next five?

KC: I would love to expand into a larger production facility to become a more profitable business. If we could expand three or four times what we are now, we would be making better money and that would sustain our growth or allow for more growth. I would love to be in a multi-use facility that would allow us to make granola and also use the facility as business incubator. I’m not sure I would want to grow much more than that. I think some of that growth, if it works, would have to be Internet growth or sales growth and develop a distribution system up to Boston or New York. I think beyond that,

I am more interested in replicating at the local level. Ideally starting a similar project in Boston or New York.

The Indy: In your opinion, what’s the best flavor of granola that you offer?

KC: [laughter] Never ask those questions. Of course I’ll tell you I like them all! I do have to say, I like our blueberry flavor, which is available only in the summer. I also like our banana bars that we just made.