Television reaches a point of desperation 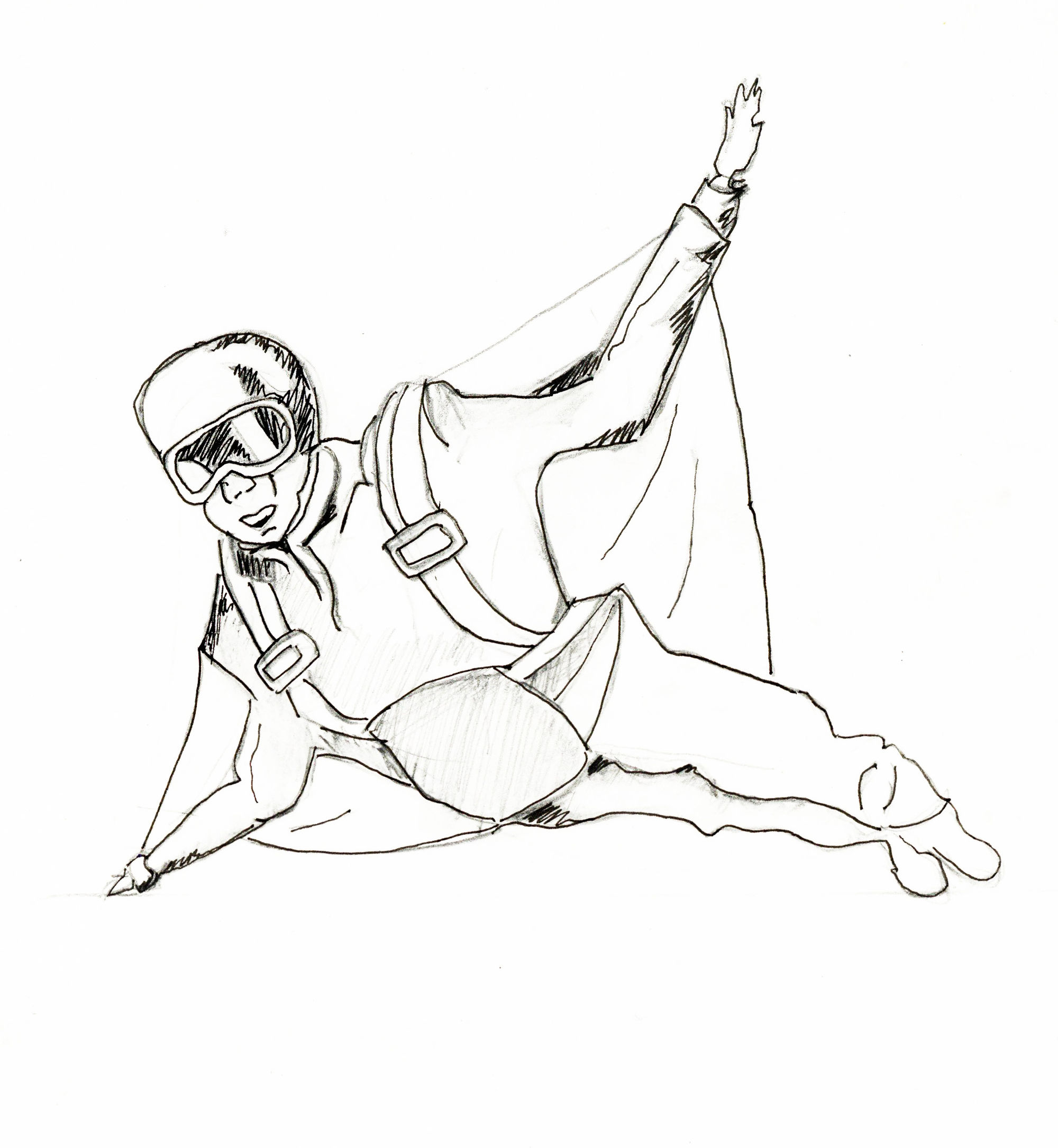 Last Tuesday, Nik Wallenda attempted a truly staggering feat. A luminary in the field of tight-rope walking, Wallenda twinkle-toed 1,000 feet across a wire suspended between two skyscrapers, each more than 500 feet tall. He did it without a harness or safety net, ensuring that one false step would send him plummeting to his death. Far above a boisterous crowd, Wallenda muttered prayers to himself as he slowly inched his way along the wire, a pinpoint on the Chicago skyline. Daring, perhaps to a fault, his gamble paid off, as he was met on the other side by his closest family and friends. The walk was cheered by thousands of onlookers and 5.8 million live TV viewers. Not one to give a horde less than its money’s worth, he then turned around and did it again—this time blindfolded.

Wallenda’s feat marks only his most recent in a string of death-defying Discovery Channel TV specials. Four years ago he tightroped the Grand Canyon, two years back he made it across Niagra falls, and now he’s conquered Chicago. Other daredevils have also been featured on Discovery in recent years, including Felix Baumgartner, who broke the record for highest skydive ever two years ago.

Viewing these stunts, one can’t help feeling a sort of ambivalence. The spectacle entices, the ludicrously high stakes give pause. Guilt is inseparably tied to watching. One knows his viewership makes him somehow complicit: knows that the event wouldn’t be televised if not for him and people like him watching. Even if he’s not directly rooting for the stuntman to die, it is at some level the thought and possibility of death that intrigues. But, of course, one audience-member’s impact on the situation is small enough to allow him to forget whether he has any agency in the matter. The spectators quiet down and become the easily manageable audience of a theater—the stunt is the dramatic production.

On screen, the familiar cast of stock characters are trotted out to reassure us of the stunt’s value. There’s the devoted stuntman who genuinely appears to do whatever outrageous thing it is for the love of the sport; the understanding family who, though they know the danger, support their hero through any outrageous endeavor he sets his mind to; and then the sly TV executive who wants to showcase the stuntman’s abilities, and who admires the man’s daring only slightly less than he does the millions of dollars the event will produce.

Fair enough, but might there be something else at play besides Discovery’s vaunted goal of pushing human tenacity to the limit? Last year, ad-funded TV viewership was down 4%. Tragically, the average American’s 297 minutes spent in front of a TV each day have decreased by 13 minutes from last year to this. But where have Americans been spending all that extra time? Have they turned off their buzzing screens and gone out to convene with nature? Have they started spending more time in quiet repose, contemplating the deeper mysteries of existence? No—they’ve just started watching Netflix. Reports for where TV time has moved point to subscription video on demand (SVOD) services that offer instant content.

The rise of SVOD subscriptions has led to a decline in live TV-watching. Aside from sports and major cultural events, attracting mass viewership has become a challenge for most networks. The ease and convenience of choosing a show to watch without having to suffer through commercials has wide appeal to American audiences. Some consumers are now completely forgoing cable boxes in favor of a Netflix subscription or its equivalent.

The networks now seem to be trapped in a cycle of selfdestruction. Since the birth of SVOD services, TV networks have been selling their shows to these and similar outlets in order to make an additional heap of cash. Most wait until the show’s season has ended to put the episodes up, so as to avoid diminishing weekly viewership. But the past few years of cunning Netflix maneuvering has seen a subtle shift. The amount of cable content Netflix has, combined with its own very successful variety of original series, has begun to make it and sites like it a formidable adversary to traditional television.

TV networks have unwittingly created a Netflix Frankenstein, piecing together with their own flesh the very monster sent to destroy them. What could be worse, with pressure from investors to stave off any decline in profits, networks are actually even more likely to sell their shows to SVOD services in order to make short-term profits and try to patch up the ever-widening holes in their pockets. It appears that TV stations will only continue to ensure their own irrelevance by growing the already gigantic inventory of companies the likes of Netflix. 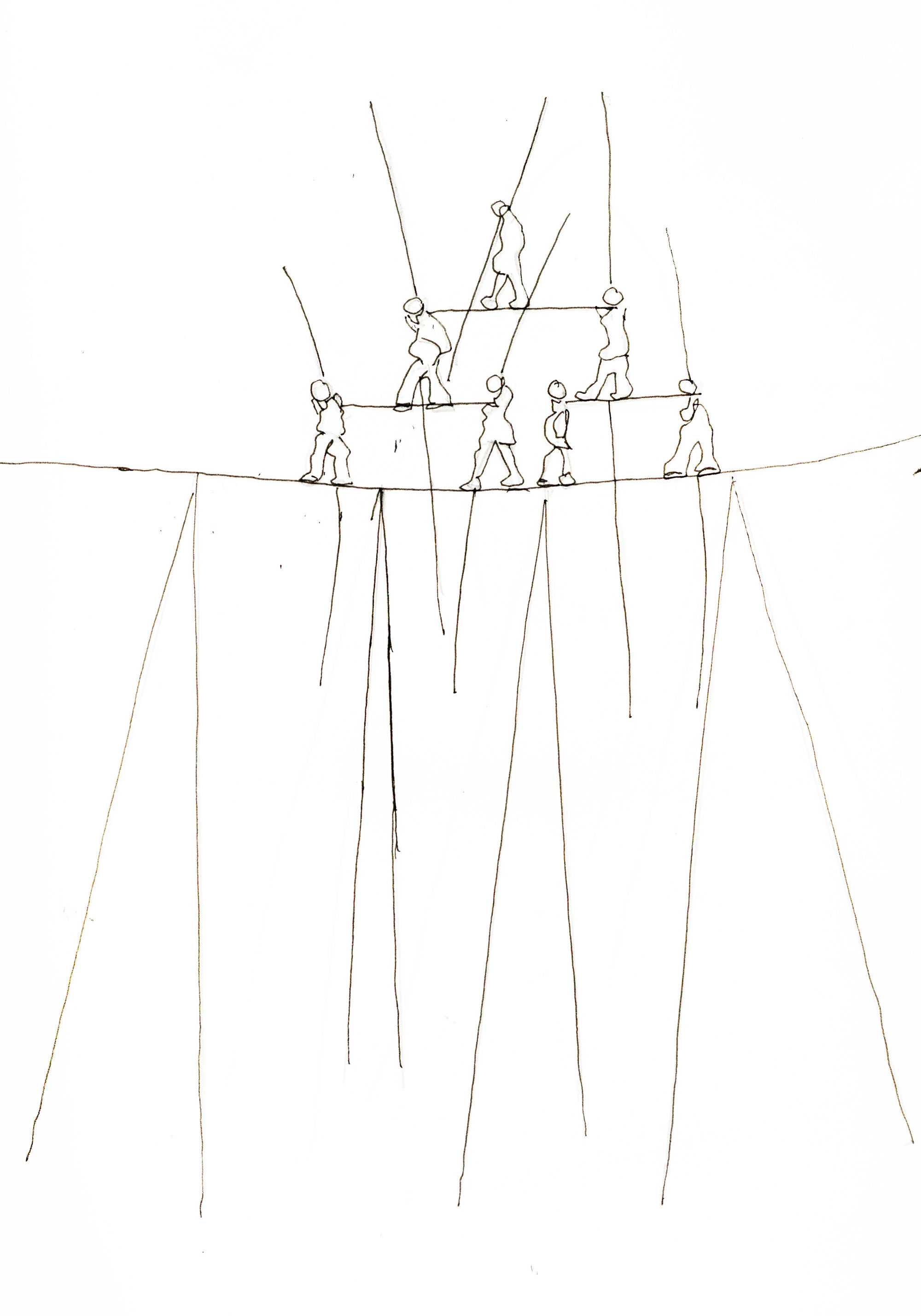 The compelling “nowness” of broadcast television is the only thing Netflix still can’t recreate. It’s for this reason that sports and news continue to thrive while sitcom audiences dwindle. The knowledge that a missed show can be viewed sometime later is consolation enough to miss the original airdate. But Discovery is finding that extreme stunts—some so extreme there’s a chance a person could die—are the exception. If you fail to see these events live, you miss the main attraction: the possibility of failure.

But how far can we take the spectacle? These events carry with them real consequences of danger, and if that very element of danger is to be the draw, how long before something goes wrong, and a daring entertainer is sacrificed for our entertainment? The model for TV strikes of a kind of dystopic Hunger Games-inspired future in which the only way to satisfy the desires of a mass-audience is to provide them with the mouth-watering, heart-wrenching danger of death.

And their next stunt won’t allay any concerns. Discovery has toed the line between the awe-inspiring and the gratuitously dangerous for a while now, but all that changes come December 7. Their next TV special is already being heralded by news outlets as one of the most outrageous events ever set to be televised. Next month, Paul Rosolie, a wildlife conservation advocate with expertise in the Amazon rain forest, will be featured in an epic stunt called "Eaten Alive." The premise? Rosolie is to be shown getting swallowed up by a giant Anaconda. According to the network, the event has already been taped successfully. In it, Rosolie wears a protective suit that prevents him getting digested by the snake’s stomach juices. Anacondas are known to be able to consume living creatures whole, and Rosolie wants to be the first human to ever enter and exit the belly of the beast.

The symbolism is almost too rich. In a world bereft of morals, with greedy network producers only interested in achieving the highest possible ratings, with credulous audiences all too willing to indulge themselves in a gratuitous show of danger, we the audience enter through Rosolie’s head camera to be consumed by the ultimate figure of sin.

“People get bored with real life,” said stuntman Ed Beckley. “Kids need new shoes. House payments are due. Rent is due. Car payments are due. I don’t give a damn who you are, but you are going to watch these stunts and not think about the bad things that are happening in your life.”

Granted, but perhaps it’s not the Discovery Channel’s place to profit from a perverse fascination with death. In the face of monetary crisis, Discovery executives have gone to the extremes of entertainment. The only thing we’re discovering from watching these live TV specials is just how high the level of desperation is: showy stuntmen desperate for validation, predatory TV execs desperate to meet their quarterly goals by any means necessary, desensitized audiences desperate to see something that will hold their attention for more than a few minutes.

The world of Television has long lagged behind the Internet, where whatever is most shocking wins. But the Discovery Channel seems to be opening up new pathways for vapid shock-value. Perhaps some will have the forbearance to avoid watching the grotesque event come December 7. But as for me, I’m afraid I’ll be slithering up to the screen to see what happens. 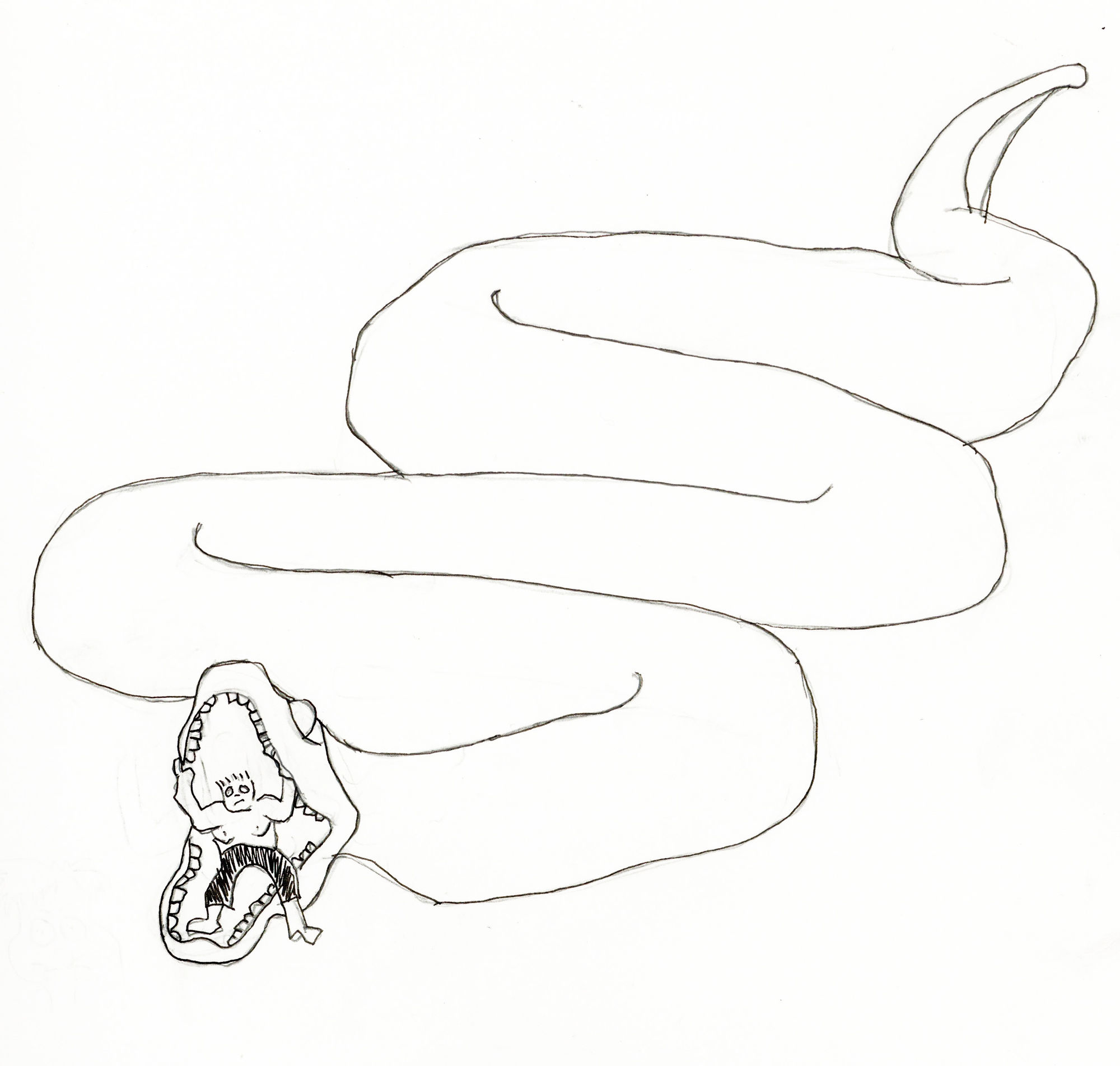