Is there a limit to human performance? 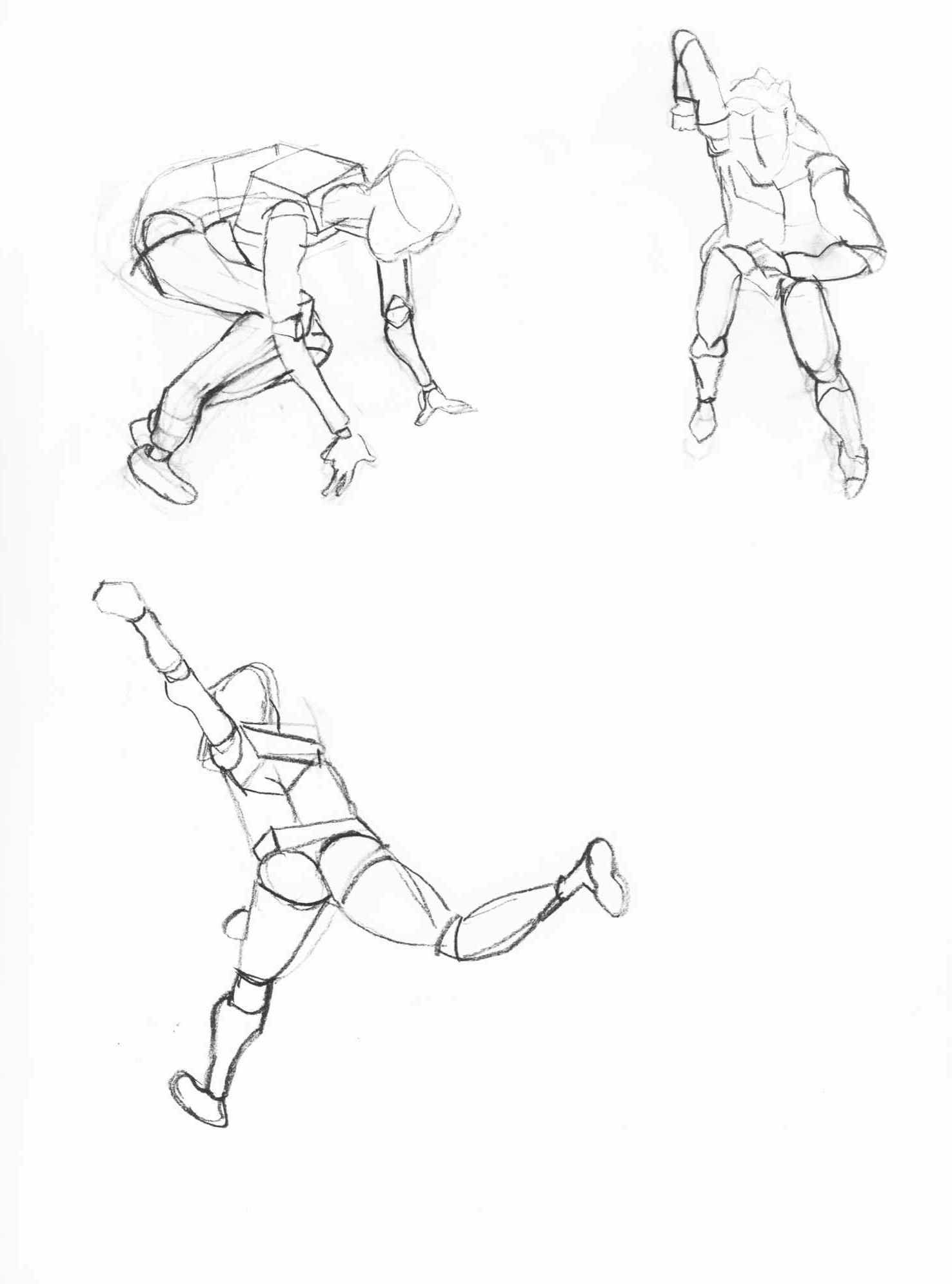 On September 28, 2014, Kenya’s Dennis Kimetto became the first man to run a marathon in under two hours and three minutes, crossing the finish line of the Berlin Marathon with a time of two hours, two minutes, 57 seconds—26 seconds faster than the previous record. Emmanuel Matai, another Kenyan, came in second place, finishing in two hours, three minutes, and 13 seconds, also beating the old record.

They’re not alone. The athletes of this century are shaving off seconds and adding centimeters to records across a range of sports, outright shaming winners from decades past. To put the recent marathon in perspective: had Kimetto been running in the 1908 Olympic marathon, he would have won by almost an hour. Kimetto is convinced he can break the two-hour mark, as is Matai. But as record after record is broken—by, admittedly, smaller and smaller increments—a broader question emerges: is there a ceiling on human performance in sport? And, if so, when will we reach it?

In a 2014 TED Talk entitled “Are athletes really getting faster, better, stronger?” David Epstein explores the intricacies behind the seeming march of progress in sporting performance. Examining a number of different sports, he shows how new technology, more advanced training techniques, new psychological approaches, and the careful pairing of bodies to particular sports account for much of the progress we’ve seen in recent decades. Take Usain Bolt, widely considered the fastest man of all time. Bolt’s personal best time in the 100 meters, 9.58 seconds, far outshines that of American sprinter Jesse Owens, deemed the golden boy of the 1936 Olympics for his then world-record time of 10.3 seconds. Yet, had Jesse Owens raced in last year’s world championships, Epstein explains, he would have had 14 feet still to go when Usain Bolt finished.

But Epstein soon complicates this disparity. Owens was running on cinder, the soft ash from burnt wood; Bolt ran on rubberized tracks. Owens had to dig a hole in the cinder surface to mark his starting place; Bolt had blocks to propel him forward. Taking these factors into account, sports scientist Ross Tucker finds that Owens wouldn’t have been 14 feet behind Bolt, rather within a single stride. In fact, the vast majority of improvement between these two competitors can be accounted for by technology.

Similarly misleading record leaps occurred in 2008, when Speedo got a little too good at making swimsuits. For years, swimmers have taken steps to reduce the drag on their bodies in the water: shaving off body hair, wearing swimming caps. Changes in techniques and technology, including the birth of the tumble-turn and the introduction of pool-side gutters, resulted in bursts of record-breaking over the years. But Speedo’s full-body suits made of impermeable polyurethane raised the bar further. The sleek suits increased buoyancy, reduced drag, and lessened swimmer fatigue. They were so effective that, in individual Olympic events, only four world records remain from the pre-polyurethane era. Fans and swimmers across the world argued that the suit devalued the athleticism of the sport: squeezed into one of these (a process that took up to 30 minutes), less-than-lean bodies became as streamlined as those with six-pack abs. The suit was banned on January 1, 2010—but not before over 250 world records were broken by athletes wearing the suits. Shortly after, Speedo issued a press release, saying the suits had “cast a shadow over the sport.” Although FINA—French for the International Swimming Federation—didn’t nullify the records broken by swimmers wearing these suits, which were all marked with an asterisk, indicating they came with a catch.

Similarly, from the early ‘70s to the late ‘90s, the record for the longest distance cycled in one hour improved by almost five miles as bicycles became more aerodynamic. Then, in 2000, the International Cycling Union decreed that anyone wanting to challenge this record had to do it with essentially the same equipment used by Eddy Merckx in 1972 when he set the record at 30 miles, 3,744 feet. “Where does the record stand today?” asks Epstein, “30 miles, 4,657 feet, a grand total of 883 feet farther than Eddy Merckx cycled more than four decades ago.” We’re fooling ourselves when we believe improvements are all natural.

The ever-widening pool of available competitors has been another major factor in the record-breaking we’ve witnessed in recent decades. The most obvious reason for this is that the world’s population is greater than ever, resulting in more competitors across the board. Take the New York City Marathon, for example, which has exploded in popularity in recent years. In 1970, the first ever NYC Marathon saw 127 competitors, of which only 55 crossed the finish line. In last year’s NYC Marathon, a record high 50,704 runners participated, with 50,304 finishing the race.

The recent search for the bodies best suited to each sport has seen a further influx of talent from developing countries that, until recently, didn’t have access to the training regiments and international competition opportunities available in the so-called developed world. Kenyan distance runners—or, more specifically, runners from Kenya’s Kalenjin tribe—are a prime example. Their long, lean bodies are optimal for endurance running, while Kenya offers the ideal training location, its high altitude allowing runners to improve the delivery of oxygen to their muscles. And they dominate the sport. Epstein puts their success in perspective: while 17 American men in history have run a marathon in under two hours and ten minutes, 32 Kalenjin men did this last October.

Viewed in this light, the record breaking we’ve witnessed in “pure sports” like swimming and track and field isn’t actually a sign of athletic progress; it’s the result of a wider selection pool and better gadgets. Certainly, even with more competitors and new technology, some records show no sign of budging. Mike Powell’s 8.95m long jump record has remain untouched since 1991. Michael Johnson’s 400m time of 43:49 seconds, set in 1996, remains the Olympic record almost two decades later. Although, in 2008 and again in 2009, Bolt broke Johnson’s 1996 record in the 200m, Johnson’s ability to hold both a 200m and 400m record for so long is a testament to his unique athleticism, as these two distances demand vastly different tactics, training, and physiques. These records support the findings of a 2010 study by French researcher Geoffrey Berthelot, which suggest that the height of record-breaking was hit in 1988 and athletic performance has plateaued since the start of the 1990s. Peak performance in 23 of 36 sports, he writes, has stagnated. By 2027, he thinks there will be no breakable records left in “pure sports.”

Now that we’ve picked the best bodies, fine-tuned diet, nutrition, and training techniques, and developed new technologies (and subsequently banned some of them), is there much farther to go?

What’s certain is that the rate of improvement will continue to decrease across the pure sports like swimming and track and field, as the mere willingness to work harder is no longer enough. One exception, suggests sports researcher Giuseppe Lippi in a 2008 article, is endurance events. Unlike a sprinter’s performance, which relies mainly on fast-twitch muscles that cannot be easily enhanced through training, endurance athletes can substantially develop their slow-twitch muscles and aerobic activity through regular practice. That said, marathon times, for example, are tough to compare due to the wild variations in courses and conditions. The Berlin Marathon—the course on which the most recent record was set—is considered to be one of the more favorable courses for runners, with its flat profile, even surfaces, and generally mild autumnal weather.

After this, we might be forced to rely on total athletic outliers to stir up the competition, those individuals that seem born to play a particular sport. Take swimmer Michael Phelps, whose wingspan is three inches greater than his height, lung capacity is double that of the average man, and feet—at an immense size 14—are practically flippers. Or, picture Usain Bolt who, at 6 feet 5 inches, is a head taller than many of his competitor. This means he takes only 41 strides to run 100 meters, rather than the 44 or 45 strides of his rivals. Bolt epitomizes the changing shape of world-class sprinters, who are becoming taller and leaner than their shorter, bulkier predecessors, explains Alan Nevill, a specialist in biostatistics at the University of Wolverhampton in the United Kingdom. While shorter legs give runners an advantage at the start of the race, longer limbs are beneficial in the middle stages of the race when runners have reached their top speed and need to power to the finish. Scott Trappe, who heads the human performance lab at Indiana’s Ball State University, believes Bolt also possesses 25 times the amount of “superfast twitch muscle” of the average human.

Or, perhaps, we’ll revert to different timing systems. In the 1972 Olympics, swimming events were recorded to the thousandth of a second, rather than hundredth-ofthe-second system that was normally used and continues to be used today. That year, the final for the men’s individual medley was won by two thousandths of a second. Public outcry ensued and the universal timing system reverted to two decimal points. Should we encounter a record-breaking drought in the near future, the organizers and sponsors of sports may need to resort to similar timing measures to stimulate public interest in sport. Whether a record broken by this miniscule amount is still meaningful is open to question.

The obvious answer is no, given the public outcry about the Speedo suits and widespread outrage following Lance Armstrong’s 2013 confession of performance-enhancing drug use. Even Flo-Jo’s frozen record from 1988—when she ran the 100 meters in 10.49 seconds, a time no woman has come within a seventh of a second since—remains a source of contention today, having occurred before the days of drug testing. Although performance-enhancing drugs and better swimsuits are both examples of technology improving performance, clear distinctions can and should be made between the two. While drugs have been used by some athletes in some sports on some occasions, technology has made a difference to athletes across all sports, from faster bikes to lighter shoes. While the former represents a moral transgression and an example of unfairness, the latter merely disrupts the historical continuity of sporting progress.

This raises questions as to where the boundary sits between acceptable and unacceptable technologies; between those that are considered positive advancements and those that are deemed disruptive or too good to be believed. As it stands, this line is blurred. While Speedo’s full-body swimsuits were swiftly outlawed, there’s been no question as to whether we should remove the gutters from the side of the pool or return to cinder running surfaces. While we’re certainly not about to go backwards, this demands the question: moving forwards, where will we draw the line between what is “natural” enough and what is artificially enhanced?

If and when the “pure sports” run out of breakable records, perhaps the focus of the Olympics will shift away from swimming and track and field, towards team sports or events requiring more subjective judging processes, like gymnastics and diving. Perhaps we’ll stop placing so much emphasis on records and comparing today’s athletes to those of the past. Whatever happens, the appeal of sport will surely live one. There’s something awe-inspiring about watching bodies so fine-tuned they’ve become instruments, completely under the athlete’s control; about seeing disciplined bodies pushed to their physical limits.