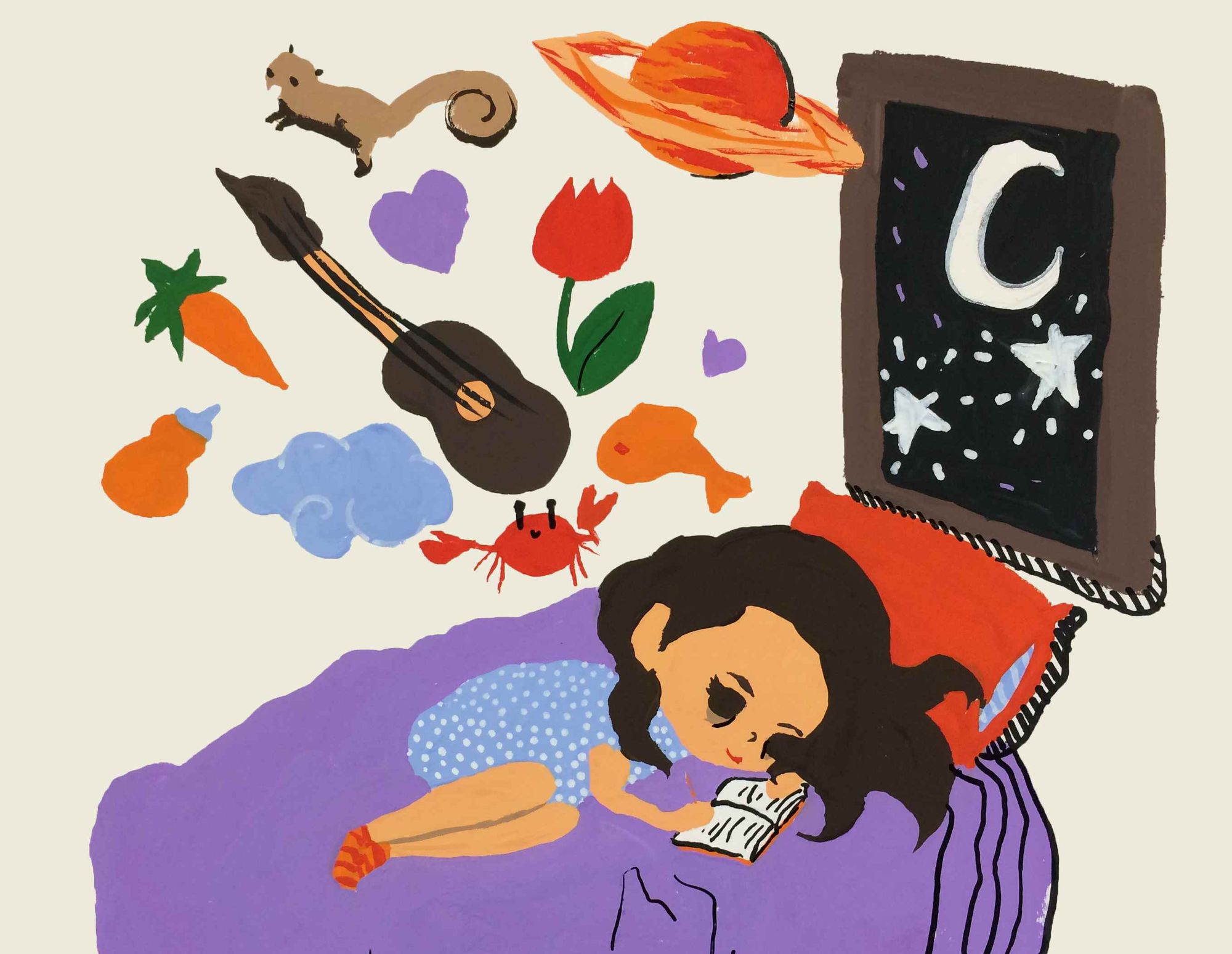 Man: Well Hello Melinda and isn't it a pretty day Melinda: It sure is Man, it sure is.
Man: But I sure could use a—
Melinda: I could use a a a a--

Man: What?
Melinda: A part, but apart from the particles, it’s been said before, it’s a pretty day—there are yellow bits of cube on the smooth glass surface, can’t cut them up color is color, yellow is yellow, a part of yellow is yellow, can’t break! I can, though, and a year ago I was sliding inwards towards my own peach navel, my own peach mouth and (I lay on the couch she pet the cat she pet my cat and I breathed so hard I thought I would stop pumping blood except to my left breast which was hard and her hand was soft and I wanted so badly to kiss her. I did not.) I hear the rude beep of the texting screen now and there are buttered waves in the background piping out from my cellphone's left ear, a minute. Hello?
Man: Melinda?
Melinda: Yes, it’s me! The ironie! The ironie! It repeats itself over and over, over the television screens in the dark while static eyes spark and bald guys purr in the dark. I'm a poet! I'm a poet while she sleeps in the bedroom. I have stolen everything I have I have stolen everything I have seen hahaha— Man: Go to sleep Melinda. It’s late.

but man you see I'm kind of spun now, my eyeballs are true spheres now, I'm blue and the kids can't possibly tell but I feel the dimensions of the space between us now, I can't touch anything! and the winter it's killing me, I need some sun.

the dark underbelly of the is and the is not
and the bright twinkle of our own yellowish eyes gazing all around, we are overwhelmed by the darkness between the blankness and the chaos and quickly put our hands around the sides of our eyes, gaze only at our shadow selves into our multiplied jaundiced faces burnt by the sun and overwhelmed by our tininess we look to eachother and say we are large we are huge we are all that we can see we are awake and we are like the waves (or go to sleep, you don’t know what you are saying) and then we slam up into eachother believing in our power because it is truly as large as the slab of glass and the finger tip because it is equal and they are equal and we are all the same shards of the same sameness but we are different because we in fact are weaker, we in fact break in two.

I can’t see anything darker than my red eyelids now. jitter jitter full mind in the empty house. words strung inside wired veins—companions, keep me up.
“Chained in the yard, a dead-eyed dog under the oleander tree.”

(The brain concocts, fractures visions.
Circling ancient useless thoughts, it apes so many faces Some places too.)

first useless image one:
there is a park up there with lavender and rough bark and twilight light periwinkle blues a fat old man
—Old Fatman—
sits in the middle ankles crossed mock butterfly
tight suit stretched tight across his knees, he hums a tune with a bowler hat and glasses on his head,

strange code they cannot decipher from out there, oh oh one oh open to scene three:
Old Fatman hunched migraine wailing, in the square with dark bark and dogs and knees words thud out of lips and eyes and limbs so “oh my head, oh my god!” or “my eyes!” or “shhh, go to sleep” rocks blinks quick tries to quell the chaos up out there and the blankness up out there

Man: Melinda? Where are you? Melinda: Hahahaha! Go to sleep!