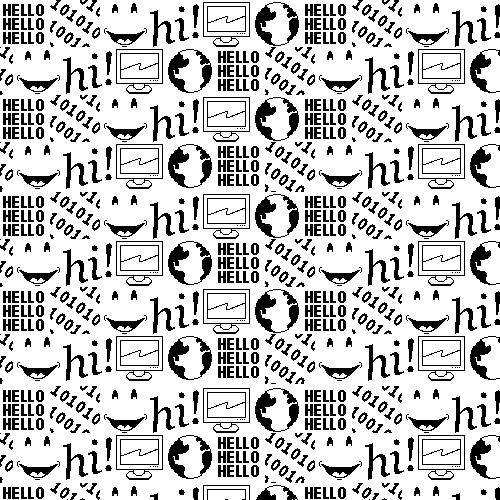 In 1997, computer scientist Michael Lesk published a paper on the size of the Internet, estimating it to be roughly two terabytes of text-based data; 16 years later, in 2013, Kenny Goldsmith attempted to print out the entirety of the web, resulting in a 10 ton pile of paper in an art gallery in New Mexico. Today, both of these gestures seem quaint, perhaps purposely so. We know the digitalization of media has inundated us with text—what else is there to be said of the vastness of the JSTOR archive, the mountains of alphanumeric code hidden behind images, or the seemingly endless list of print-on-demand books from Lulu and Scribd. And yet, these banal assertions provide the unavoidable backdrop for any current literary production. One might assume that in this climate, writing a naturalistic prose novel distributed by a major publishing house would be considered misguided if not woefully nostalgic, something akin to opening a video rental store that specializes in LaserDiscs.

And yet, some of the finest literary minds seem to be doing just that. Karl Ove Knausgaard, Tao Lin, and Ben Lerner—three of the stronger Western, male writers currently enjoying widespread popularity—have all participated in this practice, with Lerner’s 10:04, published this September, marking the most recent example. Each author maintains a distinct relationship with the web; Lin’s desperate embrace is realized through his prolific blogging and tweeting; Lerner’s high-brow cherrypicking comes in the form of Paris Review blog posts; and Knausgaard, though his writing and life can appear hermetic, seems to have developed a fashion and prose style that the Internet finds hard to resist. Despite these different approaches, no author seems truly ignorant of the web’s proliferation of text. In fact, it would be difficult to accuse these writers of being ignorant of anything. In Taipei, as protagonists Paul and Erin walk through the shopping district of Ximending, Lin writes:

“[Paul] knew now would be the moment—like when a character quotes Coleridge in Eternal Sunshine of the Spotless Mind as the screen shows blurry, colorful, festive images of people outside at night—to feel that the world was ‘beautiful and sad,’ which he now felt self-consciously and briefly, exerting effort to focus instead on the conversation.”

Paul’s acute awareness of affectation, often bordering on paranoia, permits him only the most oblique, mediated access to even the mildest emotions. This crippling desire to denaturalize any gesture, common ground for all three novelists, isn’t limited to just the characters. Lerner’s 10:04 is infatuated with its own construction—the novel explicitly references its origins as the New Yorker piece “Golden Vanity” Lerner wrote in 2012, going so far as to reprint the short story in its entirety within the novel. And while Lin’s fractured prose and Lerner’s incessant narratorial deconstruction are nothing new for the novel, they underscore a tacit recognition of the novel’s newfound awkwardness in the age of the Internet.

Perhaps what sets these books apart is the delight they take in their own awkwardness—all three derive much of their tension from stretching the roman à clef veil as thin as possible (in Knausgaard’s case, the veil may have disappeared entirely), often using fiction only to expose its own clunky artifice. In Lerner’s reprinted New Yorker story, now supposedly written by 10:04’s narrator (suspiciously also named Ben), someone asks: “Where’s Ari?” only for the story’s protagonist to respond, “She’s not in this story.” Ari, the name of Lerner’s actual wife, appears only to gleefully disrupt any residual claims of verisimilitude in an already splintered and mirrored narrative. These delights are passed on to the reader as she tries to search for the author, always dwelling just at the edge of her peripheral vision, enjoyably taking part in a game the postmodernists have long forbidden. As Taipei’s Paul makes reference to “working on something,” or Knausgaard’s narrator mentions attending a writers’ seminar in Biskops-Arnö, one has to wonder if she’s seeing the historical author peek through the pages.

As the narrator recounts large swaths of his life with painfully straightforward language, these lists of tedious chores become something akin to a leitmotif. It is in these overly articulate yet utterly banal moments that Knausgaard most closely approximates an Internet inflection. While Knausgaard’s interactions with the Internet are limited and his concerns more driven by abolishing overly-refined literature than adopting a specific tone, making the argument for its influence on his writing difficult, his readers maintain a dominant web presence—extensively reviewing and discussing the Norwegian author’s work on nearly every literary blog imaginable. Knausgaard may not have had the Internet in mind when he composed My Struggle, but the strength of his reception is predicated on it. When Lerner mentions how to manage the unpredictable wait times for Christian Marclay’s The Clock, or when Lin recites Paul’s incredibly detailed shopping lists, we are reminded of the long-form, personal blog posts that dominate Tumblrs and Blogspots across the Internet. These blogs grant something of a grand permission for the authors. Knausgaard can dwell on minutiae for pages, using only the most banal, unliterary language, and people find plenty of reason to continue reading. Lin can divulge highly personal information for pages on end without ever feeling too indulgent. And for Lerner, the Internet provides access to the uncanny state of being entirely informed yet completely alienated. While shopping in Whole Foods, 10:04’s narrator picks up a box of instant coffee, noting:

“The seeds inside the purple fruits of coffee plants had been harvested on Andean slopes and roasted and ground and soaked and then dehydrated at a factory in Medellín and vacuum-sealed and flown to JFK and then driven upstate in bulk to Pearl River for repackaging and then transported back by truck to the store where I now stood reading the label.” Much of this passage could have been lifted from a Wikipedia entry, and it leaves the reader, much like the narrator, lost in a maze of information pointing nowhere and everywhere at once. In many ways, these threads of thought provide the backbones for these novels. Despite this influence, or perhaps precisely because of it, a certain antagonism exists between these authors and their Internet counterparts. In a recent interview for The Believer between Lerner and Lin, Lerner states:

“I think the anti-intellectualism of a lot of contemporary fiction is a kind of despairing of literature’s ability to be anything more than perfectly bound blog posts or transcribed sitcoms.”

It is interesting that Lerner, who has written glowingly of Knausgaard’s child-like simplicity, finds fault with fiction’s recent anti-intellectual turn or the dominance of “the perfectly bound blog [post].” This disdain, however, can be seen most clearly in Lerner’s and Lin’s own works. In an attempt to free their novels from the "anti-intellectual" influence of blogposters and tweeters, they have fettered themselves to often outmoded concerns. Lerner’s anxieties over the death of the novel, author, and reader seem to stem from a decidedly postmodern, Barthesian vision of the world, where one is inundated with images rather than text, where publishing is a dying industry rather than an inescapable reality, where one is wholly estranged rather than hyper-connected. In many ways, Lerner is approaching his work with a pre-digital perspective, failing to understand that it is neither prose, nor authorship, nor readership on the cultural chopping block, but rather postmodernity itself.

Much like Lerner, Lin also has a tendency to harken back to bygone eras—Taipei’s silent desperation and indecision can often read like passages from a Hemingway novel—replacing Hemingway’s laconic stoicism with an equally laconic fragility. Lin simultaneously lets the Internet influence his sentences and preserves a sparse modernist prose while discussing MacBooks and kombucha. Although Knausgaard isn’t impelled by the same desire to distance himself from Internet writing, the subject matter and concerns of his novels can feel similarly outdated. Knausgaard’s obsession with his own childhood and the death of his father, often articulated in hundred-word sentences, seems more in line with the high modernism of Proust than contemporary fiction. At times, this type of formal nostalgia tethers Knausgaard’s work just as tightly as any of the literary niceties he avoided in composing My Struggle. While all three authors can be frighteningly lucid and illuminating, their writing is often overshadowed by these anachronisms, sparking a terrible paradox: in fearing their own irrelevance, they’ve helped assure it.