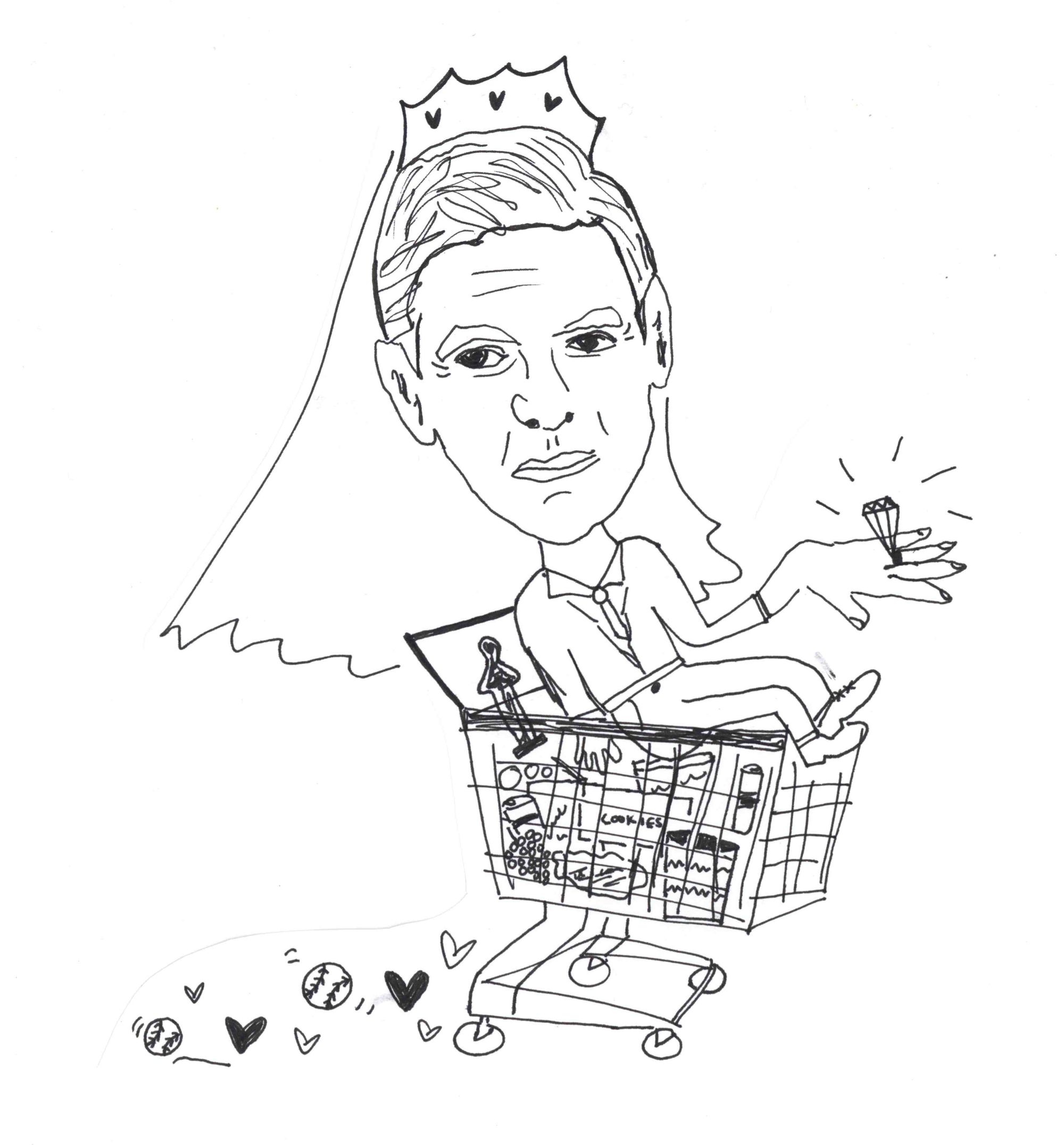 WHAT THE FUCK IS A BARRISTER?

A British lawyer, basically. One of them, Amal Ramzi Alamuddin—also an activist and author—recently married George Clooney.

When George Clooney was named Sexiest Man Alive by People Magazine for the second time in 2006, he talked about Italy in the interview following the award: “I think people in Italy live their lives better than we do. It's an older country, and they've learned to celebrate dinner and lunch.” When George Clooney thought about Italy and the words “celebrate,” “dinner,” and “lunch,” he knew he’d have to do his next wedding in Venice, which he’s now done, as of last Saturday.

George Clooney has been named Sexiest Man Alive twice, and he’s gotten married twice, but he’s only won one Academy Award, which he won for his role in Syriana. (I’m not counting his third of Argo’s best picture Oscar, because he was an “Executive Producer”—whatever that means—so he had to share it, and I didn’t like that movie at all.)

Amal Alamuddin was born in Beirut and is 17 years younger than George Clooney. She speaks Arabic, French, and English. She went to Oxford, then law school at NYU. As a lawyer, she’s represented the state of Cambodia, a former Libyan intelligence chief, the first female Prime Minister of the Ukraine, and Julian Assange. “But Argo and Syriana were about the Middle East,” you say.

Purported discrepancies in the ethical value of the work of the two hot-but-in-kind-of-a-boring-way married people have been met with a couple headlines that are quite funny: “World famous human rights lawyer marries star of Spy Kids 3D: Game Over from The (other) Independent’s subsidiary i100. I also liked a headline on thebusinesswomanmedia.com that reads: “Internationally acclaimed barrister Amal Alamuddin marries an actor.” There’s that “barrister” word again.

Personally, having been taught what a “beard” was with the example of George Clooney and his years and years of ephemeral young model girlfriends—a beard, colloquially, is “any opposite sex escort taken to an event in an effort to give a homosexaul [sic] person the apperance [sic] of being out on a date with a person of the opposite sex” (Urban Dictionary)— I’m hoping they’re at least good friends.

George Clooney has reportedly said that he’s “marrying up” and Amal Alamuddin’s close friend, Jae Kim, told ABC Entertainment: “ever since [Alamuddin] met George, she has been on time.” –EF

Admit it. We’ve all done it. I always do it. Shamelessly, in fact. You leave the supermarket and stowaway your fresh groceries and Windex in your car, but then you don’t know what to do with your shopping cart. Besides walking 500 feet back to the K-Mart that you now despise for wasting your time, there is absolutely nowhere to put it. To you, the consumer, it was the mere vehicle of your most recent indulgence; you’re louche, you care not for it. You opt to push it aside, letting it roll to its heart’s content. In the corner of your eye, though, you notice it slowly rotate, then, turning fully, rapidly accelerate down the unapparent gradient of the parking lot toward the tailgate of the neighboring Ford Fiesta. If you are a somewhat conscientious shopper, you may feign pursuing it, but, usually, you let self-interest prevail in full pride, for you are now the proud owner of that Scorpion 6.0V Cordless Bagless Dirt Devil you have always wanted. How shopping carts then end up in basements and college dorms, nobody knows.

Our grotesque world now faces the colossal catastrophe that is shopping cart abandonment in a new form. The online shopping cart, the beautifully sleek digital counterpart to that rusty receipt-ridden metal thing you are accustomed to, is being abandoned like never before. According to the Baymard Institute, that institute you think you know at that university you can’t remember but is actually a UK-based web-research company, 67.45 percent of digital shopping carts are abandoned. These aren’t just empty, cockeyed rollers, either; in the digital world, carts are full of unpurchased goodies. That means 67 out of every 100 customers leave a website without purchasing anything that they put in their cart—a figure that would be unacceptable for a physical store. For online retailers, this amounts to $4 trillion of lost potential revenue each year.

The institute’s research, released earlier this week, asked shoppers why they left without paying. 32 percent of shoppers responded by saying the overall price was too expensive. Fair enough, given that the average online purchase is $116.58. A majority of these same people say they would go through with their purchase were the basket half the size and the price half as much. User interface has become too good at its desired ends of “not making the user think.” We love everything, fill up our carts, but, in the process, we are overwhelmed by the other possibilities. We consider buying it all, but then we buy nothing, for too much is too much. Window-shopping has taken up a new meaning, and asceticism has never been more ironic. –SC

Baseball fans might remember former Atlanta Braves pitcher John Rocker for one of two reasons. First, for the several great bullpen seasons he strung together in the late nineties and early aughts, or, second, for the racist diatribe he gave to Sports Illustrated in 1999 about why he would never want to play for a New York team: “Imagine having to take the 7 train to the ballpark, looking like you’re [riding through] Beirut next to some kid with purple hair next to some queer with AIDS right next to some dude who just got out of jail for the fourth time right next to some 20-year-old mom with four kids. It’s depressing...I’m not a very big fan of foreigners...How the hell did they get in this country?”

Since his retirement from baseball in 2003, Rocker has continued to court controversy. He sells t-shirts on his website that say “Speak English,” and he once claimed that the Holocaust wouldn’t have happened if there weren’t gun control laws in Germany. But this didn’t exactly make the evening news: most people took his comments as attention-seeking gibberish from a D-list celebrity, sad nonsense from a has-been whose baseball games were once broadcast to an audience of millions and who was just searching, searching, searching for a way back into primetime.

Last week, John Rocker made his debut on Survivor, the reality TV show somehow in its 29th (!) season in which marooned strangers provide for their own survival (in places where people actually live), compete in challenges, and vote each other off the show. Knowing that his former athletic stardom (or reputation as a racist bigot) might make him a target for elimination, Rocker has so far tried to remain incognito among his tribemates. When recognized by one older Braves fan, he somehow convinced the man to keep quiet. But on the preview reel for next week’s show, Rocker is seen saying, “If you were a man, I’d knock your teeth out.”

The countdown continues for Rocker, and we wait in anticipation. Will he continue to blend in anonymously in his tropical beachside abode? Or will he be recognized and his true identity revealed? Either way, he better hope to find a way to avoid making enemies, or he might end up in a familiar place: washed up. –KG