Side with the Seed

A conversation with Spencer Tweedy 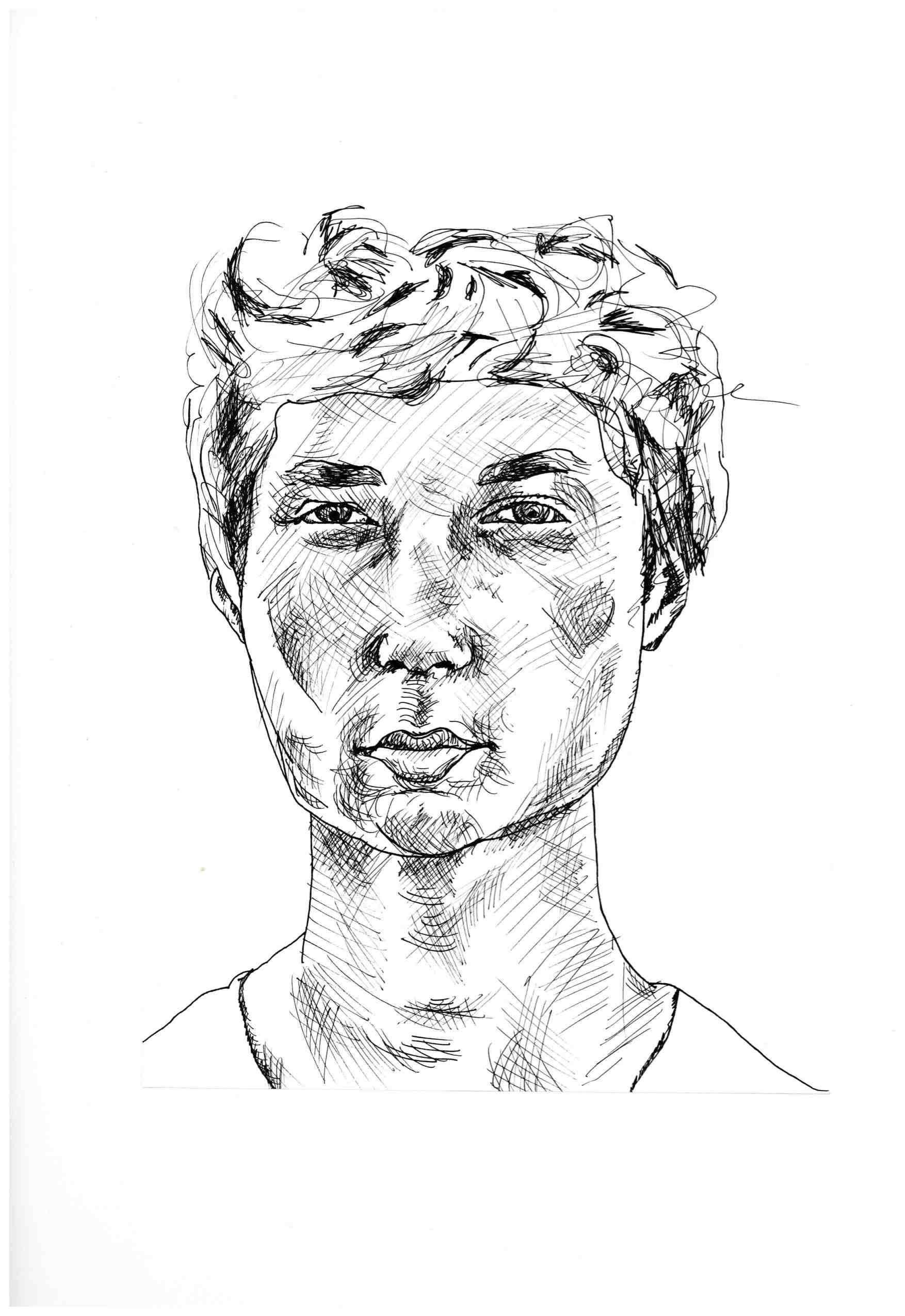 “Is this a strictly bandmate relationship, or do you ever have to say, ‘don’t make me pull this tour bus over?’” Stephen Colbert asks Jeff Tweedy in an interview with the Wilco frontman and his teenage son, Spencer, on Monday night’s Colbert Report. The father-and-son duo—recording, simply, under the name Tweedy—released their first album, Sukierae, this past Tuesday. Spencer, 18, plays drums, while the older Tweedy sings and takes charge of most other instruments. As Colbert suggests, the record is a family affair in both lineup and content: Wilco has long been held as a token “dad rock” band, and, while the classification feels like a cheap shot, many of Sukierae’s best songs—“Nobody Dies Anymore,” “Pigeons,” “I’ll Never Know”—allude to themes of parenthood, married life, the household routines of watching television and falling asleep. During the recording process, Jeff’s wife, Susan, was diagnosed and began treatment for cancer. Oblique references to that are present on Sukierae, too. On The Colbert Report, father and son sit close together and occasionally say almost the same thing at the same time. Spencer—quiet, lanky, wearing a denim shirt that almost matches Jeff’s—seems to defer slightly to his dad.

The Tweedy live band plays “Low Key” on Monday night’s show, a song from the double album’s first disc. Like Wilco’s best records, Sukierae is effortlessly versatile in style, shifting fluidly between genres and moods. There are a number of catchy, breezy folk-pop tunes among the album’s 20 tracks, but there are also moments of pared-down balladry, crashing, electrified almost-punk, dark and reverb-heavy dream pop. Anchoring nearly every track, and often working its way to the forefront, is Spencer Tweedy’s tight, splashy drumming.

Tweedy’s children have often had peripheral roles in popular narratives about Wilco. Spencer and his younger brother appear at the edges of magazine profiles and interviews; in I Am Trying to Break Your Heart, a documentary about the making of Wilco’s muchlauded 2001 album Yankee Hotel Foxtrot, there’s a scene in which Spencer Tweedy, preschool-aged, bangs out one of the record’s songs on his lap. (He’s been a percussionist for a long time.)

Spencer isn’t the young boy on the washed-out cover of Sukierae—that’s Jeff Tweedy as a kid—but perhaps comparisons are meant to be drawn: between child and parent, present and history, a nascent musical trajectory and one that’s arguably at its peak. I spoke to Spencer this past Saturday, on the morning after the first show of Tweedy’s current tour. He answered my phone call from a music festival in Bristol, Tennessee. We spoke about making Sukierae, his experiences as a young musician, and growing up with a hugely successful indie-rock dad; he told me before we hung up that he’d been interested in speaking to the Indy because he’d almost applied to attend RISD next year, after Tweedy finishes their tour.

The College Hill Independent: I know you’ve been in a band for a long time, beginning in elementary school. When you were playing with your old band, The Blisters, did you ever feel like you were tokenized as a “young” band? Is it different to be on tour with an older, more established act?

Spencer Tweedy: Oh, yeah, it’s definitely different. The Blisters really only played shows for our friends, or the people we went to high school with, or people in the general Chicago music community, and, you know, that’s a rowdy teenage bunch. Whereas these shows are with more serious music fans, who like my dad enough, or like what we’re doing enough, to pay a decent amount of money to come see us. So, there’s definitely a difference, but I wouldn’t say that either is better or worse. I can’t speak highly enough of both bands. I’m really enjoying myself in this situation, where I get to play with my dad and we’re playing in really beautiful, historic venues to large audiences. That’s a really nice luxury.

The Indy: I’ve seen on Twitter that you’re involved with—or at least a supporter of—allages music initiatives. Have you ever had any difficulties navigating or performing in musical spaces that are 21+?

ST: I’ve definitely been jostled around a little bit by club owners or security people or whoever’s in charge of enforcing rules at bars and clubs where we play music. But the Chicago music community is really, really supportive, and there are a lot of venues there that are not only open to having all-ages shows, but welcome it, because there’s a strong community of teenagers and underage people who want to come see music. And they make money off of them. So, in Chicago, I’d say the situation is really, really good, if not ideal. It’s not too hard to book a show if you’re a kid band. There’s a range of options and they’re all really supportive.

The Indy: How much of a solo record is Sukierae? It was born from the experience of your mom being sick, which must have been a shared experience in your household. I was wondering how much you collaborated creatively with your dad.

ST: The majority of my contribution was just the drumming. I would say that for this project, I contributed very little other than that. My dad might say something other than that—maybe he would say that my brother and I helped him a lot more, in other ways, but I think the drumming was the main thing I gave to the project. I don’t know, occasionally my dad would ask me to provide input on a song, when it was in a little bit of an earlier stage, but for most of Sukierae, he presented the songs to me, and then I played drums on them.

The Indy: There’s this trope of parent-child musical collaboration that I’ve seen with bands like Van Halen (in their reunion tour, Eddie Van Halen’s son replaced their longtime bassist), with the kid inheriting a spot in the band in the same way you might inherit your dad’s used car business or something. Can you position Tweedy within a larger lineage of family bands?

ST: [Laughing] Well, I think it’s really sweet. I was actually in a record store in Athens, Georgia the other day, with the rest of the Tweedy live band, and everybody made fun of me because the one record I bought was Bill Monroe and James Monroe’s Father & Son. I was just interested in seeing how another group had a take on that—plus, Bill and James Monroe are awesome. But I don’t think too hard about our place on the continuum of music history. But I’m excited about what’s happening, and I like it, and I think it’s a cool thing.

The Indy: How do you think Sukierae stacks up among Wilco’s discography?

ST: I probably have a pretty biased opinion, but I think it stacks up incredibly well. I think Sukierae is an astonishing accomplishment on my dad’s part. The songwriting is great; the recording is great. I think it’s a really special record right off the bat, and I hope that people agree with that. It seems like, so far, people are seeming to agree, but there will inevitably be people who say that Jeff Tweedy hasn’t written a good song since Yankee Hotel Foxtrot.

ST: I don’t have one; I’m not inclined to choose a favorite. But I will say that the ones that came out when I was a really little kid, so from 1995 to like, 2001, hold a special place in my heart because I listened to them every day as a really small child. And I think that whatever you consume as a really small kid is bound to touch you in a different way than stuff you listen to today. Those are really special for me.

The Indy: Have you ever gone back and watched that documentary, I Am Trying to Break Your Heart, about Yankee Hotel Foxtrot?

The Indy: At Brown especially, I’ve been really fascinated by the strange respect that’s often given to people with important or well-known parents or siblings or whatever. Was that a weird space to occupy growing up? Did you ever hang out with, like, Stephen Malkmus as a kid?

ST: Yeah—my family has maintained a lot of normalcy throughout the years. I see it as, we’re a normal family, we don’t live ostentatiously, but we—my brother and I—we have had many opportunities afforded to us because of my dad’s career that have been really, really nice. And we’ve been able to live comfortably and have nice things because of the success of Wilco. But at the same time, we try to keep it pretty low-key. I wasn’t homeschooled or taken away from my friends; I felt very much a part of the city of Chicago. So I think for the most part it stayed pretty normal, but then once in a while there are the crazy, unique things that our family gets to do, like hang out with Stephen Malkmus. And those are pretty cool moments.

The Indy: Did you ever feel any desire to rebel or whatever as a teenager? What do you even do when you have the quintessential cool dad?

ST: Yeah, you know, that’s exactly the problem—I couldn’t rebel because there’s nothing to rebel against. My parents are 100 percent respectful and supportive of me and who I am. And I think it’s punk to get along with your fucking parents.