Queer sights, sounds, and spaces in the Creative Capital 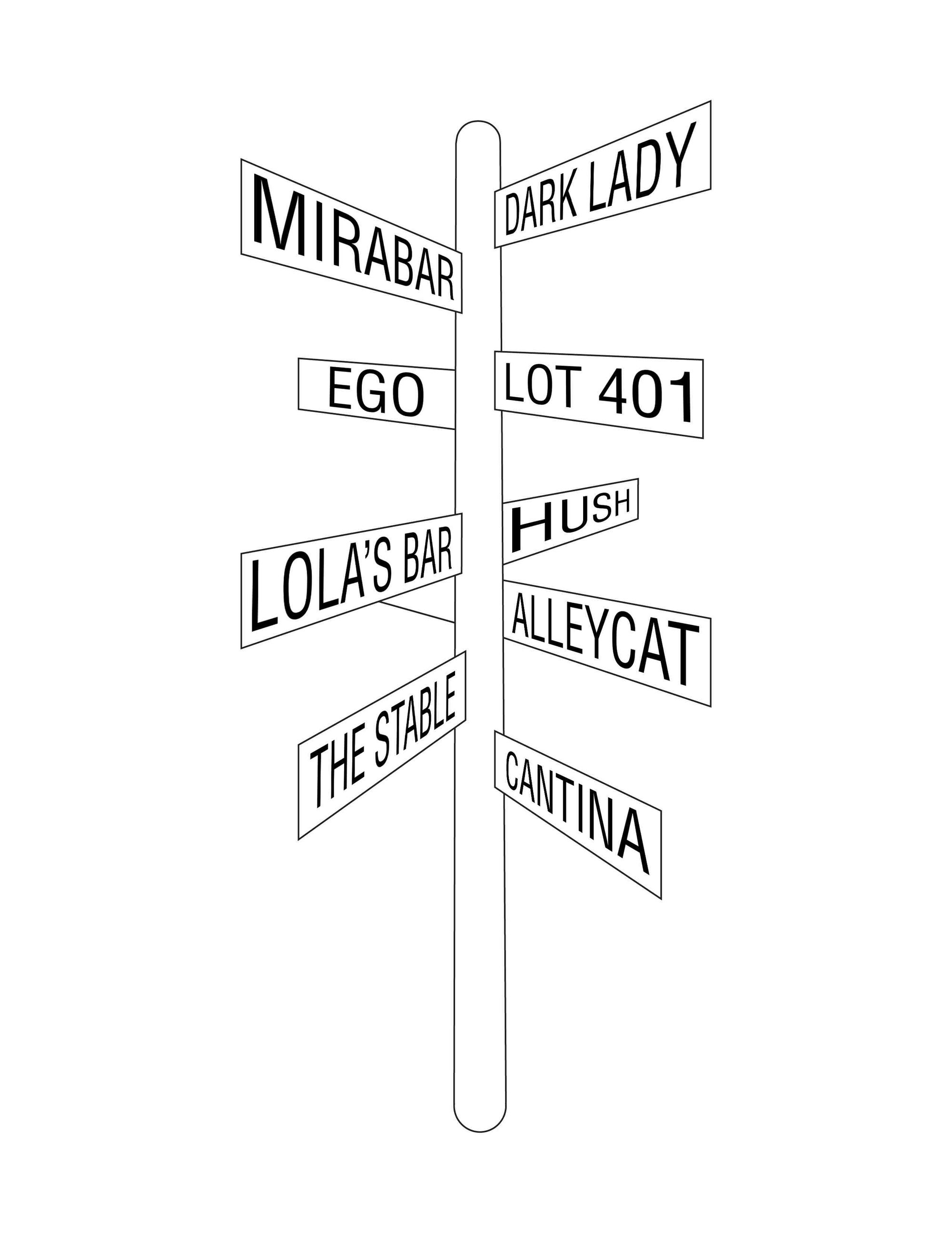 On the morning of August 1, 2013, dozens of same-sex couples said “I do” across the state of Rhode Island. Since becoming the tenth state to legalize same-sex marriage, RI has been inducted into a cadre of progressive and “tolerant” states in a nation in which the fundamental right to openly love and be loved is still contested. In the past decade, Rhode Islanders have elected several openly gay politicians, including incumbent 1st District Representative and former Providence Mayor David Cicilline. Openly gay former Providence mayoral candidate Brett Smiley made headlines this summer after releasing a campaign advertisement that featured an adorable reenactment of his clever proposal to his husband via PowerPoint presentation. Despite being the last state in New England to repeal anti-sodomy laws in 1998, and the last state in New England to legalize same-sex marriage, Rhode Island has been portrayed as a symbol of acceptance in the past year.

According to Census Bureau data, the Ocean State had an overall Gay Index rating of 175 in 2000. The Gay Index is a metric that compares the proportion of self-reporting same-sex couples among the total number of households in a given metropolitan area to that of the US average. Despite the inherent problem of reducing identities to data, the Gay Index results support recent portrayals of Rhode Island; the number of respondents in Providence who reported being in a same-sex relationship was 75 percent higher than the national average. Separate indices for queer males and queer females were recorded at 190 and 159—90 percent and 59 percent higher than national averages, respectively. Today Rhode Island is home to the 14th most same-sex couples in the country: nine per 1,000 households. Providence itself has the highest LGBTQ concentration of any city in Rhode Island and one of the highest percentages of same-sex couples among comparably sized cities.

Amin Ghaziani, professor of sociology at the University of British Columbia, examines the social history of gay enclaves in his new book, There Goes the Gayborhood? Ghaziani describes a gradual transformation occurring on multiple registers: as queer populations move out of historically gay areas in major American cities, heterosexual populations move into these neighborhoods. He attributes the LGBTQ community’s recent residential and commercial dispersion to be the result of this demographic change as gayness and gay culture have become more present in the mainstream.

Providence, despite its statistically significant gay population, lacks a cluster of streets or venues that formally signify the entrance into a designated safe and queer space. This exemplifies the so-called “post-gay” metropolitan trends of the past ten years. “Post-gayness,” a term coined by British author Paul Burston in 1994, refers to the dispersion of queer bodies and culture despite the continued cultural dominance of heterosexuality with respect to institutional recognition, popular culture, and prevailing societal norms and assumptions.

Walking through Providence, you won’t see pride flags plastered outside of all businesses on any one stretch of pavement or even a significant cadre of same-sex couples walking hand-in-hand down any one specific avenue. While some areas of the city are known for having a visible LGBTQ presence, like College Hill and Fox Point, there is no one specific gayborhood in Providence akin to that of San Francisco’s Castro or New York’s Greenwich Village.

Establishments and sub-communities in Providence—recently ranked 12th on The Advocate’s list of America’s gayest cities—that cater specifically to the interest of queer community building exist in dispersed networks that traverse residential boundaries from the East Side to Federal Hill. Many places throughout Providence continue to provide spaces where queer crowds congregate and cultivate community. The DownCity area has the heaviest concentration of LGTBQ-specific venues, predominantly clubs, including popular spots like the 66-year-old MiraBar, EGO, Dark Lady, and its sister bar Alleycat—which this past April hosted a fundraiser for Brett Smiley. Lola’s Bar and Cantina, open for less than two years, has become a magnet for queer and lesbian locals. The cantina hosts a weekly queer womyn’s bash, or “kiki,” every Sunday, as well as several other parties, concerts, and even the occasional fashion show. Sofrito Fridays at Lot 401 are monthly dance parties that welcome a predominantly gay Latino population as well as a sizeable segment of RI’s lesbian Latina community. QuEER Book CLuB meets on the third Sunday of every month at the quaint and independent bookstore Books on Square. The scattered placement of these spots suggests greater access to and visibility of queer communities and culture.

In recent years, however, several LGBTQ establishments have closed their doors. Well-known party production group and Providence’s longest running weekly lesbian night Girl Spot, which attracted a large queer Latina crowd, and one
of the only exclusively women’s bars in town, Deville’s Cafe, have both closed in the past two years. Deville’s is reportedly relocating from its South Water Street property, though its next location is unknown. Luna’s Lady Night, a seasonal weekly concert series (with an occasional pre-show round of speed dating) that showcases queer female artists at the Roots Art and Cultural Center, is also currently on hiatus.

Contextualized in Ghaziani’s observations—old gayborhoods are decentralizing in large cities as new gayborhoods are cropping up across mid-sized cities—Providence is an anomaly with its dispersed network of LGBTQ spots, sights, and sounds. Peruse the Providence section of any gay city website or LGBTQ travel guide and many of the restaurants, arts and culture events, and nightlife suggestions are spaces that attract a mix of orientations, not only those targeting exclusively queer populations. Providence is decentralizing LGBTQ-friendly spaces like many larger cities.

These trends can be seen as urban manifestations of larger issues concerning the changing definitions of where mainstream culture and gay culture overlap. Residential inclusion and acceptance of queer communities and spaces is positive; but does forgetting the importance of constructed safe spaces and insular community building in favor of tolerance risk complacency and inattention in pressing gay rights issues? Are we at a crossroads in a journey towards a “post-gay” Providence?

A post-gay Providence, in the same vein as a post-racial or colorblind Providence, will likely never exist. Historically gay areas are as fluid and transmutable as other neighborhoods and the cities that encompass them. This fluidity of composition should not be taken as a signifier of a distant world where queerness—and by extension queer political struggles—will become indistinguishable because of prevailing “tolerance.” Hate crimes targeting queer people still occur throughout Providence (nine were reported last year); derogatory comments are still hurled from speeding car windows at queer couples late at night; dozens of LGBTQ youths find themselves homeless every day. As gayborhoods come, go, and change, the importance of exclusively queer neighborhoods in the preservation of queer histories, the development of queer identities and communities, and the present-day gay rights and marriage equality campaigns is undeniable and should not be forgotten in public memory. Queer social spheres in Providence, as diffuse as they are, have carved out spots to exist within and without spatial limitations, forming lasting identities and a strong sense of community.