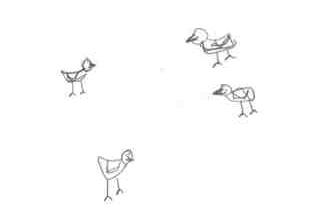 KILLING IN THE NAME OF

To a culture accustomed to choosing its favorite restaurants by their Yelp reviews—crowd-sourced, grade-inflated, irredeemably unsophisticated and proletariat—the critical weight carried by France’s Michelin Guide might seem excessive. But a three-star Michelin rating can propel a chef to international notoriety and importance; a restaurant earning the Guide’s most prestigious rating is deemed, officially, as one with “an exceptional cuisine, worth a special journey.” That may be the case, but this week, French authorities are trying to determine whether exceptional cuisine merits the temporary dismissal of a long-standing European Union directive.

A member of the bunting family, the ortolan is a fistsized songbird that has traditionally been served as a delicacy in gourmet French cuisine, even chosen as the last meal of late French President François Mitterrand. Because ortolans were considered a threatened species in France during the nineties, the hunting and sale of the bird, along with several other species of bunting and finch, were banned by the EU in 1999. But the notoriously epicurean French government, perhaps fearing a gastronomic revolution, failed to properly enforce the ban until 2007—during which time an estimated 400,000 ortolans had been illegally killed, sold, and fed to wealthy Parisian foodies.

This week, however, a group of three-star-rated French chefs have requested permission to preserve a long-held culinary tradition by serving the bourgeois bunting on one weekend every year.

Especially popular in southwestern France, ortolans are traditionally held captive in a dark box and force-fed millet until fat, then drowned in Armagnac. (Incidentally, this is almost exactly how President Mitterrand died shortly after eating his last ortolan.) The ortolan is then roasted and eaten whole, usually by diners wearing napkins draped over their heads—the purpose of which, according to the daily newspaper Le Parisien, is to conceal either the embarrassing sight of spitting out bird bones from onlookers or the shame of chowing down on an endangered songbird under God.

For years, this gourmet indulgence has been forced underground, where velvet smoking jackets and leather cuffs tend to get irreparably dirty and where ortolans can sell for up to €200 a pop. So at the very least, France’s three-star elite are asking nicely. –LB

Boredom has been threatening to ruin baseball for decades. The nation’s attention span has never been shorter and its pastime never more painful to sit through. Baltimore Orioles first-baseman Chris Davis, confronted with the tedious task of playing baseball 162 times in 180 days, found a way to dial in. Last Friday, the MLB suspended the O’s slugger—nicknamed “Crush” by fans and teammates—for using Adderall without a therapeutic use exemption. But nobody said that performance-enhancing drugs can’t help out in a tough spot.

On Tuesday, four days into his suspension, Davis was driving along I-295 towards BWI airport when he witnessed a car wreck. Eyes darting across the road, he jumped into action. Quick and alert, he flagged down other motorists and organized the effort to free a citizen trapped underneath an overturned pickup truck.

Another amateur first responder, Mike Soukup, wrote in an email to an Orioles beat reporter that he was initially unsure his fellow do-gooder was Davis because he “had no Orioles gear on,” but recognized his black and orange shoes. Soukup continued by encouraging the disgraced slugger. “I think they screwed you over bigtime,” he said to Davis at the scene of the accident, “and I support you 100 percent.”

While the Orioles have clinched the American League East, Davis isn’t allowed to be with the team during his 25-game suspension. Unable to crush baseballs, he is looking forward to writing term papers for college students. –SB & TR 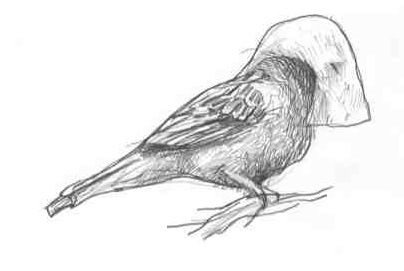 James L. “Jim” Dolan is president and CEO of Cablevision, a telecommunications empire that spans most of New York, New Jersey, and Connecticut. He also owns the New York Knicks, the New York Rangers, and “The World’s Most Famous Arena,” Madison Square Garden. Sources estimate his net worth at $1.5 billion.

One of Dolan’s favorite bands is The Eagles, which he booked to play at Madison Square Garden arena this past Saturday. For their opening act, Dolan chose a little-known blues group called J.D. & the Straight Shot, whose headlining initials stand for none other than—you guessed it—Jim Dolan.

A lifelong music lover, Dolan culled together the Straight Shot back in 2000 to provide him with some entertainment while he wasn’t busy running a massive entertainment consortium. No word as to whether the name was meant to serve as subtle encouragement for his sports teams.

“Since I first picked up a guitar at 16, I wanted to create something that touched people,” Dolan says. Apparently the touching feeling of disappointment brought about by Dolan’s Knicks wasn’t doing the trick.

Since then, J.D. & the Straight Shot have released six albums containing what their Facebook page calls “a fusion of down ‘n’ dirty blues with classic rock swagger.” If you’re lucky enough to listen to J.D. croon, be sure to pay attention to his lyrics. On “Governor’s Blues,” Dolan lobs insults at Chris Christie and Bill de Blasio and complains about New York City’s taxes. On “Under that Hood,” a twangy blues number, he sings of Trayvon Martin: “On a hot Florida night comes an ugly sound / Shots are fired, I’m gonna hold my ground.”

“I’m an artist, and an artist doesn’t worry about being politically correct,” Dolan recently told The New York Times. Critics of J.D. & the Straight Shot, which is composed of veteran studio musicians and Dolan’s son, Aiden, have not been kind. The New York Post called Dolan “a singer with limited range, an awkward way with melodies, and a tenuous hold on key,” while the Times called his vocals “karaoke-grade.”

But the advantage of being a billionaire is that you don’t have to listen to your critics. Instead, you just take captive an arena full of unsuspecting people who paid $150 to see The Eagles and make them listen to you sing about how high your taxes are.

It is, after all, Dolan’s garden—we’re just sitting in it. –KG