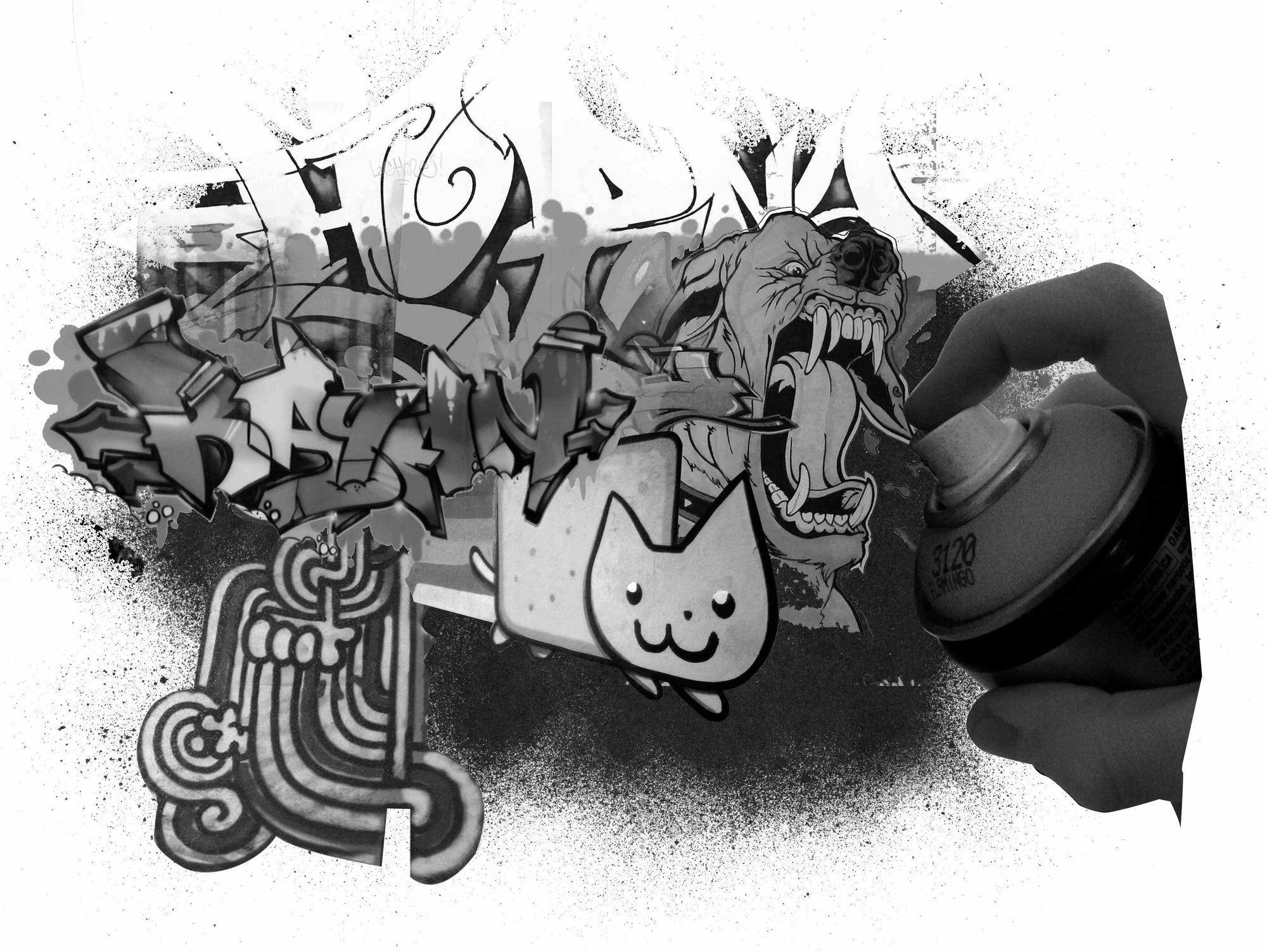 Picture Atwells Avenue. A few minutes shy of 5 AM. The surveillance camera shows a young man sporting a baseball cap and cutoff jeans, a skateboard tucked under one arm, casually tagging a wall. As he turns to leave, the camera catches this would-be hooligan’s mug in perfect detail. If he’s caught by the Providence Police Department, and this is the third time he’s been nabbed for graffiti, he’ll be charged with a felony offense, brought to court. If, however, the prosecutors link his tag to a Rhode Island street gang—Members of Pine, maybe, or the Hanover Boyz—this kid suddenly faces 12 years in state prison.

This past July, Governor Lincoln Chafee signed into law what is known as “Criminal Street Gang Enhancement” legislation, which allows prosecutors to add up to 10 years to the prison sentence of “any person who is convicted of any felony that is knowingly committed for the benefit, at the direction of, or in association with any ‘criminal street gang,’” according to the bill. “If you think being in a gang makes you special,” said Senator Paul Jabour in a press release last March, “it will when it comes time for sentencing.”

The law is the next move in a series of ongoing crackdowns on gangs and gang-related activities by Rhode Island’s state authorities. Last October, Providence was one of 16 districts in the nation to receive $150,000 in federal funding from Project Safe Neighborhoods to reduce gang violence. By that December, city, state, and federal authorities completed Operation Gas, a two-year campaign in which they arrested 36 alleged Providencebased members of the Salvadoran gang MS-13 and confiscated 50 pounds of heroin.

Reliable genealogies of Providence gangs are hard to come by; gangs do not publicize their own origins, so most of the information available comes from police intelligence or sketchy and biased Internet guesswork. According to the Providence Journal, though, street gangs first started cropping up in the ’90s, as the Mafia’s influence ebbed. At the same time, a generation of children whose Cambodian and Laotian parents had settled in Providence as refugees from Pol Pot’s reign and the Laotian Civil War were coming of age. Early gangs, such as the Bad Junior Boys, were made up largely of these second-generation teens. Stefano Bloch, a criminologist and professor of Urban Studies at Brown University, explains this phenomenon: “One of the reasons immigrants [might] engage in criminal activity is that they are locked out of the mainstream networks that provide jobs and opportunities because of racism, ethnocentrism, nationalism,” he says. “So people engage in these underground, black market, subversive networks as a means of survival.” Soon, the Bad Junior Boys splintered, and the Providence Street Boys, the Oriental Rascals, and Laos Pride joined the scene. National gangs were laying roots too; the Chicago-based gang the Latin Kings moved in to Providence about two decades ago.

These days, the Providence Police Department estimates that there are 36 gangs and 1,800 gang members or associates of gangs in Providence. Of these gangs, about 10 to 12 are currently active, including Young Bloods, Lockwood, C-Block, M.O.P., Hanover Boyz, Laos Pride, Trinitarios, Young Gunnas, and Throw Back For Days. The situation is volatile; as of July, Providence had seen 10 homicides in 2014, three of which police consider “gang-related.”

It’s unclear how often “Gang Sentence Enhancements” will be used in court. Amy Aempe, a Public Information Officer in Attorney General Peter Kilmartin’s office, stated that the legislation is intended only for individuals whose “loyalty to a criminal street gang and whose disregard for public safety has resulted in death or serious injury.” Aempe believes that established precedent will keep the law from being misused. “This language has been widely and consistently utilized,” she told the Independent. According to the Attorney General’s office, laws are only dangerous if they’re the first of their kind—if there is too much space to manipulate phrasings and twist intention. If things have worked out elsewhere, in other states, why should Rhode Island be any different?

But Teny Gross, the director of Rhode Island’s Institute for the Study and Practice of Nonviolence (ISPN), points to Rhode Island’s system of family court waivers as a damning precedent. “When the law to waive young people from the juvenile system into the adult system was enacted, it was intended initially for crimes like homicide. And now you get waived into adult courts for maybe shooting at a house or something.” Gross says he has an acquaintance who has already been charged under the new law, though the man has not been involved with gangs for eight years. “It’s a slippery slope once the floodgates are open.”

And Aempe’s insistence that gang sentence enhancements will be applied only to violent felonies is not explicitly stated in the language of the law. “If it’s about violent felonies, it should simply be specified,” says Bloch. “The reason they don’t say it is because they still want to put the fear of this legislation into the minds of those committing felonies that are non-violent. They know what they’re doing.” Civil rights groups have also argued that even if the legislation is rarely invoked in court, it could be used to coerce defendants into pleading guilty to lesser charges. Bloch points to himself: “I was actually charged with felony vandalism in the ’90s. And I pleaded down to a misdemeanor. If I thought I was facing 10 years, that...changes the whole outlook of a court case. If I had been facing 10 years, I would’ve pled to anything.”

The criticisms don’t end with courtroom coercion. In June, Gross and the ISPN, along with the American Civil Liberties Union of Rhode Island, and 20 other organizations, sent a letter to Governor Chafee, urging him to veto the bill. “We believe the bill will be unfairly used to target the minority community in particular for increased imprisonment,” the letter reads. The legal definition of a “criminal street gang” in Rhode Island is far too broad, the groups argue, and “makes no differentiation between a ‘gang’ that engages in occasional random acts of vandalism and one that has been involved in murders and other serious felonies.” Gross and his allies also believe that the law might even encourage higher-up gang members to push vulnerable youth into committing felonies on their behalf. Fred Ordonez, the director of Direct Action for Rights and Equality (DARE), says that under the state’s legal definition, prosecutors could call Brown University fraternities “gangs;” they are groups of three or more people, they have identifiable names and common identifiable symbols, and they engage in illicit and illegal activities. “But no way in hell will the police come raiding those frat houses,” says Ordonez.

The Rhode Island legislature is not breaking new ground with this legislation; the whole country is on high alert. The list of states with similar laws is extensive—at least 24 besides Rhode Island—and there is also a federal statute with comparable aims, albeit with a more stringent definition of “street gangs” (according to federal law, a gang must have more than five members instead of just three, be involved in interstate or international commerce, and commit drug-related or violent felonies). Though the costs of such legislation may prove steep, the supporters of these anti-gang laws say they are willing to pay the price. Aempe rebuts Gross’s claim of inordinate costs to taxpayers bluntly: “and what’s the cost of a human life?” Gross’s images of “vulnerable, at-risk youth” don’t ring true to her either—she points to Luis ‘Fatboy’ Gonzalez, a member of the Harriet Street gang, who was controversially acquitted in June from charges of shooting of an 12-year-old girl at a graduation party last year. “These are not innocent people,” she says. “We have an obligation to prosecute people who commit crimes.”

But dissenters with a more radical bent aim to dismantle this notion entirely, arguing that more severe prosecution is not the way to deter crime. Most people are not thinking rationally about consequences when they commit crimes, argues Bloch. And if they are thinking rationally, he adds, then they are most likely committing a crime in the name of their own survival, in which case legislation will do nothing stop them. Ordonez makes the same point. “The whole idea of legislation as a deterrent is upside down,” he says. “It’s a farce. Policing and criminalization happen after the fact of crime, and will do nothing to stop crime.”

“All you’re going to accomplish with draconian legislation and criminalization,” Bloch says, “is taking more members of urban communities and placing them into prison communities.”

This population shift is expensive—for every year an individual is imprisoned, Gross points out, it costs the state around $50,000 on average. “Every additional year in sentence given for a ‘gang member,’” Gross told the American Civil Liberties Union of Rhode Island, “could pay for five returning inmates’ employment engagements for a full year after they pay their debt to society and the ranks of the rest of us taxpayers.” California’s implementation of its street gang sentence enhancement act (STEP) supports Gross’ estimations. Over the past two decades, the City of Los Angeles has spent over one billion dollars on costs associated with increased sentences for gang members. Rhode Island is currently about 12 billion dollars in debt. “Everything is under cuts at the moment,” says Gross. “This just added potentially millions of dollars worth of taxes.”

Ten years will stretch out in front of many accused felons in the months and years to come. 10 years can distort the world, skew reality, slide things out of focus. It’s a long time to lock someone up for the circles they move in and the company they keep. In a press release in July, Attorney General Kilmartin put it simply: “Gang violence will not be tolerated.”

For others, it’s not so simple. “My office is on Lockwood, by Hayward,” says Ordonez of DARE’s South Providence location. “I look out the window, and I see a sea of people with nothing. ‘Gang member’—we don’t label people like that. That’s a police term. These are kids, and they grow up in these neighborhoods, and they say OK, those guys shot our friend, and they’re mad, and they go do something.” To Ordonez and Gross and Bloch, it’s clear that we’re letting too much fall on the shoulders of these kids.

Not everyone is on the same page, though. At a peaceful rally following the Chad Brown drive-by shooting this summer, Dewayne Hackney, of the organization Urban Men Against Murder (UMAM) framed the situation differently: “We really can’t complain about city officials, national officials, the mayor,” he said. “We’re really not carrying our weight. It’s on us.” Ordonez agrees that neighborhoods should take some responsibility for violence that occurs there, but argues violence will not be abetted without government resources. “Mediation—you can mediate one conflict, but then a thousand other beefs are going to rise up...I think [Gross and the ISPN’s] nonviolence training is a good idea, but ineffective.” The root causes run deep and require systematic changes. On the phone, his voice even and controlled, Ordonez sounds discouraged but undeterred by the recent legislation. For him, there’s only one way to move forward: “we’re going to get louder and louder with our demands.”