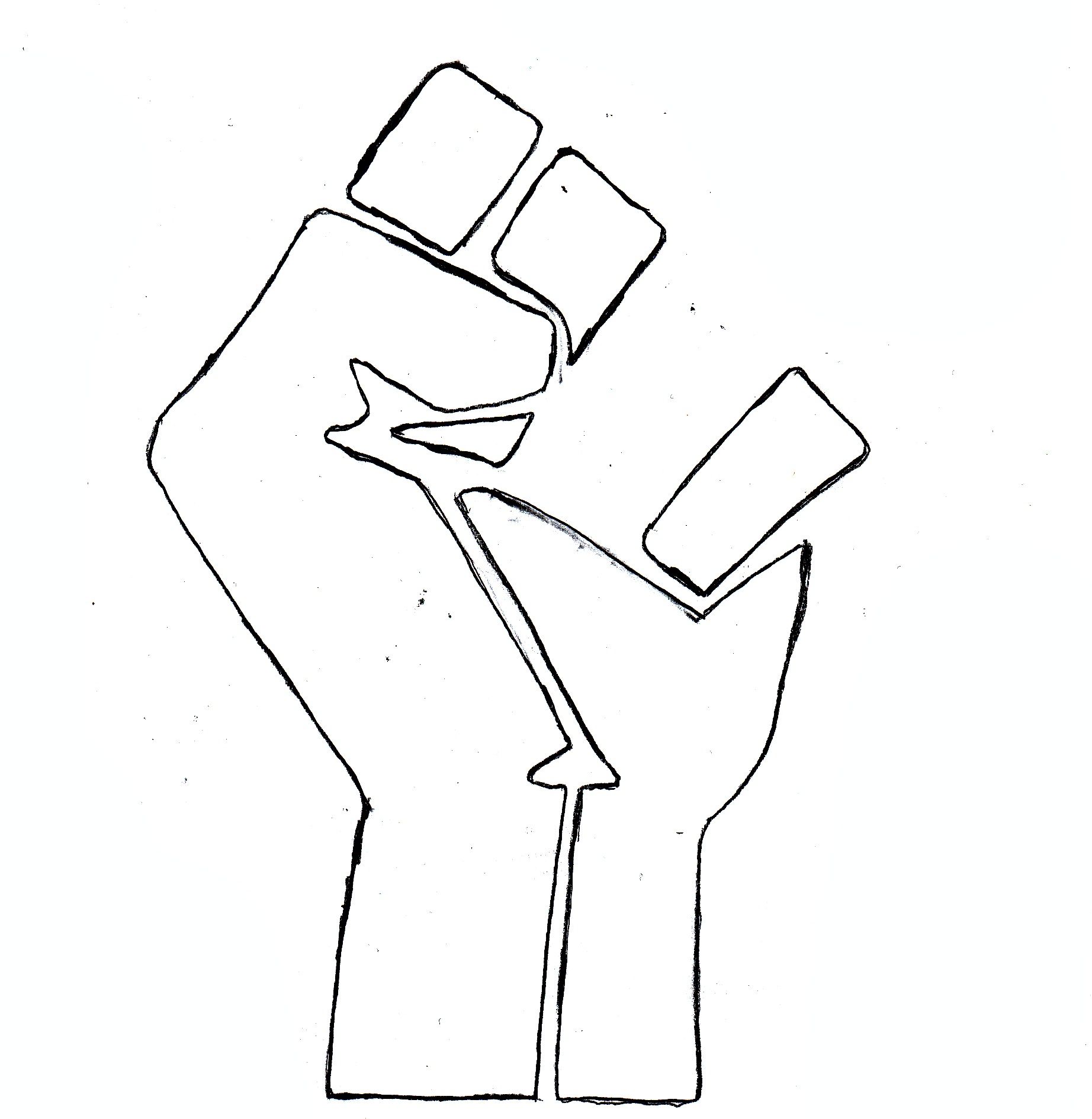 It’s hard to foment revolution when you’re getting overthrown by your own comrades. Over the past few months, Providence’s revolutionary socialists have faced multiple charges of insubordination from their own organization. On February 17, the International Socialist Organization (ISO) expelled the Renewal Faction, a group formed last November to challenge a perceived lack of democracy, transparency, and effective strategy within the ISO. The Faction includes many members of the ISO’s Providence branch, a member of the Brown University campus branch, and a few members from Cambridge and other cities. With more than 80 branches in states throughout the country, the ISO is one of the largest US-based organizations with a mission to “participate in struggles for justice and liberation” in the present with the ultimate goal of bringing about a worker-led socialist revolution. The organization’s recent split brings to light complex questions facing members of the radical left concerning how to move a nation beset with class inequality toward a revolution.

The Faction leveled charges against nearly every aspect of recent ISO policy. The conflict began when Shaun J (last name withheld for privacy), a member of a Boston Branch and a persistent critic of the ISO, argued with other members and ultimately resigned from the organization. The ISO Steering Committee later denied Shaun J reentry, and so members of the Cambridge and Providence branches petitioned for his return. When the national group refused, the Providence and Cambridge members began developing a deeper critique of the ISO and declared their intention to form a faction in the ISO’s internal bulletin and on their own website.

The Renewal faction went on to argue that the ISO implemented a top-down approach that caused members to become disconnected from local struggles. The Faction further claimed that the ISO’s leadership was unrealistically optimistic about the potential for a mass radicalization of society. The 2008 recession caused the ISO’s leadership to “profoundly exaggerate the political break with neoliberalism and predict an immediate rise in class struggle,” the Faction wrote in its founding documents. Finally, the Faction targeted the ISO leadership itself—in particular, raising questions about its ossification. Providence Faction member Brian Chidester said many ISO members have served on the Steering Committee for over 20 years and become “stuck in a certain kind of mold.” Even the size of the organization was a subject of controversy: members of the Faction said they’d been led to believe there were more than 1,000 members, but later heard there were only about 400 members paying dues.

In the weeks leading up to the February Convention, the Faction continued to raise new questions. When the ISO refused to publish all the Faction’s statements in the organization’s internal bulletin, the Faction released all of its documents, without redactions, on its public website. In one document made public, the Faction condemned the relationship between the ISO and the Center for Economic Research and Social Change (CERSC), the non-profit that publishes the ISO’s literature and organizes a yearly Socialism Conference. The Faction argued that because many members of the ISO Steering Committee also served on the Board of CERSC, the ISO was unduly influenced by the priorities of the non-profit. Another document claimed that the ISO Steering Committee had mishandled a sexual assault case involving one of the organization’s members. “By instinctively disbelieving a woman who brought a sexual assault complaint against a ‘leading’ man; by exhibiting the same instrumentalism that puts survivors beneath the ‘promising futures’ of assailants, the Steering Committee’s actions have reflected the sexist and patriarchal logic of capitalist society,” they wrote.

A few days later, the Steering Committee and National Committee responded to the Faction’s accusations in a post on SocialistWorker.org. “…After a case of sexual assault, the accused was suspended from the ISO, pending an investigation; resigned before the investigation was completed; and was formally expelled to make sure the accused could not rejoin the organization at a future date in a different locality,” the Committees wrote. “The Faction's accusation of a cover-up of sexual assault comes after a litany of attacks on the ISO that long before crossed the line of acceptable political discussion into the malicious use of the sensitive personal information to make baseless charges…”

William Keach, a Brown professor and a member of a Boston branch of the ISO—but not a member of the Faction—said that many of the issues raised by the Faction were already subjects of open debate within the ISO. He said the Steering Committee wanted to renew its ranks but that it was a challenge to find members prepared for leadership positions. He believed some of the Faction’s latest criticisms of the Steering Committee to be unfounded. “The expulsion, I think, had mainly to do with the fact that some members of the Faction had behaved [inappropriately] toward some members of the ISO, and had made public certain information about the ISO that put it in jeopardy,” Keach said.

But Keach added that questions about the ISO’s strategy were important ones to consider. “The left, generally, is very weak,” he said. “I think you have to start by recognizing that. Not only is the United States not in a new period right now; it’s not going to be in the near future.” Revolutionary socialists, he added, are still trying to figure out a way forward from the unexpected lull that followed the Occupy movement.

While the recent split may seem to prove the dysfunction of the left, it could also give Providence’s revolutionary socialists an opportunity to formulate a strategy more befitting their own city and era. Fractures sometimes have the benefit of leading to new ideas—the ISO’s own history suggests as much.

The ISO formed when the International Socialists (IS) expelled a faction of its members in 1977. The faction that became the ISO disputed the IS’s focus on training students to organize the industrial workforce. Once it separated, the ISO adopted “The Downturn Perspective,” the idea that it was the job of revolutionaries to keep socialist theory alive until national conditions approved. Through their strategy of building university chapters and joining a variety of struggles, including battles for women’s rights and against South African apartheid, the ISO gradually became one of the largest organizations of the revolutionary left. Were it not for the ISO’s split from the IS, the ideas of revolutionary socialism may not have continued to thrive in universities throughout the country.

Brown’s campus branch announced its resignation from the ISO on March 8, 2014. On April 17, former members drafted a list of principles to guide their new organization, now called the United Revolutionary Socialists. They debated key questions: What aspects of a future socialist society can we specify in advance, and what aspects should be left up to a proletariat democracy to decide? Should we mention that we are anti-Stalinist? Does it matter that most of our members are white and male?

While in some ways the group may continue to function as they did as an ISO branch, in other ways the group seems influenced by the Faction’s priorities. Brown student and expelled Faction member Ian G said he wanted the group to ramp up its involvement in local union struggles. “I want to be part of a socialist group that people join because they are going to win something out of it.” He said he was also interested in learning from other revolutionary groups with a track record of effective involvement in local issues.

Chidester, a Faction member from the former Providence branch, said that while former Providence members are not yet sure what form their next organization will take, he believes socialists “really [need] to start looking at our surroundings and [make] plans to make ourselves better rooted in the working class.” He added that he hopes to see the “re-founding of a broader socialist collaboration on a non-sectarian basis.”

In Providence, revolutionary socialists of different affiliations are starting conversations about how to collaborate. Ron, a former member of the Revolutionary Communist Party, also hoped to move beyond sectarianism in an effort to renew socialism in Providence. “Who’s out there?” he asked. “What do we have in common?”

ABIGAIL SAVITCH-LEW B’14 awaits the next Occupy. 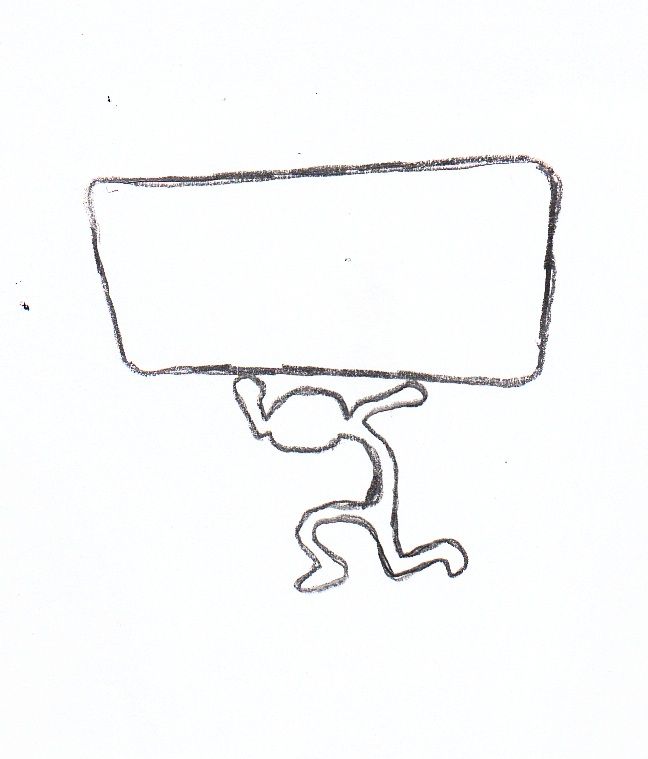