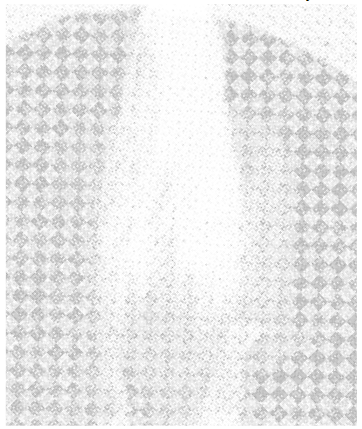 Time passes differently when you’re dead. An investigation into the temporality of death would make a great documentary, but until we can reliably communicate with deceased cameramen, East Asian genre films provide a pretty good place to start.

In the late 1980s, the population of Hong Kong—a territory then imminently to be transferred from British to Chinese control—largely consisted of people who perceived themselves as transitional residents, even if their families had been living there for generations. The effect of this was a culture of perpetual transition and disappearance. The eventual accession of the city to Chinese control, codified in a Sino-British declaration in 1984, sparked a panicked rush to locate and preserve “Hong Kong culture” to protect it from an alien identity imposed by China. But how does one preserve an absent culture?

The emergent nostalgia was not for things long gone, but their absence. This peculiar feeling was immediately and articulately expressed in cinema, one of Hong Kong’s most important cultural products. As Fleur, protagonist of 1988’s Rouge, walks around contemporary Shek Tong Tsui, in the north of the city, with her living human companions, she encounters ghostly remnants of her city’s past. When Fleur looks at a building, she sees instead a fleeting image of what used to lie in its place. As she travels through her old neighborhood, every street is encountered as an expression of vanishing life. Her flickering gaze erases the contemporary and gives the viewer glimpses of the past she’s stuck on.

If the conditions for a culture of disappearance are a history of colonization and subjugation, then a culture of disappearance can also be applicable to women in the context of sexuality. All of the female ghost films are punctuated with environmentally-triggered flashbacks. These ghosts—like the buildings in Fleur’s Shek Tong Tsuei—attempt to defy disappearance by acting out violently, by refusing to be erased. They transgress temporality by ceasing to exist in their designated passivity. Their presence is physically explosive—like an unburied corpse. Hiding reminders of death allows people to continue living according to the arbitrary schedule of empty, homogeneous time. When death lingers, however, this temporality is disturbed and forward-motion is replaced by decay. The time is out of joint.

Point a video camera out your window. Put in a VHS tape. Record a real-time feed of an intersection in Shek Tong Tsui. Watch pedestrians, cars, noise, moving in the present.

Watch as temporality begins to split in two. The delay between the immediate past and the present will grow flexible. You can watch pedestrian traffic unfold in real time via live feed—and then, you can rewind the tape: suddenly, the present is in the past. This temporal anxiety spawned two of the most famous Japanese horror films of the turn of the 21st century, Ringu (1998), which was centered around a lethal home video, and the Ju-On films, whose ghosts used technological disruption to get to their victims.

Each character who enters the haunted house in Ju-On: The Grudge (2002) follows a similar path, “reading” its archives—torn up family photos, paralyzed grandmas, and spectral stalkers—in the same order. In the first sequence, Rika encounters the house as a palimpsest—a document whose original contents, though erased, still show through in traces. As she wanders through this space without discrete time, Rika finds herself drawn upstairs towards—where else?—to the attic (a sight that soon grows eerily familiar to the viewer, as each victim of the house draws closer and closer to the origin of the curse), the vertex of this space of recollection. Interestingly, ghosts are surrounded in a fog of static when captured on VHS. Does their passed presence negate homogeneous time to create this static, or is it composed of sediment-like artifacts, like the ghosts themselves, stirred up by the clash of concurrent yet incompatible times?

The known past, that which is understood and recorded in memory or documentation, is typically thought of as safe, stable, and terminal—in other words, as dead. However, as the static of Ju-On’s ghosts demonstrates, this space of recollection is in fact still active and therefore dangerous, particularly in its failure to be recorded. When Rika watches her building’s guard investigate the haunted bathroom on the security camera, she is horrified and terrified to see him overtaken by a static-swathed creature—not just because the ghost is terrifying, but because while she cannot truly see it, she feels it penetrating its recorded confinement and staring at her. Broadcasted video imposes a specific kind of distance—it presents images to be looked at. When the ghost suddenly turns her head and looks at Rika, she undermines the temporal and spatial realities that constitute Rika’s life.

In the film’s prequel, Ju-On: The Curse, the original resident of the haunted house, Takeo, murders Kayako, his wife, and her son, Toshio, after discovering that Kayako was fixated on Toshio’s elementary school teacher. For Toshio— the spawn of Kayako’s womb—to go on living could have represented the continued life of Kayako as well. Instead, they both become ghosts who ensure that the lives of anyone they encounter continue only as destructive specters of the house.

With each new visitor to the haunted house, the cycle of haunting and killing begins again. This is the temporal pattern of an unbreakable, parasitic curse. Victims become perpetrators. When Rika, who has somehow managed to stay alive throughout the film finally returns to the house, Kayako’s ghost enters her consciousness and establishes her as the new bearer of the curse. Rika, born at the start of the film, has temporal intercourse with Kayako, after which Kayako’s spirit passes and Rika dies as her ghost is born. Boo. 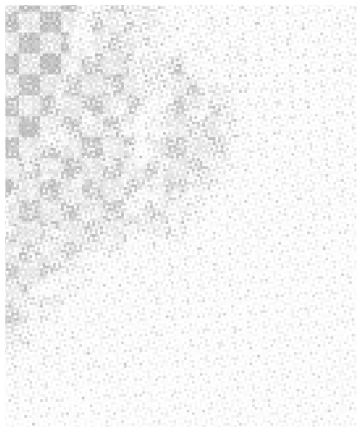 If the haunted house is a space of temporalized recollection, so too is the female body historically a space charged with affect. As a subject rarely given permission to speak, it is unknown, and carries the same threatening and often tragic characteristics of the haunted house. The body is as much a record of trauma as the cursed space.

When the eponymous protagonist of Mee Pok Man (1996) takes the prostitute Bunny into his home, she is barely conscious and can hardly speak. In her absence, Bunny’s brother reads through Bunny’s diaries in reverse-chronological order. Not only does the brother grow closer to Bunny both in her absence and through a record of the past: he navigates this record in a direction contradictory to conventional temporality. Bunny deteriorates in the mee pok man’s stagnant apartment just as she moves backwards in time in her brother’s diary readings. She begins, through this disruption of temporality, to become a ghost. She slowly starts to communicate with the mee pok man, and even reciprocates some of his affections, but his sexual desire for her ultimately proves fatal for Bunny in the most literal way: she mysteriously dies during their first intercourse, cutting their bizarre romance short. Unable to cope with Bunny’s death, the mee pok man grooms her, feeds her, and talks to her corpse as if it were still alive as his house— already haunted by the spirit of his dead father—becomes a space of decaying temporality itself.

At first glance, it seems that the body-space differs from the local-space in its eroticism. Yet this, too, is a point of convergence. The disjointed temporality that makes a house haunted is rooted in a death that refuses to exist solely in the past. It is a death that the living into a subject, even in between its apparitions. This spectral presence renders the haunted house, sight of unspoken horrors, taboo, much like death itself.

Eroticism, on the other hand, is not just motivation for conception of life, but a primal tool for exploring one’s own taboo relationship to death. The sexual transgression of Bunny violates this system of taboos. Therefore, it can only end in violence, mirrored by the transgressive space in which this violation takes place. Through her diaries, Bunny moves towards birth and death at the same time.

At the beginning of Bedevilled (2010), Hae-Won, the film’s Seoul-dwelling protagonist, is forced by her boss to take a vacation after violently snapping at a co-worker. She returns to the small rural island she where grew up to visit a childhood friend, Bok-Nam, whose letters she’d ignored for several years. As Hae-Won learns, Bok-Nam has been living under constant violent sexual and psychological abuse from her husband—and the entire community. Bok-Nam begs Hae-Won to help her and her daughter leave the island, but Hae-Won is unsympathetic. When Bok-Nam’s attempted escape results in her daughter’s death, she brutally murders everyone on the island and chases Hae-Won back to Seoul to complete her revenge.

Bok-Nam’s island is an attractive vacation destination for those like Hae-Won, one that she can take what she needs from then leave; similarly, Bok-Nam is taken advantage of by everyone around her and abandoned in times of her own need. Bok-Nam and the island share physicality, much like the other female ghosts. Their physicality is taken advantage of by others who entrap them and refuse to let them go. Bok-Nam and her island exist in tandem.

The onryo is a Japanese mythological figure of a vengeful, typically female ghost, yet permutations of this model appear in films from many countries across the East Asian region. The onryo gives wronged women, like the murderous ghost of Ju-On, a means to come back even more powerful than men: they can transcend the artificial systems, embedded in temporalities, spatial divisions, and labor roles, that oppressed them. In Rouge, the onryō-like ghost is not explicitly vengeful but returns to the living world to find the lover she expected to die with her (who is effectively rendered a living ghost). In Bedevilled, the vengeful woman is only spiritually dead, having lost most of her life to grueling captivity on a small island. What is a ghost but a spirit, after all? The onryō is so fearsome because she is not an exceptional figure—as the offspring of one who is powerless in life, she could come from any woman. She is terrifying in that she is transformed from passive prey to a supernaturally forceful source of violence. Hell hath no fury like a dead woman scorned.

EEL BURN B’16 is in fact still active and therefore dangerous.