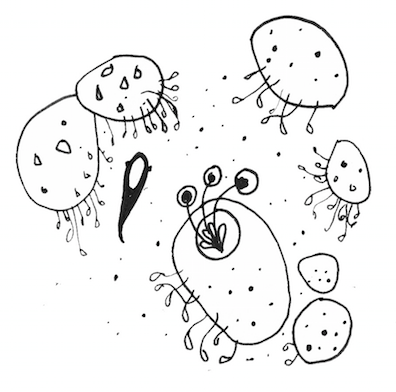 Computerized sounds echo across the room and Chinese characters flash across screens. Faces hang over them, brows furrowed in confusion. This is Art Video Games in China, an exhibit at the Ace Hotel in New York, which closed at the end of March. The exhibit featured video games from independent game designers based out of mainland China. The exhibit, which was designed to resemble a Chinese video game club, marks a shift in Chinese gaming history.

Art Video Games in China was curated by Bryan Ma, a New York-based video game designer. Ma worked for the American video game company 2K Games in Shanghai for six years, where he discovered the Chinese indie gaming community. Upon a first encounter with each game of the neon-lit arcade, the selections seemed uniformly whimsical. But there is more to Art Video Games than this: as representative of China’s indie gaming movement, the games on view at the Ace puncture the trends of mainstream Chinese video games by emphasizing choice and contingency over immersion and goal achievement. A slowly burgeoning Chinese indie video game scene is underway.

The Chinese government censors and controls all video game content. Game consoles were banned in 2000, but the ban was amended in January; gaming consoles are now produced in the Shangai Free Trade Zone, but are still not allowed to be imported. In 2004, the Ministry of Culture created a committee to approve foreign online video games entering the Chinese market. The committee screens the games for apparent threats to national unity, security, and social order. In 2013, American-made BattleField 4, a first-person shooter, was banned for allegedly threatening national security; in 2004, Swedish-made Hearts of Iron was banned for depicting Taiwan, a Chinese-governed province, as under Japanese control.

The mainstream Chinese video game industry is dominated by online gaming companies. NetEase, Giant, and Shanda dominate the domestic gaming market. These companies are enormous: NetEase and Shanda’s yearly revenues are $7.3 and $6.5 billion respectively, and Giant was acquired by an investment company for $3 billion. Typically, these corporations create multiplayer role-playing games in which users guide personalized avatars on fantastic journeys. Players of these games—like NetEase’s Fantasy Westward Journey and Giant’s Zhengtu Online—are meant to attain a perfect level of difficulty and ease, an idealized equilibrium between demand and capability.

In Fantasy Westward Journey, China’s most popular multiplayer game, players encounter magical monsters and evil magicians, traverse flaming mountains, and use virtual currency to buy mystical weapons. Player engagement engenders an addicting quality to the game and substantiates its commercial viability. Taking on the persona of his avatar, the individual is engrossed in a world of violence, riches, and extravagance. The goals are obvious, the state of flow easy.

In Giant’s Zhengtu Online, players raid royal cities, summon creatures from the netherworlds, and combat evil warlord kings. As in Fantasy Westward Journey, these are definite goals, and gamers are confident that rewards will be given for their successes in them. By executing tasks of varying complexity, players of differing levels are always able to find the right balance of challenge and capability, and they are immersed.

But independent companies are budding through the surface. Local Chinese groups, like Coconut Island Studio and GAMEGOU, have started to create stand-alone software as platforms like Microsoft, Android, and iOS enabled them to independently create video games unregulated and uncensored by the Ministry of Culture’s approval committee.

The games in Art Video Games in China do not seek exclusively to entertain. In Yi Wang’s Fish, players guide a goldfish to escape a rock-filled aquatic space from an aerial, disembodied perspective; the critter wiggles through tiny crevices, rebounds off rocks, and brushes against glowing sea anemone in an effort to escape the maze. This game is highly personalized and contingent; it “captures something about being in a space rather than being forced into tropes of normal games,” Ma told the Independent. Being contained, even trapped, prohibits challenge and reward. Moreover, Fish lacks competition and a clear narrative, central aspects of mainstream video games. There is no goal for his endless feats of escape, for the fish exists in the present, and the game is devoid of closure and spatio-temporal continuity.

The Well, by Peng Bi Tao, provides an even more abstract experience; in a monochrome virtual world, the player, an outlined black silhouette wearing a conical hat, travels across a reflective lake on a wooden raft in search of a village. But once the player finds the village, he cannot depart from the raft. There are no obvious hints, yet there are visual motifs indicating the passage of time and changes in the environment—flying birds, rain, a darkening day—that do not impact the outcome of the game even as they mislead the player. The game does not require constant engagement and feedback; rather, it demands meandering around the virtual space to discover its disparate elements—which, in this case, are necessarily futile. This quality of the game frustrates the player, almost serving as a deterrent. The Well negates the state of engagement that mainstream gaming narratives engender. Instead of attaining a balance of challenge and ability, the gamer cannot qualify his ability and is inundated with challenge––an apparently fruitless challenge. As indicated by the inapproachable village, the gamer cannot trust the virtual world, and the virtual world cannot trust him.

Local reception in China poses numerous challenges to indie game designers working to monetize their products within the domestic market. There are numerous barriers to publication, and games are usually downloaded illegally. Mainstream online multiplayer games are downloadable for free and console games can be bought as cheap pirated versions, so there is less incentive to pay substantially more for indie games. As a result of global and local challenges, the indie games lack a substantive identity, rendering them commercially noncompetitive. There is no clear audience for these games that is large enough to create substantial growth for the industry.

As a stand-alone art exhibit, the array of video games at the Ace Hotel poses questions about the future of Chinese indie game development. Can video games serve as art when they must be in dialogue with mass-market demands? Are games even supposed to be enjoyable in the conventional sense of gaming engagement? These questions arise when video games, like those of Art Video Games in China, break the immersive intentions of commercial games.

For now, indie video games in China will still be considered a rarity. Rather than presenting a commercially viable alternative to mainstream video games, these games remain largely critical works. Your experience with indie Chinese games will likely be confined to the dark gallery with floating faces. And don’t worry—the faces are just as puzzled as you are.

ASHWINI NATARAJAN B’16 can be illegally downloaded. 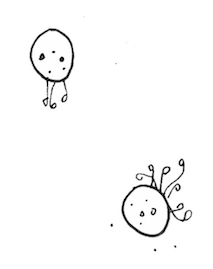