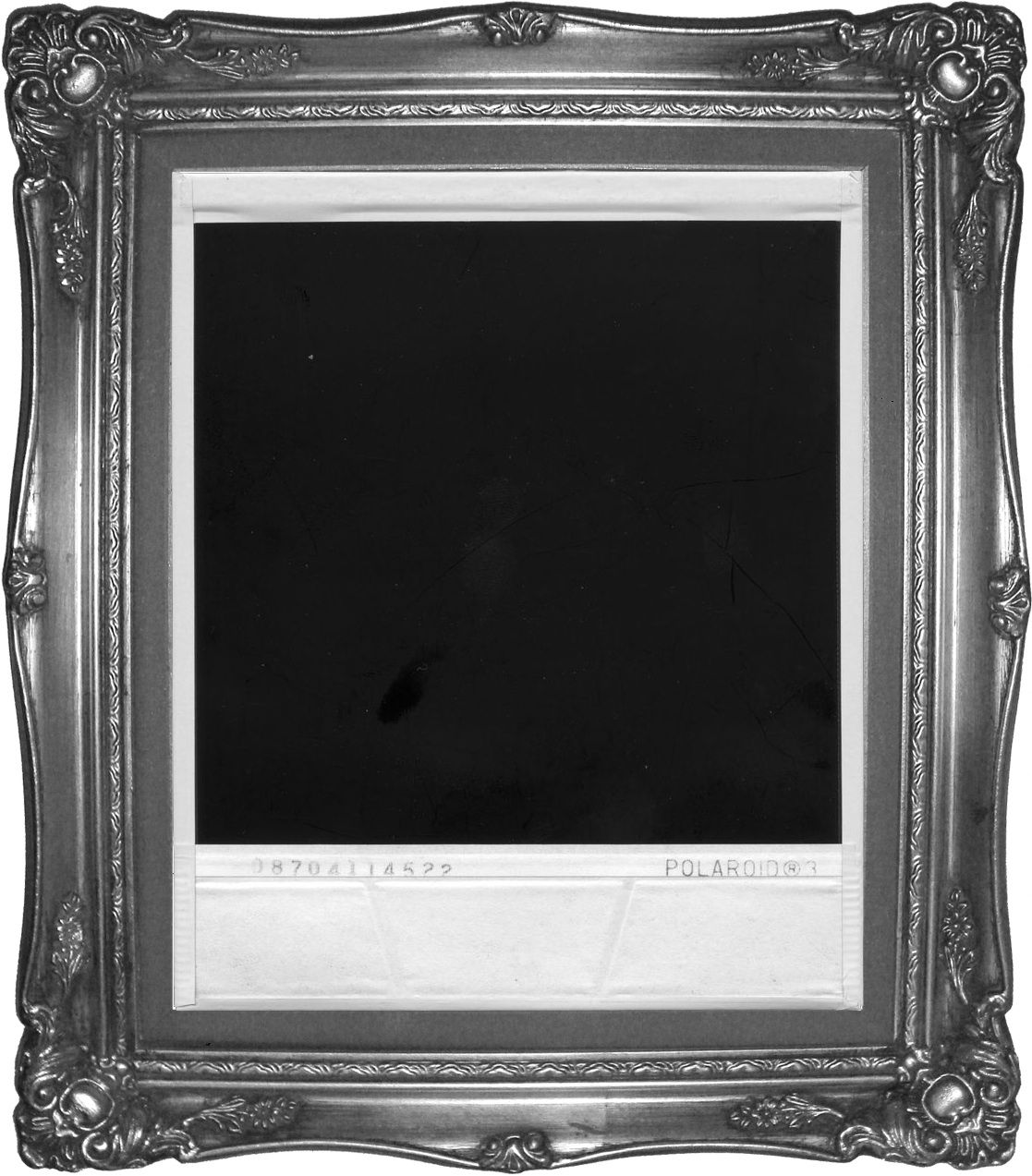 The Rhode Island School of Design Museum’s most recent display of Andy Warhol’s photography is an art exhibition with an identity crisis. Somewhere between art works and artifacts, the selection of 105 color and 52 black-and-white prints in Andy Warhol’s Photography comprise a unique view into Warhol’s relationship to the medium of photography. Whether the alluring images that Warhol produced while living in New York City in the 1970s and ’80s are elucidating historical objects or museum-worthy artistic compositions varies among the different pieces in the exhibition. The Andy Warhol Photographic Legacy Program gifted this modest collection to the RISD Museum as a part of a 2007 donation of over 28,500 images to upwards of 180 educational institutions. An unspoken question pervades the adjacent Buanno Works on Paper (BWP) and Tsiaras Photography Gallery (TPG) rooms in which the work is displayed: what am I looking at?

The black-and-white prints are organized based on their nominal subject matter. Cityscapes such as Union Square and People on the Street comprise a distinct cluster in the BWP. Photos that hone in on architecture, including Building and House (1981), occupy a secluded corner. Images depicting society events have their own exclusive cluster. The largest grouping of 35mm prints is the collection of informal portraits of sitters, whose titles allude to their celebrity status and degree of familiarity with Warhol. Among these we see an informal dinner portrait—Keith Haring, Juan Dubose and Joe Deitrich (ca 1983)—a candid snapshot of two attractive twenty-somethings—Unidentified Man and Woman (ca 1980)—and a grinning man in a leather jacket holding an umbrella—George (ca 1984).

Warhol took the snapshots and spur-of-the-moment portraits in the BWP with the 35mm Minox point-and-shoot camera. The camera’s automated features and compact size allowed him to capture life outside his studio with newfound ease. He began shooting with the Minox in 1976. From banal strolls down a city street to exclusive celebrity-filled events, Warhol seized moments from his reality with a “roll of film a day between 1976 and 1987” according to one wall text. A minute fraction of the roughly 150,000 black-and-white negatives that Warhol produced in this twelve-year span hang in a patchwork of framed gelatin silver prints on the BWP’s white walls.

Though many of the painted works that brought Warhol renown fixate on the cult of celebrity, his 35mm photographs shift his exclusive scene to the context of an unexceptional, pedestrian city. In many ways, the contextual banality only accentuates the allure of the celebrities and exclusive social gatherings he depicts. Herein lies the most interesting aspect of the gelatin silver prints—their content rather than their formal qualities. In taking these snapshots, Warhol “certainly was not interested in creating pictures that exhibited traditional craft or skill,” according to an exhibition wall text. They are compelling in the way that the Rich Kids of Instagram Tumblr is compelling. They capture the allure of high society: an exclusive network that would otherwise be inaccessible to the masses. They offer access to the renowned artist’s urban reality circa 1980—one filled with encounters with the cultural elite, as depicted in the impromptu dinner portraits of William Burroughs and Victor Bockris: four prints sharing a frame depicting the two dressed casually, in animate conversation at a restaurant, sharing a bottle of champagne. And, just as importantly, it offers commonplace episodes of New York City life, like the candid photo of a spectacled woman folding linens in Flea Market.

In contrast to the formally unsophisticated black-and-white photos, an array of Warhol’s earlier color Polaroid prints hangs in the adjacent TPG room. The instant color photos are divided, like the black–and–white prints, by subject matter. In uniformly white picture frames, those prints that portray single sitters cluster in a rough rectangle along one wall. Prints depicting other subject matter, such as close-up shots of nude male bodies and vernacular objects, occupy their own walls respectively.

The collection of Polaroid prints is the product of a markedly different artistic pursuit from the black–and–white work displayed in the BWP. Unlike the casual documentation of life outside the studio, the Polaroids on display represent a formal departure from compulsive documentation of reality. Around 1970, Warhol began using Polaroid’s SX-70 Big Shot camera. His obsession with the camera had to do with the unique way it distorted its image; it lacked the capacity to show a refined gradient of tones. Its reductive quality generalized color and tended to omit slight to moderate shadows. As Warhol put it, the Polaroid got “rid of everybody’s wrinkles.” Coupled with manicured studio lighting, a white background, and heavy make-up (primarily on female sitters), the SX-70 allowed Warhol to render a markedly idealized representation of his sitter. Through the production of dye-diffusion prints he was able to correct the perceived physical imperfections of his sitters and distill a form of beauty that was unattainable in reality.

Beyond any other pieces in the exhibition, the Polaroid portraits demonstrate complex formal qualities—qualities that render their place in an art exhibition self-evident. They are compelling for the way they uniquely manipulate the medium of photography, and set new precedents for the craft.

Even though the Polaroid section achieves the quality of end-product artwork, the dye-diffusion prints also possessed a unique function as platforms for art pieces of Warhol’s other preferred mediums. The color prints lend themselves particularly well to translation into the high-contrast, two-tone silkscreen for which Warhol gained renown. A notable example of their broader creative function in this exhibition is the series of 1971 prints depicting Miguel Berrocal. The Spanish sculptor is portrayed in seven photos, wearing, in each, a fashionable three-piece suit and gold watch. Though the exhibition makes no mention of it, Warhol translated one of the seven photographs into an iconic 40x40 inch half-tone silk-screen in 1982.

Considering the seven Polaroids on display in contrast to his later work silk-screen offers a rare glimpse into Warhol’s creative process. One sees which Polaroid he chose over the other six, how he cropped the original image, replaced its color with a gray scale, and shifted the tilt of the figure’s head slightly while maintaining the position of his cigar-holding hand. While the Polaroid prints on display may hold their own in an art exhibit, the black-and-white prints do not carry the same significance. The only line of continuity between the pieces of the two exhibition rooms is that the black-and-white prints were also used as potential fodder for a variety of Warhol’s artistic pursuits. He used both the types of prints as source images for silkscreens, paintings, and drawings. He included others in his books of photography, such as Andy Warhol’s Exposures (1979) and America (1985).

Despite the opportunity to use the collection for its significance as artifacts of Warhol’s artistic process, the exhibition glosses over how and which pieces he used as intermediary steps in his artistic process. The wall texts briefly and vaguely allude to this function of both the 35mm and the Polaroid prints, but they do not draw connections. The viewer is given no way to distinguish the images that Warhol left alone from those that he manipulated in significant ways. That this work was used for his other artistic pursuits is a “fun fact.” How he manipulated certain images that the exhibition gives us access to (e.g. the Miguel Berrocal Polaroid prints that he later used toward a silkscreen project) opens up the possibility for a novel and important study of Warhol’s artistic career.

The thematic organization of Andy Warhol’s Photography misleads its visitors. Where such a treatment might work for the formally complex Polaroid prints, it risks misconstruing the new black and white photography collection as uniformly something more than creative fodder that didn’t make the cut—whether for use in a photography book, or for use in the process of creating a piece of art in a separate medium. And for those photos that did make the cut, so to speak, there is inadequate documentation of their significance to Warhol’s artistic process. Such a treatment of Warhol’s 35mm photographs is, at best, arbitrary. At worst, it disregards a historical reading of Warhol’s relationship to photography, which yields the most productive understanding of the Museum’s new collection of his work.

ELI PITEGOFF B’15 got rid of everybody’s wrinkles.

Andy Warhol’s Photography is on display at the RISD Museum until June 29.