Buy Me Some Peanuts

the new frontier of cracker jacks 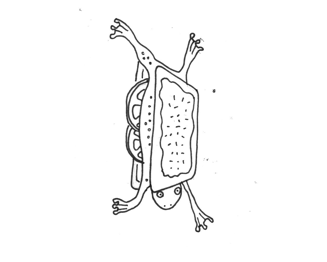 Sitting and cheering for three hours is hard work. But stadium food isn’t just about sustenance—it’s about the identity of the organization and the culture of the region. Gastronomy can be just as much of the fan experience as the game itself. A few snapshots from around the globe:

A TABLE FOR TWO, PLEASE

Everything is local, but nothing is cheap. Barclay’s Center, in Brooklyn, advertises “unique menu items” and “specialties from artisans and entrepreneurs.” Fatty ’Cue, the well-known Williamsburg restaurant, serves Southeast Asian style mac ’n’ cheese and sandwiches. Fresco by Scotto’s offers Italian dishes similar to those in its Midtown restaurant. Brooklyn Bangers and Dogs grills up classic America fare from Saul Bolton, the Michelin-starred chef. But the options are pricey even for arena standards. A full meal at any of the 55 neighborhood vendors runs at least $15, and that’s not including a $10 domestic beer. Cultural authenticity isn’t cheap. And if you want to a sit-down dining experience before sitting down in your seat, the arena has its own 40/40 Club, presented by American Express (whatever that means). Be sure to make a reservation, though. A minimum week in advance is recommended. –ZS 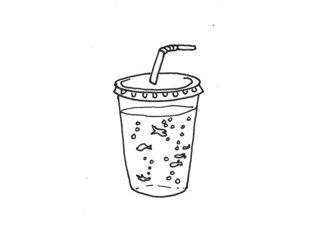 For the fifth consecutive year, the West Michigan Whitecaps—the Class A affiliate of the Detroit Tigers—asked fans to vote on an innovative food item. The winner, chosen from dishes designed by Whitecaps supporters and local vendors, will be added to the menu for the upcoming season. Warning: the ballot ignites lust in the gustatory system.

Some highlights from the ten nominees include the Pop Tart BLT (a self-explanatory culinary feat), the Augger Dogger (a hot dog surrounded by fried potato chips on a stick), the Poor Richard (a beef dog topped with mashed potatoes and gravy), and the mammoth Sleeping Bear Dunes Sundae (sea salt caramel ice cream with teddy graham topping overflowing out of a regulation-size batting helmet). There are no losers in this contest, especially if you’re a visitor of the ballpark. (Actually, maybe there are. But who worries about something as piddling as a diet during a ball game? You should always be preparing for hibernation in the Mitten anyways.)

And it’s low-level baseball; something’s gotta help pass the time, and it might as well be a downright dirty dish. This year’s first-place platter will replace last year’s champ, the Baco, which is exactly what it sounds like: a bacon-shelled taco. It will also join the ranks of the waiver-requiring, ghost pepper-laden “Squealin’ Pig,” toted as the spiciest sandwich in baseball. Someone, somewhere, is keeping a list, with a cold glass of milk nearby. With a salacious menu, America’s pastime, and Michigan’s beautiful Sleeping Bear Dunes a few hours away, I know where I’ll be headed this summer. –NC 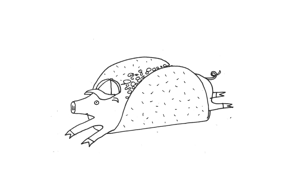 MARY HAD A LITTLE LAMB

At halftime, I watched as some twenty-thousand Scots flowed into the bowels of Easter Road Stadium, the home of Hibernian Football Club, in Edinburgh, Scotland. Most tottered toward the urinals, seeking relief; some, however, made directly for the food vendors in order to purchase Scotch pies—double-crusted meat dishes filled with minced lamb. These meaty treats, about fifteen centimeters (six inches, you Yank) in diameter, have become so popular in Scottish football stadiums that they are often referred to as “football pies.” While I didn’t purchase any that day, I ended up having some anyway: when the visiting team took a late lead, a fan in the row behind me began to shout obscenities at the referees, and I suddenly felt something warm traveling down the back of my neck. Baah, indeed. –KG 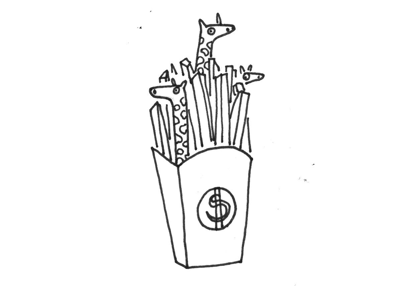 In Los Angeles, the Staples Center has filled its concrete corridors with concessions. In the concourse, fans swarm taverns and stands, carrying pitchers of beer and hot dogs wrapped in soft pretzel dough with wide arms. Droves of men scale stadium stairs, peddling cones of caramel corn and cotton candy. But, above all, Laker fanatics want tacos, and you can hear them chanting their collective plea during the final seconds of the fourth quarter.

If the Lakers win at home and hold their opponents to under 100 points, each fan in attendance receives a coupon for two free tacos from their local Jack in the Box, worth a retail value of 99 cents. The free taco phenomenon has persisted since the 2005–2006 season. After halftime, announcer Lawrence Tanter begins to entice the crowd with the promotion. Statics fade away as Jack in the Box's logo (a cartoon snow-man head with a gold pointed hat) flashes across all screens. The fans unite and erupt, urging players by shouting, “We want tacos!”—a phrase that has replaced other expressions of encouragement like “Defense” or “Let’s go Lakers.” The taco has become a metric of success (sports reporters have called blowouts “taco nights”) and an incentive to keep spectators in their seats. Opponents, aware of the stakes, will even try to squelch the home team fervor, by trying to score taco-spoiling three pointers in the last moments of a game.

Recently, the Lakers' losing streak has led to a taco shortage. Watching the clock run down with their team lagging behind, fans know that they will walk away hungry, with jack shit. –LR