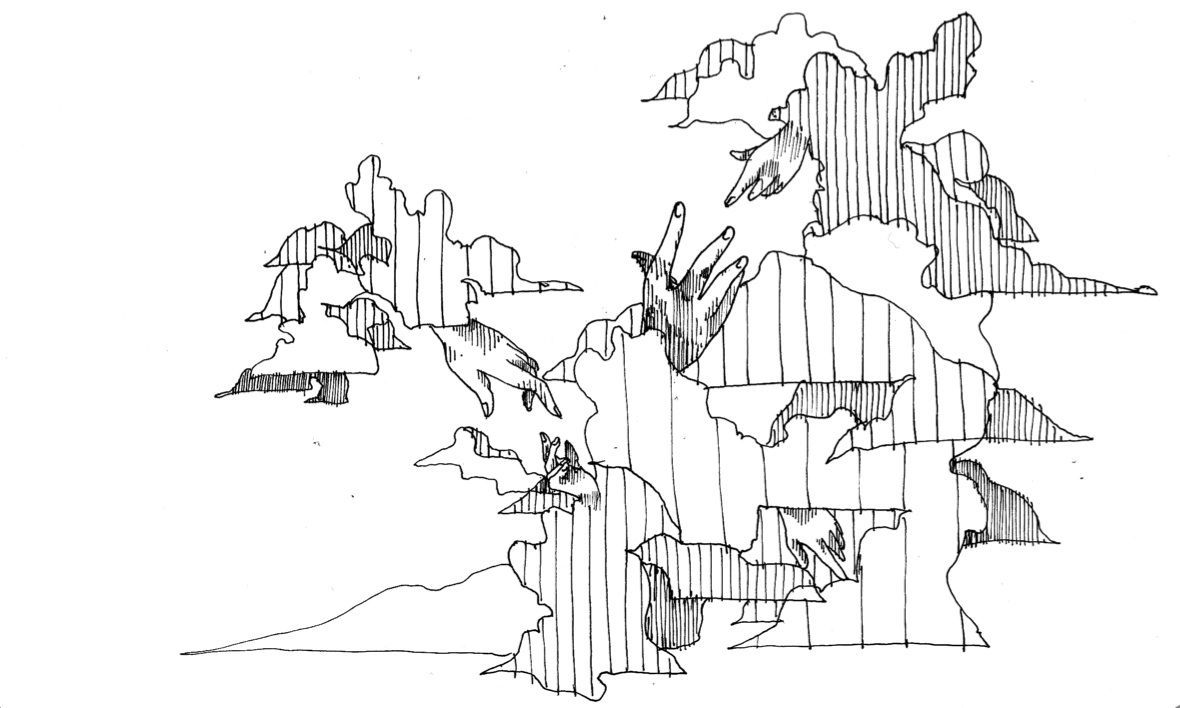 Languorous and melismatic, rising and falling, the resonant, deep voices of men begin Ordo Virtutum (“Play of the Virtues”) with this question. Written in the twelfth century by St. Hildegard of Bingen, abbess, seeress, and all-around renaissance woman (albeit, in the High Middle Ages), the play is possibly the earliest example of medieval allegorical morality drama. It portrays the fall of the archetypal Soul through diabolic temptation into the world of fleshly delights and her subsequent return to grace through the aid of the Virtues—each individual Virtue identifies herself, explaining her theological and salvific role for the incarnated Soul. The play stands out in its twelfth-century context: merely that we know its author sets it apart. But its theological complexity, rich lyricism, and innovative abstraction in addition to its hypnotic musical score, further distinguish Ordo from the simplistic, literal, and linear plays of its era.

Ordo survives in the Riesencodex, a 33-pound manuscript of Hildegard’s works, compiled upon the death of the Rhineland mystic. Her corpus spans media and genres: systematic theological treatises, manuscript illuminations, liturgical song cycles, medical treatises, vision accounts. We find, upon reading any of her works, a distinctively Hildegardian cosmology, extending far beyond each individual work. Indeed, she herself seems to have acknowledged her own particular “reading” of creation, compiling a list of a thousand made up words, nouns to describe the cosmic hierarchy, from Aigonz (“God”) to Cauiz (“cricket”). In Ordo, comprising the final few folios of the Riesencodex, Hildegard’s world of sounds and meanings takes on flesh, embodied in the cast. Anima, the Everysoul, is our ingénue; the Virtues our chorus; the Devil our villain and fool. Salvation is the dramatic action. Music carries us along. Hildegard’s original musical notation survives alongside the play in the Riesencodex. Only the Devil, who refused to participate in the heavenly symphony in the beginning of time, does not sing his lines. He tempts the Soul and challenges the Virtues in cacophonous barks.

Hildegard’s language can be obscure, her metaphors mixed, and her imagery compact, but by uncovering and unpacking the work, we find the profound mystological insights of a woman deeply in touch with—or, more properly, touched by—divinity. To read it solely as a mystical text, like one of her several vision accounts, however, ignores the importance of its medium. Scholars of late Latin, medieval religion, and early drama and music can glean much from reading it as a primary source in its twelfth century context. Reading it at all presents a fundamental problem, for the text is only part of the whole. It is a script for performance, rife with dramatic potency and potential. We may speculate about its original performance, actors, and intended audience, but there is no reason that we ourselves cannot play those parts in the 21st century. This idea may seem obvious in a world where directors still find innovative ways to make ancient Greek tragedy move audiences. For medieval drama, however, this approach is novel. The overt religiosity, and the simplicity of psychology and narrative can be off-putting, or downright boring, to a modern audience. Even Ordo, when translated literally, comes off as clunky Catholic jargon. But its message of virtuous living and divine forgiveness are hardly outdated. Like theater-goers, we must be a receptive and patient audience in order to uncover its meaning.

A simile nestled in a metaphor. These are the voices of the Patriarchs and Prophets of the Hebrew Bible who, according to Christian teleology, prophesied the Word becoming Flesh but never saw it come to fruition in the historical person of Jesus. Born on the wrong side of history, they lived in a blind time—they beheld Christ’s birth as though through a mirror, obscurely, and not face to face. The Virtues were merely abstract principles before the birth of Christ; only through the Incarnation of Divinity in Jesus, the human paragon of virtuous living, could the Virtues truly inhabit flesh. Thus, even in their mystic forms, wandering the timeless expanses of the heavenly realms, their perception is deficient. Bright forms appear, but they are indistinct, nubile to the witnesses below. “Who are these that float like clouds?” asks Isaiah in his oracular predictions of a messianic age (Isaiah 60:8). The question remains unanswered there, as it does here in the prologue of Ordo. On the page, we know them as the chorus of Virtues; but on the stage, neither the Patriarchs and Prophets, nor we the audience know them. We, with our earthly eyes, share the deficient perception of the Patriarchs and Prophets. We see, with them, a chorus of women, decked in brilliant garb, but veiled, unidentifiable and unidentified at the play’s inception.

Lingering on each of the interrogative monosyllables, qui (“who”), as though searching high and low throughout the cosmos for an answer, they invite us to join in their curiosity. When they ask, we ask with them. If the Patriarchs and Prophets are the earthly audience, asking after the meaning of celestial apparitions and auditions, then the Virtues are the heavenly chorus, chanting divine wisdom to the world below:

“O you ancient saints, at what do you wonder in us?

The Word of God brightens in a human frame,

through that, we shine,

we, the limbs building its beautiful body.”

Coyly, they evade self-identification, answering the men’s question with their own: “What is remarkable in us?” They are not intrinsically bright and splendid; rather, they refract the radiance of something more precious—Divinity itself. They are not the Word, but they cooperate in its Incarnation, building its corporeal form. We do not know who they are, but we know that they are divine. The Patriarchs and Prophets call them “fruits of the living eye,” invoking one of Hildegard’s most poignant names for God. In classical and medieval understandings of human anatomy, the eyes perceive through emitting, rather than receiving, light. In this conception, sight acts and creates through light. The Patriarchs and Prophets see in these clouds the bright refraction of God’s eyesight—”and we were the shadows of that light.” We remain, with the Patriarchs and Prophets, in the shadow cast by such brilliant light; or perhaps, they remain with us in the darkness of the audience. Although the Virtues have not yet identified themselves as such in this prologue, we become ready, through the self-acknowledged spectatorship of the Patriarchs and Prophets, to meet them, to learn from them, and to embody them.

ELI PETZOLD B’14 is a stranger here.