Rolezhinos and the politics of consumption in suburban brazil 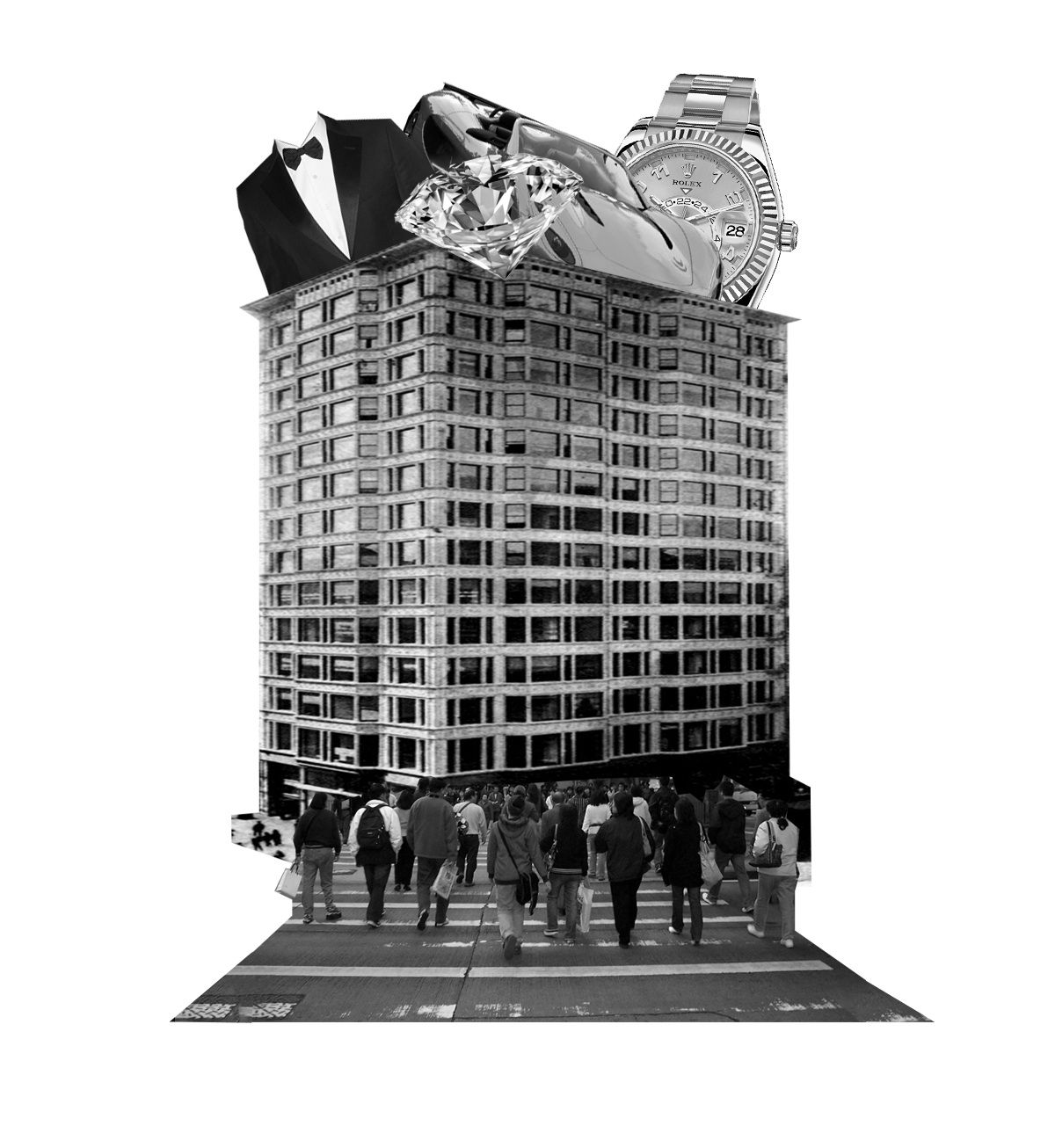 Evandro Farias de Almeida is an unlikely hero. The 20-year-old, who lives in the working-class outskirts of São Paulo, boasts more than 13,000 Facebook followers. A video he posted last April, in which he snorts a condom up his nose and expels it through his mouth, has more than 15,000 views on YouTube. In photos he wears brightly colored clothing and name brand baseball caps; he has colored rubber bands over his braces. His fashion statements and online tomfoolery have earned him notoriety among poor teenagers from the São Paulo suburbs.

Evandro would likely never have made a name for himself outside this set if it weren’t for the explosion in attention paid to the events he helped start—the rolezinhos, or little strolls around the city’s malls. In these gatherings, bands of youths sometimes numbering in the thousands go to the mall dressed in their finest clothes and, essentially, hang out. They flirt, they walk around; they are, according to the adult journalists who started paying attention late last year, rowdy and disruptive. They behave like the teenagers they are.

Someone—usually a local social media “celebrity” like Evandro—will call for a gathering on Facebok or Twitter, and other roleiros will flock to the event. Smaller, informal rolezinhos have been occurring since Brazil opened its first malls in the 1970s. But the first weeks of 2014 saw young, mostly black teenagers gathering in crowds of as many as six-thousand people and with surprising frequency in malls. They are mainly a São Paulo phenomenon, though similar events have happened in Rio de Janeiro in response to the national attention garnered by a few events.

To call the rolezinho a flash mob, as most US news sources have translated the term, is at once accurate and sugar-coating. There is nothing threatening about the act of gathering in the mall in itself. But the rolezinho exposes and destabilizes the deeply rooted divisions of race and class within Brazilian society. The responses of observers, writing and commenting in newspapers across the country and around the world, may provide fuel for a stronger damnation of these divisions than the acts themselves.

São Paulo does not lie along the beach like Rio; it has no public space in which people can gather, apart from a few widely dispersed parks. For years, those who cannot afford access to private clubs, bars, or hotels have made their own diversions, pulling their cars up to gas stations, parking lots, or the middle of the street; blasting music out of powerful sound systems; and enjoying the space they have made for themselves.

While the clothing worn by young people in the rolezinhos may not make a political statement about their disenfranchisement or repudiate consumer culture, it is—at least for some—motivated by the class and racial priorities of their society. In the last half century of uneven economic growth, Brazil has increasingly tried to present itself as a modern, cosmopolitan country; for its wealthy citizens, flashy, internationally recognizable labels are a key status marker. “No one speaks of these things, but it’s clear that you’re discriminated against when you go to the mall badly dressed,” one roleiro told the Internet news provider iG. Poor and middle-class youth are attempting to participate in a culture held up in front of them as their nation’s present and future, then derided and dismissed—effectively telling them they have no place in this future.

“These youths decided to call attention to themselves, yelling and making a commotion,” Fernando Ricciarelli, a 35-year-old financial director in São Paulo, told the LA Times. He said the idea of having rolezinhos “scares the people in the mall who want peace and quiet so they can do their shopping.”

“The presence of these teenagers in malls is shocking to some because it’s being done in an organized way, instead of being diffuse,” Pablo Ortellado, a public policy professor at the University of São Paulo, told the New York Times. On social media, people claiming to be shopkeepers and shoppers say the gatherings have gotten violent and led to shoplifting, but others—largely left-wing intellectuals, some newspapers, and the youths themselves—vociferously disagree. Whatever the threat posed by the young revelers, it was met by swift escalation; at a January 11 rolezinho in the Shopping Metrô Itaquera on São Paulo’s western edge, military police—also alerted to the gathering by Facebook—used rubber bullets and tear gas to dispel the roleiros as soon as they began to gather. Such a violent response should not come as a surprise to those who know what is happening across Brazil, where police regularly use lethal force against poor, marginalized populations. In the slums and neighborhoods in the hills or on the outskirts of towns, constant police presence often means that the youth cannot come or go within their own neighborhoods uninterrupted.

“The only problem they have in regards to consumption is that they do not practice it as much as they would like,” Alana Rizzo, Alexandre Aragão, and Bela Megale wrote in an article in Veja magazine, a conservative biweekly. Many who see the rolezinho as devoid of substance or political character point out that its participants valorize the consumer culture with which they interact. Rizzo, Aragão, and Megale observe that, rather than disrupting consumption or attempting to claim a space for the disenfranchised in elite areas, most events take place in peripheral, lower-middle-class areas.

On that matter, many of the rolezinho’s original participants agree. “Why would I wait two hours inside a bus to go shopping in a place where everything is more expensive and no one knows me?” Evandro Faria asked Veja. Another young man who participated in several rolezinhos told iG that the purpose of the event is “to pick up women.” Though the events have spread to the point that roleiros are attempting to access some of the country’s most elite areas, it seems that they are consistently failing to gain access. One event was planned in mid-January at the Shopping JK Iguatemi, in São Paulo’s upscale Vila Olímpia district. The mall managed to block it by obtaining a court injunction. Several events in Rio’s beachfront Southern Zone were similarly blocked by police and mall security.

“They just want to have fun, but here come the profiteers and troublemakers,” the Veja article continues. Those troublemakers are leftist politicians, anarchists, and members of the squatters’ movements—the Landless Peasants’ and the Homeless Workers’ Movements, primarily—who critics on the Right accuse of co-opting a display of immature fun into a political statement. Indeed, many of the latest gatherings in more central areas have taken on a more organized, expressly political tone. A planned rolezinho at the Shopping Leblon in one of Rio de Janeiro’s most expensive and chic neighborhoods was aimed to show “support for the people of São Paulo, against all forms of oppression and discrimination against the poor and blacks, especially against the brutal and cowardly daily action of the military police in Brazil, whether in the malls, at the beaches, or in the suburbs,” according to the Facebook event page. But the planned gathering never happened. Instead, the mall’s owners shut it down for the entire day; military police with German shepherds stood guard as about fifty people gathered outside, grilling food, playing music, and carrying signs protesting police brutality and the World Cup.

A response to the police crackdown on the original rolezinhos, this event—which called itself by the same name—appears to differ from the traditional event, at least judging by those who attend and speak up and the message they are spreading. “People in favelas usually only enter malls to work in the shops. The customers are almost all rich, white people,” Hanier Ferrer, a 23-year-old student at the Federal University of Rio de Janeiro, told The Guardian. While the university is free to attend, its entrance exams are difficult and it is highly selective, with a student body that is disproportionately wealthy and white. “The people from the favelas and the periphery want to prove they are just like everyone else. They want a rethink of social relations,” he added.

No organizers of the rolezinhos have made such a claim. Instead, they call this movement a grito por lazer, or “cry for leisure.” “The sounds they’re mainly listening to aren’t anti-establishment rap but ostentation funk,” Leandro Beguoci, editor of a new media start-up told The New York Times—referring to funk ostentação, a local musical genre whose themes center around consumption of cars, motorcycles, alcohol, and other luxury goods. To him, that signifies that these youth aren’t acting from a place of political consciousness. Beguoci wants political partisans of all kinds to stop assigning a political message to the youth participating in the rolezinho and just see them, as he says is their goal, as people.

For Maria Rita Kehl, a São Paulo-based essayist and professor of philosophy at the University of São Paulo, the underclass roleiro’s practice of taking up space in the leisure places of one’s socioeconomic superiors is inherently politicial. It “functions as a denunciation of discrimination,” she wrote in a Folha de S. Paulo opinion piece, whether articulated consciously or simply by roleiros’ ongoing presence in places where they are clearly not welcome.

Kehl is right to call their presence political. But by bringing in a whole host of other national concerns, overly zealous politically-minded observers run the risk of stealing from those really affected by Brazil’s social divisions the opportunity to articulate their own message, whether with words or their bodies. On the other hand, the fact that the response of conservative critics was to denounce the youths’ activities as a rude, déclassé effort to “wrest from the middle class the space it views as an oasis of calm and security,” as the Veja feature described it, underscores the prejudice and scorn they are coming up against. That scorn demands a response.

Roleiros may not claim to be protesting, but they are learning the difficulties and the joys of taking up space—in the malls and in newsprint. The backlash is disappointing but not surprising; it only reveals that many among the middleand upper-class do not think these youths have earned the right to access the consumer culture they themselves can appreciate. If flashy clothes on young black people in commercial spaces hasn’t yet disrupted or reversed that prejudice, at least it has proved that the prejudice is real.

EMMA WOHL B’14 went for the air conditioning, the WiFi, and the Starbucks.