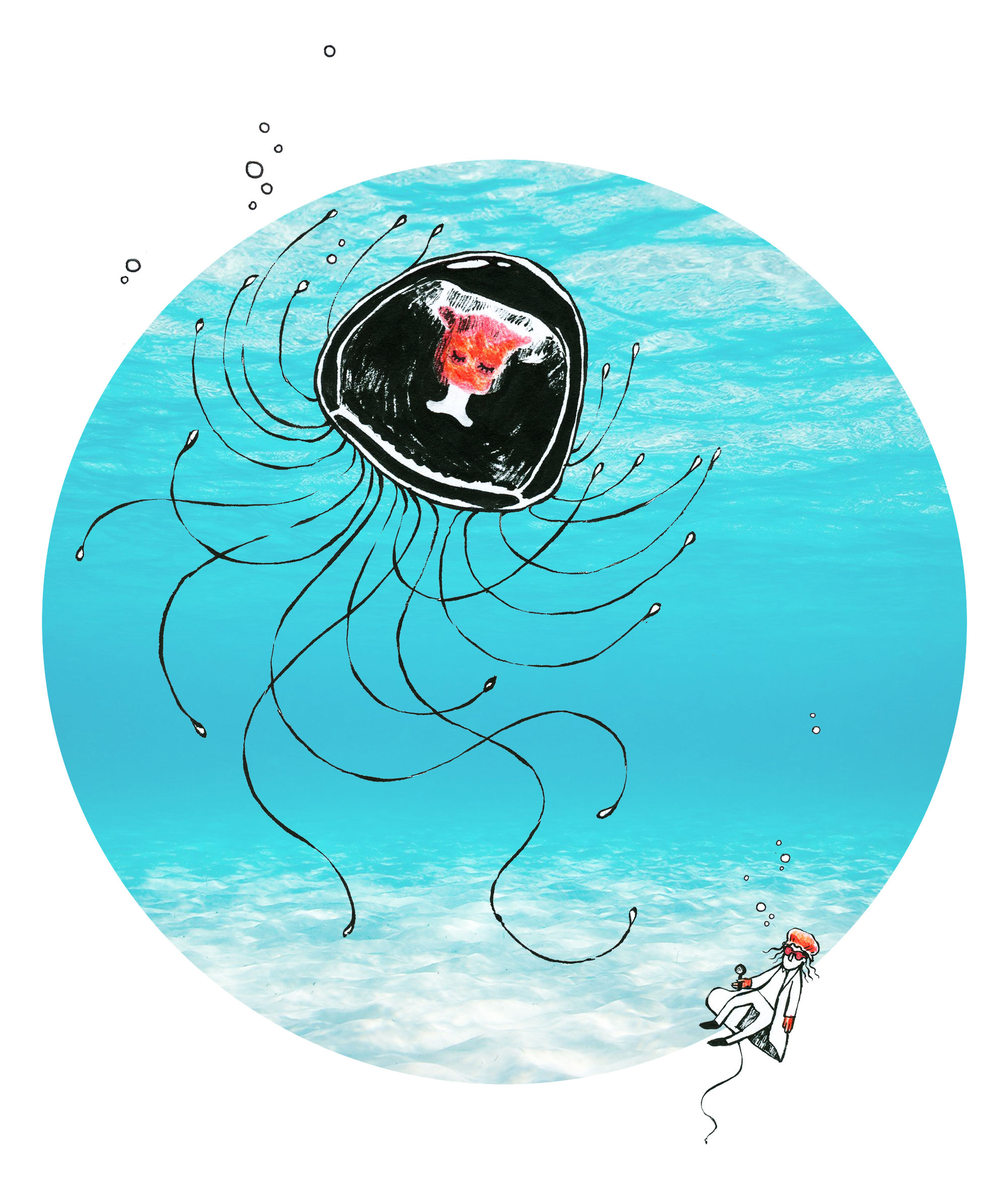 16th Century explorer Juan Ponce de Leon searched for the Fountain of Youth in the place where, today, people go to die. Modern scientists are doing the same, but they’re steering clear of Florida.They're directing their attention to a small number of animals that seem to have age-reversing tactics coded into their DNA. Each of the following three animals has its own way of fighting senescence, a term that refers to the process behind aging and eventually death of “natural” causes. Some of them are even considered immortal.

The name “Hydra” has prompted fear in both ancient Greeks and children born after 1985. The many-headed mythical reptile played a pivotal role in both the legend of Hercules and the Disney movie it inspired. About 300 years ago scientists discovered an animal that resembled Hydra and named it after the fictitious creature. It still stalks ponds and lakes today. Like the beast of yore, it is said to be immortal. But don’t worry—unless you’re a water flea, you’ve got nothing to fear.

Hydra is a group of freshwater relatives of jellyfish. They resemble a tiny, simpler version of the anemone: a tube with a tentacle-bearing head at one end and a foot at the other. The tentacles give it resemblance to the mythical creature. Most Hydra are just a few millimeters long. You probably brushed into one last time you swam in a lake or a pond. They’re common creatures, but unless you’ve got a microscope, you’ve probably never laid eyes on one.

The first experimental data that seemed to prove Hydra are immortal was published in 1998 by Pomona College biologist Daniel Martinez. In his paper he wrote, “Hydra may potentially be immortal.” Not exactly boldly-worded, but it was the data that did the talking. Martinez observed Hydra for four years and showed that the creatures’ mortality rates did not increase as they aged.

The key to Hydra’s apparent agelessness has to do with how they reproduce. Put some Hydra under a microscope, and a few will appear to have tiny copies of themselves growing on their sides. What you’re seeing is Hydra’s primary mode of reproduction—an asexual process called budding.

It turns out you need a pretty special cellular setup to spit clones out of your sides for eternity. Hydra’s body column is essentially a compartment of stem cells, which, like an adult human’s stem cells, renew dead cells and damaged tissues. Unlike ours, Hydra stem cells are constantly replacing tissue. Whereas humans hold onto many of their cells from birth, the longest a non-stem cell stays in a Hydra body is 20 days. Hydra stem cells have an indefinite self-renewal capacity, meaning the Hydra will never run out of its supply. Holistic repair that never lets up—this seems to be the recipe for Hydra’s lack of senescence.

Theoretically, this system could allow an individual hydra to live indefinitely in the absence of external pressures like predation. Some believe Hydra hold the to increasing human longevity. We can’t even be completely confident Hydra don’t senesce until someone looks at their aging over a longer period than Dr. Martinez did. Until then, “may potentially be” is the best we’ve got. 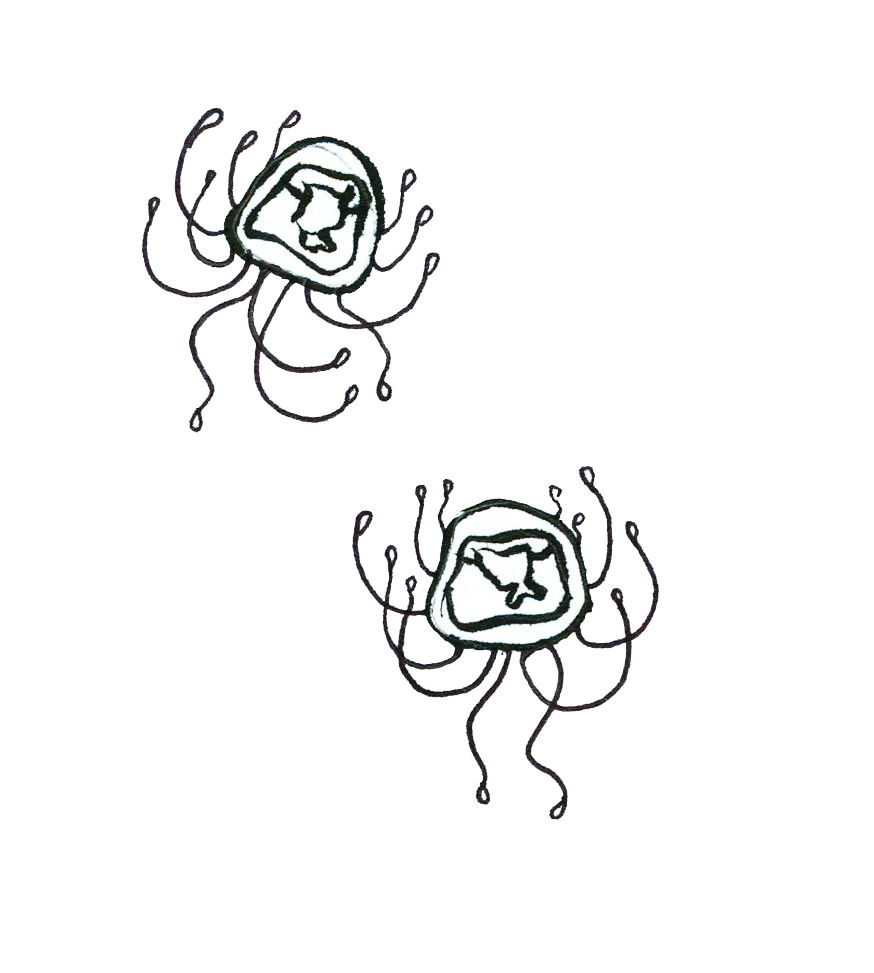 In his essay Consider the Lobster, David Foster Wallace questioned the practice of boiling lobsters alive by illustrating their capacity to feel pain. He didn’t consider that the lobsters on our plates often outdate the humans eating them.

Lobsters don’t just defy aging—they seem to reverse it. Mammals like us stop growing once they hit adulthood. Lobsters seem to never to slow down. Their shell grows stronger every time they shed their old one. They seem to get more fertile with age. They still die in droves from predation and disease, but without these pressures their lifespan could be staggeringly long.

The secret to lobster longevity lies in its ability to thwart a problem inherent to cell division. Every time a cell divides, the copying mechanism always results in a loss of DNA at the end of the duplicated chromosome. Imagine a photocopy machine that reliably misses the last sentence of the page.

This would work fine if every page of your book ended with a sentence of gibberish. This is how animal DNA is set up; we have buffer zones at the ends of our chromosomes. The buffers in a normal human cell erode and halt cell division after about 50 rounds of duplication. Those in the lobsters cells never go away.

That’s because every organ in a lobster’s body is loaded with an enzyme called telomerase. Cells with high telomerase levels can duplicate endlessly. Cancer cells, for instance, are packed with telomerase. And scientists believe lobsters maintain their telomerase levels regardless of their age.  If a 100-year old lobster loses a claw, it can grow it right back.

Telomerase isn’t enough to make lobsters truly biologically immortal, as they are sometimes referred to in the press. Just really old. The biggest ones we’ve caught have all been gauged at over 100 years old. And there are probably older ones out there—the biggest, most fertile lobsters in the sea. 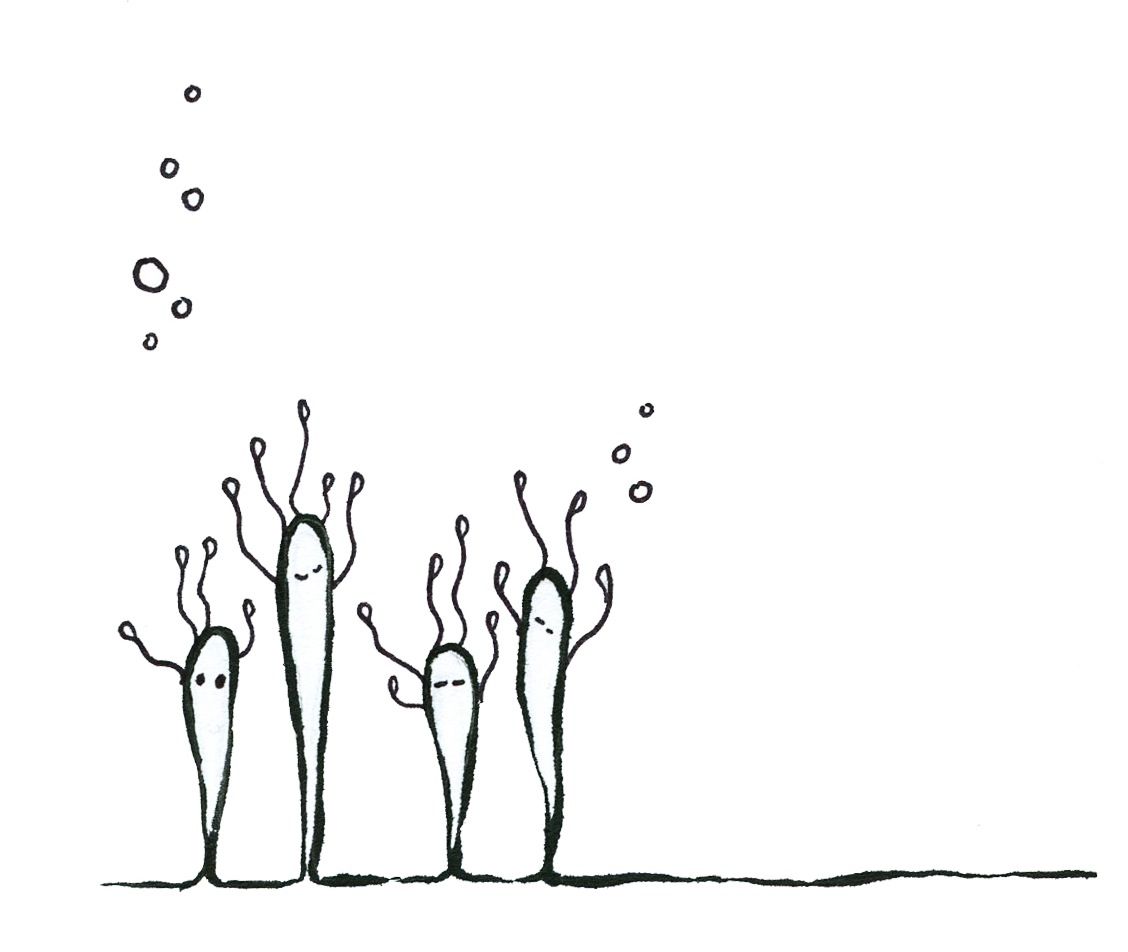 “My name is Scarlet Medusa,
A teeny tiny jellyfish
But I have a special secret
that no others may possess
I can — yes, I can! — rejuvenate”

These words—in their untranslated form—are stored in the databases of karaoke machines throughout Japan. Those intent on warbling them after a few cups of sake only have to search “Mr. Immortal Jellyfish Man” and flip through a roster of songs. This particular number is titled “Scarlet Medusa Chorus.” Other options include “Life Forever,” “Die-Hard Medusa” and “Scarlet Medusa—An Eternal Witness”.

Mr. Immortal Jellyfish Man is a quasi-celebrity in Japan, where he often appears on national television equipped with jellyfish apparel and a karaoke mic. Behind the oversized burgundy shades is man with an earnest message. Marine biologist Shin Kubota has devoted much of his life to harvesting and studying the world’s only captive population of the jellyfish species Turritopsis dornhi. These Hydrozoans—the same class that Hydra belongs to—are able to rejuvenate themselves endlessly and are thus considered biologically immortal.

On the surface, T. dornhi appears to have a lifecycle relatively common to Hydrozoa. It contains two distinct phases: polyp and jellyfish. T. dornhi polyps hatch from fertilized eggs and develop into a stationary colony. A polyp colony looks like a cluster of Hydra gathered together on the ocean floor. While Hydra polyps bud off new polyps, T. dornhi polyp colonies bud off jellyfish that will soon reach sexual maturity. It’s as if a caterpillar released butterflies into the air from its sides.

For most Hydrozoans, the medusa stage is the beginning of the end. Some species have only a few hours to feed and exchange sperm and egg before they die. At the most, they have a month or two. So how, you may ask, do these tiny jellies in Kubota’s lab stick around forever? If T. dornhii jellyfish are feeling the stress of adulthood, they simply transform into a kid again.

This species is the only known Hydrozoan that can transition from a medusa back to the polyp form. If it experiences physical damage or danger, the animal floats to the bottom of the sea from whence it came. There, it folds in on itself and starts to look more like a tiny puddle than a jellyfish. Slowly, a polyp stalk begins to emerge from the glop. Then another, and a few more after them. Eventually a brand new polyp colony emerges, which starts to spit out new jellyfish, which can eventually sink back to the ocean floor and… so it goes.

Kubota has exploited this process to keep colonies of genetically identical T. dornhii alive since he started studying the immortal jellyfish. He dons his entertainer cap (actual cap, looks like a jellyfish) because he wants to share with the world his amazement with these creatures. He also believes that the animal will “apply ultimate life to human beings.”  Keep dreaming, Mr. Immortal Jellyfish Man.

CONNOR MCGUIGAN B'15 has a special secret that no others may possess.