corruption and human rights at Sochi 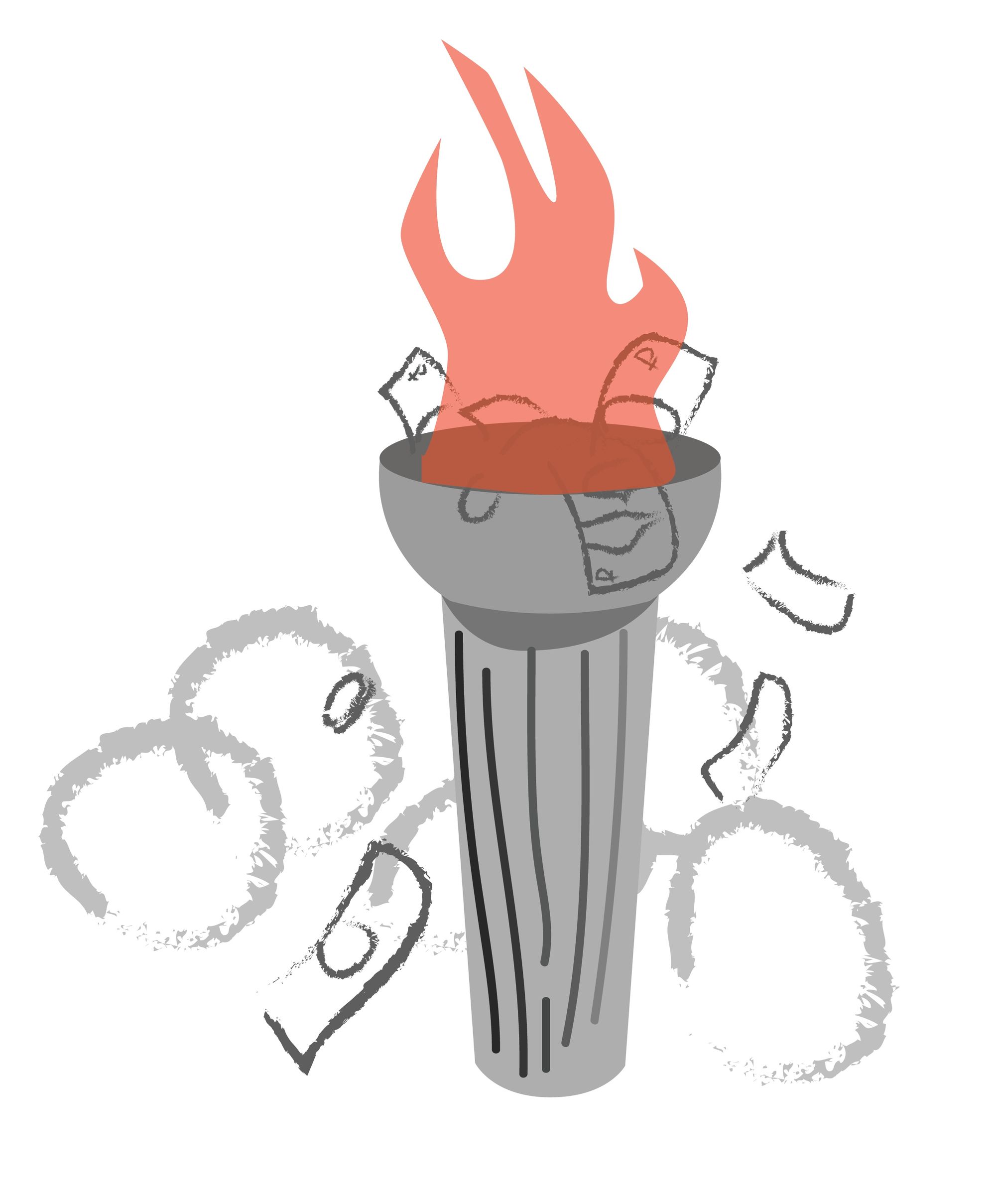 Sochi is where Russians go in the winter to escape the winter. The resort town, whose streets are lined with palm trees, hardly seems like an ideal location for the Winter Olympics. As it turns out, that’s exactly why the Putin administration chose Sochi: it is the definition of an engineering challenge. “This is Russia telling the world that they’re capable of pulling off a remarkable project, that Russia is a rich, successful, powerful country,” says Professor Peter Toumanoff, Director of Marquette University’s Center for Global and Economic Studies. “This is the Soviet Union in 1957 putting the first satellite in space.”

The $51 billion spent on the Sochi Olympics could have launched Sputnik 1 into space hundreds of times. The sixteen-day event cost Russia almost five times the initially projected $12 billion and makes the Sochi Games the most expensive in history. The immense cost stems in part from the corrupt practices of the Putin administration and in part from the Russian government’s purposeful choice of a subtropical location for winter sports. The combination of these factors makes this year’s games more expensive than all previous Winter Olympics combined.

In a recent television interview, Russian President Vladimir Putin attributed this price inflation to “honest” mistakes in cost estimation. But according to a May report by Deputy Prime Minister Boris Nemtsov, and fellow Putin-critic Leonid Martynyuk, $30 billion of the budget has gone missing in “kickbacks and embezzlement” to close associates of Putin. “Almost everything that is related to the cost problems and abuses in preparation for the Olympic Games was carefully concealed and continues to be covered up by the authorities,” Nemtsov added on his blog. The current economic environment of Russia, Toumanoff argues, stems from the messy transition from a planned to free market economy following the demise of the Soviet Union.

Alexei Navalnay, a Russian political and financial activist, who himself was wrongfully accused of embezzlement by the Russian government in 2013, stands at the forefront of the current anti-corruption movement. Navalny claims that Russia spent twice as much as necessary to build at least 10 of the Olympic venues, including the Bolshoi Ice Palace, the Fisht Stadium for the opening and closing ceremonies, and the Adler speed-skating arena. The Russian public is not ignorant of the ongoing graft: in a recent survey conducted by the Levada center in 45 regions of Russia, 47 percent of respondents believed that the government had “squandered” funds in the construction of Olympic infrastructure.

One of the most blatant instances of government misconduct is the construction of the Adler-Krasnaya Polyana highway, which links the sports stadiums on the sea with the alpine resorts to the east. This highway is the most expensive piece of new Olympic infrastructure, with construction costs amounting to $8.7 billion—nearly the same as the total cost of the Vancouver Olympics. The project went 90% over budget.

Russian Railways, owned by Gennady Timchenko, constructed the highway. Timchenko, easily one of the richest men in Russia, is a long-time friend and hockey partner of Putin. They also belong to the same judo club and geographic society. With an estimated fortune of $14.1 billion, Timchenko has large holdings in a range of Russian companies spanning the industrial and energy sectors. One of his companies exports almost a third of Russia’s crude oil. When asked by Swiss newspaper Neue Zurcher Zeitung about a connection between his success and his relationship with Putin, Timchenko rejected the allegation as “nonsense.”

Timchenko shared the contract for the Adler-Krasnaya Polyana highway with Arkady Rotenberg—another judo partner of Putin—who has been involved in nearly every major Russian construction project of the last decade. Five of Rotenberg’s companies have been involved in construction at twenty different locations in Sochi, amounting to a total of $7.4 billion worth in contracts. “This is the way business is done in Russia,” says Professor Nina Tannenwald of the Watson Institute at Brown University. “It’s highly oligarchical with various sectors of the Russian economy being controlled by a very small number of people.”

This highway has significant costs beyond the $8.7 billion price tag: built right in the middle of Akhshtyr, the construction has become a significant burden to the residents of this small village. “When the construction began, we had hope, we believed that no one would suffer,” Akhshtyr resident Alexander Koropov told Human Rights Watch (HRW) in December 2013. “Everyone in the village has suffered.” The trouble started in 2008, when Akhshtyr became the site of a dump for waste generated by tunnel construction. The construction also destroyed the village’s well—its only source of clean water. For the past several years, residents of Akhsthyr have depended on weekly government shipments for drinking water. Locals told HRW that the amount of water brought in is not nearly enough, and they are concerned that the government will cease shipments once the Olympics are over.

The citizens of Akhshtyr have also lost access to public transportation. Before the construction began, it took 25 minutes for residents to walk to the nearest bus station. Now, it takes two hours to circumvent the construction surrounding the station. The construction has also left cement dust all around Akhshtyr—on some days, it reaches five inches. “My neighbor across the street grew a lot of peaches,” said Akhshtyr Resident Tatiana Velikaia. “This year, he couldn’t sell any peaches because there was a layer of cement dust on the peaches. Nobody bought them.”

In 2011, the residents of Akhshtyr staged a protest to demand compensation for their losses. Arms linked, the villagers stood for hours in the middle of the Adler-Krasnaya Polyana highway, blocking construction vehicles from passing. Responding to the citizens’ demands, Sochi Mayor Anatoly Pkhomov promised to supply Akhshtyr with new water lines and a pedestrian bridge to link the village with public transportation. But with the Games well under way, these promises remain unfulfilled.

The environmental irresponsibility of the Putin administration can, like economic corruption, be seen as a vestige of the Soviet Era. “The Soviet union was very myopic when it came to the environment,” Toumanoff explains. “The idea was: get the job done, get the bonus, forget the consequences. That’s an attitude that hasn’t disappeared.”

The International Olympic Committee (IOC), participating countries, and even corporate sponsors have turned a blind eye to the economic corruption, environmental damage, and human rights violations accompanying this year’s Games. According to former Fulbright Senior Specialist in Russia, J. Gordon Hylton, this silence stems from a global acceptance of the flaws of the Olympic system, suggesting that there has always been an “aura of corruption” surrounding the Olympics. Silence on these issues serves the interests of everyone involved. “The IOC has an obligation to speak out, to protect the ‘dignity of human beings’ as outlined in the Olympic Charter,” Tannenwald told the Independent. “But what’s really in their interest is to keep quiet so they can accomplish their primary goal: to create an arena free of politics.”

Coca-Cola faced enormous international pressure to retract its sponsorship of the Sochi Games in light of the human rights violations in Sochi and Russia’s anti-LGBT law. The company did neither and stands to gain immensely by keeping quiet and keeping their contracts. When the Putin administration began construction for the Games, it bet that the benefits of financial and environmental irresponsibility would outweigh the accompanying criticism. As over a million athletes, spectators, and politicians flocked to Sochi this week, it looks like it bet right.