How to Win a Super Bowl 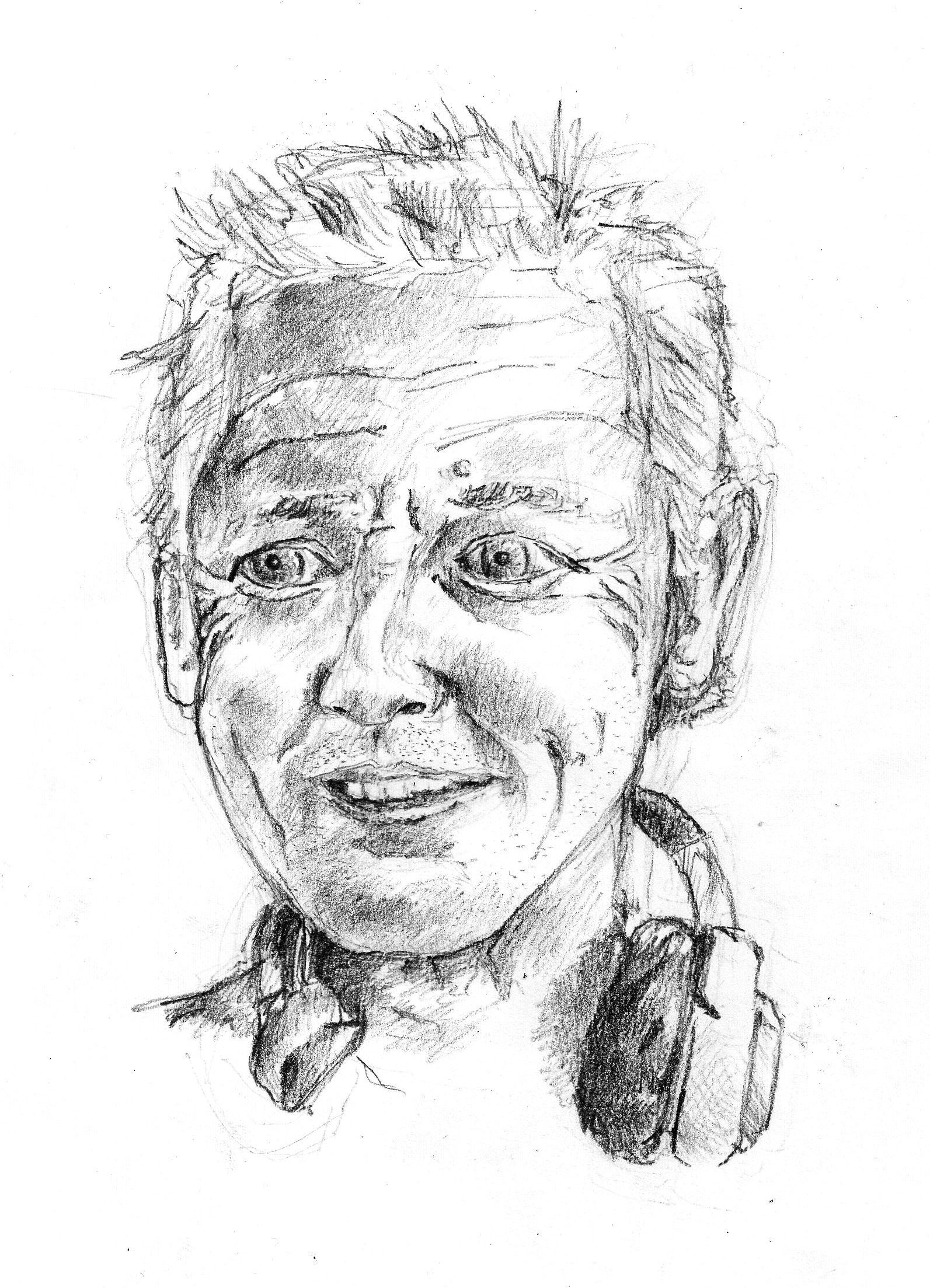 During the summer of 2000, Pete Carroll, now the head coach of the Super Bowl champion Seattle Seahawks, had his coaching breakthrough. “Looking back, I had been feeling all but down and out,” he writes in the introduction to his part biographical, part motivational, part self-help book Win Forever: Live, Work, and Play Like a Champion, “Suddenly, everything…changed.” Just fired by the New England Patriots, he had turned to a book by all-time great college basketball coach John Wooden, but finished more frustrated than inspired, without any solutions for his coaching failures. What does he have that I don’t? Carroll soul-searched and decided he lacked a guiding philosophy, a system of winning, an M.O. He got right to work.

His new philosophy would be driven by intense competition, attention to detail, and high performance. He was given a chance later that year with the University of Southern California, and the results since have been irrefutable: two college national championships and now a Super Bowl victory. He’s only the third coach to win championships on both levels.

Carroll is no Wooden. Wooden had a way of transcending basketball. Yes, he wanted to win, but he had a bigger picture in mind. At the top of his famed pyramid of success—a chart he authored that looks like the food pyramid but with building blocks for sports teams instead of food groups––is not a championship, but a personal best. Wooden once wrote, “Success is a peace of mind which is a direct result of self-satisfaction in knowing you made the effort to become the best of which you are capable.” Nowhere does he reference winning.

And his teachings weren’t just empty coaching aphorisms. They defined team culture. “[Wooden] wanted to win, but not more than anything... The consummate teacher, he taught us that the best you are capable of is victory enough,” said UCLA center and future NBA hall of famer Kareem Abdul Jabbar. Maybe it’s easy for a coach who won seven straight national championships and 88 straight games to see winning as ancillary to personal growth. But Wooden’s brilliance, his legacy, is a radical redefinition of what it means to be successful in something that is, after all, just a game.

Carroll sets different stakes: Win Forever. Later in the book’s introduction, after briefly summarizing his philosophy, Carroll enumerates his achievements: the championships, the Heisman trophy winners, the records. Now, we’re supposed to listen to him, because he’s a winner and is going to teach us how to become one, too. Wooden’s personal success seems peripheral, Carroll’s essential.

USC and Carroll were a perfect match in 2000. Once a perennial powerhouse, USC neared irrelevance. They were looking to recover from a disappointing decade, one in which they’d won only one Rose Bowl. They had failed to make a single bowl game—one of 34 post-season, invitation-only games—in the previous two years. Carroll held two NFL head coaching positions throughout the latter half of the '90s, first with the Jets and then with the Patriots, but he didn’t win quickly enough to stick around in an impatient league. They both needed a fresh start.

Invigorated by a renovated and clearly articulated coaching philosophy, Carroll needed only one year to turn USC around. After a mediocre 6-6 record in the 2000––2001 season, the Trojans went on to seven straight bowl games and won two national championships. He became the talk of the sports world. Everyone loved him—the fans, the press, and, most importantly, the players. He “bounce[d] around with more energy than his soon-to-be-NFL stars who were technically young enough to be his grandkids. He threw passes in practice. He convinced celebrities to pull pranks on his players. He organized and played in pickup basketball games,” wrote USC sports reporter Adam Rose.

But Carroll’s carefree attitude did not affect the intense competition that was at the core of his philosophy. He instituted Competition Tuesdays, where drills and scrimmages offered every USC player an opportunity to compete for a starting spot. This was unheard of in a college football culture that often promised playing time to top recruits, but everyone got behind it because he won. In a profession that delivers unambiguous results, his philosophy was immediately affirmed.

“[The NCAA] didn’t quite understand how you could have this much fun playing football,” Carroll said in a press conference in 2012, three years into his new coaching job with the Seattle Seahawks. “They could not figure it out and thought something must be wrong.” Carroll left USC in 2009, following an NCAA investigation into possible infractions that running back Reggie Bush, among others, had taken money from agents, something forbidden by the NCAA. Five months later, the NCAA delivered one of its most severe punishments ever on USC’s football program: a three-year bowl game ban and the forfeiture of thirty scholarships over the same period. By then, Carroll was a thousand miles north in Seattle.

Unanswered questions surrounded Carroll’s departure. Did he leave to avoid the sanctions? Was he more involved than he led on? He claimed ignorance of all that happened during his tenure. “We didn’t know, the university didn’t know,” he said in a self-published YouTube video. “[It was] a clear-cut case of external forces outside of the university setting, entering in and disrupting the process of young student-athletes going to college, for their gain.”

One of the allures of USC football was the spectacle, the excess: the proximity to money, access to top agents, the ability to become a celebrity in a city full of them. As USA Today reported in 2005, Carroll invited the likes of Will Ferrell, Spike Lee, and Dr. Dre to practices and provided them with sideline passes for games. And this culture wasn’t just for the gain of external forces. It helped Carroll attract top recruiting classes for nearly a decade, which allowed him to become one of the most successful college coaches in recent history.

Even if Carroll knew nothing about the program’s violation—and it’s hard to believe Carroll knew nothing—he still would have been part of the problem. A head coach creates a culture, sets the standard for what’s acceptable. He’s the play caller on the field and in the locker room. Creating a culture that allowed, or perhaps even encouraged, breaking the rules began with Carroll.

Carroll keeps similar control over the Seahawks that he held at USC. He is both the head coach and the ultimate decision maker on all personnel decisions. He calls the plays and hand picks who runs them. But what he’s really been touted for is not just creating a winning team, but also a winning culture. Seahawks linebacker Bruce Irvin said of Carroll, “You go in the team meeting room, you got basketball hoops, you got rap music playing. He’s a team player. In this society, players like people who are real with them. That’s what Pete is and that’s why I respect him and play for him so hard.” And this is why he’s been so successful: players like playing for him. It makes sense, because, as Rose and Irvin indicate, he’s one of them.

But Carroll’s coaching style has led to a similar lack of control in Seattle as it did in Los Angeles. Since Carroll’s arrival in 2010, the Seahawks have had more performance enhancing drug suspensions than any other team, and that’s not including the reversal of cornerback Richard Sherman’s suspension due to a testing technicality.

Wooden’s culture had a foundation in his five base building blocks: friendship, loyalty, cooperation, enthusiasm, and industriousness. Carroll created his own pyramid of success, and it outlines three rules at the pyramid’s base, the first of which is “always protect the team” (the other two are “no excuses” and “be early”). Like at USC, Carroll may not be directly implicated in the actual problem. He presumably isn’t buying or injecting drugs for his players. But he’s the culture setter, and he’s valued protection more than accountability. “Something’s off with the culture,” former Seahawks linebacker Chad Brown said to the Seattle Times. “Something is off in the locker room and somewhere in the organization. When these things keep cropping up, it’s an indicator that something’s not right.”