tuning out in the sky 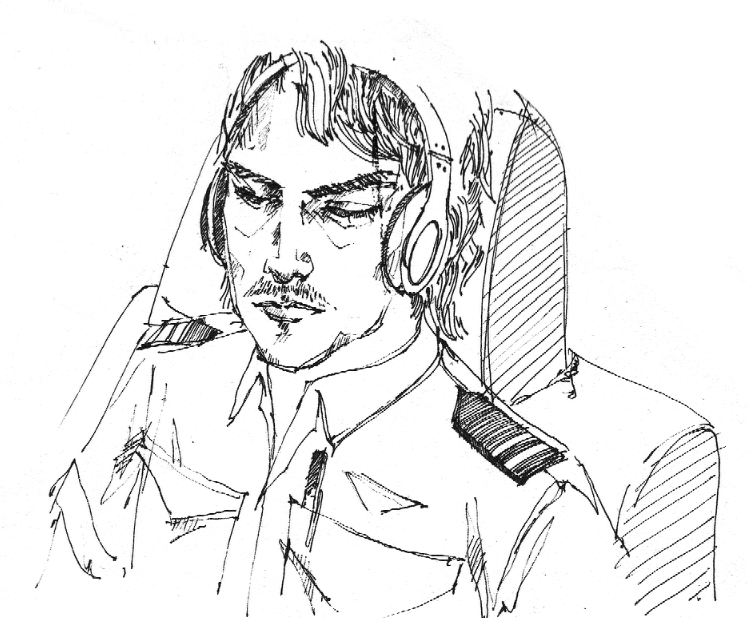 As the jet lurches and pitches miles above Rhode Island, a professor of furniture design presses bored thumbs into his iPad. He alternates between cruising LinkedIn, squashing evil vegetables, and crashing racecars into the racetrack walls. The proud owner of a “My Pen is Huge” graphic t-shirt, seated behind the professor, eagerly awaits an update on an NFL playoff game from an elderly woman operating as a wannabe sports announcer armed with gate-to-gate Wi-Fi. The couple next to me bifurcates. They’re watching their respective shows on their respective horizontally-palmed iPhones.  Their entertainment cocoons are complete. In little time, the turbulence subdues, and the pilot superfluously informs us in an arid drawl that we’ll be doing a second lap of our approach.

For most people with a modicum of flying experience, turbulence induces more nausea than fear. When my plane met “rough air” descending into Providence, I closed my book to avoid challenging a long-confirmed susceptibility to motion sickness.

Yet, turbulence has long been an interruptor. It has interrupted the smooth flow of universal sky (blue or black or multi-colored), the procession of carts serving adults snacks, the airplane misanthropy, and the aisle squeezing. It has made the plane’s functioning a probability, a works-until-it-doesn’t. Of course, turbulence hardly ever indicated a real shot at catastrophe. With a roughly 1 in 11 million chance of experiencing a plane crash, we would be silly to interpret with a morbid prejudice. But turbulence nonetheless set an occasion.

Now that occasion is changing. Rather than sharing physiological and psychological solidarity in the face of risk, we tune out. Looking around the jostled plane, all I see are efforts to fortify personal bunkers of diversion. The heads on the planes are bowed, fiddling on devices that serve less as distractions and more as translators. They translate plane time into entertainment time. The former measures itself in risky geographic displacement hours, the latter measures itself in passive media consumption hours. Turbulence becomes a mere thing-that-happens-sometimes. True, we never thought that turbulence meant death. But now, it appears that we have cut out thinking about the remote possibility of catastrophe altogether.

In a perverted twist on the previous experience of turbluence, I scroll my smartphone, with a lasciviously morbid desire to find a song that would make a purely hypothetical catastrophe seem like a beautiful crescendo. An emotional advance on the catharsis that comes with brushing with finality.

The plane lands. Somewhat bizarrely, the flight attendant cajoles us over the intercom into a cringe-inducing applause for the pilots. We landed and we’re safe and we never had to think about anything else. Clapping.

If I time a song just right, arriving at the chorus as the engines lift the metallic bird into the sky, a wave of writerly satisfaction will strike me. In a moment of authorial self-congratulation, I think “Aha, this life! What a thing! Complex yet at the end of the day, so fundamentally worth it.” It’s the train-staring mood hyped up by the steroidal effects of altitude. From the air, thoughts about the ground are a travelogue and the plane is the writer’s retreat.  Life and its attendant risks are to be resumed upon arrival.

As of last Halloween, the Federal Aviation Administration lifted its ban on the use of Personal Electronic Devices (PEDs) during takeoff, approach, and landing. Instead of indulging furtively, flyers like me are now free to read the Bible on a Nook, Instagram post the aerial view of a smog-filtered sunset, and sequence whatever music they like. In a press release, the FAA stated that it simply no longer believes PEDs present any threat of radio interference to the plane’s communication.

The new deregulation presents a turning point in the totalizing movement to tune out the flight. Entertained passengers ignore enervated flight attendants and safety instructions, take off their shoes (a critical mistake in evacuation), and noise-cancel the 90 decibels of flight.  They retreat sooner, longer, and deeper. On a flight from Salt Lake City to Chicago, one flight attendant had to enlist a neighbor to jolt the Beats-wearing passenger in the window to confirm his emergency row preparedness. Did he realize that he would have to initiate evacuation by yanking the red lever on the emergency door? Vocal Confirmation? Sure.

Of course, this would be less significant were passengers retaining the lessons of safety instruction. But for the most part, they don’t: a 2007 FAA study revealed that less than half the passengers surveyed knew to put on one’s mask before assisting others. A quickly depressurizing cabin gives passengers breathing naked ten seconds before the loss of consciousness. Under a psychological duvet, things go as they should until they don’t and then they still don’t if you don’t notice them. Until you do.

The commercial airlines are down to help us forget the miniscule chance of catastrophe. Much of the communication between the cabin and the crew has embraced the comic remove from flight. Almost all frequent flyers have sat through a pilot of their sky machine doing a stand-up bit over the intercom. Numerous airlines have chosen to translate pre-flight safety demonstration videos (PSDV) from the language of perfunctory preparedness to the language of in-flight entertainment. Delta rolled out a holiday-themed PSDV filled with light shenanigans and a cameo by a lipstick-wearing, redhead flight attendant of the prior generation of videos, whose trademark finger wag to smokers and illicit cell-phone users gets a callback. Just this week it rolled out a ‘80s themed PSDV.

Virgin produced a live-action musical to be their actual Pre-Flight Safety Demonstration Video. The Virgin PSDV asks us to join the attendants/professional dancers in the breezy second-order comfort of a spacious and immaculate hangar where relevant aircraft objects are props that cohere loosely into a mock plane. Nevermind our physical allegiance to the very first-order status of being in a plane 30,000 feet above the ground. Here, the legroom is infinite and the flight attendants are gorgeous. A song and dance for emergency preparedness.

The medley unfurls with a series of elaborately choreographed numbers. A young girl raps about the air masks, some tuxedo-clad dancers give the dubstep introduction to the life jackets, the head flight attendants return to the video’s neo-soul theme for the evacuation procedure, and a young boy snatches an e-cigarette as he raps with a pitch-lowered voice about not smoking.

Quite intentionally, the glee-club aesthetic pasteurizes the possibility of disaster. When a faux-passenger executes a backwards Carlton into a cardboard evacuation door, Virgin withholds a lesson about evacuation, offering instead a parody of catastrophe. Virgin wants to poke fun at mortality without hurting its feelings. The nod and wink laden in the video’s many asides and high jinx riffs on the tropes of the PSDV. Virgin casts the passenger-audience as irony-ready customers who believe flight risk to be so negligible as to not be worth its cognitive salt. The message is clear: Listen up! You’re not gonna die!

The video ends with a string anthem that builds into a top-40 climax with a surreal and schmaltzy ekstasis marked by the refrain “we’re going to live it on up in the sky.” It’s cute, then long, then vexatious. Virgin glazes the pill so heavily in either cheese or sugar that it hardly does any good.

Passenger entertainment offers myriad perks to airlines. It sustains a thriving consumer electronics business in airport terminals. It helps passengers ignore or cope with gradually decreasing legroom, decreasing on-board amenities, and increasingly economically stratified flying experiences. Finally, it strokes the abstract glamour of flight. The ubiquity of curated and branded in-flight entertainment service—Delta on Demand, American Airlines’ ON, Lufthansa Media World— confirms this. Considering the push for total entertainment and the parodic dismissals of risk, airlines don’t just want us not to die in a crash—they want us to not even think of the possibility.

2013 saw 13 major commercial plane crashes. Every one occurred either during takeoff, approach, or landing. This is no anomaly. A well-known albeit reductive statistical aphorism, the “plus three minus eight” rule holds that during the first three minutes after takeoff and the eight minutes before landing, roughly 80% of crashes will occur.

Vueling, a Barcelona-based airline, cues Stereolab’s 2002 hit “Miss Modular” as the Tarmac comes into sight. I put away Vueling’s genuinely brilliant In-Flight Magazine, Ling, after reading about dsytopic robot surveillance. VuelingMusic, co-opting the curatorial agency of the passenger, lowers us to the ground with a swinging French horn and cooing French vocals. This is cocktail music and it transports us to the airport lounge before the wheels are deployed. Once the plane has landed and decelerated, the Vueling in-flight entertainment DJ turns over to Bon Iver’s “For Emma”. Wistful, a Catalan girl, age 17, whispers to herself—“love this song”. Nobody claps for the landing.