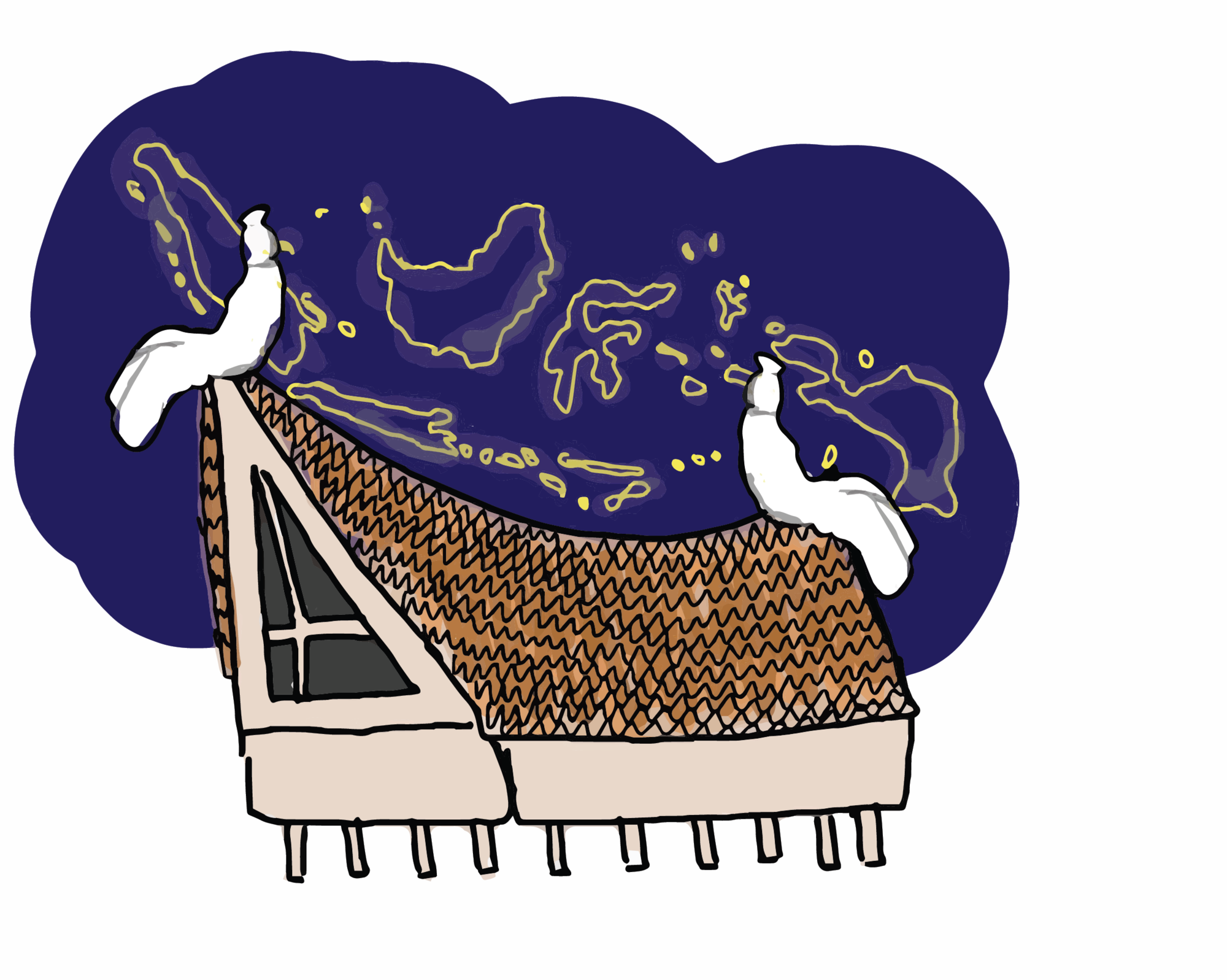 Now is a good time for ghost stories. One might pass quarantined-induced time digging out old, spooky books from the attic​ ​or recounting classic legends around (digital) bonfires. However, since the pandemic began, the ghost stories have had an especially fresh face. Or, rather, faces.

Since the COVID-19 outbreak in Indonesia, ghost stories have had a resurgence that extends a tad beyond nostalgic recollection. People in the Kepuh village in Central Java have watched as the apparitions of locally known ghosts began to patrol the streets. ‘Pocong’ ghosts, also known as shroud ghosts, are famous in Indonesian folklore. Believed to be the ghosts of the dead trapped in their shroud, a cloth used in Muslim burials​, ​these apparitions began to appear at the village’s entrance around the time social distancing began to become a world-wide norm. As the global pandemic made ghost towns out of some of the world’s most sprawling cities, people were especially dissuaded from entering and exiting Kepuh.​ ​These figures, conveniently adhering to local legends, sit quietly wrapped head-to-toe in white cloth. They watch over the ghost town they created, and, perhaps, use their haunting attire to hide their true identities from their less superstitious neighbors.

While ghosts—thanks to, well, being dead—are less at risk for catching the virus, pocong ghosts appeared to care quite a bit about encouraging social distancing within the village. So much so that when villagers started gathering to witness the ghosts, potentially seeing their ghostly exterior, the local, ghostly volunteers changed their strategy for deterring social gatherings. Now, shrouded ghosts wander in haunting, six feet a part, in pairs patrolling the village. According to one ghost, in his former life known as Karno Supadmo, they haven’t witnessed any villagers on the street since this new measure was implemented.

One could say that Anjar Panca is a ghost of their former self. The part-time villager, part-time ghost of the area, explained, “T​he pocong is not to scare residents; instead, we want to educate residents on the fact that coronavirus causes death. It is a shock therapy, as people usually [pay more attention] to anything related to ​death​.”

Panca’s sentiment, while sensible, doesn’t quite hold up. Over 200,000 people have already died globally because of COVID-19 according to the World Health Organization. These very real deaths haven't seemed to be ‘shock therapy’ enough. Rather, fictional and superstitions narratives fill in gaps that statistics, for some reason, have been unable to fill.

Panca isn’t the only one tapping into Indonesia’s superstitious side. Kusdinar Untung Yuni Sukowati is the head of the Sragen regency, a subdivision of one of Indonesia's 30 provinces. She has also joined forces with ghosts in the battle against COVID-19. She ordered that all quarantine breakers be placed in abandoned houses (feared to be haunted) for the duration of their quarantine. She hopes, like the Pocong ghosts, to capitalize on Indonesian superstition in order to ensure that people practice social distancing​. ​Heri Susanto, one of the people forced to quarantine in a haunted house so far, put it succinctly, “Lesson learned.”

Unfortunately, not every street in the world is graced by dutifully-patrolling ghosts, and not every country has enough haunted houses to make them a part of their policy strategies. With that, it seems like ghostless governments like that of the US are running out of ways to encourage strict social distancing. Some states, such as Georgia, have already decided to diminish social distancing, despite over 25,000 positive tests and new cases emerging daily. In this country, there seems to be a tendency to hide from fear. Maybe the knowledge of a global pandemic isn’t enough to spook America’s most fortunate.

As the case in Indonesia shows us, entangling varied fears to produce a larger, communal caution might be a more effective means of moving forward. It is worthwhile to listen to the ghost of Panca and come to terms with fear stemming from both the fictional and incredibly real and, further, to understand the deadliness caused by just one of those. The United States must understand the haunting consequences that come from recklessness, even if we don’t yet have ghosts walking around to tell us.

Perhaps, now is only a good time for ghost stories if we are able to apply them and listen to the warning fear grants us. Instead of reaching for haunted imaginings, let’s instead consider reevaluating our present fears to understand what it really is that should be keeping us safe in our bedrooms—after checking underneath the bed for monsters, of course.