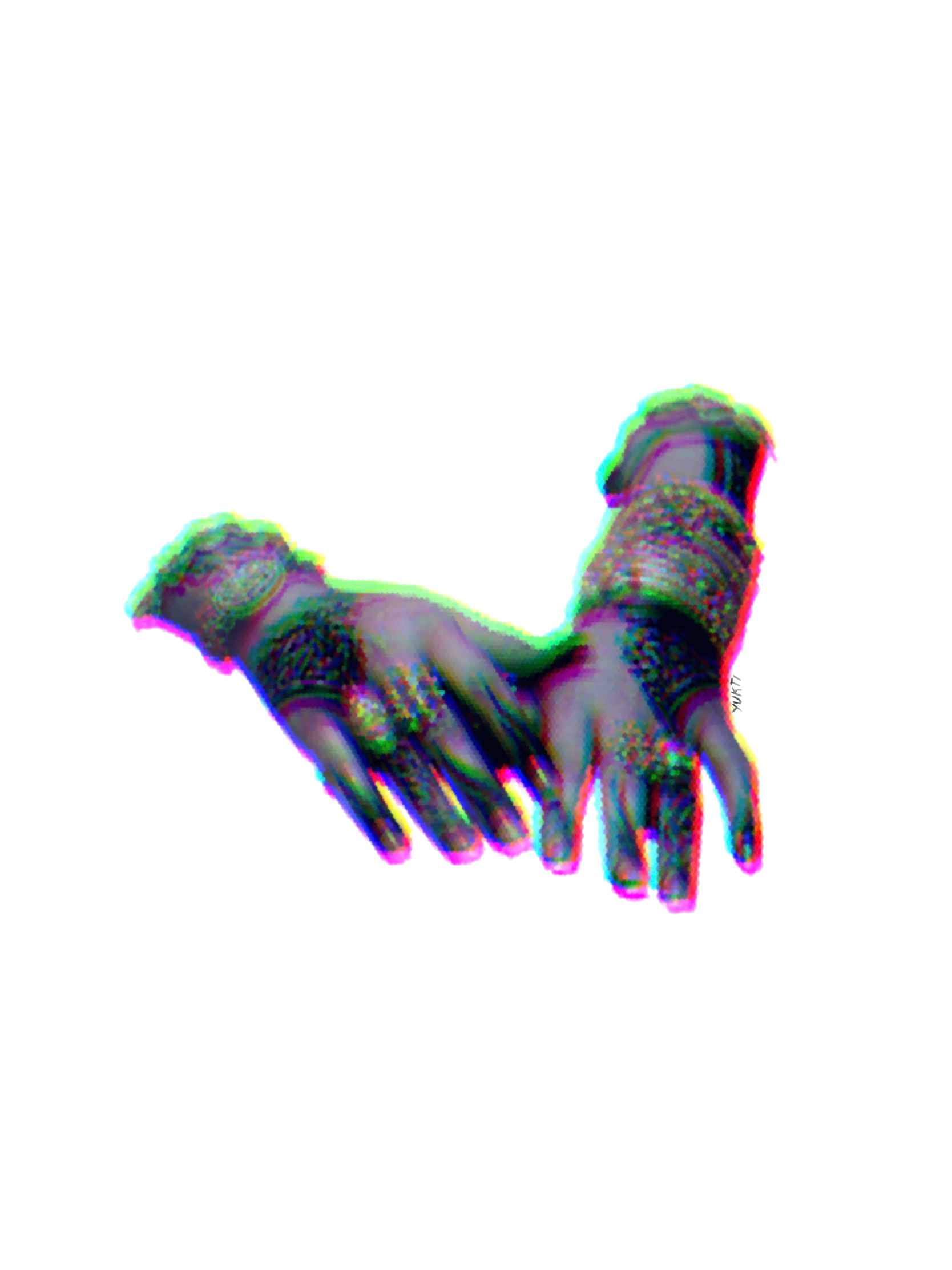 Drumbeats loud enough to ripple through the Nile, caterers pressed to make over 200 meals, children running around, ruining their fancy dresses and suits. I had never been to Sudan in the winter—wedding season. Usually, my family opts for an extended stay in the summer every other year. This year, however, I convinced my dad to take me with him for his nieces’ ceremony in January. While many wedding festivities take place in the summer, the season’s dry heat deems it less than optimal than the winter months made of cool, breezy nights. To prepare, my mom and I went through the closets in our house searching for dresses.

The rush of the season began as soon as I landed. My dad, who had reached Sudan a few days before me, invited me to the groom’s henna party as soon as we arrived home from the airport. I chose instead to sleep off the journey, and the next day, I went to another bride’s engagement party. Events were stacked on top of each other. It was a time of food, colors, music, and most of all love—and it seemed everyone was affected.

To accommodate the many Sudani couples, venues have a strict afternoon and night event schedule. The afternoon events last from one to six PM. At 5:30, guests are asked to head to their cars. Staff quickly clean tables and floors, and at six, the night events begin. Most of the weight falls on the singer to start the party. I’ve seen singers jump off stages into crowds, dancing as if they, too, were family.

Weddings in Sudan are special for a reason. Even in the finest of their clothes, people are completely prepared to sweat them through. From children to the elderly, everyone is dancing. During these celebrations, the bride and groom’s family and friends are becoming one and people refuse to hold back—even those that belong to neither side. It’s common for strangers to crash weddings, to jump over the walls of houses to be let in. In the whirlwind of it all, everyone is welcome. Even my cousin let spill that she and my mother, bored at home, crashed a wedding at a house a few streets away. Dressed up, with no clue who either family was, they sat front row. When asked, they said they were part of the bride’s family. They ate, danced, talked, and walked home after it was all over, sure to be all over the event tapes. A wedding is an event that attracts all—the bigger the better—leaving people discussing the details and the blisters they got for weeks.

Of course, the wedding ceremony is not the only festivity. There's both the bride’s and groom’s henna, a ceremony where the bride’s skin is donned with intricate designs of black ink and showered with gifts by friends and family, blessing her with good luck and fortune. The groom is surrounded by the older women in his family, as they sing for him and paint his hands with henna. There is the shila, where gifts from the groom are presented to the bride. The aghad, an afternoon underneath a huge tent celebrating the formal marriage contract signing. The subhia, is a bridal dance performed for the groom and the women of the wedding party. The jirteg ceremony holds all of the traditional practices symbolizing the beginning of the couple’s new life. The house of both the bride and groom is overtaken for weeks with preparation, events, and parties. The kitchen is expanded into the backyard to feed everyone. My cousins and I cleaned, ate, partied, knocked out, and then we would wake up to do it all over again. The feverish energy is infectious and, even during those winter nights, it seemed everyone was feeling it.

Mothers hunted down brides for their sons, aunties conspired to see which two would make the best couples, young teenagers met up with their secret boyfriends at weddings. My father put me in excruciatingly awkward situations as he introduced me to several of his friends’ sons, asking them to take me for a dance. Even an ocean away back home in Texas, my mother arranged for me to meet her friend and her son, “Just to say hello,” but of course I was told to wear my best makeup and clothes. Luckily, I avoided that interaction. Leaving Sudan without an engagement—or at least one that I knew of—would be a remarkable feat.

But sometimes for the fun of it, I gave in, telling my uncles to find me the richest husband they could. Or hint at my aunts that “I was on the market” so they could show me all the Facebook pictures of their best-looking nephews. One night, my cousin had taken me to our neighbor’s house—a close family friend—for tea. Jokingly, I said the same to them when they asked, that yes, I was looking for a husband. I thought I made the joke clear when I said I was looking for someone, “rich, handsome, and rich.” But then our neighbor called her nephew, an engineer, on the phone, so that we could introduce ourselves to each other. I refused, thinking she was joking just as I was. But then she put him on speaker, and he was actually very serious, I ran out of the room. They teased me mercilessly for the rest of the night, and I knew then to stop telling  jokes. It was dangerous, wedding season caused something to spread like wildfire; every day, there was a new bride and groom-to-be.

That night, my neighbor told me the engagement story of an undeniably beautiful girl they knew from a nearby town. The girl was washing the floors of the house as usual, scrubbing them with soapy water and tossing the liquid onto the street when finished. However, on that day, a very wealthy man was visiting a friend nearby and passed by her house before the main road. As she dumped the water from her door, she failed to realize how close he was to her, causing the dirty water to pour onto his shoes. He was livid, and banged on the door as hard as he could. As soon as she opened it, he began to shout, cursing and demanding to know who the culprit was. She cut him off and confessed that it was her. But she was also angry, it was obviously an accident, there was no need to be yelling as he was. He paused, finally taking her in, and found himself transfixed by her beauty. He asked her how old she was. Was she married? Engaged? She said no to both questions. He left and the next day he brought his family to meet hers. He offered his hand in marriage and she accepted. They were set to be married within the year.

These are the type stories my aunts would love to share, of a passionate yet chaste love, expressed only in the sanctity of marriage. But of course, we had our own. On the days that we could, me and my cousin would sneak away and go to the local restaurant to talk of our friend’s ex-lovers, of what love ‘really’ is, and of what we looked for in partners most of all. We also loved to spy on all the young couples maintaining a ‘platonic’ three-feet distance but quite obviously on dates. While I loved to see their shy yet tender awkwardness, my cousin, eight years older than me, disapproved, seeing them as a ‘lost’ generation. But from what my aunts have told me of my dad and his brothers sneaking their own lady friends into the house, I knew the ‘issue’ spanned generations. She told me how she knew girls who had three boyfriends; one paid her rent, the other her phone bill, and the last for her makeup. But in the end, she would choose none of them. I personally thought it was a perfect system, might as well get something out of boys than the usual stress.

Yet, my cousin is a strong believer in commitment, thinking that that is what this generation had lost. She cautioned me with a story of one of her closest friends from college. This friend in particular had many generous gentleman admirers, and similarly, she didn’t take most of them seriously. One boy paid for her phone bill, and after a while of talking she decided to stop seeing him in that way. Hurt, he left her many messages on her phone, writing her long texts on WhatsApp. Eventually, she had to block him. But one day, at the market with her sisters, he showed up and followed her to her car. He demanded the phone back and after intense arguing, she gave in. She thought this would be the last time she saw him, but he became meticulous. Everywhere she went, he was there. It got so bad that she eventually stopped leaving her house, unable to even go to her classes. After the third month, she let her best friend convince her to come watch a movie with him. Both of them thinking her stalker had moved on to another poor girl. Exiting the theater, on the basement floor of the mall, they saw him. He had been there waiting. Upon mistaking her best friend as her boyfriend, he was enraged, almost beating him to a pulp. He focused on the girl and forced her to sit on one of the benches and take out her phone. He told her to pull up WhatsApp and unblock his contact. And then to write to him ‘I love you,’ when she refused, he pulled out his gun. He made her write again, and then five times, and then 10. He wanted her to write it 100 times before he would let her go. And if she messed up once, she would have to start all over. Delusional, he still thought of them as lovers. He told her he wanted her hand. Seeing that he was obviously deranged, she told him to ask her brothers for permission the next day. Immediately running home, she pleaded to her brothers to lie to him. So, when he came to the house the next day, her brothers explained they had someone else in mind for her, a close family friend. It was only at this point that her stalker finally accepted they could not be together. Eventually she was able to resume her normal life, and to both of their surprise, she ended up marrying her best friend. My cousin, finished with the story, was laughing to the point of tears, and after coming over my initial shock so was I. I could not believe the ridiculousness of this man. Three months of abusing this woman came to an end with a few words from the men of her family. To think if a woman was able to command this power over her own life.

And here lies one of the many stories living in the underbelly of the fantasy-like wedding season. As much as I would love to live in this fantasy, I am reminded that the love we all know and experience is real and, like the many people it entraps, often complicated and sometimes twisted. This is the love I see when my cousins tell me of husbands that are coerced to them with a smile and guarantee of safety. In my dorm room, comforting friends from the hurt of clueless, heartless boys. Over the phone when my friend has now sworn off her boyfriend for the third time. And this is also the one that exists here in Sudan, just shaped and decorated to please the eye. I know that there isn’t a new kind of love to be discovered an ocean away in the city of Khartoum, but the weddings are hard to beat.

MURAM IBRAHIM B’22 is excited to publish her first piece with the Indy.