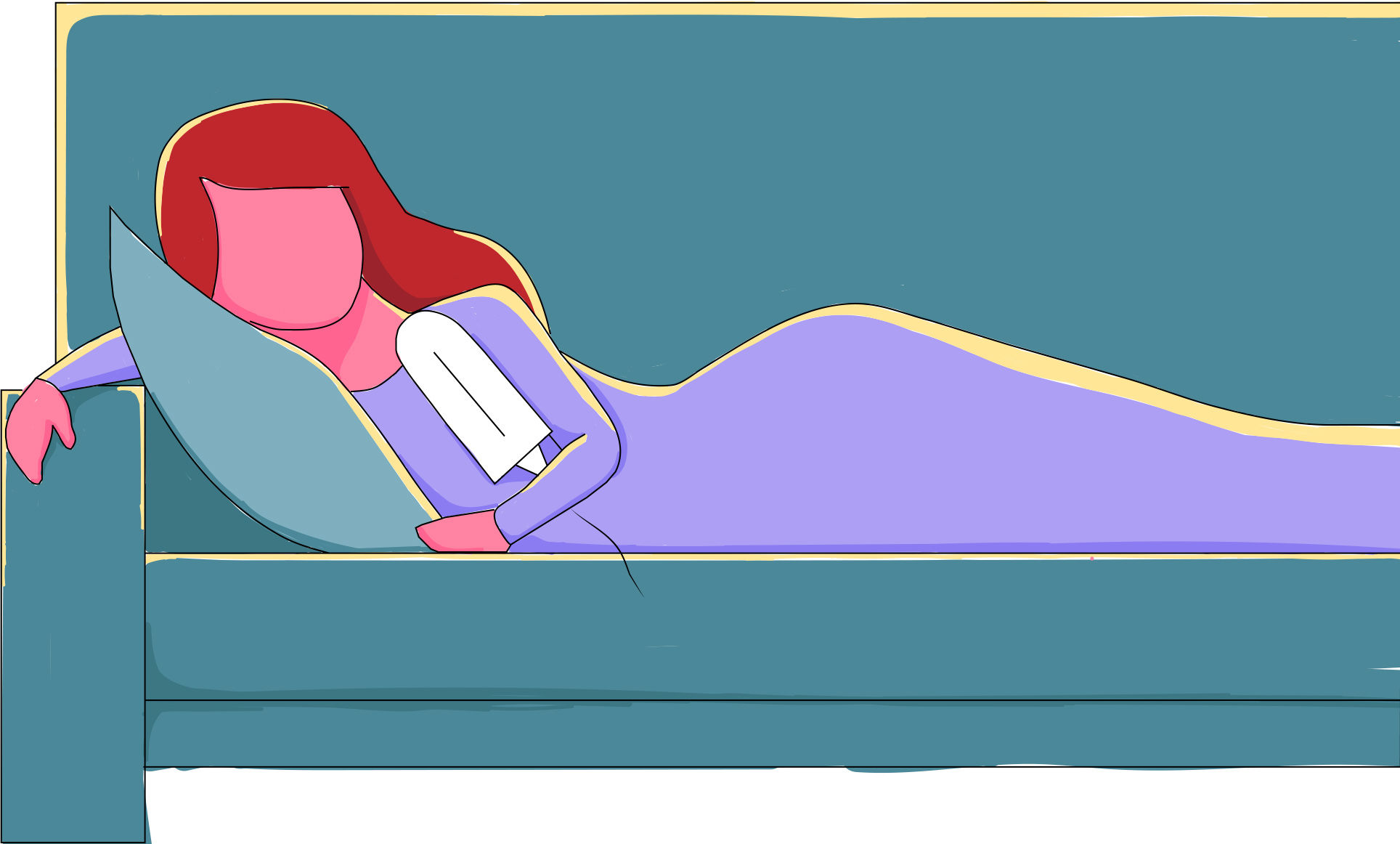 RED SCARE IN A RED STATE

Last week, with 112 votes in favor, none against, and one abstention, the Scottish Parliament passed a bill that will make Scotland offer free pads and tampons to all those who menstruate. Meanwhile, across the pond, a Tennessee lawmaker recently expressed concern that including period products in an upcoming tax-free holiday would encourage menstruators to hoard tampons uncontrollably. Not unlike cramps, the ignorance embedded in such a concern makes this Indy staff writer coil up in a fetal position.

Tennessee’s annual sales tax holiday, held at the end of July to coincide with back-to-school shopping, allows residents to purchase items without paying the usual seven percent sales tax. This year, Democratic Senator Sara Kyle introduced a bill to include tampons and pads on the list of tax-free items. Yet one politician just couldn’t seem to go with the flow. In a recent hearing, the bill faced pushback from Senator Joey Hensley, who follows an agenda that favors anatomy like his own. In the words of Hensley, “I would think since it’s a sales tax holiday, there’s really no limit on the number of items anybody can purchase.”

The Republican senator seemed concerned that once the tax is lifted, people might run up and down the aisles of stores, clearing the shelves and causing a blood-bath over the much sought-after packaged pieces of cotton. Joey, who has yet to sync up with the needs of Tennessean menstruators, fears that shelves would become depleted and dry, not unlike a used tampon—a discomfort he has never had to experience.

Among Joey’s other political contributions is a proposal to classify children born through in-vitro fertilization as illegitimate as well as a bill that would ban schools from discussing LGBTQ+ issues. It is not all that surprising that Hensley would express his concern with a tampon free-for-all. Perhaps Betty Friedan’s “problem that has no name” may actually be a problem whose name is Joey Hensley.

The logic of his opposition to Senator Kyle’s bill doesn’t even check out; it remains a mystery why Little Joey would lose sleep over the hoarding of tampons instead of the hoarding of any other tax-exempt item. He pays no attention to potential stockpiling risks of other tax-free items in Tennessee—Viagra for example. This is not to suggest that the senator might be engaging in some stockpiling behavior on tax-exempt items himself, but this proposition would also not be impossible.

To be fair, though, Joey is not the only one who is off-base with regards to periods and period products. Tampon commercials often make “that time of the month” look like the time of your life—clean, blissful, and always the occasion to play beach volleyball. Even with a growing number of menstrual product options, such as DivaCup and Thinx (underwear that can be bled into and cleaned by machine-washing), far too much period discourse is based on misconceptions that negate financial obstacles and make the bloody topic taboo. Additionally, as covered in an Indy literary piece a few years ago, NASA once asked astronaut Sally Ride if 100 tampons was enough for a week-long trip to space.

What is most notable, not to mention most concerning, about Little Joey’s comment is that it is not as unfounded as one might initially assume. His opposition to the bill incidentally points to the financial barrier of products that constitute a necessity for half of the population. Tennessee should, at the very least, sacrifice a slight erosion of revenue productivity for the sake of menstrual equality. And the state should do so not just for one weekend a year, but all year round—a move that a number of states have already made. Even so, when aiming to destroy the economy, the best (and bloodiest) approach would be to do so one tax-exempt tampon at a time. Or, alternately, Tennesseans could abandon such hoarding and start bleeding freely, which would instill fear in both the patriarchy and Little Joey in one fell swoop. 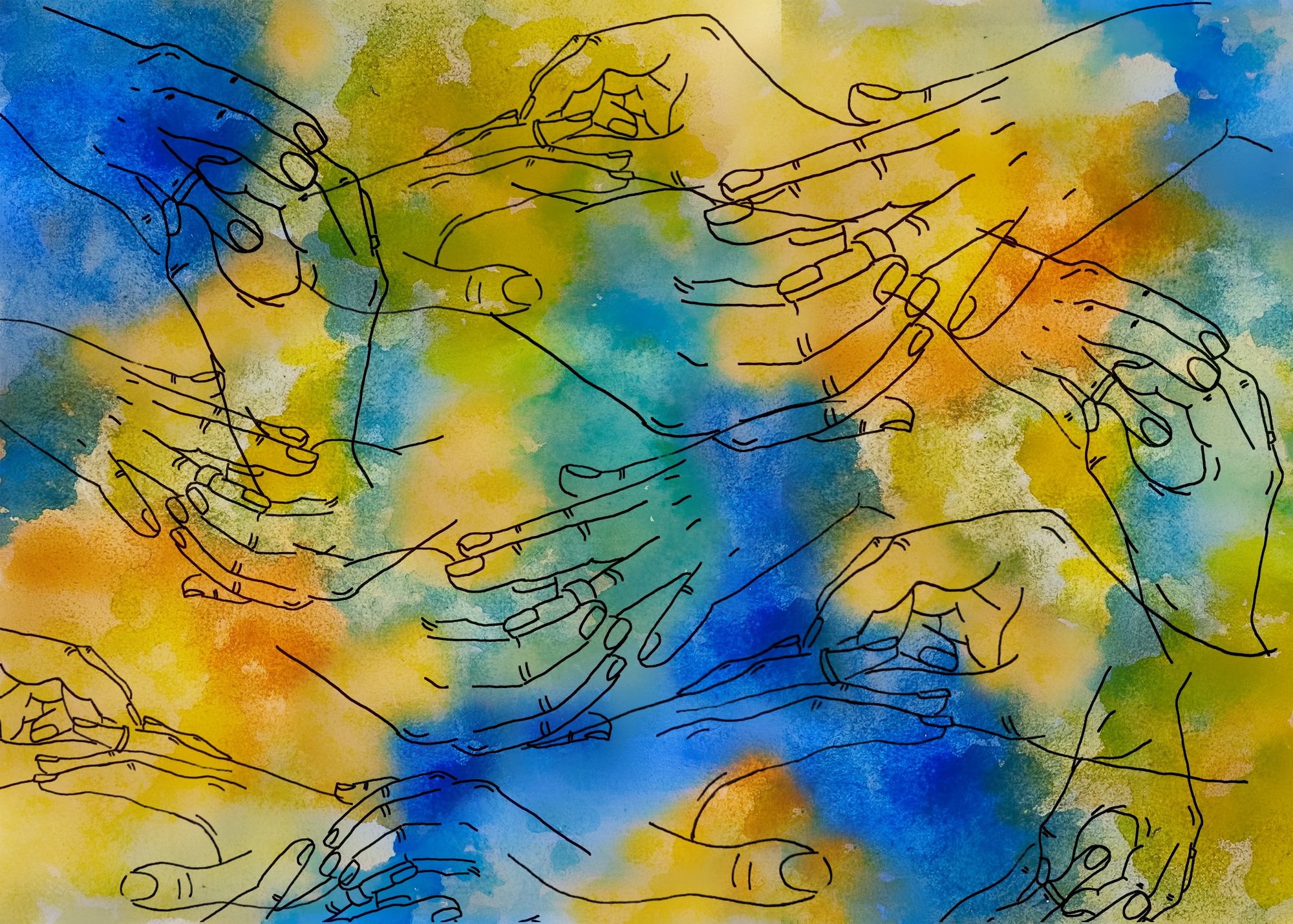 VIRGINIA IS FOR (YOUNG) LOVERS?

Oh Virginia, the birthplace of our nation, unless you’re not married. After decades of relying on deserted park benches, sandy beaches, claustrophobic bathrooms, and the backseats of their parents' cars, Virginia teens can now get laid in the comfort of their own homes without fear that the police will come knocking. As of March 4th, premarital consensual sex—previously considered a Class 4 misdemenaor with a fine up to $250 —is legal in the Old Dominion State.

Virginia’s fornication law was first enacted in 1950, as many Virginians were still mourning the days of secession from the North. Perhaps the law was imposed to maintain past traditional Southern values of loyalty (to the Confederacy), commitment (to Jim Crow) and gender roles (that disenfranchised most women).

Needless to say, throughout its 70-year history, this law has received minimal attention. Across Virginia, high school lovebirds and children born out of wedlock are living proof that the government has bigger fish to fry. As Democrats began to realize that their state was living a lie, they decided to squash the law once and for all. Introduced for the second time by Democrat Mark Levine, legislation to repeal the law was signed by Governor Ralph Northam this month. In 2018, Levine attempted to repeal the law but could not get the law past the committee.

Levine, affectionately known as Virginia’s “most sex-positive dad,” was one of the first to suggest the removal of this law, telling CNN, “We should not have laws that make most of the population into criminals.” Somewhere in Virginia, same-sex couples laughed in the background, well familiar with laws that criminalize people for loving who they love. Levine added, “Times are very different now than they were in the 17th and 18th centuries,” perhaps nodding to the oh-so difficult era before the invention of Tinder.

According to the Sheriff’s Office in Richmond, there were no fornication convictions in 2019. However, Levine suggested that fornication is often added onto other sex-related misdemeanors, such as public nudity—perhaps to increase the fine. “Charge the crime that occurred, don’t just pile on with things that shouldn’t be a crime anyway,” Levine said. May University of Virginia frat boys now streak across public spaces in peace.

However, the Virginia sex law has unfortunately come in handy for some. In 2003, Muguet Martin filed a complaint against her ex-boyfriend Kristopher Ziherl for failing to inform her that he had herpes. In response, Ziherl filed a demurrer, rejecting the accusations, justified by a 1990 case known as Zysk v. Zysk. This case concluded that if a person participates in illegal activity and is harmed while doing so, they cannot seek compensation for those injuries—taking “don’t do the crime if you can’t do the time” to a new level. Following the logic that she too was committing a crime, Ziherl’s defense argued that because Virginia banned fornication, Martin could not obtain compensation for her “injuries.” Ziherl's demurrer was sustained, resulting in the dismissal of Martin's suit. In the end, Martin appealed to the Virginia Supreme Court, which declared the fornication law to be unconstitutional.

While Virginia has left the chat, Idaho and Mississippi  have tightened their chastity belts. Today, a person in these states who has premarital sex could face a six-month jail sentence. Based on North Carolina law, men and women who “lasciviously associate, bed, and cohabit together” could be found guilty of turning their situationship into a relationship.

Although the fornication law generally had little impact in the last century, its invasiveness brings to question which legal constraints still exist and whom they victimize. Further, it exemplifies the ridiculousness of the country’s obsession over people’s bodies and privacy. While most of these laws aren’t enforced, it’s safer to get rid of them than have them resurface with the potential to set the country back decades. Luckily, after years of suffocating social norms, all Virginians, young and old, married and unmarried, can now hit it without putting a ring on it.