Week in Wiping vs Washing 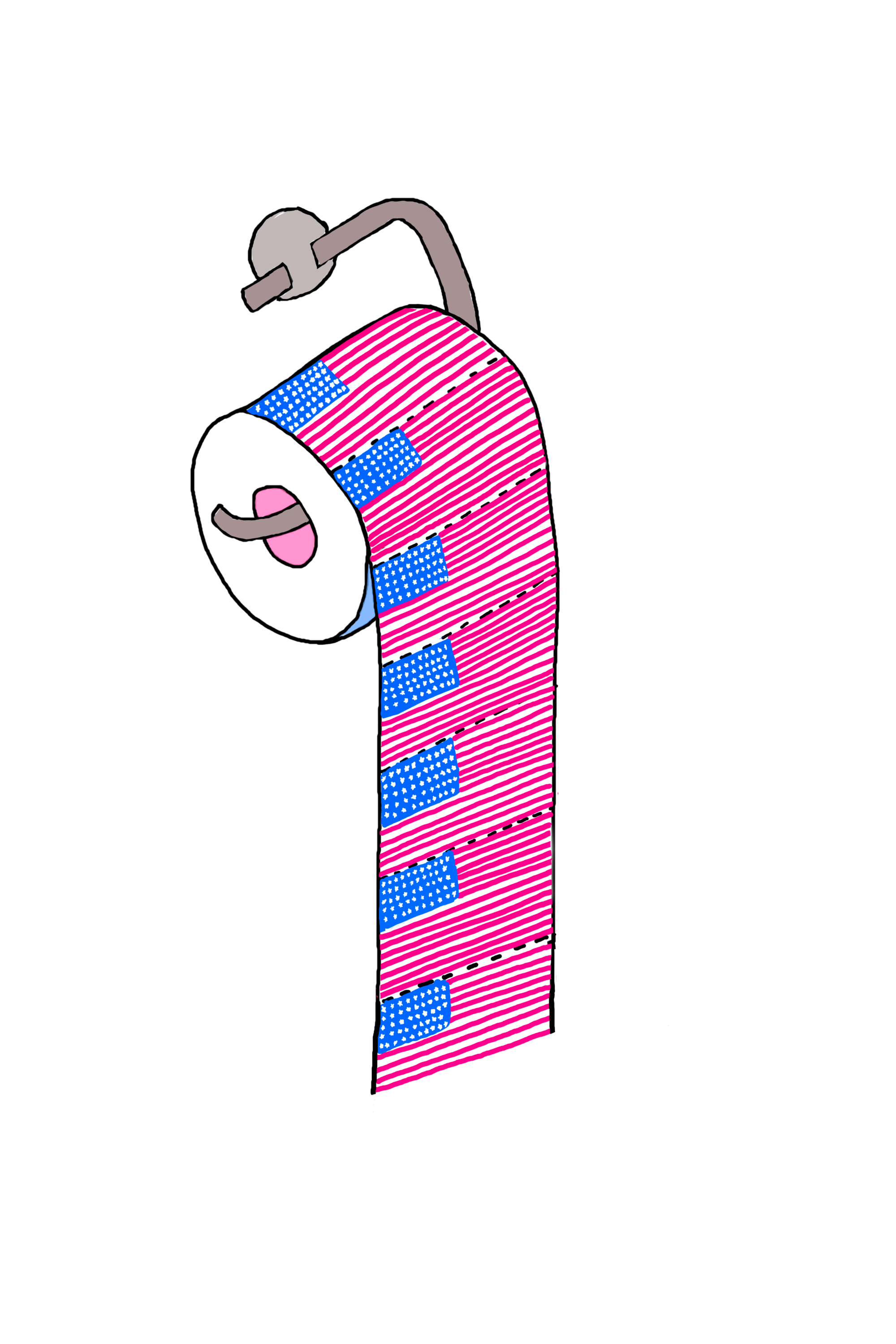 In an effort to prevent the spread of COVID-19 in the last few weeks, Americans have begun to pay much greater attention to their personal hygiene habits. While health officials have primarily stressed the importance of rigorous handwashing, one unlikely orifice may become cleaner as a result of the pandemic: the anus. As anxious Americans prepare for indefinite self-isolation by stockpiling toilet paper and creating an apparent shortage, some are looking to another method of sanitizing the sphincter. (The Indy preemptively apologizes for the dirty language.)

Purveyors of bidets (the bowl-shaped bathroom fixture used to wash the anus, genitalia, and surrounding areas after defecation or sexual intercourse) have made unprecedented sales in recent weeks. Some companies have even seen their sales increase tenfold. “We’re having a Black Friday–like day every day,” said Tom Lotrecchiano, co-founder of a company that makes “luxury bidet seats,” in an interview with People. James Lin, owner of e-commerce site Bidet King, told Wired: “If you want to practice better hygiene and social distancing, getting a bidet sent to your home is a no-brainer.” (This Indy editor is not sponsored by the bidet lobby.)

Originating in 17th century France, the bidet derives its name from the French word for “pony,” evoking the straddling technique for proper usage. In the typical design, a jet propels a stream of water onto the dirty area and washes away the undesired matter. When unwitting Americans encounter the elusive bidet in its natural habitat, observing its basin-like shape and lack of flushing mechanism, they often mistake the appliance for a urinal. But outside of the Land of Opportunity, bidets are actually quite common, used widely across parts of Europe, the Middle East, Africa, and Asia. Several European countries even legally require that any bathroom with a toilet must also contain a bidet. In Japan, over 70 percent of households have a “Super Toilet,” an electronic toilet with a built-in bidet, whose features include water pressure and angle adjustment, blow dryers, heated seats, massagers, deodorizers, and music to muffle the sounds of defecation.

Despite the popularity of the pleasant wash, the U.S. stands defiant, asserting its self-reliance and refusing to give up its right to wipe with disposable tissue. For most of the nation’s history, Americans have used paper products to clean themselves after defecating. Like many cultural customs, Americans may have inherited this reluctance to rinse our rectums from the English, who had come across bidets in Parisian brothels, and therefore associated the appliances with the supposed licentiousness of the French. (The participation of English men in that licentiousness notwithstanding.) A proud streak of American Puritanism and the notorious black legend of French anal hygiene have thus resulted in contemporary Americans’ repudiation of the bidet—according to a 2016 study by plumbing manufacturer Kohler, 53 percent of Americans still refuse to use one.

Many retailers, both in-person and online, have been cleared out of their toilet paper supply. However, manufacturers are assuring consumers that the shortage is only temporary—supply chains, which are largely domestic, have not been significantly disrupted by the pandemic, and production will soon be able to be able to meet the increased demand.

But the apparent scarcity has already driven some Americans to extreme measures in their noble quest to wipe. One woman looking to stock up gave birth in the toilet paper aisle of a Walmart in Missouri. Residents of Newport, Oregon have been calling 911 when they run out of toilet paper, prompting the town’s police department to remind them via Facebook status, “We cannot bring you toilet paper,” and adding, “It’s hard to believe that we even have to post this.” Though the Newport Police Department did not proselytize the bidet, it did advise some alternatives: “[H]istory offers many other options for you in your time of need if you cannot find a roll of your favorite soft, ultra plush two-ply citrus scented tissue. Seamen used old rope and anchor lines soaked in salt water. Ancient Romans used a sea sponge on a stick, also soaked in salt water. We are a coastal town. We have an abundance of salt water available.”

To anxious readers desperate for Charmin, the Indy has two reassurances: First, while many staple brands of toilet paper are still sold out or backordered on Amazon (at least as of April 8), novelty toilet paper printed with the likenesses of politicians of your choice is well-stocked. (Ethically-minded consumers might avoid Amazon if possible, but in these times, it may be the only option for some.) And second, in the extremely apt words of the Newport PD, “This too shall pass.”

But Americans’ steadfast loyalty to toilet paper might be biting us in the ass, hygienically speaking. Many health professionals agree that bidets offer significant health and sanitary benefits over toilet paper—not only do they clean bacteria more effectively, but they also limit the spread of infectious disease through person-to-person transmission of fecal matter. Rose George, author of The Big Necessity: The Unmentionable World of Human Waste and Why It Matters, advocates for bidet usage, explaining, “Using toilet paper to clean our anus makes as much sense as wiping yourself with a duster and imagining you’ve had a shower.”

Much like our fondness for toilet paper, the United States’ response to the coronavirus pandemic has revealed our nation’s exceptionalism, though perhaps not in the way the government might hope. In his March 24 press briefing, President Trump stressed his desire to handle this crisis “like an American”: “Our goal for the future must be to have American medicine for American patients, American supplies for American hospitals, and American equipment for our great American heroes.” He continued, “America will never be a supplicant nation.”

But Trump’s refusal to be a brown-noser—the Indy means no offense to the publication—by accepting dependence or guidance will have fatal consequences. If we insist on doing things the American way, from wiping our anuses to slashing our social safety nets, we are condemning ourselves not only to dirty derrieres, but also to a much more perilous national health crisis. So far, with a critical shortage of medical supplies, hospital beds, and tests; unparalleled economic inequality, racial segregation, and incarceration rates; and millions of Americans already uninsured and newly unemployed, health outcomes reveal that we are no better—and likely worse—prepared than other developed countries.

Meanwhile, in France, government wage subsidies have prevented mass unemployment; in South Korea, extensive testing and targeted quarantine efforts have significantly curtailed the spread of the virus. While correlation is certainly not causation, the Indy would like it to be known that bidets are very popular in both countries. In the coming days, weeks, and months, it seems like the United States will need a lesson in more than potty training.