"I Let The Establishment Into My Home" 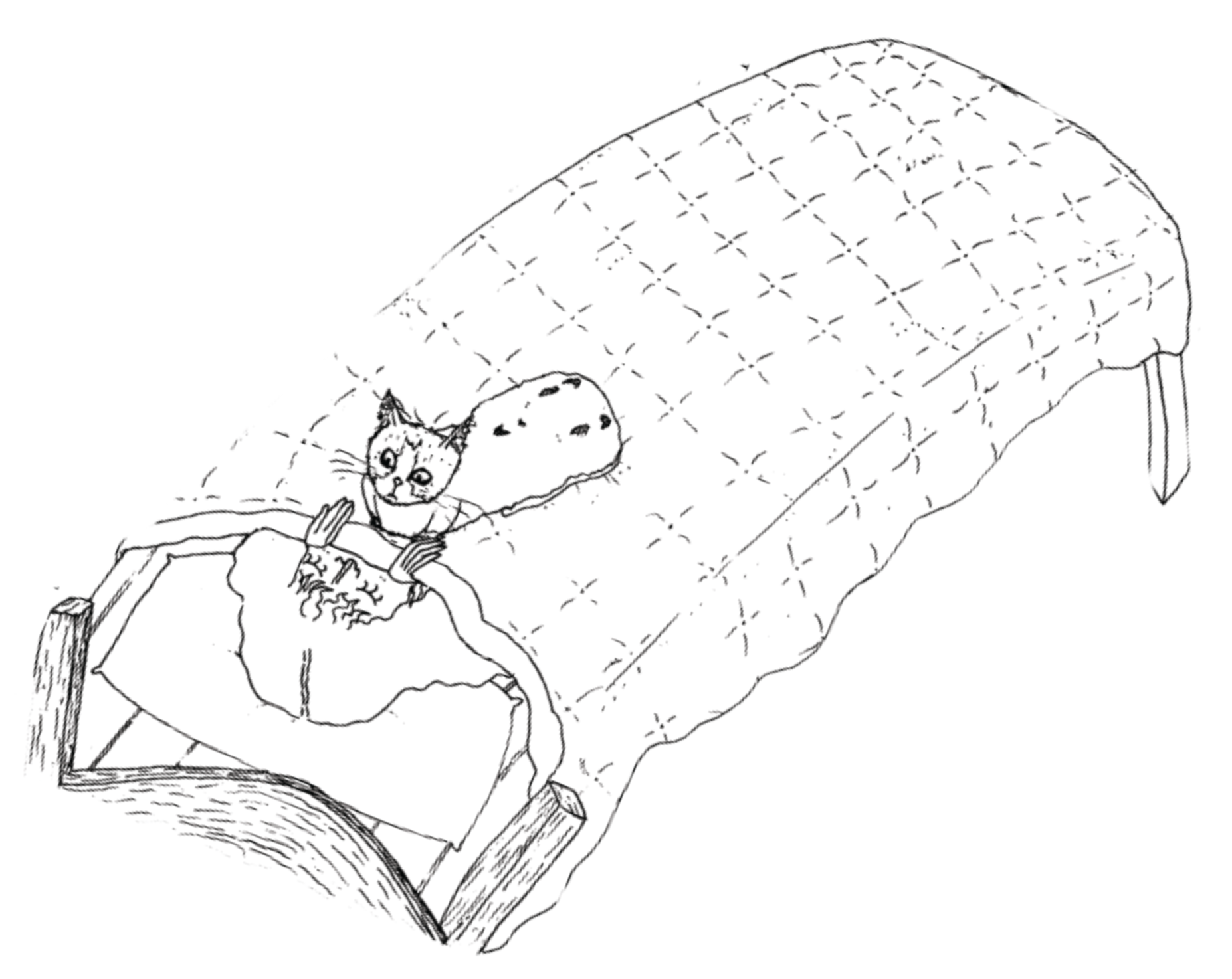 I live in the little blue house on Kim Street with my mommy, my dad, and our small feline overlord. His name is Cleo (though he is called by many, many other non-related names). Cleo is a fully white cat, with a light pink nose and light pink asshole to match. Sometimes his nose looks bright pink, like when he gets it wet or licks it, but usually his nose is a very pale pink that almost blends into his fur. His asshole, always on display, is also always the same type of pink.

The white bastard, like many other white and speckled-gray bastards, feeds on the emotional toil and labor of this hardworking brown immigrant family. He has been alive for all of one year, and knows nothing of the miseries we have suffered, the poverty we have overcome—He knows nothing of our history. Yet he lounges around the house like he owns the place, sleeps on cushions on top of cushions like he went and earned these luxuries. He can’t remember when we had to sleep on floors, or in the crack between beds, or out on the street. He sleeps on his petite cat-bed, which lays on top of a full-sized human bed. This cat uses beds on beds; obviously his perception of the world is a bit skewed.

Cleo can pick up a lot of minute things, sure. He can at times be a very smart cat—he’s figuring out how to open doors, for instance—but he fails to understand so many basic things. Us three humans all possess the ability to feed him, yet he believes only my mom can. He only ever bothers her, meows at her, climbs on her, even after watching me and my dad feed him many times. We each serve different roles, at least in his eyes. My mom plays the coveted food lady.

I’m not as weak-willed as my mom, perhaps that’s why. She’s scared to death of Cleo biting or scratching her, so she does whatever he says. I am not so scared. The little runt is 10 pounds, I could squash him if I sat on him. I don’t, obviously, but he knows that I think these thoughts.

At times, he is especially cruel to me. Everyday he wakes with the sun or the birds or whatever and insists on being let out of his bedroom immediately to prance around the house. After someone has tended to him and he is adequately fed, he makes his way to my room, where he meows until someone opens the door for him. Then he comes and sits on top of me, right on top of my diaphragm so I can’t breathe. He stares intently at my face, into my face, until I finally open my eyes and acknowledge him. When I say “Good morning, sir,” he says nothing, only looks deeply into my eyes, studying me silently.

Then he slaps me on the cheek and I feign shock and fear—all steps in our monotonous daily charade around each other. His eyes are full-black as he stares back at me. I close mine again, hoping in vain that he’ll let me sleep, but I know that he will slap again, and when he does, he nicks my eyelids with his uncut claws.“Ow,” I say, “You’re hurting me, Cleo.”

To this he will laugh, sardonically, and shift his weight so that his ample butt borrows directly into the convex pit of my diaphragm. His posterior comfortably seated, he will rise to his full height on his front two legs, painfully pressing into my breasts. I stupidly close my eyes again, then slowly crack open one eye to see if he is still staring at me. He is, and makes direct eye-contact with my tiny sliver of exposed iris. I see, roughly, a large white figure rising up and I know he is about to strike me again. I pull the blanket over my head, which enrages him; he attacks, he pounces and scratches and scratches at the part of my blanket where my face should be. His claws poke through the flimsy cloth and drag sharply against my face.

When I finally give in and sit up he slides off me like Jell-o and then sits at my side, looking up at me sweetly, so I pat him on the head while I glare at him. I look at the clock and it’s only 5:13 am. All the birds are up, this cat is up, so everyone in this house is up. This is the kind of bullshit he pulls every morning. But when I go to chase him, he skitters away and hides. I know he is just a cat, but sometimes I really do hate him.