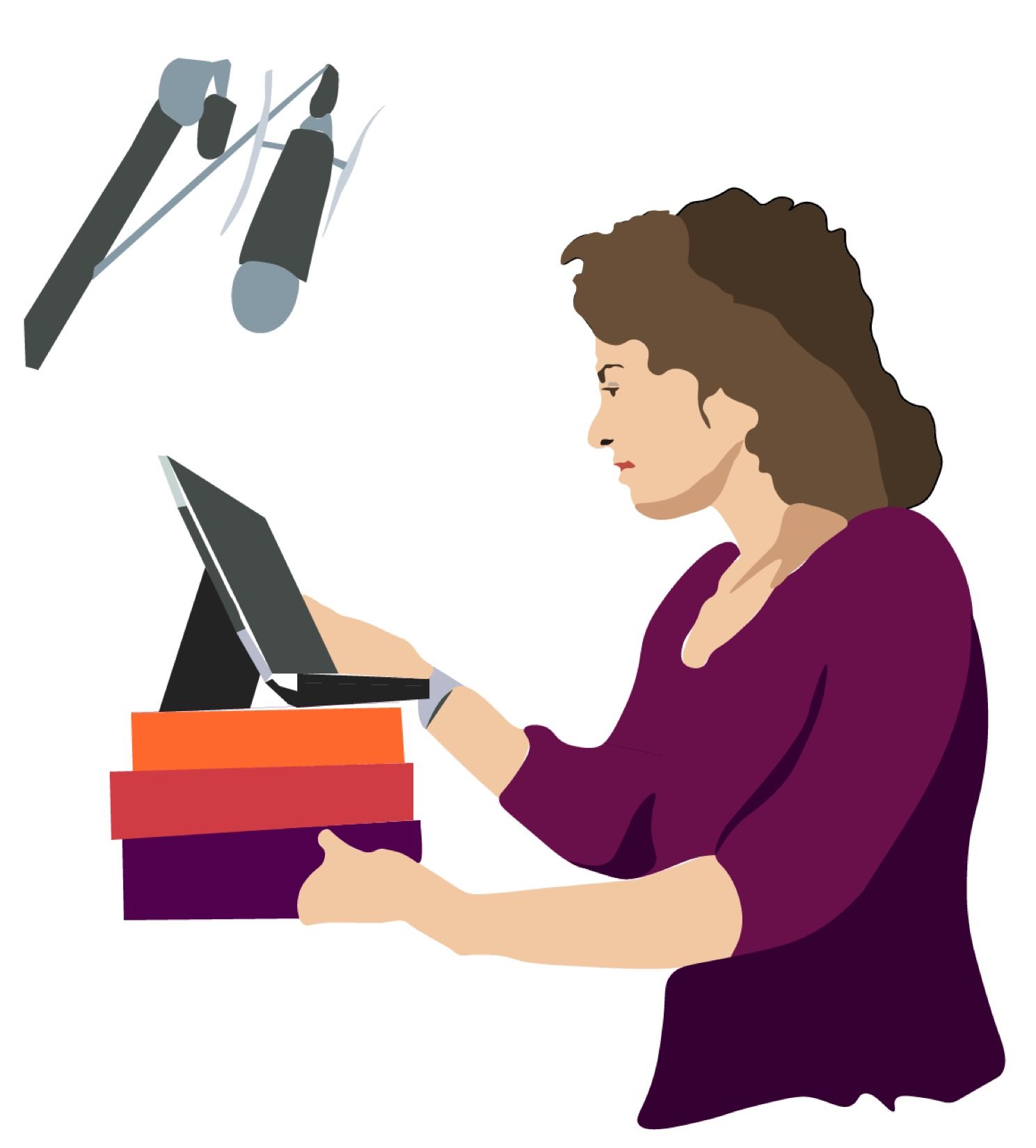 For Rebecca Gibel, the actor who played Sheila Bentley in Trinity Repertory's fall 2019 production of The Prince of Providence, the voice of Buddy Cianci's ex-wife is very grounded. It resonates in her molars and chest.

In a small room nestled above the glass dome presiding over the foyer of the Trinity Repertory Company theater, Gibel, who is 40 years old, explained that becoming Bentley required changing her vocal pitch.

“I use a lot more inflection and pitch and go up high in my voice and down low,” Gibel said, adjusting her voice accordingly. “My tempo is a little bit erratic, and her tempo is a little slower than mine,” she added, waving her arms as she spoke quickly, and then slowing down and keeping them to her sides.

The Prince of Providence dramatizes the life of Providence ex-Mayor Buddy Cianci, who served between 1975 and 1984, and again between 1991 and 2007. Cianci's flirtations with corruption and the time he served in prison for racketeering secured his reputation as the mayor Rhode Islanders loved to hate. The play, which opened in September 2019 and ran for just over a month, received widespread acclaim and will be revived by Trinity Rep in the summer of 2021.

Gibel, a trained actor and singer, tends to locate characters vocally before embodying them physically. Giving an onstage voice to Sheila Bentley, however, was particularly challenging—and not just because it was the first time she was playing a real person who'd be watching her perform from the audience. For decades, Bentley refused to go on the record about her personal experiences while married to Cianci, and Gibel was concerned she knew too little about the inner life of the woman she would  be bringing to life onstage.

Bentley was not unknown. As Sheila Cianci, she was a celebrity in the Buddy Cianci story, an iconic smiling blonde standing by his side in the pictures of his first term as mayor. She married Cianci in 1973 and changed her name back to Bentley after divorcing him in 1984.

But Bentley’s voice had never told the Cianci story, and Gibel knew that that this was the voice she needed to hear in order to do justice to her character. So she asked Mike Stanton, the journalist who wrote the book on which the play is based, to help her set up a meeting with Bentley. After an initial rejection, Bentley agreed to talk. She just started talking and telling stories. And I didn't realize how little she had spoken about it,” Gibel said. “I realized the gift that she'd just given me.”

In October 2019, Bentley went on the record for the first time, telling the Boston Globe that Cianci subjected her to domestic violence and psychological manipulation. In a radio interview with Bentley, WGBH host Jim Braude asked her what made her come out with the story now. “The meeting that I had with Becky [Gibel],” Bentley answered.

Bentley told the Globe that love died early in their marriage and was replaced by a fear that remained until Cianci's death in 2016. Why did Bentley trust Gibel with her story now?

Perhaps one answer is that Gibel approached Bentley the way she approaches all her characters: with the desire to understand them on their own terms. Over “Sheila-tini” vodka cocktails, the two women built a space where Bentley felt comfortable sharing her story.

The College Hill Independent sat down with actors and vocalists who knew Gibel at multiple stages of her acting career, all of whom described her as kind, welcoming, and very talented, which allows her to empower character voices that are not always a part of the mainstream narrative.

The relationship between Bentley and Gibel is an example of how art and storytelling can help people heal: While the play is not primarily about Bentley, her story would not have been publicized had the play never happened and the cocktails not been shared. Because Gibel showed Bentley that someone was listening, Bentley decided to speak up and add her voice to the story of Providence.

When they're not using their voice onstage, Gibel and her husband Charlie make ends meet by recording audiobooks. In the second-floor study of their home in the East Side of Providence, they have installed a mobile recording studio that looks like a soundproof telephone booth. They can each spend hours in the small booth, where the interior is decorated with a stuffed elephant, a talisman of a female storyteller, and a portrait of Gibel's grandmother from World War II.

For each audiobook, Gibel puts two to three hours of work into every final hour of narration. When faced with a new project, she assigns a different color to each character and highlights their name in that color throughout the manuscript. Anything that the author says about a character's personality, vocal quality, or origins is very helpful at this stage. “That helps me build a character voice so I know their identity.”

For her current project, Gibel is working on developing the voice of an old woman named Nora, whom the author compares to Carol Channing and Ethel Merman. Sitting inside the recording booth, Gibel plays a grainy YouTube video of a Carol Channing interview, listening carefully. She will use that as a template to construct Nora's voice. “You hear her voice, right? I've got to kind of figure out a way to make that sustainable.” Holding her trunk in the posture of an older woman, Gibel begins narrating. “Be a darling and drive my car down to my designated spot,” she says before adding, in a pleasant narrator's voice: "Gold booties clicking across the sidewalk, she reached out to shove a tip into his hand."

In 2013, Gibel recorded the memoir of a sex surrogate named Cheryl Cohen-Greene. Green was alive at the time the audiobook was published, and it was the first time Gibel had performed the voice of a living person before taking on the role of Sheila Bentley.

In constructing Cohen-Greene's voice, “I didn't want to cloud her personhood with my interpretation and my performance,” said Gibel. Her goal was to let the audience hear this woman's voice, while also letting them construct their own interpretation of what Cohen-Greene sounded like, mimicking the experience of reading a book.

This was slightly different from what Gibel wrestled with when constructing the fictional portrayal Sheila Bentley. While Cohen-Greene wrote a memoir on her own terms, Sheila Bentley was just one of many supporting characters in The Prince of Providence. Gibel faced two pressures: knowing that Bentley was going to see it, and staying true to the plot and purpose of the play.

Bentley's voice would have been different had Gibel been narrating an autobiography: “The play dealt a lot with the confrontations between her and Buddy, so a lot of times we were seeing Sheila in these imagined and heightened confrontational moments.” In daily life, Bentley “doesn't fly off the handle all that much. And so I think I would be able to capture that measuredness and that poise better.”

Audio storytelling not only made Gibel think differently about how to construct characters; it also built up stamina and resilience of her voice. At some point after graduating from Brown University's MFA Acting program, she was living in New York and performing in musicals. She'd belt through the night and try to record during the day, and “It was sheer terror whether or not my voice was going to last.” For the past three or four years, however, her voice has become “steel,” which she attributes to hours of narrating and trainings she received from Thom Jones, head of voice and speech at Trinity Rep, and Kurt Robinson, a voice instructor at NYU's Tisch School of the Arts.

When a colleague first directed her to Robinson, it was an epiphanic moment. Over the course of the two lessons they had together, he taught her how to produce a healthy belt by using her voice in an efficient way that “is actually making your voice stronger.” Her meeting with him also carried a surprisingly nostalgic discovery—the two of them had gone to middle school together but had fallen out of touch over the years.

As middle schoolers in Albuquerque, New Mexico, Robinson remembers Gibel as being talented and also kind. "She's always had this bubbly personality that she still has as an adult," he said. "It's like she's constantly on caffeine. She channeled that bubbly energy into her art."

Gibel continues to combine talent with kindness in her work today. Not only does her acting and singing voice have brilliance, power, projection, and resonance,  “She's also able to sing with dynamics, and that's almost more important than anything else.” The ability to do this stems from her intelligence and empathy, through which she's “able to make different colors and different dynamics in her voice that help her be communicative and tell a story.”

Gibel first came to Providence in 2007 as an acting student at the Brown University/Trinity Rep program. During her first year in Providence, Gibel shared an apartment on Federal Hill with actor Lizzie King-Hall, then a third-year student in the same program.

The three-bedroom apartment where they lived had been handed down by generations of MFA students. In King-Hall's own description, “It was a dump.” In order to save money, they would turn the heat off at night, and there was one room that got so cold that no one wanted to sleep there, so it was permanently closed off. There was no microwave in the kitchen. The floors came in five different colors of linoleum. King-Hall's first interaction with Gibel took place in the apartment's kitchen. During entire conversation, Gibel never sat down, she just kept walking—at some point, she laid down on the floor and started rolling around to illustrate her point about how horrible something was. “She is so vital and fully physical,” King-Hall said.

After graduating from the MFA program in 2010, Gibel worked on other acting gigs around the country before returning to Providence as a full-time member of the Trinity Repertory company in 2014. "She is still an anchor at Trinity Rep," King-Hall said.

Gibel and her husband Charlie, also a graduate of the MFA program, have found “an artistic home” in Providence. “There's her marriage with Charlie, but also her marriage with this company, these people, season after season, year in and year out.”

You can see how Trinity Rep has become Gibel's home. As she walks around the building, everyone who hears her voice stops to say hi, many of them reaching for a hug—grad students and program directors alike.

Gibel sees the relationship between Trinity Rep and its audience as an embodiment of the power of local art: “We're members of each other's communities.” It was this kind of local theater enviorment that made it possible for her and Sheila Bentley to enter each other's orbits in a lasting way.

When The Prince of Providence opened, Gibel was “really afraid that she would feel betrayed, because she'd let me in.” However, when asked on WGBH whether she thought Gibel did her justice, Bentley answered: “Amazingly so. Just... eerie.”

Since the show ended, the two women have stayed in touch and grown closer. They often talk on the phone. They went to see the opening of Trinity Rep's A Christmas Carol together last week. For Gibel, “It's become this really surprising and meaningful friendship.”

CLARA GUTMAN ARGEMÍ B’22 hopes she will be in Providence in the summer of 2021.