A Love Letter to Spontaneity 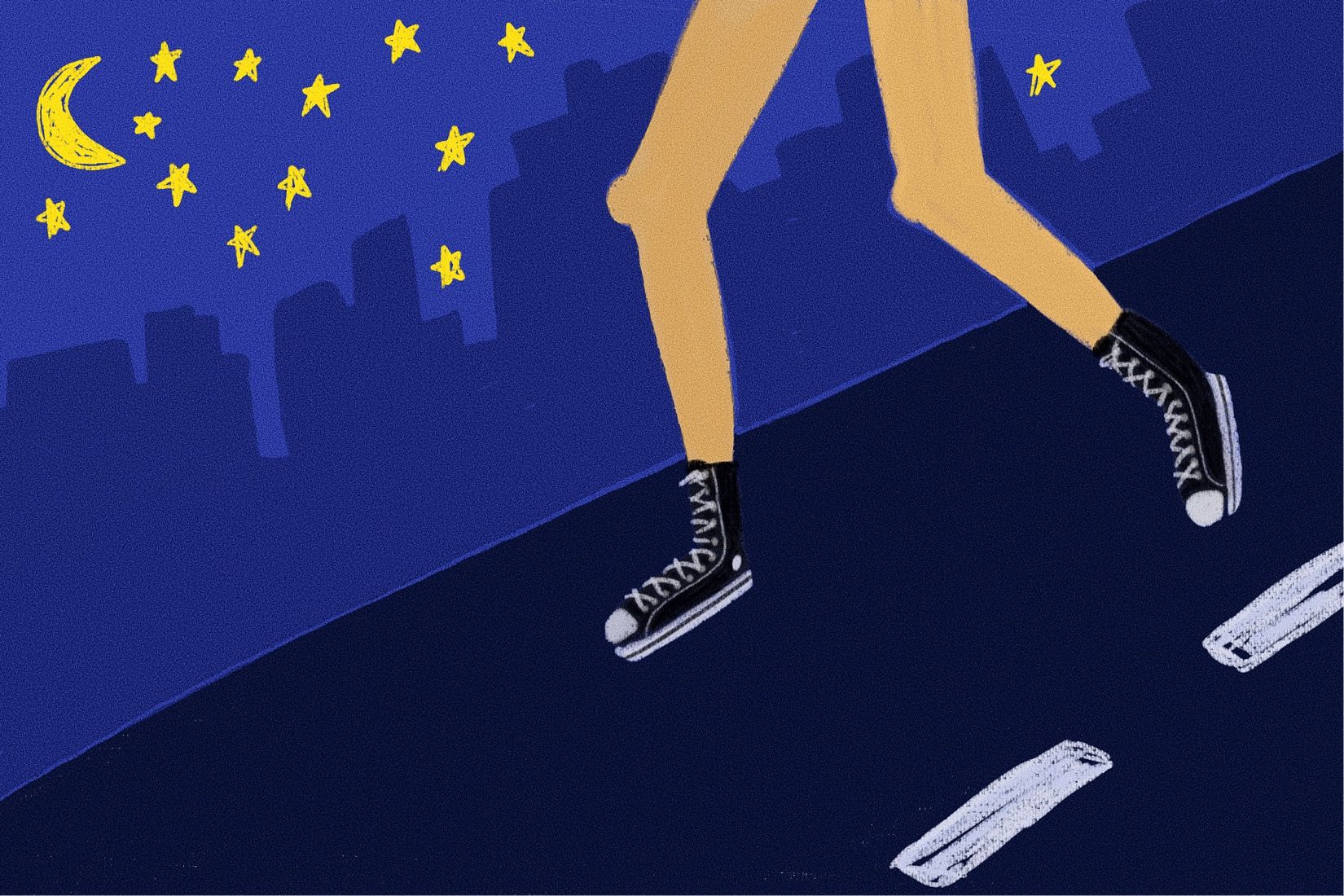 My friend is a chronic soul-searcher. His favorite pastime is to sift through the empty shells of people around him, trying to rationalize their thoughts, movements, judgements. He’s easy to pick out in a crowd: all limbs, light brown hair, a teasing sideways smirk, high-top Converse. He walks with purpose and seems to always be listening to music. Sometimes he asks me where I see myself in ten years: a lawyer, a schoolteacher, a psychologist maybe. But his answers are always better than mine: a boxer, a film-maker in Hollywood, a successful novelist, Mark Renton from Trainspotting, a professional stoner.

I’ve known him for only four years, but it’s like I’ve known ten iterations of him. He blindly follows his wild fantasies and connects more deeply with the people around him than all the blubbering, surface-level try-hards I know. And when he finds something he’s passionate about, he’s relentless. Because he diverges from the norm, he teaches me more about life than anyone else. He once wore a pink bathrobe to school for a whole week because he felt spiritually connected to Edward Norton from Fight Club. When Oreos were his favorite food, he patented “Oreo dip,” separating and microwaving the fillings, then sinking everything in the kitchen into his concoction, from pumpkin pie to carrot sticks. During his running phase, he would sprint shirtless downtown at midnight. When he was obsessed with rock-climbing, he would punch tables and walls to make his hands stronger. He wrote 2,000 words a day for a month, certain he was going to finish a novel. He watches a new movie almost every day—swearing that each one is the very best one he’s ever seen—and he falls in love with every girl he meets.

Almost all mothers who have ever met him call him Huckleberry Finn: a “lost boy” who “needs to find himself.” But if you ask me, they’re wrong. See, the thing is, I’ve never come across a surer, more directed human being. Someone who is so immersed in the present and so enamored with everything around him. People are drawn to him because he doesn’t sugarcoat his ambitions and he disregards caution. Mothers look at him and get scared. They’re scared of what he is and what they aren’t. In his very rawest form, obsessive, bold.

I feel a little sorry for these mothers. My grandmother, for instance, has a spotless kitchen and impeccable, tall children who all have practical degrees: accounting, nursing, engineering. The woman I babysit for doesn’t let her kids drink water in their rooms and her idea of dessert is a bowl of multi-grain cereal. Crippled by routine, they shy away from cognitive dissonance, internal inconsistency. I’m aware that it might not just be their pure fear of impulses. They may be stifled by things like gender standards, anxiety, or a need for things to stay the same. Whatever the reason, they strive for perfection, but in the process, they lose sight of the beauty that exists in ambiguity and the romance in spontaneity.

Maybe they have never experienced life outside of their comfortable, engrained consistencies. They don’t know what it’s like to skip school and go rock climbing or pour their souls out in long car rides down Colfax Street. They’ve never pulled an all-nighter for no reason other than to be able to say they’ve “woken up with the city.” Never obsessed over the French language to the point that they were rolling around on the floor, moaning with enthusiasm. Never eaten the leftover food off all the plates in a restaurant and then left. Never punched a boxing bag so hard their knuckles bled or walked buck-naked around their houses just for the fun of it.

I like to think it’s not too late for my grandmother and babysitting client to live like my Huckleberry Finn, to experiment with the love affair of life.

It’s sad, but even while I mock them, sometimes I find that I have more in common with these bland people than I want to admit. More often than not, my friend will call me to go for a midnight drive and I’ll decline because of my history test the next day. I won’t get my hair wet at the pool because I’m embarrassed of how messed up it will look after. My idea of success is a flawless report card or a clean room. People describe me as “nice” and “patient” and “consistent.” But I don’t want to be “consistent.” I would much rather be wildly inconsistent: fail a test, eat two large pepperoni pizzas for breakfast, or shout at the top of my lungs to the boy in my Political Foundations class about how amazing I think he is, how I wouldn’t mind marrying him.

In his poem “Happiness,” Carl Sandburg searches for the meaning of life. He asks professors and executives where to find happiness and they all shake their heads at him with pity. Ultimately, Sandburg finds what he is looking for not in an answer from a renowned expert, but when he happens upon “a crowd of Hungarians under the trees with their women and children and a keg of beer and an accordion.” Sandburg revels in their unpredictability, finds solace and happiness in their freedom of will. I have experts all around me—teachers, coaches, counselors—but it’s my capricious friend who can answer these questions for me.

When we think about it, inconsistency exists all around us: in nature, relationships, arguments, musical compositions, scientific theories. A blizzard freezes cherry blossoms in the middle of spring, a jazz piece has contradictory melodies, or a long-standing scientific principle is disproven unexpectedly. The challenge lies in committing ourselves to these inconsistencies, in not letting our insecurities and prejudgements stop us from exploring. Rebelling against stratification, resisting the urge to map out every route to success. Striving to discover what drives us, embracing discord, and following our inclinations. My friend does this better than anyone I know. Some nights, as I hunch over my homework, I’ll wonder what he’s doing at that moment—joyriding down Seventh Avenue, maybe, or sitting on the toilet for hours listening to Marvin Gaye.

The other weekend, we sat outside his house in my rattling 1999 Toyota Camry with the windows down and the heat blasting. We didn’t drive anywhere. We just sat—for four hours. We talked about our parents, our brothers, death, miracles. The last thing he said to me was that I just had to listen to the Cocteau Twins’ album, Heaven or Las Vegas. “It sounds a lot like The Cure, but it’s religious, spiritual—probably one of the best experiences of my life. Every time I listen to it, it changes my perception of the world.”

I’ve only known him for a few short years—but every time I hear him say something like that, I hear his life change. He believes in the beauty around him so much that he allows it to change him. He doesn’t settle for comfort. His openness to the ephemerality of life shows me that there is another way to live. And the thing is, I’m afraid of what my life will be like if I don’t live like him.

NELL SALZMAN B’22 wants to wear a pink bathrobe for a week straight and eat pizza for breakfast.