The Independent's guide to the candidates 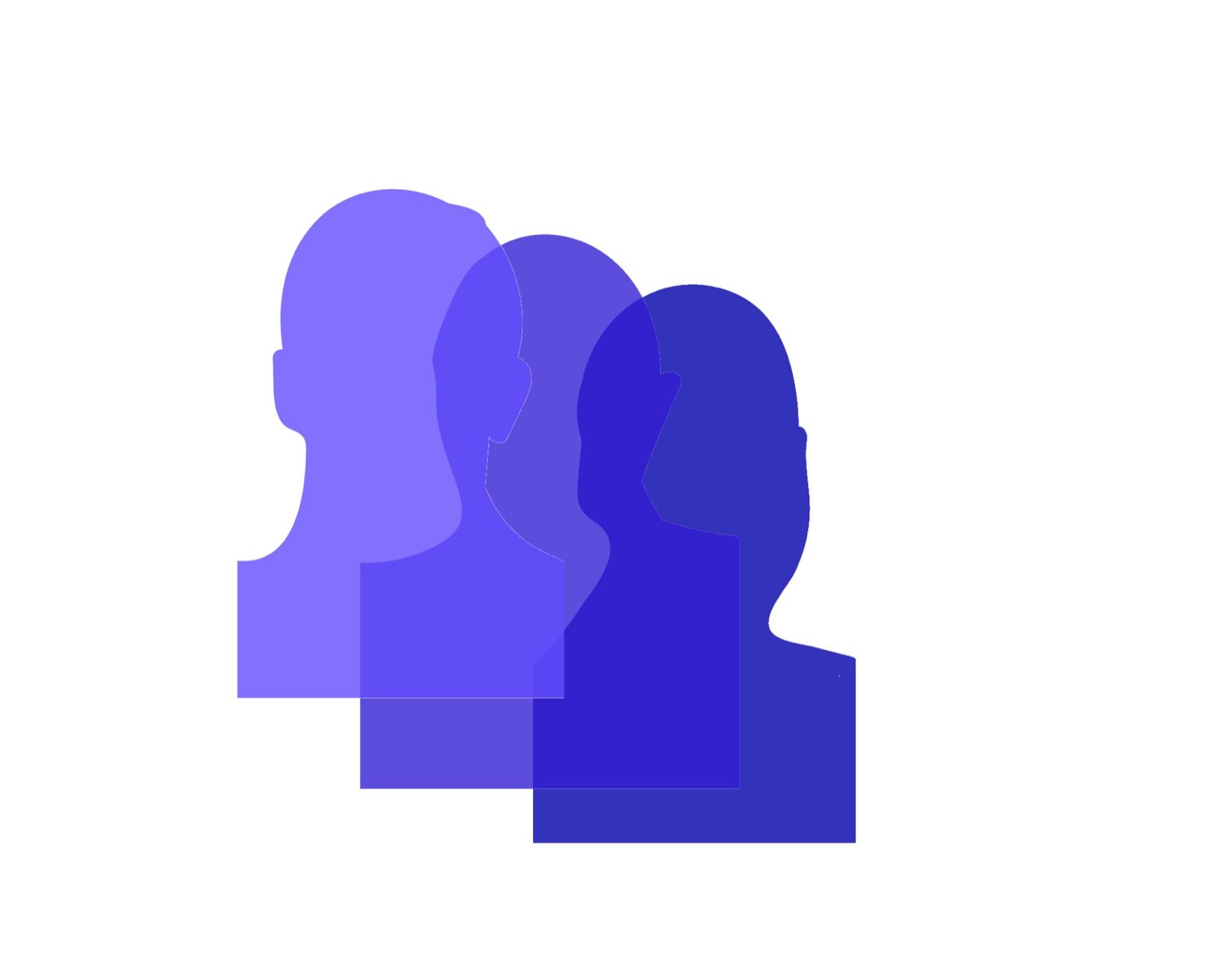 Blue, yellow, and white campaign signs mark homes and businesses up and down Wickenden Street in the Fox Point Neighborhood of Providence, where three Democratic candidates are running in a special election to fill the Ward 1 City Council seat vacated by Councilman Seth Yurdin at the beginning of January. Ward 1 includes parts of Downtown, the Jewelry District, and the Fox Point neighborhood. The winner of the Democratic primary on March 3 will go onto the City Council, as no Republican candidates filed to run.

The Democratic candidates running to replace Kurdin—John Goncalves, Nick Cicchitelli, and Anthony Santurri—care about local issues unique to their backgrounds, such as schools, development, and small business, but the most controversial topic of debate is a progressive tiered property tax plan that was proposed by members of the Providence City Council last summer. That proposal, which called for an increased property tax rate on real estate valued above $350,000, was shot down after strong opposition from East Siders who thought it placed an unfair tax burden on their area and was done at the last minute. Still, it started a conversation that all the candidates have engaged with about whether the East Side—the wealthiest part of the city—has a responsibility to pay their fair share. The positions of all the candidates are shaped by the reality that Ward 1 is full of wealthy residents, most of whom don’t want their taxes raised, period.

Here’s the Independent’s guide to the candidates.

Nick Cicchitelli grew up in Johnston, Rhode Island. He’s a nine-year resident of the Fox Point neighborhood, where he owns real estate that he rents out to young professionals and graduate students. In his interview with the Independent, Cicchitelli stressed his experience working within Ward 1 and with the Fox Point Neighborhood Association, as well as his broader political experience. He’s in the second year of the presidency of his neighborhood association and has sat on its board since 2016. Cicchitelli also has masters degrees in political science and public administration from the University of Rhode Island and has worked on state Demcoratic campaigns in the past. He claims that these experiences strengthen his candidacy for City Council.

“There’s a lot of institutional knowledge and memory coming off the City Council at once,” said Cichitelli, referring to the fact that half of the City Council seats will be open in 2022 due to term limits. “We want to make sure the person going there is qualified, a person who knows the history and depth of the issues facing Fox Point and the Ward.”

Cicchitelli strongly opposes the council’s prior attempt at a progressive tiered property tax. This tax plan, he said, as proposed by the council, targets the East Side unfairly, using a “false logic” that all the residents of the ward are capable of paying a higher tax regardless of their individual circumstance.

“This is not something we can do with lip service and platitudes,” said Cicchitelli, who added that the city needs to consult with more experts on municipal tax reform. “We need to continue to take a look at other cities and see what’s worked elsewhere.”

On the relationship between Brown University and the city of Providence, Cicchitelli was adamant that he wanted greater financial contribution from the University to the city. He believes Brown should be taxed on all its property that is not fundamental to its academic mission, such as off-campus housing.

“It’s pathetic that you have a wealthy university three blocks away from a crumbling school,” said Cicchetelli, referring to the struggling Providence Public School District. “I don’t want to downplay Brown’s contribution to the city, but the problem is that what they’re actually paying in the budget, the $6.3 million they are paying now, just pales in comparison to what it could or ought to be.”

As for changes that could be made to the Providence Public School District, Cicchitelli said that the current teachers union contract needed to go, but any improvements would have to be followed by a raft of other changes.

He also stressed that he would like to see biking play a larger role in Providence’s future in conjunction with the city’s proposed Great Streets plan in order to combat climate change and move the city away from relying only on cars. Affordable housing was also a priority for Cicchitelli; he said that the city needed to incentivize private developers to build more housing via Tax Stabilization Agreements and tax credits, as well as providing better funding for the Providence Redevelopment Agency, which refurbishes derelict homes.

Asked where he stands on the progressive-moderate spectrum that is captivating national Democratic politics, Cicchitelli said he’s not as progressive as Sanders or Warren, but more progressive than the moderates in the national race, such as Biden.

Of all the candidates, John Goncalves has the deepest roots in Ward 1. He grew up in Fox Point and attended public school in Providence, and later the Wheeler School and Brown University. After spending a few years working as an educator and being involved in Democratic politics in Minneapolis, Minnesota, he has returned to his hometown of Providence. Now he works as a fourth grade teacher at the Wheeler School and is involved in organizing around neighborhood issues, such as opposing the progressive tiered property tax. He also serves on the board of the Fox Point Neighborhood Association and is one of the founders of the Providence Coalition of Neighborhood Associations, a coalition of 30 different neighborhood associations throughout the city. As an educator and the only former Providence Public Schools student in the race, addressing the struggles of the Providence Public School district is a priority for Goncalves.

Goncalves is also against the progessive property tax issue that's been a concern of all the residents. He was involved in organizing East Siders against the tax proposal last summer, and after that fight, he was appointed to a city council special commission studying the issue. On most other issues, however, Goncalves is unabashedly progressive. He said that affordable housing was deeply personal to him, after his family was forced to move out of the Fox Point neighborhood due to gentrification, the expansion of the I-95 highway corridor, rising living costs, and the “expansion of local institutions.”

“When we think about development, how can we encourage smart development that doesn’t push people out of their neighborhoods?” said Goncalves. To this end, he’d like to see a bill passed outlawing Source of Income discrimination by landlords, and that the city should develop smart zoning practices and fund more affordable housing oppourtunities. Goncalves has been endorsed by Housing Opportunities for People Everywhere (HOPE), a Brown University student group that advocates on behalf of people experiencing homelessness. Like Cicchitelli, Goncalves also wants non-profits like Brown University to play a bigger role in Providence’s financial well-being.  Goncalves sits on the Brown Alumni Association Board of Governors.

When asked how he squared his progressive values on housing, schools, and smart development with his opposition to the progressive tiered property tax policy, Goncalves said, “It wasn’t about not trying to help the most vulnerable amongst us, it was about how this was introduced at the 11th hour.” The progressive tiered tax plan was introduced by the City Council last summer only a month before property tax bills were to be sent out.

Goncalves is also the only candidate to have signed the Green New Deal pledge and has been endorsed by the current mayor of Minneapolis, Jacob Frey.

Anthony Santurri is a local nightclub and bar owner who says he can use his experience with his small business on the City Council. He has lived in Providence for over 30 years and in the Downtown section of Ward 1 for the past eight. Santturi was a founding member of the Downtown Neighborhood Association and currently serves on the Jewelry District Association. Along with Goncalves, he helped organize the Providence Coalition of Neighborhood Associations. He owns the Coliseum Nightclub and the Free Play Bar and Arcade downtown. When asked by the Independent what makes him a contender for the council, Santurri maintained that his ability to control his own schedule, his small-business acumen, and his ability to build partnerships are unique amongst the candidates.

“I don’t over promise,” said Santurri. “I’m not promising that I can do this or that. What I am promising is because I own my own business, I have control over my time…. This is not a part time job, this is a full-time job.”

Santurri is also against the progressive tiered property tax because “it’s unfair to assume that someone who has a home for $500,000 should be paying more in taxes because we assume that they have the money.” Santurri said that while he is not for the plan in its current form, he is open to further discussions on it.  He said that there are other revenue streams that the city could look toward, but the city’s whole tax burden shouldn’t be “laid on the backs” of East Side residents. He also said that he’d like to see Brown and other non-profits begin to pay incremental tax increases on new property they buy in order to make the real estate market between non-profits and private developers more competitive.

On the issue of affordable housing, Santurri makes a similar pitch, saying that the city needs to look at a number of different routes to try and build more affordable housing. “If we only throw money at it, that can only go so far. If we do TSAs that can only do so much,” said Santurri, referring to Tax Stabilization Agreements that can be used to incentivize developers to build in Providence. “I want someone who lives in the city to tell me, this is what I can really afford, and then work from that.” Santurri stressed the role that he thinks charitable individuals can make through donations of time or money to causes like affordable housing and the development of the Providence Public School District.

Asked about whether he was a progressive or moderate, Santurri was clear. “I’m not a progressive,” he said. “In my life, I’m a centrist. I’m moderate. I believe that we need a strong financial base in order to execute all the social programs we would need to ensure quality of life. One reason I think we’re in a bad position with schools and housing and infrastructure is because we haven’t had that strong financial base.”

Santurri stressed his commitment to public safety and the relationship he’s developed with the police from working at his nightclub and bar. He said that the Providence Police Department should be expanded to 450 officers from the current 415 so residents can feel safe in their community.

“I have learned more about what my city and my community wants in the six weeks of running for office than in 10 years of being on neighborhood boards,” said Santurri. “I thought I knew a lot, but now I really, really am understanding things. That’s going to stay with me, win or lose.”

The Democratic primary for Ward 1 will take place on Tuesday, March 3rd.