On the Student Radical

An interview with Paul Buhle 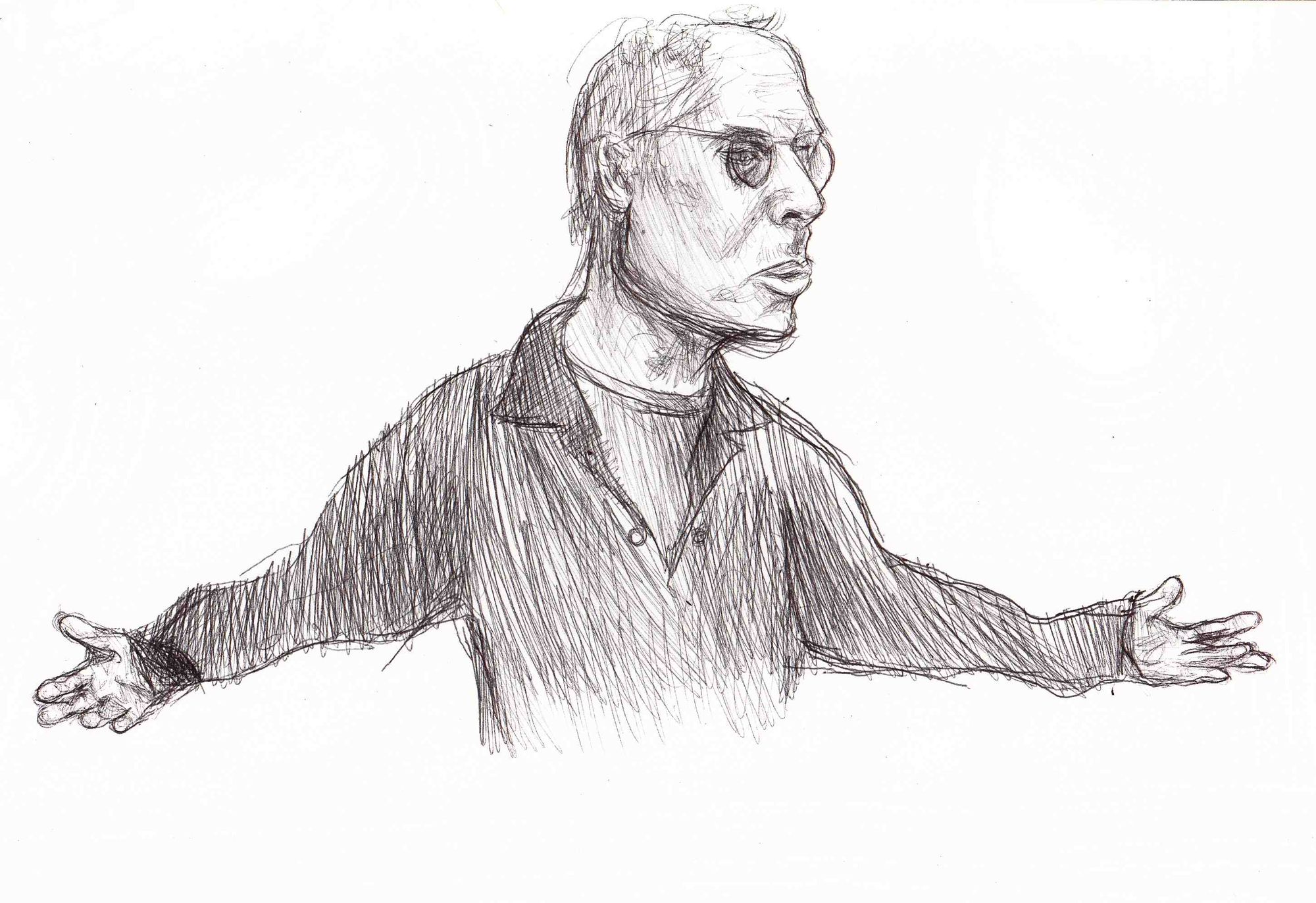 PAUL BUHLE'S OFFICIAL PHOTOGRAPH shows him mid-rant, arms out to either side, mouth open as if mid-sentence. His life work screams radical. A native of Champaign, Illinois, Buhle first got involved in protests as a student in high school in the 1960s. He remained an activist in college, when he got involved with Students for a Democratic Society, the decade’s most promising but short-lived radical social justice student organization. He continued down academic halls, writing his doctorate thesis on Marxism in America. He moved to Providence, Rhode Island, in the 1970s when his wife, Mari Jo Buhle, was hired as a professor at Brown, thereby granting him a courtesy appointment. In 1992 he became part of the Brown faculty, teaching classes on local oral history, the 1960s, and Brown’s history, among other things. Today, he’s a Professor Emeritus of History and American Civilization.

His most recent work, Radical Jesus, is “anything but the comfortable gospel of wealth,” according to one reviewer. Radical Jesus is a graphic novel that tells the story of Jesus, and other modern-day individuals, who make moves of both resistance and love.

I spoke to Buhle over the phone on a Friday from his home in Madison, Wisconsin.

The College Hill Independent: As a student, you were quite involved in Students for a Democratic Society. At one point you published a magazine for the group called Radical America. Could you tell me about that experience?

The Indy: When that sentiment died, SDS also collapsed. How did that happen?

PB: It was not clear that the sentiment of the country was changing very much toward the war, though it was changing more than we thought. And the movement was of people under the age of 25, so they weren’t exactly prepared for the long run. It was a revolutionary fantasy which was quite disruptive and above all impatient. It couldn’t carry on. It helped to bring into existence the women’s movement, the gay and lesbian movement, and it gave more urgency to environmentalism.

The Indy: You wrote in a more recent essay that young people today really can change the world. Is that something you still believe?

PB: I think that things have come to the point of terrible crisis in which it may again be possible. Occupy was overwhelmingly young people in most places and was a perfect example. They weren’t able to hold on to institutions and come out of it but it was a very important challenge to forces of power in both political parties and to all the institutions that are failing in the US.

The Indy: Current time of terrible crisis—could you elaborate on that? Are there any parallels, perhaps, to the time in the 60s?

PB: You know these things as well as I do. The incredible and accelerating division of wealth, the distribution of wealth, the crisis from the health system may be somewhat cured but not too much by Obamacare and the ecological crisis, which is for your generation what our fear of nuclear war was for my generation. The fear that the US will embark on another series of wars and bring the hate of the world and the cost of everything for society and the turn toward chauvinism and hatred, for no good reason except to maintain the empire.

The Indy: Do you still see activist idealism alive on today’s college campuses?

PB: Less at this very moment. At the University of Wisconsin, we had our vast uprising two winters ago, winter of 2013. The number of students taking part was markedly low. Part of it was because this school is the very place where the most young people from the most wealthy homes now come to school anywhere in the state. So, they’re privileged and they live in a privileged way; I guess that’s nothing new to Brown students. But they’re less likely to feel the contradictions that students at other colleges feel. So as I say, we had no Occupy here. But if you look at major cities and who were the people who were in most places in Occupy they were very frequently college students. Very frequently theology students, which is very interesting to me. That was in a way well who were the people who were selfless and devoted and so forth and so forth. It’s a twist that prompted me to produce a book that just came out called Radical Jesus, a comic book.

The Indy: What were you trying to do with Radical Jesus?

PB: Oh, let’s say I was speaking to those young people. I’m not a person who goes to church. But I was speaking to those young people and to others who were looking for some alternative, there’s one page in the comic that says to either passivity or violence. For some other way to respond to the crises, and you know, Americans by and large, still, have this religious thing, this mystique. It’s good to think of a way to speak to them in this fashion.

The Indy: Some have labeled Brown a “progressive haven” of sorts. Would you agree with that statement?

PB: No campus in the US was more closely associated with the CIA than was Brown University from the 1940s through at least middle 1960s. They recruited officers more heavily than the other campuses, especially through the political science department. And many retired CIA officers tended to retire to Southern Rhode Island, to Jamestown and those kind of places.

The Indy: So what does that say about Brown as an institution?

PB: It means that Brown and Barnaby Keeney, according to Brown Daily Herald reports, never ceased to be on the staff of the CIA even when he was president of Brown. So if you regard the CIA as an organization guilty of vast human rights violations and overthrowing elected governments and assassinations, then Brown was firmly on the side of those things, even if they were spoken about quietly.

The Indy: Was this involvement with the CIA widely known at the time period?

PB: Yes, but not so much in the anti-war movement of the late 1960s, because the anti-war movement at Brown was not very big. Educational reform substituted itself for political protest. But you can see between those two contradictions where there would be older people writing in to the Brown alumni magazine…they were pretty grumpy at the kind of changes that went on on campus, the kinds of speakers there were on campus from the 1970s on. And they were people with a lot of money, persons who made big contributions. There’s an inherent contradiction. I was told that from the end of WWII until the end of Vartan Gregorian, all of the Brown presidents had a background in military intelligence. My understanding was all of those presidents, expected or hoped they would be advanced into a presidential cabinet. Having a military intelligence background was then considered to be part of the Cold War resume, you might say.

The Indy: How did you experience social activism in Providence during your time as a professor here?

PB: There was wonderful labor support activity and labor educational activity, from the later 1970s for maybe 10 or 15 years because the factories were still just about to close. That was a very class-divided society in Rhode Island with almost all working people being Catholic and the few owners of everything having been Protestant forever, so that there was an intensity of class sentiment and class resentment and a real feeling that unions had changed the lives of a majority of people in Rhode Island. That period passed with the passing of that generation, but it was fascinating for me to see it, and be on picket lines doing it, to work with ministers and others who had the same way of seeing things. It was a way for me to learn labor history up close.

The last great thing was a strike at Brown & Sharpe that, in the day, was one of the leading machine tool manufacturers in the world. It was losing everything to Japanese manufacturing but, in one last effort to push the union out, brought on the longest strike in the US, from 1979 to 1984. And a big movement seemed big, opposing the company. It was sort of like one big push to hold on to the labor institutions, and with that defeat, everything sort of faded away.

The Indy: In Rhode Island, or elsewhere in the US too?

PB: In Rhode Island and wherever the factories shut down. But I will say something else, and that is that most of the things on the left have taken place in non-English language populations behind closed doors. So that there was a very big movement supporting the Cape Verdean revolution. But you would only know about it if you showed up in East Providence and watched a crowd of three or four thousand people applauding a representative of the Cape Verdean government who had come to speak. Nobody at Brown would ever know about it because their language was a patois, which didn’t actually have a dictionary or anything. There wouldn’t be a way to learn it, even!

Now, finally, here, the largest population in Rhode Island is from the Dominican Republic, and historically they’re the best organizing Latin American Spanish speaking group in Rhode Island. And they’ve been the most progressive. And yet, you’re not going to see too much of their activity, unless the organizing takes place in a different language. At least for this generation. That’s an old story, which has now been revived as a new ethnic generation that isn’t bound to the old rules. At least, if I had retired to Rhode Island, that’s what I’d be thinking about.