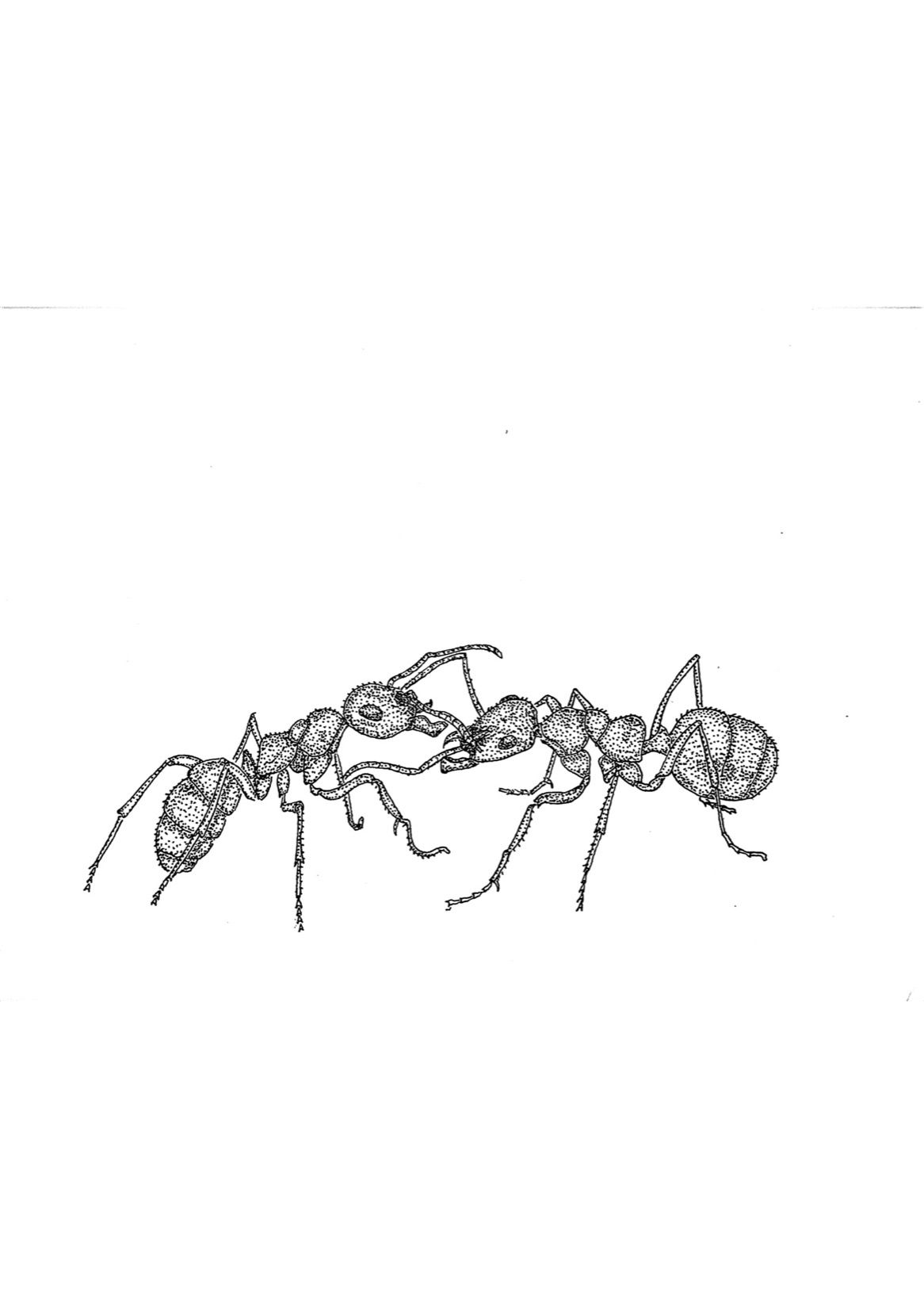 The scene is set: a Soviet nuclear bunker. The land is desolate. A few radioactive tumbleweeds are the only sign of movement. But suddenly, there is a sound. The raucous battle cry of one million ants. They are no ordinary ants, though. Oh no, these are cannibal ants, forced into the worst of circumstances by their poisoned environment. They come charging out of the bunker, ready to take over the rest of the world. (That is until the Ant Man himself, played by Paul Rudd, stops them.) And the craziest part is that only some of this scene is fictional.

It was recently reported that about one million cannibal ants escaped from an abandoned, Soviet nuclear bunker. A group of Polish scientists came across the colony in 2013 when they were studying a group of bats inhabiting the same space. The ants appeared to have become trapped in the bunker when they fell from an original nest through a ventilation pipe and could not climb back out. The colony was composed of only worker ants, making it impossible for them to reproduce, since only a Queen ant can lay eggs. Despite this, the size of the colony grew not because of reproduction, but due to the number of ants that continued to fall into the bunker. The ants created a social structure and way to survive despite having no light, heat, or food source, or so they thought.

Upon further investigation, scientists found that the ants had been surviving by consuming the corpses of dead companions. In 2016, the scientists, who clearly have a death wish, created a path for the ants to escape. When they returned a year later, the bunker was almost completely empty, which begs the terrifying question: where did they go? While these cannibal ants are unlikely to threaten any picnic or human, the very idea is still absolutely horrifying. What happens when there aren’t any more ants for them to eat? Is this how the ants will finally take revenge on humans for stepping on them for centuries? As the old nursery rhyme goes, the cannibal ants go marching one by one hurrah, hurrah...

Other than inspiring the Independent’s nightmares for the foreseeable future, the story of these worker ants points to nature’s incredible resilience. Ants have been known to build nests in other inhospitable locations, but the bunker proves particularly dangerous given its lack of resources. When faced with the seemingly unlivable circumstances that the man made bunker created, the ants were able to adapt and create systems that resembled their normal behaviors of assuming tasks and finding a food source, no matter how extreme the measures were. For contrast, this Indy writer’s family once moved because the vibes weren’t right.

These wood ants represent only one of many examples of animals adapting and surviving in harmful situations created by humans. With the growing threat of climate change, many animals have begun evolving to better survive under these circumstances. For example, an article in Smithsonian Magazine mentions the increase of brown as opposed to grey tawny owls in Finland. The melting of snow in the country since the 1970s has made it increasingly advantageous for the brown tawny owls to camouflage, and the animals have adapted over the course of just a few decades.

In comparison, humans are evolving staggeringly slowly. For example, a story in NPR notes that the first genetic mutation that allowed for adult humans to digest milk emerged 7,500 years ago. Yet even after thousands of years of evolutionary development, two thirds of the world’s population is still rendered helpless by ice cream. At this rate, there isn’t enough oat milk in the world to save us. An article in Scientific American states that researchers believe climate change is responsible for approximately 150,000 deaths each year around the world each year, and they fear that the number will not decrease, but rather double by 2030.

These cannibal ants provide further evidence that animals and nature will likely continue to survive and thrive long after the human race has wiped itself out. While Paul Rudd, or surely Leonardo DiCaprio, can still save us from this fate, they had better act quickly.  Until then, though, the Indy is bracing itself for actual flying pigs, elephants with super speed, and some sort of mutant egg-laying, aquatic, beaver-duck hybrid. Actually, it turns out that last one really exists. 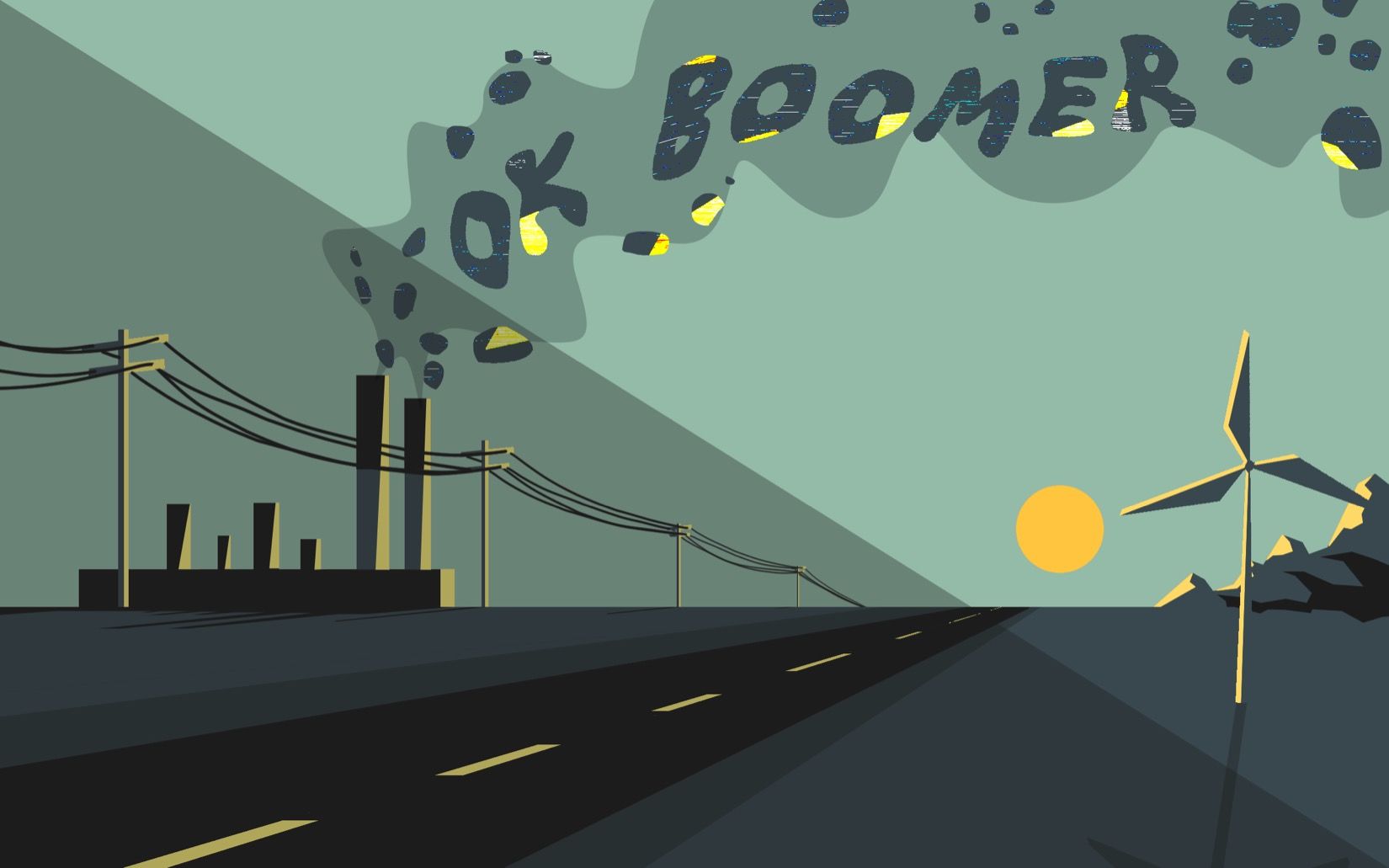 BABY OF THE HOUSE ADDRESSES BOOMERS

In a speech supporting New Zealand’s “Zero Carbon” bill on the floor of Parliament on November 5, 25-year-old New Zealand lawmaker (and “Baby of the House”) Chlöe Swarbrick added: “In the year 2050, I will be 56 years old. Yet, right now, the average age of this 52nd parliament is 49 years old.” No sooner had she said this than a member of parliament for the National Party heckled her, and, without missing a beat, Swarbrick shot back, “OK, boomer,” and marched straight through the rest of her speech. Swarbrick’s throwaway line became a two-word comeback that rocked the internet, but was picked up by absolute silence in Parliament.

Even though the captions on Parliament TV transcribed Swarbrick’s comment as “Ok, Berma,” the internet picked up this delectable quip and it went viral. Not only was it a well-timed remark, but a certain echo of the current zeitgeist reverberated in this sassy political comeback. Invoking the intolerance and exhaustion of her millennial generation towards the previous one, Swarbrick’s quick and authoritative intonation delivers a piercingly good burn. “OK, boomer” was not delivered bombastically; Swarbrick acknowledged the lack of millenial representation and promptly moved on, wasting no time and speaking with urgency. More than any other movement, the climate movement has an existentially looming timeline, and the longer we wait, the harder problems become to solve. Swarbrick is calling out the fact that her millennial generation will disproportionately be saddled with the catastrophes of climate change.

Lucky for us, Swarbrick adds a culturally poignant breath of fresh air into the dead space  of parliamentary chambers, critiquing the boomers who have allowed this existential crisis to go unaddressed. A cheeky meme that first made its rounds on TikTok, “OK, boomer” was a young person's deadpan response to an older white man chiding “today’s young people” for not realizing their “utopia” is not “real life.” There are a few things to unpack here. Even though boomers span a wide age range on a shifting political spectrum, young people have an image that boomers represent a certain race, power, and positionality. When Swarbrick speaks truth to power, she is also speaking truth to those who have obstructed or slowed action due to their privilege and ability to ignore it. The conflation of baby boomers and white men is arguably part of the fuel that set off the phrase “OK, boomer.”

In a Guardian piece written about the one-liner, Swarbrick elaborated, “My ‘OK boomer’ comment in parliament was off-the-cuff, albeit symbolic of the collective exhaustion of multiple generations set to inherit ever-amplifying problems in an ever-diminishing window of time.” Expanding on the association of “OK, boomer” with white men, Swarbrick clarifies it is a frame of mind, rather than a literal generational divide, that characterizes this frustration.

Boomers should perhaps take a look at Jay Inslee, the governor of Washington and the first Democratic presidential candidate to release a climate plan before dropping out of the race. In a rallying call to fellow boomers, Inslee says, “I’m a Boomer and it’s time for our generation to do our part to defeat climate change. OK, Boomers?” For Inslee to use this phrase as a white man underscores that this supposedly generational frustration masks deeply-seated ideological and class concerns. Depending on people’s positionality, the devastation of the climate crisis will impact people differently. As a boomer that identifies with the supposed insult, Inslee reclaims it, and in a clever turn of phrase, Inslee poses a larger question also echoing the current zeitgeist:

Boomers, will you join us?