This week, Features and News collaborated to invite four students from Hong Kong to reflect on the country's ongoing and escalating pro-democracy protests. The mass movement was triggered in early summer by the Fugitive Offenders amendment bill, an attempt by the Hong Kong government to allow local authorities to detain and extradite criminal fugitives to mainland China.

If all politics is personal, then the politics of rebellion is the most personal of all. No amount of news clippings or sensationalist broadcasts can displace one's own lived experiences. Even on the ground, no amount of slogan-shouting or flag-waving can completely capture the collective emotions of seven million people rightfully concerned by the future of their home and rightfully shocked by never-ending episodes of police brutality.

In the span of a few months, what we used to know as Hong Kong has transformed from a safe and secure community into a battleground where not even the right to human life or dignity is respected. The young, old, poor, rich, radicals, moderates, students, teachers, Chinese, and South Asians have never demonstrated such unity before, but all came to defend their rights and the quickly dissolving promises once made by their new masters in Beijing. The most radical of them had never before thought a violent thought, but now sacrifice their weekends to fight for the scraps of a future and for the last of the light that appears so dim. It was not their intention to risk arrest or risk jeopardizing their futures. But they were faced with no clearer choice when authorities reacted with a policy of zero tolerance.

For many, the situation has evolved into a demand for justice. Justice against the incessant counts of police violence towards the people. But the demand for justice comes from a position of utter helplessness. Proper and complete justice can only be delivered by an authority that works for the interests of the people. That authority is nowhere to be found. In its absence, people grow desperate against the superior firepower of the death squads once known to "protect and serve," and take matters into their own hands, whether those hands wield sticks, bricks, or cameras.

Stand with Hong Kong, not with American imperialism

PSA: Trump and Ted Cruz do not stand with Hong Kong. Hating China is not the same thing as being in solidarity with the people of Hong Kong. It’s frustrating to know that, in some ways, bipartisan U.S. support does seem to aid Hong Kong. Pressure from the U.S. government might actually help keep Beijing accountable, considering the leverage they hold in the trade war, and many protesters themselves have waved the American flag, believing foreign aid to be necessary. But is this attention motivated by the protection of people or the preservation of “western values”?

I’ve felt especially uncomfortable hearing white Americans condemn China while subtly—and maybe unconsciously—using language that points to a stereotypical, monolithic idea of Chinese people. South Park received attention and praise for their jab at the Chinese government, most coverage ignoring the show’s notoriously racist depictions of people of color. Contemporary echoes of Cold War rhetoric and imagery not only promote U.S. imperialism, but also endanger the diasporic community—of which both Chinese Americans and most Hong Kongers are a part.

The protests in Hong Kong continue to call for change from their own government, and that of one of the most powerful countries in the world, despite such authorities constantly shutting them down. When Hong Kongers criticize China, it is an act of resistance. The same critique, coming from a nation where this stance is welcomed, and even considered patriotic, has a very different weight, legacy, and power dynamic.

In reality, the core of the Hong Kong protests do not align with the US Right. You cannot advocate for democracy in another country while encouraging voter suppression in your own. You cannot be pro-HK without being anti-police, and you cannot fight for freedom without fighting against all forms of oppression.

In August, Chairman Mao’s official portrait artist, Wang Guodong, passed away.  Few people know of Wang, because he was never allowed to sign his work. But this is the man responsible for what some consider the most iconic painting in China—the portrait of Mao that hangs above Tiananmen Square, and once had a place in every home, school, factory, and government office in the country.

In 1973, at the height of the Cultural Revolution, the artist found himself under attack for portraying Mao from an angle that showed only one ear, implying that the leader was a poor listener. For this, Red Guards accused Wang of ideological impurity and sent him to work as a carpenter in a framing factory. But Wang continued to paint the massive oil portrait (this time with two ears), which now lives at the Gate of Heavenly Peace. Exposed to the elements, the 15- by 20-foot painting is replaced each year on the eve of October 1, China’s National Day. 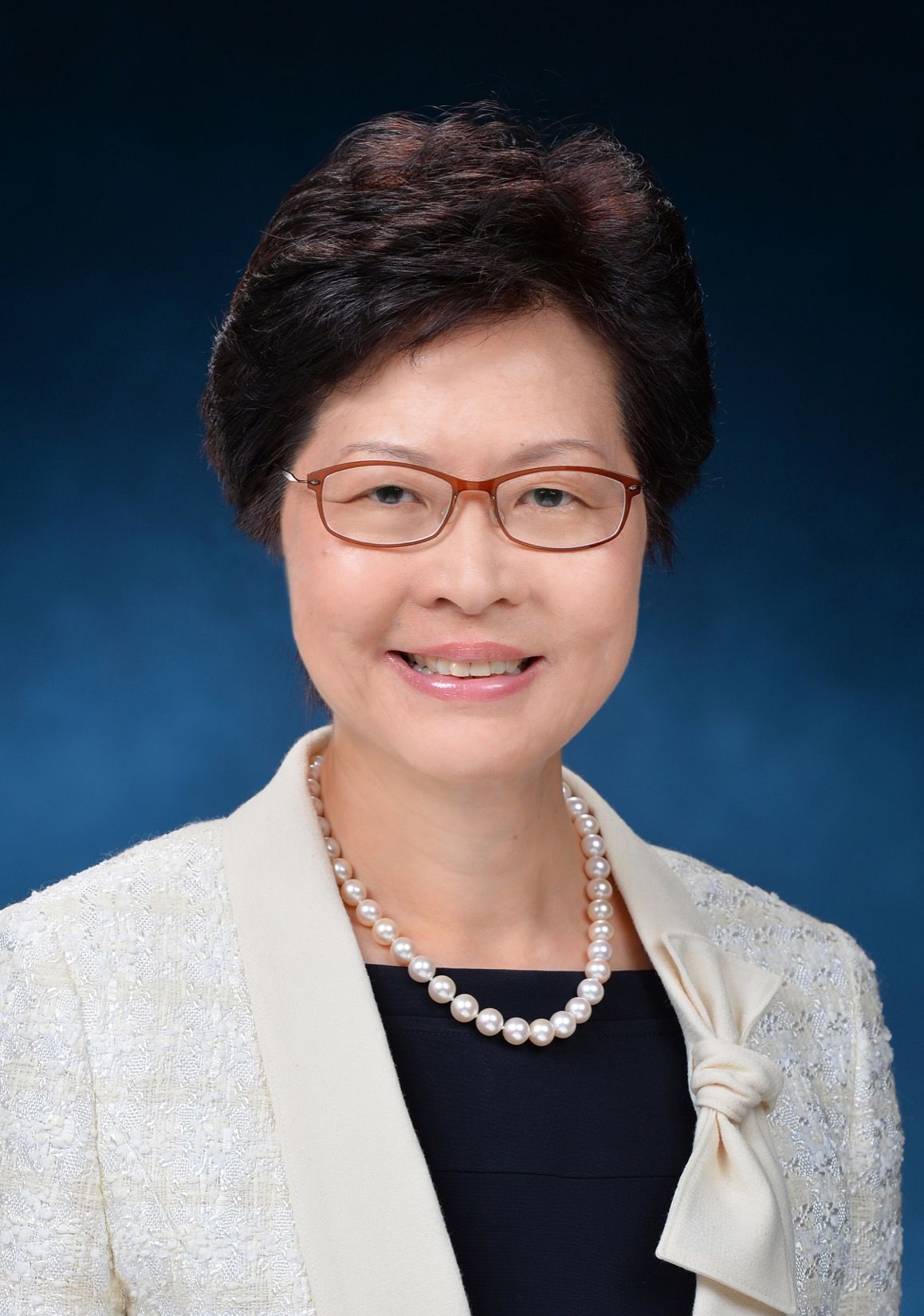 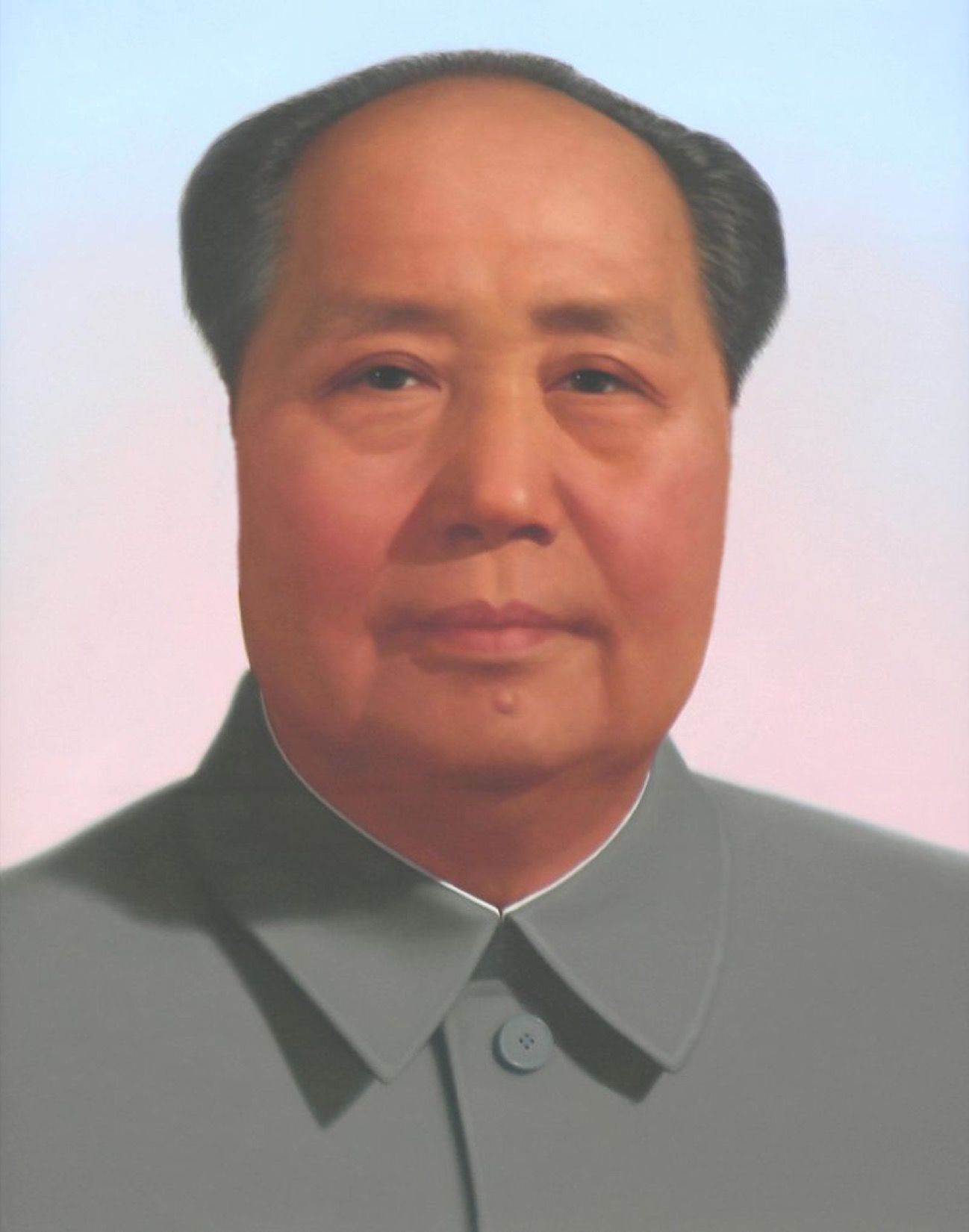 This past October 1 marked 70 years since the founding of the People’s Republic of China. In contrast, Hong Kong now commemorates that as the day 18-year-old Tsang Chi-kin was shot in the lung, the first time the police opened fire on protestors since the pro-democracy movement began in early June in response to the proposition of a controversial law. Although her city was in its 18th consecutive week of protest, Hong Kong Chief Executive Carrie Lam spent the holiday attending festivities on the mainland, as is customary. While Lam, President Xi, and other ministers presided over a carefully choreographed military parade in Beijing, thousands of protesters fanned out across Hong Kong to express exactly how they felt about the public holiday.

Before her departure to Beijing, Lam held her first community dialogue session, where she delivered the speech ‘Hong Kong, I Am Listening’. This was received 110 days after the first major protest, and with much irony on the part of the public. In short, Lam made no commitment to the overwhelming demand to launch an independent inquiry into police brutality, and tempers flared toward the end of the session, which was described as little more than a PR stunt for Beijing and the world.

Since I have been away from Hong Kong for nearly a year, it has been challenging to watch this situation escalate from afar. My admiration runs deep for the protestors who continue to innovate new forms of resistance despite their demands being consistently ignored. In my head, I see young students clad in black, sprawled on the ground between the metro doors, swiftly diffusing tear gas bombs by hand and beaming powerful blue lasers to scramble facial recognition cameras and confuse police. I see a grandpa wielding his cane in defiance at the “Silver-Haired Sit-in” and yellow-vested housewives running into the pandemonium to pour saline into protestors’ eyes, soliciting the names of those being handcuffed to ensure that they later receive legal assistance.

But I am also conscious of the movement’s blind spots. For example, who does the sense of ethnonationalism attached to “Hong Kong identity” marginalize? The exclusionary ideology not only manifests in anti-mainland Chinese xenophobia, but also applies to the 400,000 South East Asian migrant domestic workers (5 percent of the island’s population, 98.5 percent of them women) living in Hong Kong. These are the people whose work enables so many families to be involved in the protests. With childcare, for example, the housewives mentioned earlier have the flexibility to easily transfer their labor to less privileged women and volunteer on the frontlines themselves.

Many migrant women are paid extremely low wages and are subject to abuse and exploitation in their employers’ homes, where they are required by law to both live and work. More than 80 percent of these migrant workers are in debt but choose to stay in difficult working conditions in order to support their overseas families. In many cases they are the sole family breadwinner. Furthermore, unlike other foreign expatriates who are eligible to apply for residency after seven years, domestic workers have no legal route to citizenship, although many have lived in the city for decades. But this facet of Hong Kong’s immigration system should not stop the movement from advancing its understanding of what it means to be ‘local’ in order to fully confront the city’s deep injustices.

Communicating between a leaderless, self-organizing movement and a Chief Exec whose people call for her resignation is in itself a colossal challenge, but addressing issues within the movement is critical as well. For many, this may require an uncomfortable examination of the ground upon which we stand. This fight has now expanded far beyond opposition to a single controversial bill. But if this is a struggle for the liberation of all of Hong Kong society, we must ask ourselves, who are we listening to, and who are we leaving behind?