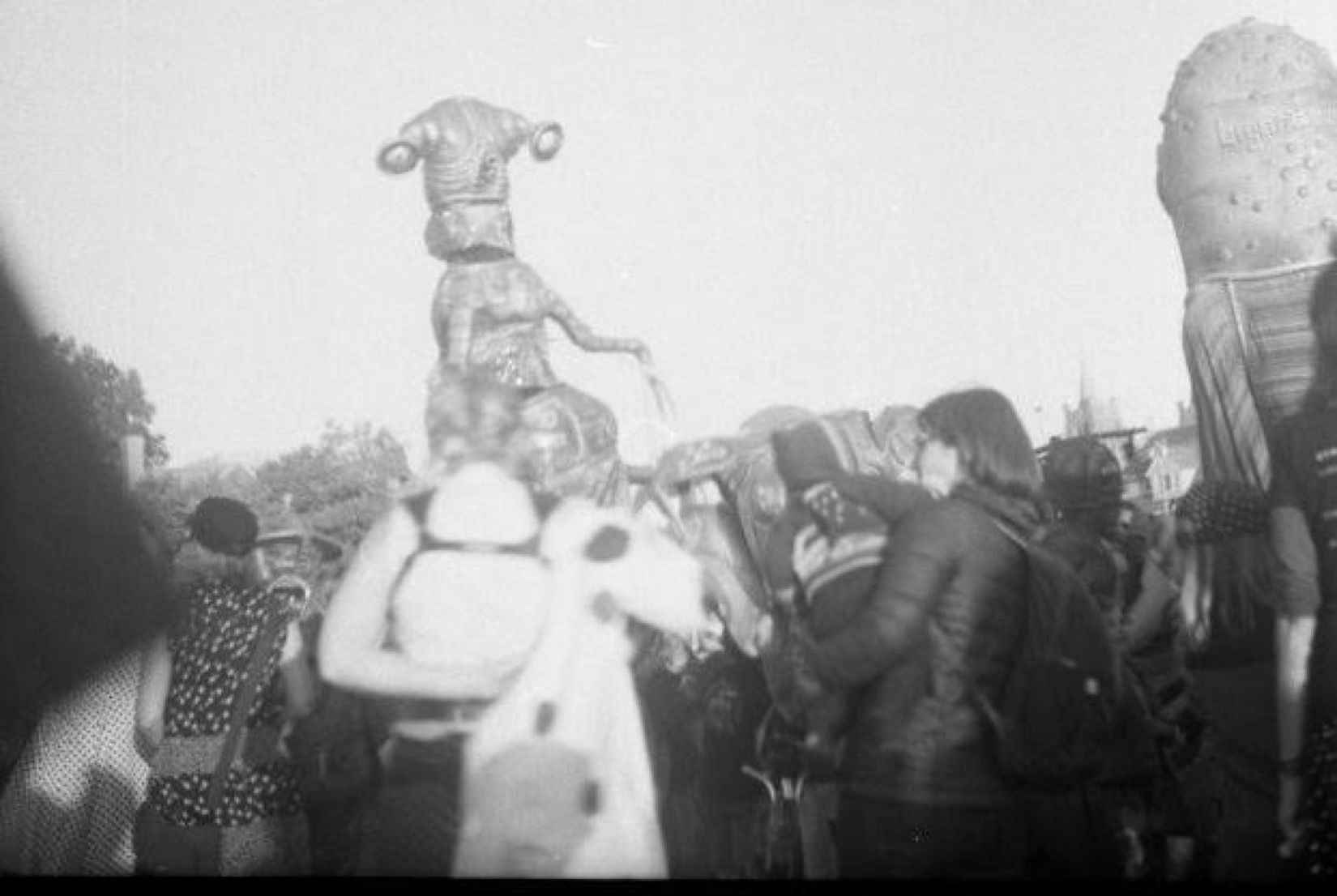 Last Monday, hundreds of Providence residents—artists, activists, students, misfits, puppets—danced the night away to the upbeat cacophony of Providence’s own What Cheer? Brigade in the parking lot abutting Laborers’ Local 271 on South Water Street. Above the performers hung a banner reading: “FUCK COLUMBUS: THIS IS STOLEN LAND.” This is Pronk (Providence HONK! festival): the anti-fascist, family-friendly party that takes over the southern tip of Fox Point each Indigenous Peoples’ Day to celebrate the people and curse the wicked.

According to the “Pronk Manifesto,” the annual street party “spawned from the original HONK! Festival in Somerville, MA,” which united activist street bands to throw a counter-party each Indigenous Peoples’ Day that celebrates “resistance to consumerism, colonialism, hatred, and injustice.” Although there are now HONK! festivals all around the world, Pronk, now in its 12th year, remains a uniquely Providence event, highlighting the work of local organizers, the music of local bands, and the moves of everyone dancing by the river that night. Pronk 2019 brought a few changes to the old formula—highlights included the incorperation of the new pedestrian bridge and a mysterious geodesic dome on the sunflower field—but it retained the raucous, radical, and righteous energy of Pronks past.

Pronk balances the tension between the desire to celebrate and reclaim public space and the reality that, in order to be reclaimed, the land must have been stolen in the first place. In creating this piece, we recognize that as non-Indigenous Brown students, we are not only complicit in the ongoing colonization of Indigenous land on the East Side, but also in the systematic exploitation of Providence communities—from the gentrification of Fox Point to the occupation of Pokanoket land at Mt. Hope to labor abuses against university employees. We are not the first Brown students to participate in Pronk, but we do so conscious of the harm that our university has done to Indigenous and non-Indigenous communities in Providence and in solidarity with the work of local organizers, artists, students, and all residents in their struggles for social and economic justice.

The following works were all inspired by our time at Pronk this year. This is not a review in the strict sense, or a critique really; it’s just a few disconnected thoughts, jots on the back of the napkin, from some people that appreciate Pronk. In short, this is our way of paying homage to the party that reps Providence to the fullest, and gives us all some time to dance and reflect in the presence of community. In honor of the death of Christopher Columbus, Ferdinand Magellan, Hernán Cortés, and the rest of those genocidal motherfuckers, PRONK 2019: 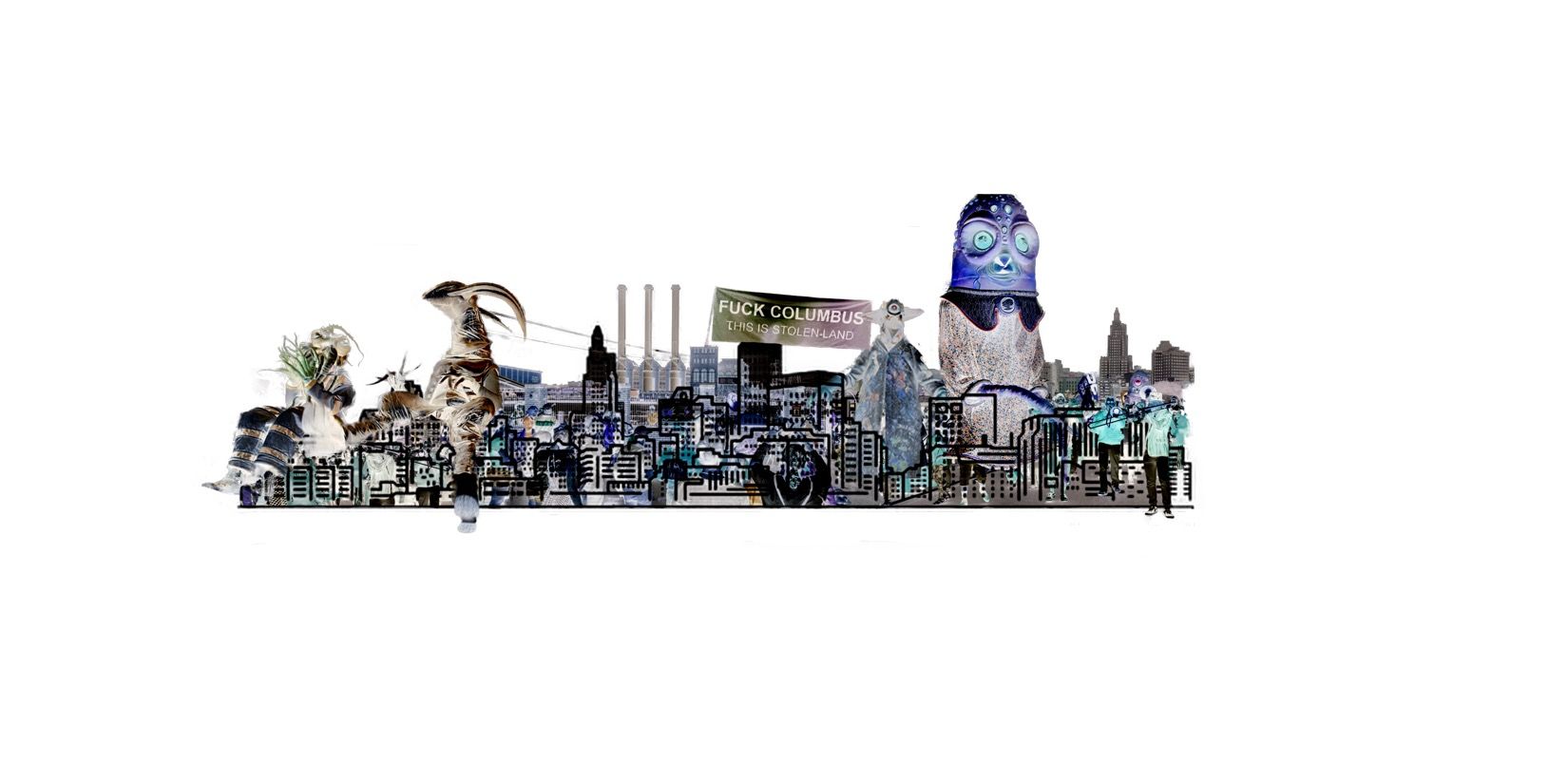 scarf shorn and coat itchy, fraying, i felt at my most then. frantic neon trumpets and babies in backpacks. soggy leaves latch on to boots as i half-step from the bus. it’s past time. and dark. a noise from not too far. on the corner, people laugh and stroll on over. little to no food but the pronk and tonk was an earworm and i had to fidget. next to me, a man three generations senior, cane dropped to the side, a blue suit, all polyester and stubby with a two toned tie and a collar that scuffs the neck. dance-stomping with more verve than me. instruments swirl. artists in the crowd. this was a parking lot. this is cheer. a move from the amphitheater. touting lyrics. new friends and a walk to the bridge. cops monitor the taco trucks. cheer. someone approaches for an interview. microphone in two hands for a podcast. asking. can spaces be reclaimed? i answer. reclaiming seems like a word far too burdened. hanging on fraught histories. (re)claiming reminds too much that something was lost. stuttering, it should have always just been ours. then there is the dome. no place like dome. one dome under dome. dome alone. a centerpiece. a focus point. the community centers itself. sees a mantle. icons only. more verve. on the back of a city. old and new see the same space down at the river. cheer. a hurricane barrier idles as it folds to new venues. a reentanglement of sorts–the private on the public’s terms. little to no importance is given, just that they are here to charge, decompress, and then disperse. so to say. buckets for donation but pocketbooks are shy. brass horns muffle the jangle of money lending. it’s fine. dawdling on unread newspapers. there is a mission for the condensation of the crowds. still there is cheer.

OBSERVATIONS FROM THE JAZZ STAND

The backpack bobbed up and down

Against the crashing waves of hands.

The boy hit the floor, the bag threatened to fly away.

He shot up, it attempted to sink into the earth.

The protests, sterilized by the sagging straps,

Resulted in a frustrated equilibrium.

The young couple unevenly swayed against the slow march of the trumpet,

She closed her eyes and smiled

To avoid the glances and snickers

From her friends on the edge.

This brought relief to the young man,

Who would appreciate it if the entire world closed their eyes.

As heads and shoulders met,

They tried to anticipate the forthcoming notes,

Into the moonless night.

A set of tortoise frames watched from afar

As the boys jumped and the young couples swayed.

Dropped their bashful guards and entered a playful waltz,

The old man descended the steps to join the merry-goers. 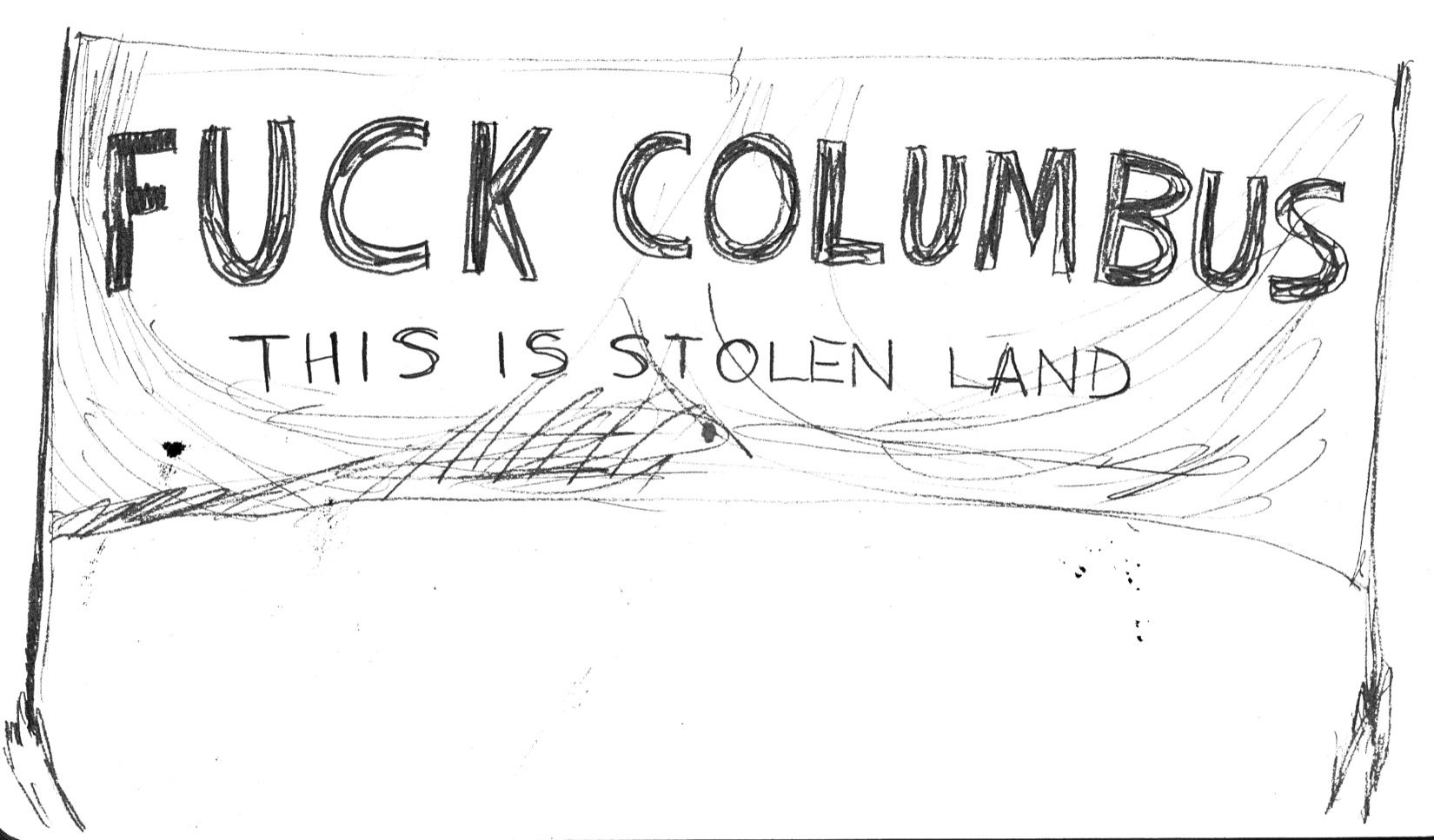 The scariest nightmares are when the people we trust become monsters. The last time I went to Pronk was with D. There was tremendous tenderness in our love then, but soon after a thin line of difference began to show itself.

How American is the word sex? The act is not bound by the actions people use to describe it. What about: how bodies resonate with each other? A way of understanding thought, electricity, and creation.

This is supposed to be a happy event, but to be here again, all I can do is compulsively snap pictures, trying to photograph the absence of D.

The most beautiful parts of Providence to me are all infrastructure. The upturned Gano Street Bridge, the weathered roads always accumulating puddles, the deserted parking lots, the Hurricane Barrier, the Ghost Tunnel. They’re Providence’s public spaces, just as much as Kennedy Plaza or Roger Williams Park. They’re meant to be climbed on, chipped at. Meant for encounters and places to smoke a joint for the first time. Their intended purpose is secondary. This infrastructure comforts me. I see those three smokestacks in the sky (Providence’s Orion’s Belt) and I know I’m back.

But that highway that slices into downtown and cuts across the river through the heart of Fox Point, etching a sardonic question mark onto the city’s landscape: That is an infrastructure of pain. They built it to displace the Cape Verdean community at the Point, everyone knows that. The city called it “rehabilitation” and “revitalization.” Nobody buys that. The new $22 million pedestrian bridge: They built that to gentrify the Jewelry District. Everyone knows that too. They opened the bridge the same summer the state took over the Providence Public School District. The same summer we found out that Brown, after promising to raise $10 million for the PPSD over a decade ago, couldn’t muster $2 million. (Brown has a $3.8 billion endowment). There’s no comfort here; this infrastructure bleeds.

I want to tell Brown to go shove its new bridge up its ass and stop trying to take Providence. But maybe another future exists for that bridge. Maybe—once a nor'easter finally knocks down the miscalculated Hurricane Barrier (designed in the 1960s, the barrier was built without accounting for sea-level rise), and they demolish the upturned bridge in the name of “beautification”—the pedestrian bridge will be all we have left. The only place to go to a punk show in the summertime or drink a ’gansett with your feet dangling over the dappled river. Since Pronk is meant to reclaim, maybe it would have been counterproductive to ignore the bridge and let Providence developers have their way. Or, maybe that's just what they want, for their bridge to gain community legitimacy...

Here is my imagined future: 30 years down the line, the pedestrian bridge is teeming with high schoolers cutting class and kids making snowmen. Brown University’s assets have been liquidated by the new governing coalition of the undergraduate, graduate, professors, and university workers unions and given to the newly elected socialist city government as back taxes. Once-beloved parking lots are parks. The three smokestacks are windmills. Providence Developers have skipped town. Jason Fane is nowhere to be found, and models of his dystopian tower are now a collectors item. Indigenous Peoples’ Day comes around and everyone knows: time to head for the bridge.