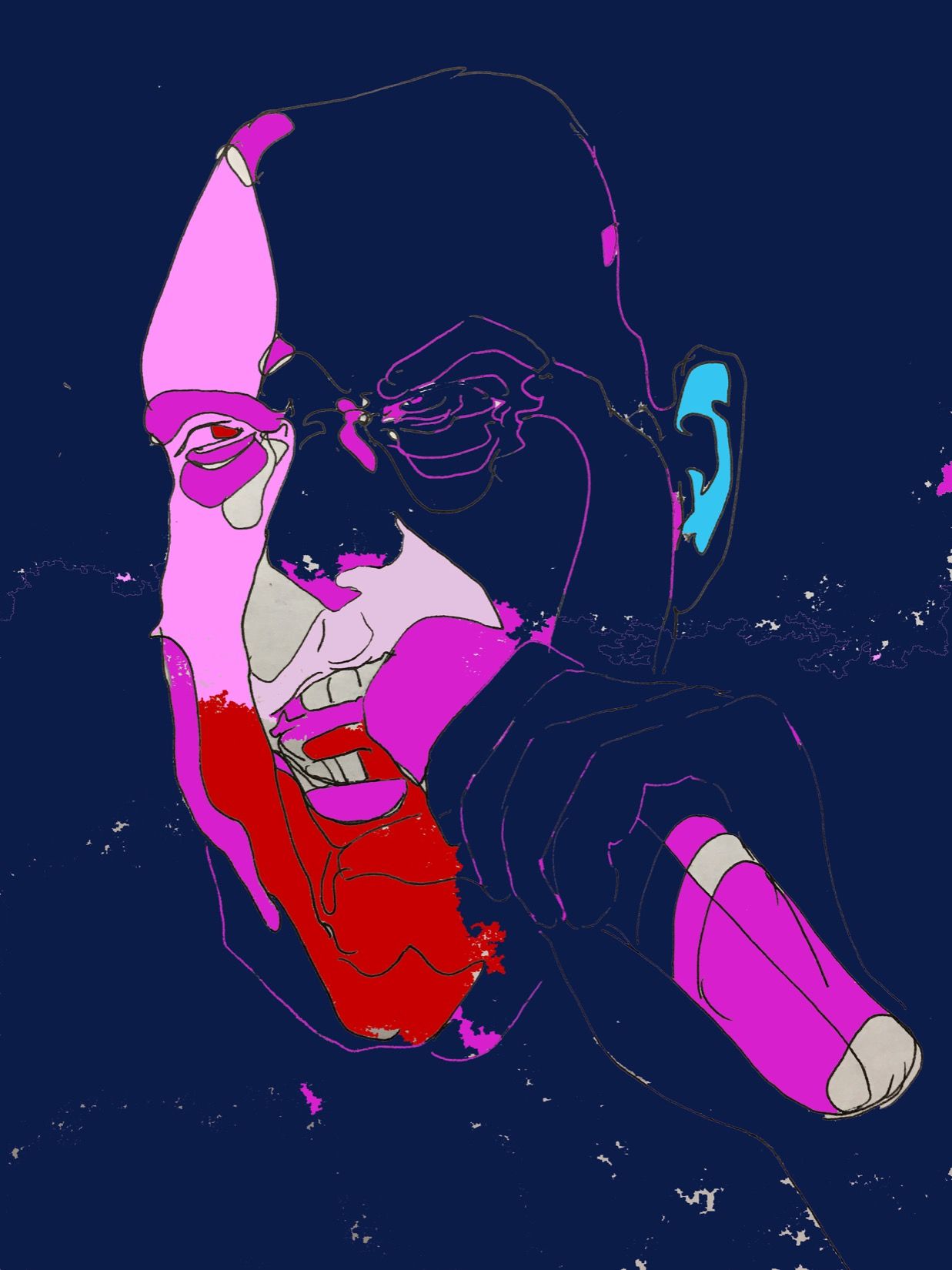 Some have never heard of presidential candidate US Representative Tulsi Gabbard [D-HI]. Others complain she’s making too much noise. In August, having failed to qualify for the third Democratic presidential primary debate, Gabbard denounced the Democratic National Committee’s unfairness on cable news. This followed a July lawsuit she filed against Google for $50 million when the company suspended her fundraising account for six hours. Gabbard’s outspokenness echoes widespread anger with a media establishment that systematically sidelines political underdogs.

This phenomenon is nothing new. In 2004, former Vermont Governor Howard Dean ran for the Democratic nomination. He was the only Democratic candidate who opposed the Iraq War when it began. Dean was the voice for Americans who felt left out of politics. He withdrew from the race in February 2004 after unfavorable polls and, more interestingly, a media fiasco.

On January 19, 2004, Dean gave an infamous, rousing speech to supporters in West Des Moines, Iowa. The speech was a pep talk urging supporters to keep up the fight. But it wasn’t the speech itself that garnered attention. It was the primal yell that Dean let out at the end of it.

Suddenly, Howard Dean was the butt of every joke. Popular comedians like Dave Chappelle and Conan O’Brien mocked him on TV. The clip of the yell was broadcast on CNN an estimated 633 times in the four days following the incident. CNN executives even admitted to having overplayed the yell. Ironically, Dean spoke so loudly in order to be heard over the roaring crowd, which the microphone failed to capture. Though Dean was already falling behind in the polls before the fiasco, many believe that it gave the media an excuse to brush him aside in favor of the more center-leaning John Kerry.

One could argue, of course, that neither Gabbad nor Dean is popular enough to deserve media attention. Indeed, according to a study the New York Times released on August 2, Tulsi Gabbard had an estimated 88,000 donors and a total of $4 million in money raised. For context, slightly more hopeful candidate Beto O’Rourke had around 188,000 donors and $13 million, and Elizabeth Warren had around 421,000 donors and $25 million. Howard Dean registered in third place at the Iowa caucuses with 18 percent of votes before he withdrew from the race a month later. So do these outlier campaigns deserve attention?

As a French-American dual citizen, I am dismayed with the United States’ two-party system. For all of France’s political flaws, it can at least be said that no two parties clash for power. The political spectrum is represented in full, from right-wing nationalists to full-on communists, with plenty of nuance in between. If I endorsed the Green Party in the US, I would be mocked at best, and chastised at worst, mainly because the Green Party is not (and cannot be) organized well enough to be viable. Conversely, Europe Écologie Les Verts is the most prominent green party in France and won 10 of 79 French seats in the Europeean elections. America’s ‘winner-takes-all’ system forces us into unrepresentative dichotomies like Trump versus Clinton. And the DNC and GOP have no incentive to dismantle this system. For the DNC, a progressive third party like the Green Party threatens to siphon off votes from Democratic candidates. In a two-party system, this renders Democrats vulnerable to a conservative win. This ideological deadlock compels progessive candidates to band together under the umbrella of  the Democratic Party while clashing ideologically.

One way to create a more fair system is to champion this ideological diversity within organization. However, the DNC has been known to do the opposite: Leaked emails from 2016 revealed that DNC superdelegates broadly agreed to support Hillary Clinton over Bernie Sanders in the primaries. This decision is only logical in a two-party system. The DNC’s strategy is to prioritize ‘electability’ (a unifying candidate, as opposed to myriad diverse candidates) in order to defeat the Republican party in the general elections.

For example, current Democratic chairman Tom Perez is adamant about ending Trump’s presidency. His policies reflect this mission, but also respond to critiques of the DNC’s unfairness in 2016. According to the Washington Post, Perez was involved in “pushing states to abandon caucuses for primaries to spur more voters to take part, making it easier to register for party membership and minimizing the influence of elected officials.” On the flip side, Perez has received criticism for tightening debate qualifications based on polling. In sum, though Perez has taken measures to make the DNC appear more fair, ‘electability’ is still a major concern.

The DNC’s new policies, which are the product of the two-party system, spark frustration in outlier Democratic candidates. Their grievances are valid—many ideas are sidelined as a result of strenuous debate qualifications, for example. With the potential to unseat a president in the next election who already lampoons journalists, media outlets have lashed out at Tulsi for launching another critique against them.

An August 30 Vox article critiques Gabbard’s suggestion of a “DNC conspiracy.” Gabbard's statement followed her failure to qualify for the third Democratic debate. The journalist, Aaron Rupar, lists the polling requirements that Gabbard fell short of. A candidate must reach a donation threshold (which Gabbard achieved) and receive three percent support in four polls approved by the DNC. There are 15 “Qualifying Poll Sponsors,” including ABC News/Washington Post, NPR, and various universities. The DNC’s process in selecting these poll sponsors is quite opaque, which Rupar concedes. He also mentions “the ugly 2016 Democratic primary,” in which Bernie Sanders was undercut by Debbie Wasserman Schultz, then the DNC chairwoman. Sanders had complained that the elections were “rigged,” which Rupar warns Gabbard and other Democrats from repeating, lest they “[hand] President Trump a talking point he can use to (again) try to demoralize would-be Democratic voters.” Rupar suggests that the DNC is exempt from criticism. Why is Vox advancing this ‘electability’ logic? When the media focuses on ‘electability’ and undercuts political underdogs, it entraps them in victimhood narratives instead of engaging them in meaningful criticism about their platforms.

The term “smear campaign,” used by Gabbard to name the supposed conspiracy against her, is a dangerous one. Her narrative has been effective because Gabbard’s grievances contain figments of truth that are compelling at a glance. As a result, the establishment media has the imperative to educate people about these inaccuracies and the more nuanced reality they conceal.

A Times article from Oct. 15th entitled “Tulsi Gabbard, Asked at Debate About Syria, Attacks the Media” tries to do this. The article spends a good amount of time describing and rebutting Gabbard’s comments. But it falls short when the reporters, Nick Corasaniti and Neil Vigdor, play into her conspiracy claims through satire: “[Gabbard] seized on a question about the removal of American troops in Syria to launch a broadside against one of her favorite foes — the media.” Perhaps the article could spend more time challenging her ideas rather than “clapping back” at her for trying to criticize the media. Using a headline that includes “attacks the media” only perpetuates the narrative of victimhood constructed by Gabbard.

The way the Times dealt with Gabbard could have been more productive and educational. But again, one can argue that Tulsi Gabbard is not a major enough candidate to warrant an in-depth rebuttal of her beliefs. It’s however worth noting that not so long ago, a more significant political figure was the target of unproductive articles in the Times.

Leading up to the 2016 election, article upon article dragged Democratic primary candidate Bernie Sanders through the mud. One article, entitled “Bernie Sanders Doesn’t Kiss Babies. That a Problem?” is as petty as it sounds. Meanwhile, the Times scarcely mentioned the massive showings at Sanders’ rallies, even as many occurred right in New York City. To no one’s surprise, these cheap shots and omissions ended up weakening the Times’ credibility.

In a two-party system such as this, there should be more diverse voices in the Democratic Party, not less. As an outlier, Tulsi Gabbard is voicing her qualms in a way that’s sure to garner attention: by being provocative and painting herself as a victim. Despite these tactics, Gabbard raises valid concerns; behind her extravagant lawsuit against Google is a necessary critique of tech megacorporations. That said, her ideas require criticism. This is the media’s role, and thus far, mainstream outlets have been as concerned with satirising her as rebutting her positions. Gabbard may not be a viable presidential candidate, but her campaign is an opportunity to expose victimhood narratives instead of fueling them.

OLYMPE SCHERER B’21 has very strong opinions about what passes for a “savory crêpe” in the US.