Today, we decided we would stop. We took off our shoes, we did not go to work, we forgot about our cars. We sat down on the couch with our books. We pored over our books, and as we slipped in the chapters, we realized that we were experiencing pleasure. Here are the books we read. 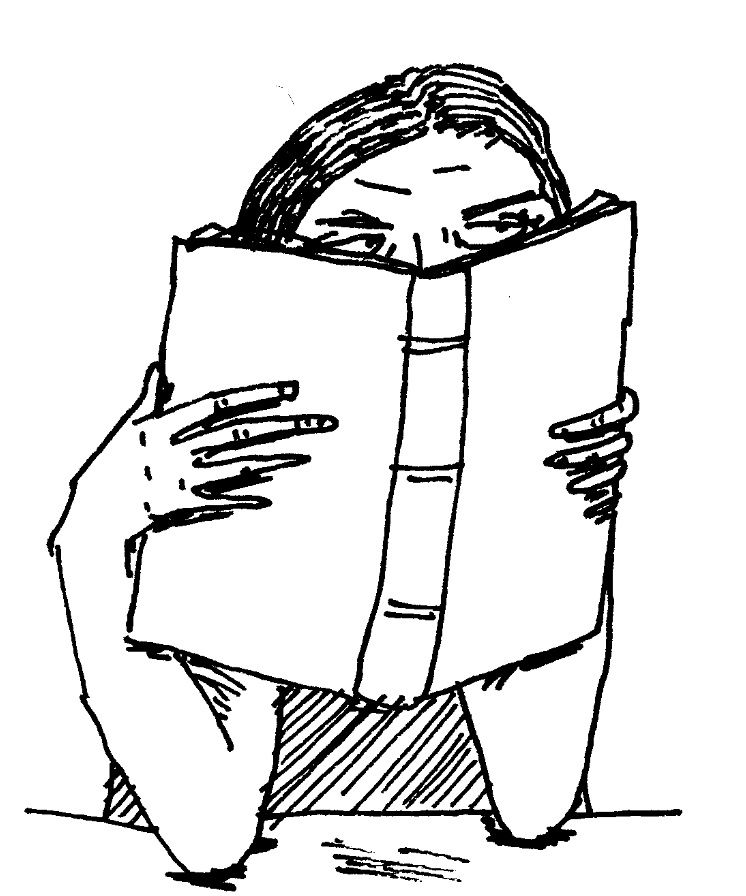 Here’s how it went. Central Park, early May. I said, “Let’s go get pizza.” He said, “I have to tell you something.” Then he admitted to cheating on me. Then I admitted to loving him. The rest of the summer found me prostrate, crying. I also read some books.

To be perfectly honest, I couldn’t really get into anything written from a male perspective. Instead, I latched onto an excessively simplistic posture of reading only about girls and women and losing things. When I saw Kate Zambreno’s Green Girl described as “the Bell Jar for today,” I rolled my eyes at the reductive marketing, but also bought a copy. I was feeling indulgent. Green Girl was all those words everyone uses to describe books they love. I’ll spare you, but get a copy. I went on to read Bluets by Maggie Nelson, The End of the Story by Lydia Davis, and Dorothy Baker’s Cassandra at the Wedding. I borrowed Sheila Heti’s How Should a Person Be? from a friend and we discussed it over dinner. Now and again I pick up Sarah Manguso’s The Guardians to reread various parts I remember from the summer.

It’s April, almost May. This summer I’m nixing all that crying, have a long list of books to read, and will probably keep my running shoes out so I can pretend to be the kind of person who does that with anything that resembles regularity. We’ll see.—AR

Do you even remember him? Do you remember what the sax sounded like? The way he purred in that hot Arkansas drawl, slow as Sunday, about taxes? No, you’ve forgotten him—you only think of his wife. Do you, does anyone remember how much he loved McDonalds?

I do. William Jefferson “Bill” Clinton is a vegan now. He wasn’t in 2004, when his autobiography My Life was published, before he needed that quadruple bypass. He loved fish frys, he loved cured meat on cured bone. These are the quiet moments in My Life, they stick on you as tightly as the louder ones in the 1,008 page monument—his out-of-placeness in college, his fifth time as governor of Arkansas. The presidencies, of which there were two. The father who died three months before he was born (William Sr.), and the stepfather who sometimes abused him (Daddy). 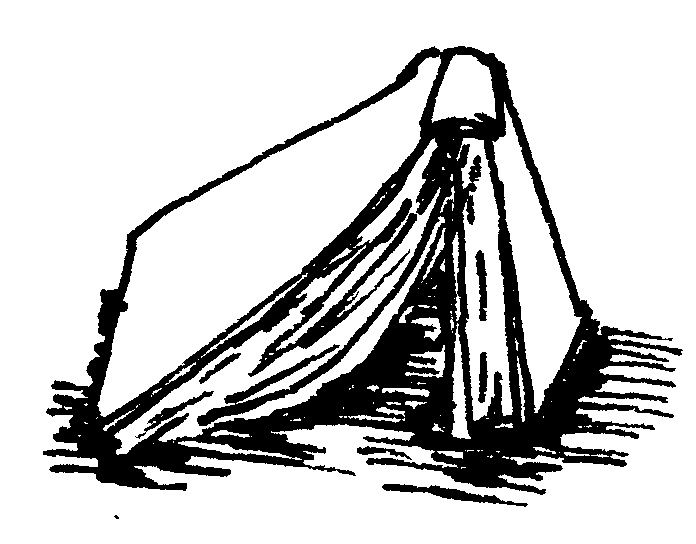 I first came across Chris Kraus’ I Love Dick in a seminar on bad taste several years ago. I remember the professor placing the book in the middle of our seminar table. “Can something be bad”—she tapped I Love Dick—“in a good way?”

The question is a useful aperture into I Love Dick: “bad-ness” and “goodness” shore up the kind of female trouble that embarrasses the literary establishment. Kraus’s lightly fictionalized account of her extramartial epistolary affair is “bad” in the sense that it is adolescent, it is unruly, it is sentimental. It is bad because it is an emblem of what the literary and cultural establishments tell women they’re doing wrong. The brilliance of Kraus’s book, though, is that it ruins the categories we’ve inherited for talking about writing, culture, and criticism. “Why does everybody think that women are debasing themselves when we expose the conditions of our debasement?” Kraus seethes. “Why do women always have to come clean?” Like a woman dutifully going through the unread contents of her desk drawer, Kraus catalogues letter after letter that she penned to Dick, her crush, coaxing us into what quickly becomes a roving and impassioned exegesis of those “bad” female feelings that strain otherwise “good,” “universal” literature.

I Love Dick, then, is not “good” so much as it is indispensable, precisely because it is adolescent, unruly, and sentimental. If Kraus is pushing back against “male host culture,” as she terms it, we might call her the parasite, inhabiting the position of the abjected woman only to explode it from the inside, and offer the remains to the academic and cultural elite. –EJ

I first learned about The Marriage Plot, Jeffrey Eugenides’ story of life at Brown in the 1980s, from someone I had a one-night stand with. He referenced it the night before, which was just after the book came out in the fall of 2011, and then again a week later when I asked him to get coffee. He took me to Carr House, the café from the first chapter in the book. He used it as a jumping-off point to talk about how love doesn’t exist and that’s liberating. I told him it sounded stifling. He laughed. I moved on from the guy, but something stuck with me. That winter break I read the book in four hours. Both of my parents were also reading it, so we’d have to trade it around, save each other’s places, and be careful not to spoil plot points. My mother, who graduated from Brown in 1972, thought it seemed like an absurd caricature of college life. I thought it was spot-on.

A friend and I reread it last summer, when we were both experiencing romantic angst. It had diminishing returns, because after the treasure hunt of picking out all the locations and intellectual types still to be found on College Hill, what was left was a boring story about insufferable characters. The heroine didn’t do anything. This probably doesn’t sound like much of a recommendation, but I do revisit that book a lot. Ever since reading it the first time, I try to sort the boys I like into Mitchells and Leonards. It’s gratifying, maybe, that there are more of the former. The latter is much more elusive.—EW 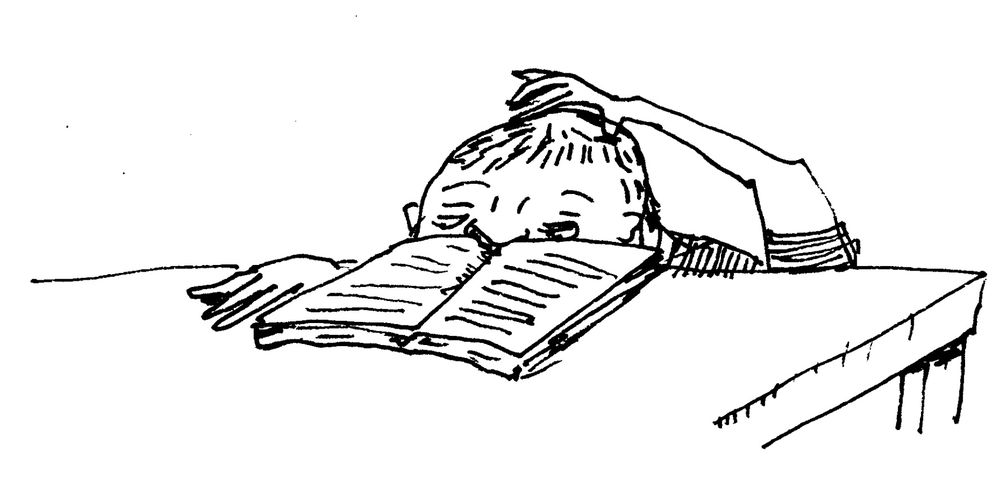 Haters like to hate on Richard Rodriguez because of his whole anti-Affirmative Action thing (or maybe it’s the glamourpuss headshots on his paperbacks), but if you ask me he doesn’t totally deserve it. It’s tough to fault an autobiographer who spares us the gloss: this is a guy who quotes his mother explicitly asking him not to write about their family’s private lives without flinching. Rodriguez’s 1981 The Hunger of Memory, a collection of six essays, is testament to his belief that there is space for the “deeply personal in public life,” and so he spares no one—not his mother, not his peers as a “scholarship boy” at Stanford, and certainly not himself.

You’ll also learn about the creation of Third World Centers and Ethnic Studies departments (and why Rodriguez, a Mexican American intellectual, opposed them). Plus, there’s an intriguing reverse-Oedipal pool scene that finally makes sense when you check his Wikipedia and realize he came out in 1998. Get an education reading about how Rodriguez got his.—EV

Are You My Mother?

Recently, I told someone that if I could be anyone when I grow up, I would be Alison Bechdel. “Can you draw?” she asked. “No,” I said, feeling silly. I don’t even really want to make comics. Mostly, I think I’m comforted by Bechdel’s willingness to admit she’s a monster.

I know that many people find the tortured writer to be a subject of limited interest. In her second memoir, Are You My Mother? Bechdel writes about her relationship with her mother—herself a resistant subject. “I must confess that I have taken to transcribing what she says,” Bechdel writes. “I don’t think she knows I’m doing it, which makes it a bit unethical.”

Before I read Are You My Mother? I read Dwight Garner’s review of it in the New York Times. He calls the book disappointing. He says it’s not nearly as good as Fun Home— Bechdel’s first memoir, about her father, a closeted gay man who, as she tells it, committed suicide four months after she came out to her parents as a lesbian. I can’t help thinking that Garner is sort of missing the point. “Mom had told me she felt I’d betrayed her by revealing things in [Fun Home] that I told her in confidence,” Bechdel writes in retrospect. “I’d thought I had her tacit permission to tell the story, but in fact I never asked for it and she never gave it to me.”

In Are You My Mother? Bechdel agonizes over her desire to write about her mother. She knows that her mother is uncomfortable with the whole process; also, that her mother considers memoir a suspect genre. I’ve heard people call the book repetitive and say that it drags, and I don’t disagree. It is reflexive and redundant the way that any book that is self-consciously about writing must be—to the point of exhaustion.

But there is a reason that I keep coming back to it. I find the incessant self-questioning comforting, oddly reassuring— because I am, of course, looking for permission to do what she is doing. “Our truce is a fragile one,” she writes. “Yet here I am making another incursion.” She suggests that though her second book may hurt her mother, this isn’t reason enough to stop writing. Maybe this is harsh, but it is the ultimate resolution of the book. If it weren’t, it wouldn’t exist.—ES