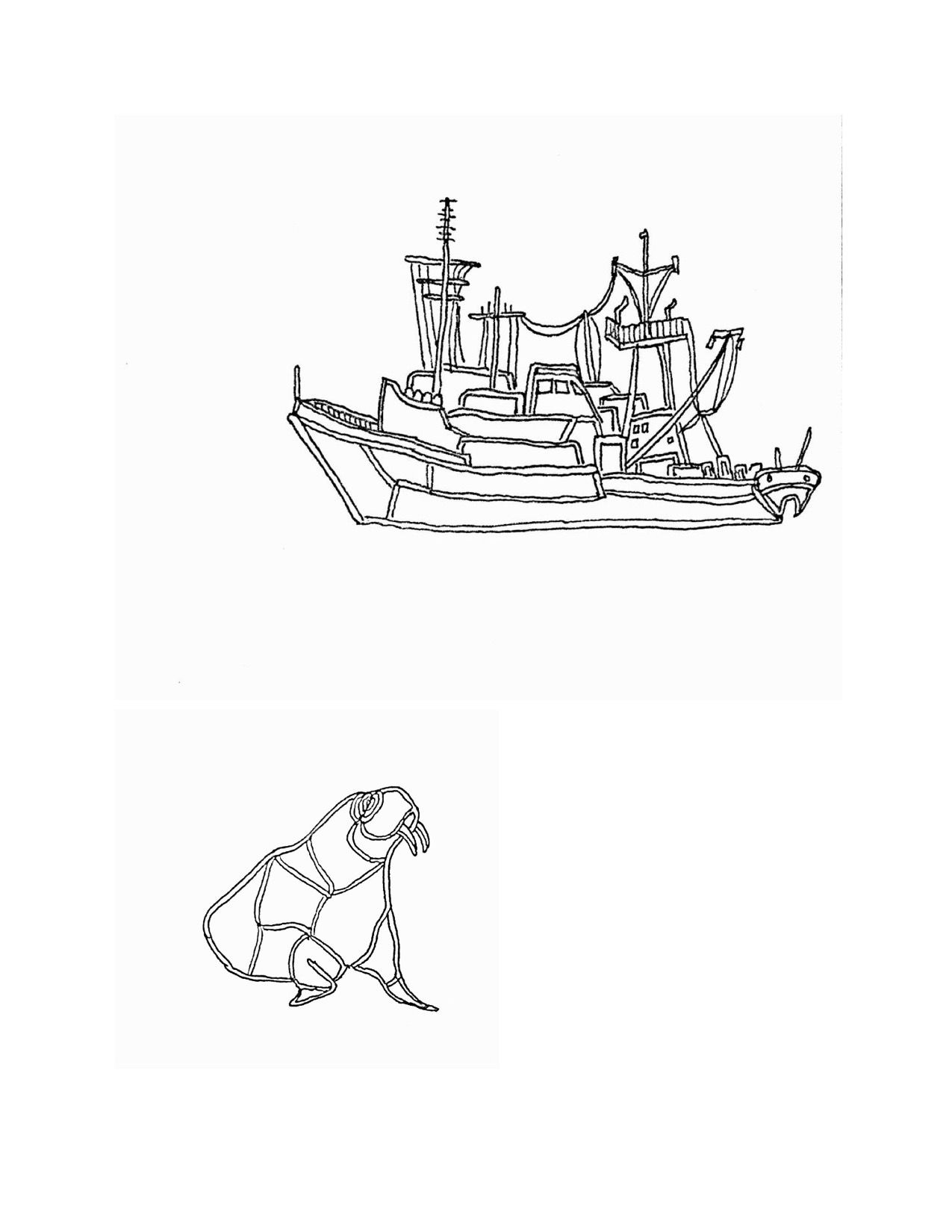 Name recognition is important in politics. Regardless of a politician’s public favor, constituents must know who they are before passing judgement on them. For most politicians, making their name usually takes time, money, charm, and a penchant for not doing embarrassing things on camera. Then there are the lucky ones who don’t have to work quite so hard to establish their name in the public consciousness—the heirs to political dynasties, the recipients of massive fortunes, and a remarkably serendipitous California businessman named Raul Ruiz.

Ruiz, a 57-year-old businessman, is the Republican congressional challenger for the 36th Congressional District of California. Fortunately for him, his opponent, the current Democratic incumbent in the district, is a 47-year-old doctor also named Raul Ruiz. Over the coming year, the two namesakes will be engaged in one of the most confusing political battles in the country—and only one Ruiz will be left standing.

The 36th Congressional District of California is about 40 miles east of LA. It’s relentlessly sunny and mostly comprised of desert, interspersed with some fruit farms. A plurality (49.8%) of its residents are Hispanic or Latinx. It is home to the insta-famous town of Coachella, and is politically relatively moderate, leaning Democratic by an average of about 2 percentage points.

Over the next 13 months, this dusty clime will be the site of one of the many down-ballot congressional races between a right-wing, socially conservative Republican and a left-of-center, moderate Democrat that will take place in relatively competitive exurbs and ruralities all across the country. The narrative framing that is starting to take shape in this battle royale (or perhaps more aptly, battle Raul) roughly parallels what is happening in other so-called purple districts across the country. In this case, though, the different Raul Ruizes show that not everything is in a name.

The Republican Ruiz is attempting to connect the race to national issues on his website by linking the Democratic Ruiz to controversial national figures and the conservative bogeyman of ‘radical socialism.’ “AOC, [Democratic] Congressman Ruiz and the rest of the liberal partisans,” Ruiz says, are pushing “big government policies” and “threatening what makes this country great.” At least publicly, local issues take a backseat—the word “California” is not written a single time on the Republican Ruiz’s website. For the moment, however, the spotlight rests squarely on his name. When asked by Politico about the significance of the shared name, Ruiz, 57, shakes off the accusation that he will unfairly benefit from his opponent’s name recognition, instead staking his chances on life experience. “I’ll say this,” he notes, “I had the name first.”

As a counter to this national narrative, the Democratic Ruiz is attempting to establish a sense of local exceptionalism. Instead of charging headlong into the Washington game of tit-for-tat, he runs as far as he can away from it, claiming that “Washington is a disaster, filled with career politicians focused on petty partisan politics and their own perks and privileges. I am not a career politician and I never will be.” Ruiz’s campaign is relentlessly local—his issues page is entitled “Working for the people of California.” And it’s no wonder that he seeks to differentiate himself so aggressively from the Republican Ruiz. After all, although his opponent had the name first, he was the one to make it famous.

Nevertheless, neither right-wing Republicans’ calculated national narratives, nor moderate Democrats’ dissembling local narratives are entirely indicative of how they would behave as elected officials. A Republican Congressman Raul Ruiz would almost certainly vote in line with the interests of local corporations that supported him, in addition to publicly waging the Right’s culture war. A Democratic Congressman Raul Ruiz would almost certainly be forced to take positions on controversial issues like impeachment, in addition to looking out for the local little guy.

But will any of these media maneuvers or machinations really matter for either Raul Ruiz? At the end of the day, both of their political fortunes lie in one name. As yard signs, distinguishable only by the color, spring into existence in hundreds of front yards; as local talk radio hosts bicker about the candidates’ political positions, only to realize they’re trashing the same person; as both Raul Ruiz’s accidentally begin to answer each other’s questions on the debate stage—only one thing will be clear to the voters of California’s 36th District: they’re in for a Raul-ly wild ride.

The Arctic’s Franz Josef Land is a lonely archipelago whose only inhabitants are Russian military personnel. Last week, off its somber shores, a walrus charted a steady course through the frigid waters. But upon spotting a Russian Navy vessel, the walrus was struck by rage, casting the scene into a dire turbulence. Breaking the cold air and shaking the water in a frenzied tumult, the walrus closed its eyes and charged, determined to drag the Russial vessel into the inhospitable depths.

The incident was reported by the Russian Geographical Society (RGO) who, focusing on the human side of the story, described how a walrus sank a Russian Navy vessel attempting to carry scientists to the shore of one of the archipelago’s islands to conduct research. The assailed vessel was dispatched from the Atlai—a sturdier, more walrusproof Russian Navy craft—conducting a scientific expedition to the Arctic’s Franz Josef Land.

The Northern Fleet, the Russian Navy in the Arctic Ocean, issued a statement saying, “serious troubles were avoided thanks to the clear and well-coordinated actions of the Northern Fleet servicemen.” The purpose of the expedition has been to survey Arctic glaciers and wildlife, but after losing a boat to a giant mass of tusked blubber, the RGO has also reconfirmed that “the polar latitudes are fraught with many dangers.”

The walrus attack probably took the Russians by surprise, given their history of ostensibly peaceful relations with the marine mammals. Indeed, just over 10 years ago, images of a particularly sleepy walrus taking a moment to rest and nap atop a Russian submarine spread throughout the media landscape. This image, presenting an encounter between human and walrus as a rare peculiarity, has fed a perception that the Russian and walrus kingdoms have lived wholly at peace and that all has been well on the Arctic front.

But despite the cuddle-buddy relationship between Russian submarines and walruses that makes walrus-human interaction seem rare, walruses and humans are actually constantly in contact due to climate change-induced disruption. Both species are confronting the crisis together, and one party is definitely more to blame for increasing temperatures than the other. Russia is among the many states enabling Arctic degradation. In 2017, Russian President Vladamir Putin visited Franz Josef Land for a frosty photoshoot, commenting on how opening navigable corridors into melting ice for natural resource extraction will create great economic opportunities. Policy stances of states like Russia are greatly exacerbating the climate crisis, especially in the Arctic. As reported in the College Hill Independent’s last piece on the plight of the walrus, temperature increases alone have been disastrous for the beloved water behemoth. Melting sea ice has forced our flippered friends to find increasingly precarious places to rest, causing the deaths of hundreds of walruses who can’t survive the search.

The drastic depletion of these walruses’ Arctic habitat should come as no surprise after the world’s hottest summer—this July was Earth’s hottest month to date. With this round of record-breaking temperature increases witnessing yet another round of failing political action, it seems apt that walruses are no longer content to go down slumbering quietly. Instead, they are fighting back.

Climate protesters across the world are taking to the streets demanding an end to approaching climate change business as usual. Taking to the waters, the walrus has heard the call and answered. The walruses’ attack on the Russian Navy can be explicated as an act of solidarity saying that business as usual will no longer be tolerated; if the walrus could speak instead of just attack, it might be heard saying, “You’ve really collected enough data, now please just stop melting things!” The walrus might not be the ecomilitant the world needs, but it may be the ecomilitant the world deserves.