Seeing Korean and American in neither Korea nor America 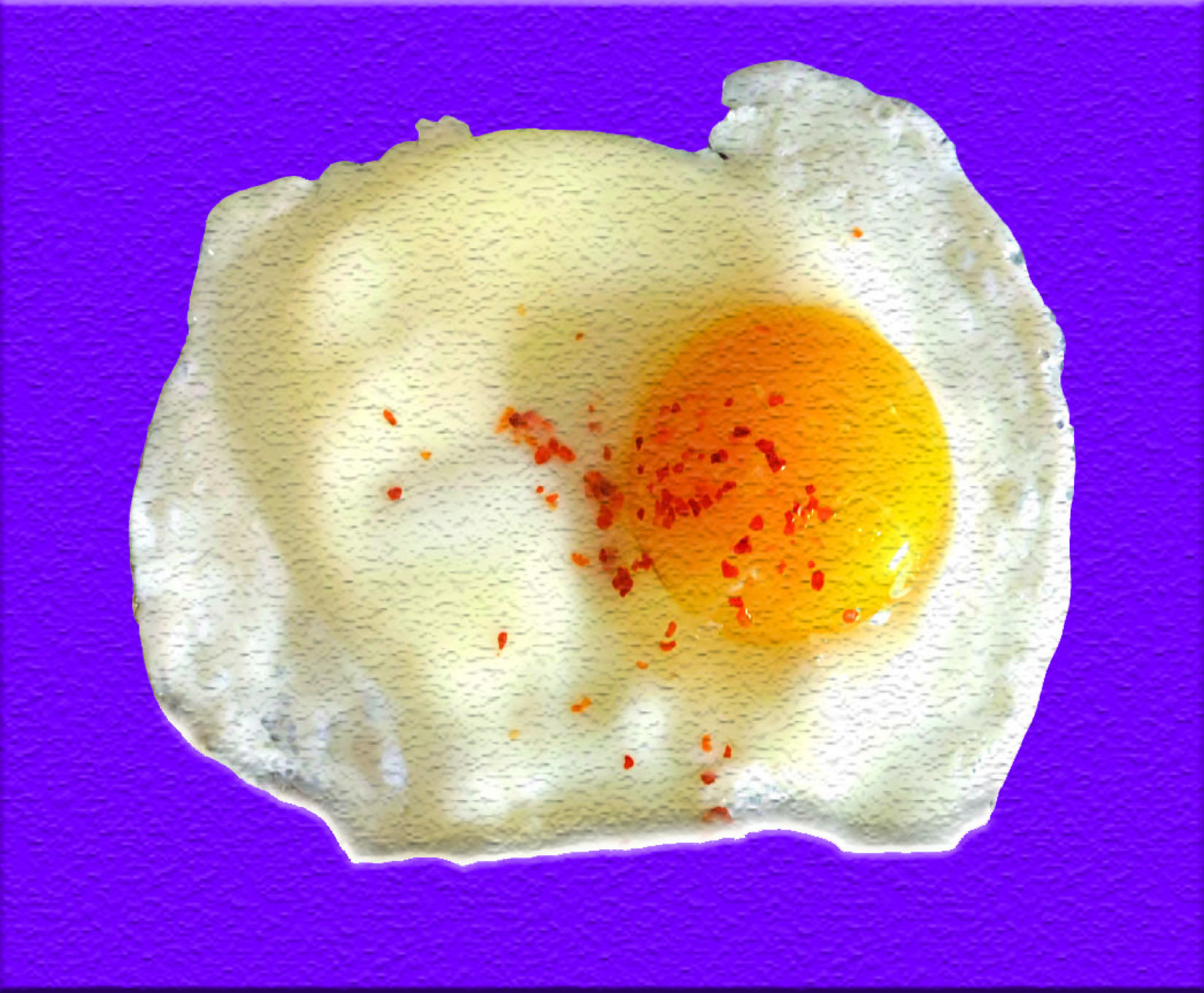 Until the end of my two week stay in Phnom Penh, I do not know what the “K” in K-City Hotel stands for, nor do I deign to guess.

In the first week of June, 2018, I arrive in Phnom Penh with a group of university nursing students from Hong Kong, who themselves are completing an overseas service project to fulfill a graduation requirement. My role, as university staff, is to document their goings-on and interview various affiliates, and so I talk to the students as they visit homes on the outskirts of Phnom Penh, performing door-to-door health check-ups with residents. I watch as they tell families to stretch everyday, take walks, eat less fried food, cut down on the sodium. I sit down with some local residents, who offer me iced coffee and seem to enjoy these soft suggestions, laughing as they stretch alongside the students. I cram this ‘journalistic’ work into a few sweltering days.

For the rest of my time, I lie in bed and watch the Indian Wells tennis tournament announced in French, read all four of Elena Ferrante’s Neapolitan Novels, and drink lots of beer because it is cheaper than bottled water. The third floor of K-City remains quiet throughout, aside from the continuous hum of motorcycle traffic, and there is no WiFi.

On the third day, I, along with some other students, press the elevator button to go up to the fifth floor to eat breakfast. The light above the elevator comes on, but it is going down, so we stand still. As the door opens, I see a Korean man, a lanky, tan ahjussi dressed in an ill-fitting polo and jeans. I see that he is holding onto a young Cambodian woman. He sees me seeing him, and temporarily loses his grasp on the woman, who tries to walk out of the elevator. 여기 안이야, it's not the right floor, he says gruffly, yoking the woman back into the elevator and rapidly pressings its buttons, clearly embarrassed at what has transpired in front of a group of students. In three seconds he is gone, and in a few more seconds we are on the elevator going up, quiet. No one around me understands Korean. He reminds me of my father.

Of all countries, South Korea has the second highest FDI (foreign direct investment) flowing into Cambodia, spending $4.5 billion in the last 25 years, specifically in the food, cosmetics, and energy industries. There are 300 Korean firms currently operating in the country, presumably in an effort to tap into Cambodia's 7% annual GDP growth. Or perhaps to stave off the impending hegemony of China's Belts and Roads being laid down across the world. Or perhaps just to get into the game that is the ostensibly Rising Southeast Asia.

The Hong Kong students and I are shuttled around Phnom Penh, shown this place and that, and I notice that the swankier neighborhoods bear signs reminiscent of my childhood in Southern California: Tours les Jours, Paris Baguette, La Boulangerie. No one else recognizes the absurdity of seeing these Korean, faux-French bakeries in Cambodia, which means that their French names, their French pastries, and their workers in berets and breton shirts have done their jobs. I wonder how self-aware the irony of this all is… something something resuscitation of French Indochina… something something reification of colonialism. Neo-this, neo-that. What are the Koreans doing.

After around ten days, the Hong Kong students leave for a village a few hundred kilometers to the west, but I stay a few days longer, having done all the necessary reportage. The first morning I appear at the hotel breakfast alone, the sole waiter speaks to me after serving me a fried egg. “Do you want sexy time?” he asks, and without giving me time to respond, shoves his phone screen into my face and begins swiping, swiping, swiping through pictures of skinny, young, and naked Cambodian women. Flustered, I blush and say no thank you but he continues to swipe, perhaps unwilling to stop, or maybe just unable to believe that I am not a sex tourist. I wonder if he has forgotten that he has served me the same, single fried egg sunny side up for the past ten days, and that I have always eaten with a group of students in bright purple university shirts, eager to continue our voluntourism.

I still do not know what K-City stands for, but I do see on my phone that according to a 2013 survey done by the Korean Institute of Criminology, Korean sex tourists are the number one source of demand for sex with minors in Southeast Asia. Growing up, when people asked me if I felt more Korean or more American, I did not answer them, but in this moment I also do not want to answer them, preferring to remain somewhere else. The next morning, I see the waiter, but do not ask for an egg.

About a year after I leave, South Korean Prime Minister Moon Jae-In will visit Cambodia as part of his “New Southern Policy” to visit all ten members of the ASEAN (Association of Southeast Asian Nations) by the end of his first term. His consolidated slogan is the 3 P's: “People, Prosperity, and Peace.” Fifty years ago, Korean President Park Chung Hee sent 300,000 troops into Southeast Asia during the Vietnam War, fighting on the side of the United States. I wonder if Prime Minister Moon thinks about this at all.

Later on that first day, after the Hong Kong students have left, I swipe around on Google Maps for food. I discover, first, several churches with English names, like Children of Life Church, or the Way of Life Church. I am curious, and when I tap these locations for more information, I see smiling Korean faces surrounded by smiling Cambodian faces. Soon after, I find two Korean restaurants mere blocks away, literally sitting across the street from each other: Mekong Korean Restaurant to the west, and 사랑체 (Sarangchae, or in English, love) to the east. K-City is to the south of both, geographically forming an acute triangle with the two restaurants.

I exclusively eat at these restaurants for the next four days, alternating between the two for lunch and dinner. I order quietly, hesitant in my broken Korean, and leave quickly, unable to remain the resting point of every other diner’s gaze for very long. Nevertheless, it feels good to take advantage of how cheap the food is here, and I enjoy the ambient Korean spoken by those around me.

Looking around, Mekong Restaurant has many wooden crosses, wall calendars with church logos, and small children. Sarangchae has small groups of men huddled around bottles of soju. Ironically, it is reassuring to see 보신탕, or dog stew (boshintang), carried out frequently from both kitchens, even though they largely do not serve it in Seoul anymore due to societal pressures. I think of my grandfather eating the stew every single day (the dish is widely believed to enhance virility), sitting at the head of the table, hushing the family into an austere, Presbyterian silence. I think of my grandmother, who wordlessly slips between kitchen and dining room, filling up my grandfather's bowl when needed. On Sarangchae’s menu, the stew is described in English as “Soup of low fat meat with various Korean herbs as a wholesome food for summer season” (individual-size bowl), and “elaborated nourishing stew consisted of healthy low fat meat with various vegetables and ingredients” (group-size bowl). I order everything else on the menus.

During my last lunch at Mekong, my last day in Cambodia, I am the only customer. The Cambodian waitresses line the restaurant's walls and sulk, while the Korean owner sits behind the counter and fans himself. While eating, I read one Google review of the restaurant which states, “‘한국서 먹는것 같아 좋아요.” It feels like I am eating in Korea, so I like it. I slip away silently, saying thank you in Korean just loud enough for me to hear.

When I check out of K-City, due to fly back to Hong Kong, I see a Korean man talking to two young children behind the hotel counter, presumably the owner and his kids. The younger child plays with a plastic train set, tip-toeing to scoot it along the front desk. Then I am on the bus.

Annyeonghaseyo, in all directions.

KION YOU B’20 would like to go home, eventually.