The political history of phage therapy 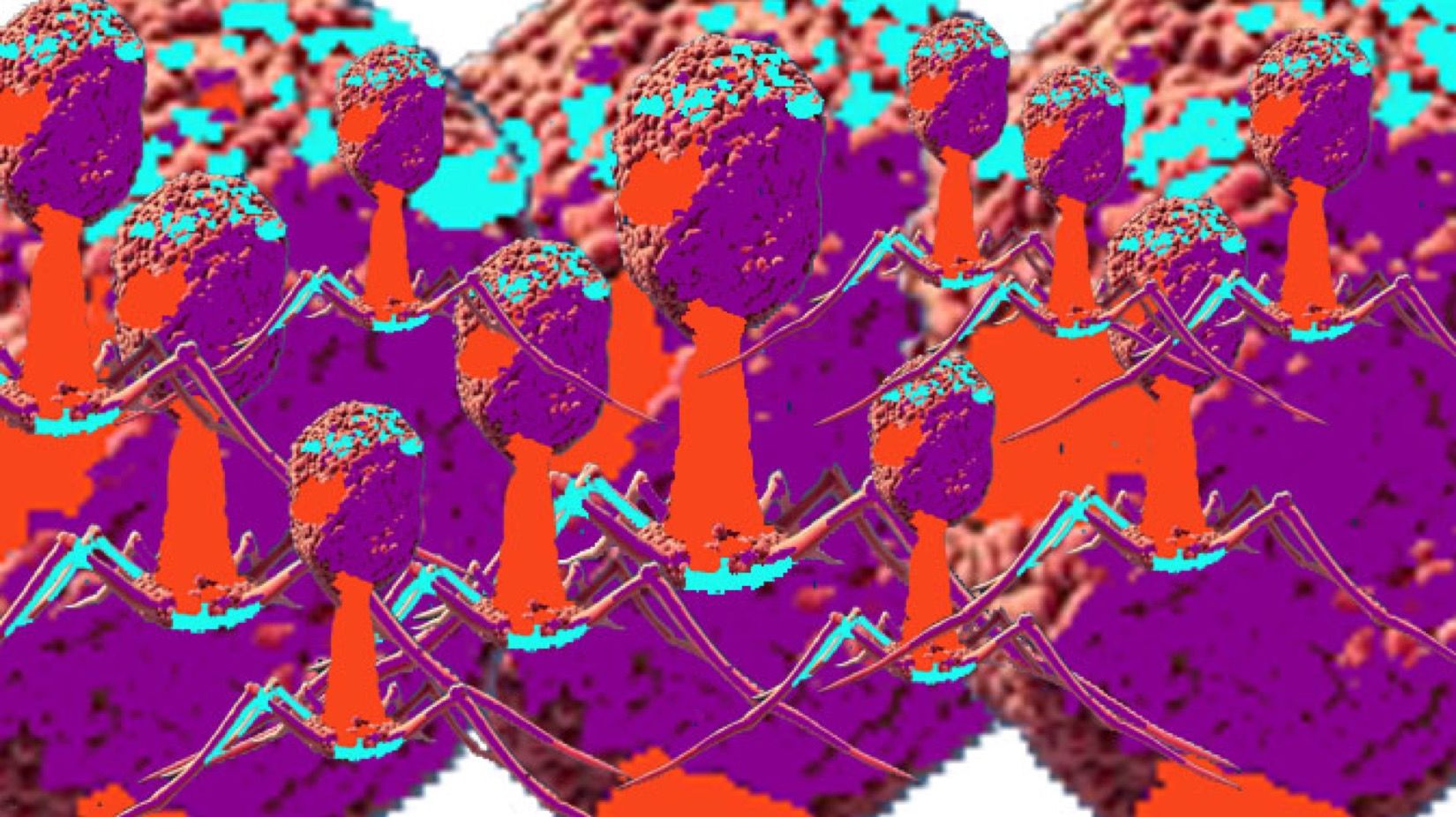 Mount Sinai Hospital in Brooklyn has a fungus problem. In May of 2018, a patient was admitted for abdominal surgery. He was found to have an uncommon fungal infection that was resistant to standard antifungal drugs. The fungus in question was Candida auris. First discovered in 2009 in Japan, it has spread to hospitals all over the world—Spain, South Africa, Pakistan, India. 29 countries in total have seen C. auris infections in hospitals. In New York state alone there have been over 300 reported cases, most of them in Brooklyn and Queens.

What makes C. auris such a lethal threat is its persistence. C. auris cannot be killed by standard antifungal treatment, leading to a mortality rate of nearly 60 percent. C. auris also spreads very easily. Patients infected with the fungus shed C. auris from their skin, enabling it to easily stick to surfaces and medical instruments.

C. auris is an example of a new class of pathogens known as “superbugs.” Superbugs are bacteria and fungi that are resistant to commonly available antibiotic and antifungal drugs. These diseases are an especially concerning issue for the current healthcare system because of our heavy reliance on antibiotics. However, antibiotic drugs are not the only method of treating infections. Another form of treatment—known as phage therapy—has recently come into the spotlight as a potential substitute for antibiotics. But phage therapy is not a recent discovery. While it was originally pioneered by Soviet scientists in the early 1940s, due to Cold War tensions this lifesaving treatment was suppressed in the West and rejected as a legitimate medicine.

In his 1945 Nobel Prize speech, Alexander Fleming—the Scottish scientist behind the discovery of penicillin and antibiotics—gave a stern warning regarding the overuse of antibiotics. Fleming cautioned against rampant, unnecessary use of the drugs. Such reckless action, he predicted, would give rise to more hardy bacteria resistant to antibiotics. “[The] thoughtless person playing with penicillin treatment,” he said in Oslo, “is morally responsible for the death of the man who succumbs to infection with the penicillin-resistant organism.”

Fleming’s warning, however, was futile. Antibiotics have since been recklessly maldistributed and unnecessarily prescribed. Patients regularly receive a course of antibiotics even for minor acute respiratory infections when the drugs are in fact unnecessary. The US Centers for Disease Prevention & Control (CDC) estimates that over half of antibiotic prescriptions are made hastily and without consideration of other options. In many cases their overuse exposes bacteria to antibiotics without killing them, allowing the bacteria to develop resistance against antibiotics. The emergence of these drug-resistant superbugs has significantly diminished the rate at which we are producing new medicine. This can be explained by superbugs’ evolutionary mechanism, which allows for the consistent adaptation and change.

Antibiotic overuse is also an issue in farming and meat production. Livestock farms that overuse these types of drugs are essentially breeding grounds for these superbugs, as it is an environment that allows a quickened onset of resistance towards antibiotics. In one case, Merck, one of the biggest pharmaceutical companies in the world, published a direct statement to the FDA urging them to implement greater restrictions on the use and distribution of antibiotics.

Such practices threaten the utility of antibiotics, which are no longer thought of as the ‘last line of defense’ against disease. Instead they are used to quickly eliminate infections, giving bacteria the exposure they need to adapt their own defences and to evolve to eventually become superbugs. Bacteria that used to be easily eliminated, such as gonorrhea, have now evolved around these antibiotics.

As terrifying as this antibiotic crisis may appear, a solution does exist. Many medical experts have recently considered using a specific kind of disease-causing organisms to kill bacteria. Known as bacteriophages, or “bacteria eaters,” these alien-shaped viruses are known for their ability to infect bacterial populations with deadly diseases. Because of this, some medical institutions believe bacteriophages may play a role in the crisis of antibiotic resistance.

The potential of bacteriophages lies in their evolutionary superiority. Bacteriophages depend on the presence of a bacterial ‘host’ cell to replicate. The bacteriophage injects its DNA into the host cell, triggering one of two responses. The phage DNA either stays in a latent phase where it continues to get passed on to future bacterial generation or its proteins are activated, leading to the creation of new bacteriophages. These copies burst from the bacterium, killing it.

Bacteriophages are strong candidates for solving the antibiotic resistance crisis because they are able to reproduce regardless of whether the infected host bacterium is resistant to antibiotics. In other words, phages present themselves as a deadly killing machine capable of wiping all sorts of bacteria that evolved to resist the drugs that contemporary medicine churns out.

Known as ‘phage therapy,’ the concept and technology of using these natural bacteria killers to fight antibiotic resistant pathogens has recently been of much interest to the global scientific community and several renowned medical institutions—such as the University of Pittsburgh and the University of California, San Diego—due to a desire to incorporate it as a modern panacea to drug resistant bacterial infections.

From a historical viewpoint, ‘fighting disease with disease’ through phage therapy is not new—it first emerged in the 1920s as an unexpected byproduct of the medical arms race of the Cold War. As a result of the tensions between the United States and the Soviet Union at the time, the withholding of medical advancements was used as one of many militant tools and political instruments that served to further amplify the gap between the two countries. Distribution of antibiotics—wonder medicine at the time and produced mainly in the West—was restricted with the aim of denying access to the Soviet Union. As a result, Soviet medical professionals were left to develop their own alternative to antibiotics. The result was phage therapy.

Initially proposed in the 1940s as a substitute to the Soviets’ limited supply of antibiotics, phage therapy was implemented in the clinical setting and was used as the primary basis for treating patients. The results of a large number of these clinical trials that supported the effectiveness of phage therapy were published in Russian-language academic journals from Russia, Georgia and Poland. Patients with bacterial infections came from all over the Soviet Union to the Eliava Institute of Bacteriophages in Tbilisi, Georgia to receive treatment with phage therapy.

Decades later, in the 1980s, the antibiotic blockade ceased, and subsequently the medical research surrounding phage therapy technologies halted as penicillin began to dominate the medical field in the Soviet Union. In the West, a culture of mistrust towards Soviet technologies also served to increase criticism of phage therapy and other medical technologies used by the Soviets. It is important to note, however, that the declining interest in manipulating phages to treat infections was not because method was ineffective. Rather, focus shifted towards the development of other medical technologies because of the scientific barriers posed by the Cold War, and because of the lack of extensive knowledge of bacteriophages  in the West. Nevertheless, some former Soviet countries continued to utilize this form of treatment. In addition, longstanding phage therapy medical institutes such Eliava, which was founded in 1923, are living testaments to the proven effectiveness of phage therapy.

Nowadays, medical professionals continue to hold opposing viewpoints regarding phages. While some attest to its potential, others are more skeptical. Many scientists take issue with the fact that Western science has yet to fully recognize and comprehend many of the intricate details of bacteriophage biology. Our limited understanding of phage-bacterial interactions is especially concerning in the context of injecting these bacteriophages into patients’ bodies. Additional criticism against the technology stems from the fact that phage infections are incredibly specific, meaning that a specific phage can only interact with a very limited number of bacterial strains. This piece of criticism gives rise to questions about the practicality of the technology. It gives phage therapy the image of something that is not quite compatible with the current pharmaceutical industry. Perhaps most worrisome of all is the fact that, similarly to how bacteria evolve to withstand antibiotic medicine, this technology may also mutate through means that we do not fully understand.

Nevertheless, phage therapy showcased itself as a dependable medical technique after scientists and physicians at the University of California San Diego hospital treated a man named Tom Patterson. Patterson’s infection—caused by a multidrug-resistant Acinetobacter baumannii—could not be treated by antibiotics. Comatose and in a near-death state, Patterson’s health deteriorated until UCSD receiving FDA approval to use unconventional phage therapy approach. Over the course of many months involving intravenous administration of ‘phage cocktails’ directly into Patterson’s body, doctors discovered that the infection was slowly fading, and that Patterson was able to recover from his coma.

Phage therapy’s success in Patterson’s experimental trial gives us much hope with regards to combating antibiotic resistant superbugs. The revitalization of phage therapy, however, reveals much more than merely an antibiotic drug problem. It is a crystal clear confession of how politically-driven censorship and suppression can act as a barrier to the advancement of medicine. In an effort to delegitimize Soviet science, the American medical community inadvertently rejected a real breakthrough. The long legacy of this politically-motivated blindspot asks us to think critically about how the progression of the antibiotic resistance crisis could have been different had the U.S. accepted phage therapy as a viable medical tool. What’s more, it forces us to ask ourselves about the possibility of other similar ‘miracle’ discoveries that were stifled or ignored. The history of medicine is not sterile. It is interwoven with the history of nations and global conflict.

MOHANNAD JABRAH B‘22 has a head cold.