Cappadocia and carving out homes 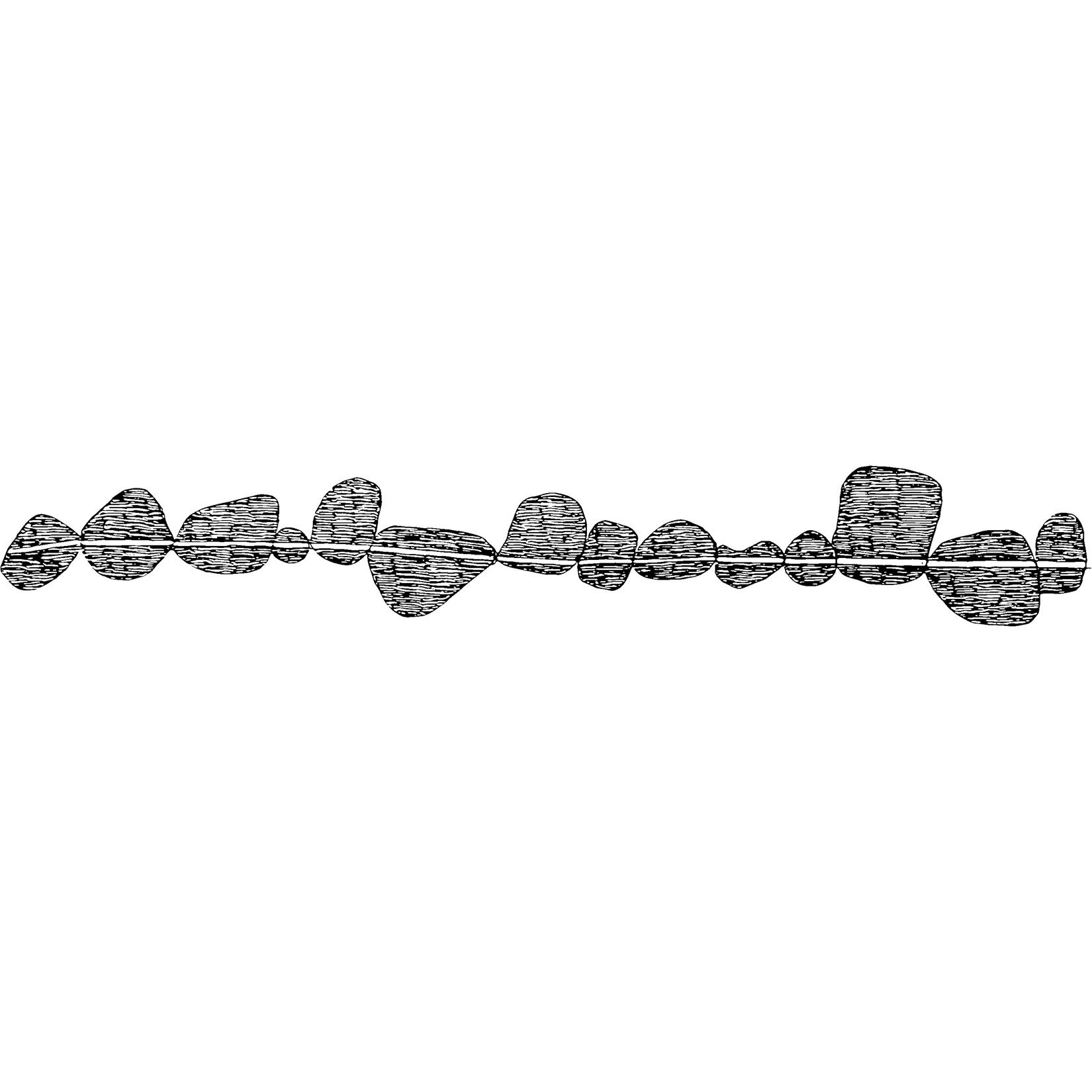 My mom’s name is Petra. Short for Petronella, it shares the Greek root “petros” with petrified, Peter, and petrol. Petros means “stone,” and my mom likes to say, as clichéd and cheesy as it is, that she is “my rock.”

The name does feel unusually appropriate for her in my eyes. She has collected striped rocks for as long as I can remember. Her favorites are usually smooth and grey and small enough to fit in an enclosed fist, with a distinct white streak. When I was little, I would scour the Dutch beaches where she grew up looking for stones to add to her collection. She amassed so many of them that they fill glass jars in her bathroom today. (I think she had to start secretly discarding rocks that I retrieved because there simply got to be too many.)

When I turned twenty, she gifted me a striped rock necklace, of which she has its matching pair. These stones and stripes link us to each other and her to her home.

When I was in elementary school, we made cave diagrams with Bugles. I glued them in rows like shark’s teeth to the mouth of my paper cave. We spent more time capping our fingers with the salty snacks and popping them in our mouths than we did talking about geological formations, but I’ll also never forget what stalactites and stalagmites are.

In Cappadocia, people used to live in giant stalagmites. It’s now a landscape of impossibly skinny mountains or impossibly tall buttes. A thousand years ago, humans slashed into the rocks to carve out their homes, and many of the dwellings remain. There are tunnels and engineered, arched rooms. Full underground city complexes hide beneath the rock. Although I’ve only seen photos, the tunnels alternately look like inflated insect hives and castle bedrooms. It’s a world of wobbly structures and shapes nestled in modern-day Turkey.

The people who originally burrowed into those giant stalactites eventually ended up moving past the region, leaving it open to others settling in or passing through. Its first occupants to leave written historical documents were the Hittite, when Cappadocia was a location along the Silk Road. Then the Persian empire invaded in the 6th century, to be overthrown by the Roman empire around 200 years later. Each saw new tenants settling into the burrows. Even more conquests followed: a Christian influx, the Seljuk Turks, and the Ottomans. All the while, the peaks of rock remained surrounding and sheltering people.

Later, in 1923, the Greek and Turkish governments imposed an official population exchange that displaced many Cappadocians to Greece, and produced a remote new language: Cappadocian Greek. Situated in a region dominated by Turkish, the language took on Turkish characteristics, but originally was related to Ancient Greek. It was thought to have died as people in the region adopted Turkish instead, but recently some who still speak Cappadocian Greek today were discovered. The language descends from both Western European languages and ones spoken further toward East Asia, a linguistic midpoint in a region that has hosted many groups over time, accumulating influences.

The rocks that these groups inhabited are layered: Kızılkaya ignimbrite above Cemilköy ignimbrite. The first is reddish and harder to wear down, while the latter is gray and more easily weathered; this combination creates the Cappadocian cones. There are “fairy chimneys” or “hoodoos”—naturally-occurring obelisks with almost spherical pinpoints at their tops. Less precarious peaks are smooth like enormous river rocks, a pure whitish-gray. Many are dotted with windows from the burrows within.

The houses do not default to box shapes. I can imagine that the people who lived there through the centuries took for granted these geological formations around them, while to me they’re unlike any house I’ve seen. My mom took her home with her in broken-off pieces, collected sediments. For the ancient Cappadocians, rock was also home, just here and now around them.

I first heard about Cappadocia from a podcast interview with one of my favorite writers, Elif Batuman, a year after I received the stone necklace from my mom. Batuman mentioned the place in passing, and I could have easily let the detail go unexplored. But I had been thinking around that time about how often I let people mention unfamiliar details and avoid interrupting the conversation to fill myself in. It occurred to me that this could cause me to miss out on a richness in these exchanges. I decided to Google this unfamiliar place she mentioned, and the images of natural rock spires stuck in my head long after I closed the tab. I kept mentally returning to this magical place, and it made me think of the thousands of other places like it that might exist.

My mom is an immigrant from the Netherlands, and our conversations have always been punctuated by idealistic statements about elsewheres. She often says, assertively, “someday I will live in a house by the sea.” She makes textile art about the tulip fields and horizon lines where she grew up: geometric expanses of hand-dyed fabric broken by vibrant stripes and calligraphy. She collects postcards depicting the flat Dutch landscape situated precariously below sea level and tacks them up for inspiration. “We are moving. We’re going to live here,” she would say about every place we visited on family trips, always with the same striking conviction. She is serially in love at first sight.

When my mom immigrated to the United States, I imagine she might have seen movement as a solution. There must have been something missing in her life in Holland, or at least something she sought. I always thought she would not have made a change as drastic as moving across the ocean without some dissatisfaction with her previous home. I wonder now if the United States struck her as more of a home than Amsterdam or Leiden or the rocky North Sea beaches. At the time, I doubt she thought about how her home might become fractured or multiplied. Now her collection of rocks includes Appalachian pebbles and rubble from the Maine beaches where my dad spent his childhood summers. She has accumulated a conglomerate of places she’s visited or lived in, and at the same time, these new places have created fault lines in her formerly singular home.

In a geology course, I learned that all striped rocks were at one point horizontal to the earth’s crust. I immediately thought of my mom’s collection, of lining up all the slender white stripes. Of course, it’s unlikely they all came from the same place, but I was interested in the idea that they had some origin aligned with the earth. There they could have been, horizontally stacked and attached, and then ever so gradually they broke off and apart, drifting and scattering.

There is a valley in Cappadocia comically called “Love Valley” where the fairy chimneys are distinctly phallic. The stronger red rock has worn less than the grey to form towers that fill a grassy landscape. Asparagus-like columns shoot up from the ground and appear surprisingly stable despite their thin trunks. Tourists flock to the valley to see this sculpted world and its strangely intentional rocks. Advertisements online show skies full of hot-air balloons. They float above the peaks, cheekily hinting that they might touch down to lightly tap each apex. A guide website called Captivating Cappadocia lists a categorization of fairy chimneys: “The Traditional Phallic,” “Elf Houses,” “Pyramid-ish,” “Dunce Caps.” I’m impressed with the imagination people bring to simple peaks, what people can see.

I wonder if it is possible to get over the places we aspire to visit. I don’t know when the image of Cappadocia’s peaks will leave my mind, if ever, and I don’t know if my mom will ever say that she’s happy exactly where she is. She never expected to stay in the U.S. She dreamed of visiting, and when she finally did, she happened to meet a friendly young architect on the plane (my dad). There is a difference between wanting to visit a place and wanting to live there permanently, and there is a difference between hoping to visit a place and having the privilege to actually access it. I asked my mom about this recently and she said, “When I studied film I wanted to go to America ‘cause it is the land of movies—wanted to make a road trip. Even at 25 when I went to the States I never expected to live here.” She was lucky to have the choice to stay, unlike many other immigrants, but it wasn’t necessarily a conscious decision, and it wasn’t based on how she had romanticized the United States before. She never actually experienced a moment of transition from desiring to be in America to desiring to stay; rather, it was something that happened to her in a series of events. Like the layers of Kızılkaya ignimbrite and Cemilköy ignimbrite, choices and moments had piled up—moving to Pittsburgh when my dad got a job there, deciding to go to grad school at Carnegie Mellon University, getting a job in a gallery there, eventually having kids, a dog, a house.

My mom was born on certain rocks and then moved to stand on others. I visited her Dutch stones, picked them up, and she and I carried them away, as water and wind and gravity did the same. Rocks can be solid enough to be mountains and Cappadocian homes. But they, like people, are also piecemeal and scattered. Sometimes we hold rocks so close that they rest above our hearts on lengths of string, and sometimes we leave the largest ones behind.

When I was little, I believed in God. I imagined a huge figure who cast the world in shadow, and his tears were rain. Now when I look at Cappadocia, I can’t help but see an image of a god-artist shaping the world. I love to imagine this sculptor, molding the hills. The landscape seems so intentional, so constructed by a mind, that this creation story is the most plausible to me. I see enormous hands squeezing the volcanic rock as if it were clay and forming lumpy, oversized stalagmites like drippy candlesticks. Thumbs smooth over the rock and pull it into tall peaks as the earth spins like an enormous ceramics wheel. When it’s done, the figure whispers to the the little humans, Go ahead, carve out your world.

ELLA ROSENBLATT B’21 just got a pet rock.