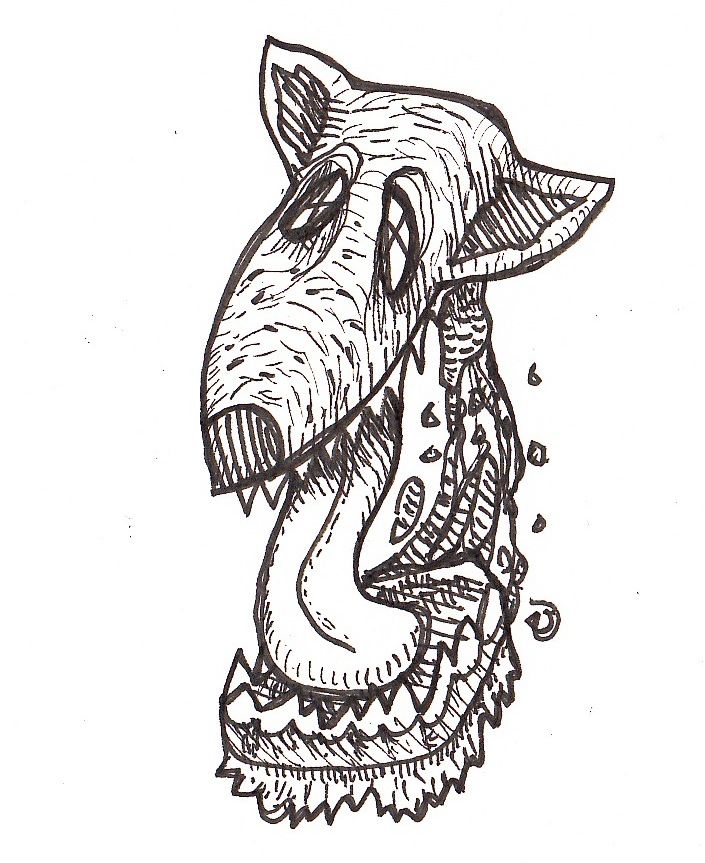 If you think you’re dreaming this, you can wake up now. And there’s no need to go back to sleep—because this week, we’re exploring issues from real life. Here’s the week in fantasy.

ICE, or the Israel Challenge Experience, is an adult military fantasy camp run by former Israeli Defense Forces soldiers at an undisclosed location on the Israeli coast. For $3,650, you can fire real guns, like a real IDF soldier, for 7 days straight.

During the typical  day—17 hours long, by ICE’s reckoning—you will practice shooting, learn how to construct a roadblock, conduct vehicle inspections, sniff out bombs, save hostages, and defend yourself using Israeli Krav Maga combat techniques.

Lest the comfort undermine the authenticity of your experience, ICE wants you to know that their night challenges will “give you the thrill of the action, as close to the real thing as you can get. This is no childs game.” Even though it’s camp.

Finally, ICE knows your friends might doubt your ability to perform “Mossad-Type Operations” like “stealing classified documents,” “planting listening devices”, all while “evading enemy capture”. Fear not, ICE has a videographer at all times to capture the “right out of a Hollywood movie” thrill of the tactical missions. “There is nothing more fun than viewing yourself in the action on your own TV.”

Chicago is deep in the Negev Desert. Chicago is an enigmatically-titled “Arab village” mock-up that has prepared generations of Israeli soldiers—the real thing, not fantasy role-players—for a number of the country’s banner operations.

Photographers Adam Broomberg and Oliver Chanarin recently spoke with the Israeli newspaper Haaretz about their work in the fantasy village. “Everything that happened, happened here first, in rehearsal: the invasion of Beirut, the first and second intifadas, the Gaza withdrawal, the battle of Fallujah,” Broomberg and Chanarin said. “A sense of fantasy inevitably slips in...the fantasy of the soldiers who built it.”

On its FAQ page, ICE responds to campers curious as to whether they “will get to actually patrol in enemy territory”:

“You can leave the truly dangerous stuff up to the Israeli Army, they know what to do. You will be training to do what they do, simulating combat and tactical experiences.”

Under no other circumstances would we gladly scan over low-resolution photographs of what would look to be the corpse of a warm-blooded, four-legged animal. But this is the chupacabra, that selfsame goat sucker of Puerto Rican lore. The apocryphal beast arises here and there from time to time, in one or another seedy corner of the internet—semi-artful photoshops, shaky handheld footage of a quick-moving animal, pixelated stills of sunbaked road-kill. Just around the corner from Halloween, the town of Picayune, Mississippi has had a chupacabra sighting.

“If a zombie had a dog, it would look like that.”

So says Jennifer Whitfield, the Picayune resident who captured the creature on tape. She and her son filmed the alleged beast as it fed near her home. We see a gray, tuft-haired canine at the edge of the woods, chewing on something before running back off into the trees. It is certainly wretched. Of all God’s creations, this seems one of those forgotten. Not to dispute Ms. Whitfield on a semantic-analogical point, but the Picayune Chupacabra looks more like if—by some gypsy’s curse—a wolf were made to live the rest of its life as a wet cough. The Picayune Chupacabra looks like Balto as he begs for death.

“If you were forced to build a rough model of your childhood pet using only coat-hanger wire and the meat from a stadium turkey leg, it would look like that,” I say aloud to myself.

The good people of the Mississippi Department of Wildlife, Fisheries, and Parks are, however, less than willing to play suppose alongside the rest of Picayune’s residents. They’ll have none of the chupacabra, thank you. More likely, they say, it is a coyote with a case of mange. Sgt. David Burnette: “It’s probably sick, weak, and not able to hunt on its own, so it’s going to the nearest food source it can find.” A quick reality-check and all our fun is immediately wiped out from under its own legs. By a cruel joke of both nature and myth, a cryptic creature demystified becomes an unpretentious animal with what looks to be a very painful skin condition.

And therein lies the formal problem and constant frustration of the cryptid more generally (cryptid being the object of cryptozoology, the study of creatures whose existence is not scientifically recognized). The second one sees a headline about the discovery of a real, wild Bigfoot is the second before the second one learns the truth of the horrifying hoax—examine any closer and you’ll find a gorilla costume stuffed with dead possum and slaughterhouse leftovers. Your sonar image of the Loch Ness Monster is in fact an algae bloom. Your jackalope is a clumsy taxidermy. Your chupacabra is a shitty photo of a dead dog. - DD

A Raleigh, North Carolina fantasy football team manager (if you’re going to craft a fantasy world, might as well give yourself a position of power) just raised the stakes of the game, dragging his neighborhood into a sordid hostage-taking plot.

Since the first league, the GOPPPL (Greater Oakland Professional Pigskin Prognosticators League), was formed, American Fantasy Football, wherein general managers draft players from the real NFL roster, has grown exponentially—now ESPN, Yahoo, and the NFL itself provide statistics and platforms to participate while following the football season, currently in its 9th week. With such major actors at play, it’s easy to lose sight of the personal stories and passions that drive the game.

Case in point: Joe and Bob* live next door to each other in Raleigh, NC. Where they are in a fantasy football league together. A recent Craigslist ad suggests that Joe’s team, now just past the midpoint of the season, is not doing very well—a team consisting of ”a bunch of waiver wire garbage (i.e., new running back for the winless Bucs), one half of a running back by committee (i.e., Fred “Fucking” Jackson), and a wide receiver who’s one sniff of glue away from being suspended for the year (i.e., Josh “I Wish They Would Legalize Pot In Ohio” Gordon).” It is as of yet unclear how Joe managed to select such a lineup.

The ad weaves a backstory of friendly cooperation gone wrong. Before a recent trip to IKEA, Joe asked if Bob needed anything. Bob asked for some nice picture ledges, and Joe happily obliged, before realizing that he and his neighbor are now, in the world of fantasy football, bitter enemies—their teams are facing off this week, and he is distinctly at a disadvantage. Not only is Joe’s team just terrible; Bob’s appears to be quite good.

So our hapless hero took to Craigslist to post an ad for the ledges. After chronicling the specifics of the fate that brought such a measure about, he wrote,

[W]hat does this have to do with picture ledges from IKEA? Well, I decided to hold them ransom from my neighbor unless he agrees to bench Lynch and Moreno and replace them with Darren McFadden and Bryce Brown. If he doesn’t fulfill my request, I will sell the stupid-ass picture ledges to someone else in the Raleigh-Durham area.

Now, it seems, Bob has three options: 1) Acquiesce to his neighbor’s demands and drink the bitter draught among some nice picture ledges; 2) Pay the ransom ($19.98, double the original price) and gleefully trounce his rival; or 3) Give up on home decor. There’s no space for that in wartime. This quiet neighborhood has become a battlefield. -EW

*Names have been changed. It is not, in fact, clear Joe is a man, since the post is entirely in first person, but for the sake of clarity, here we go.